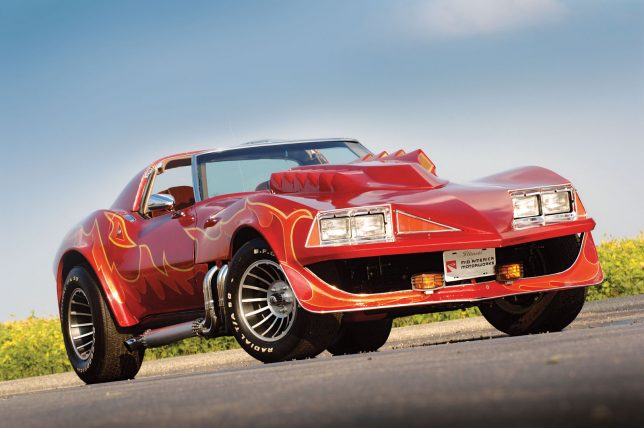 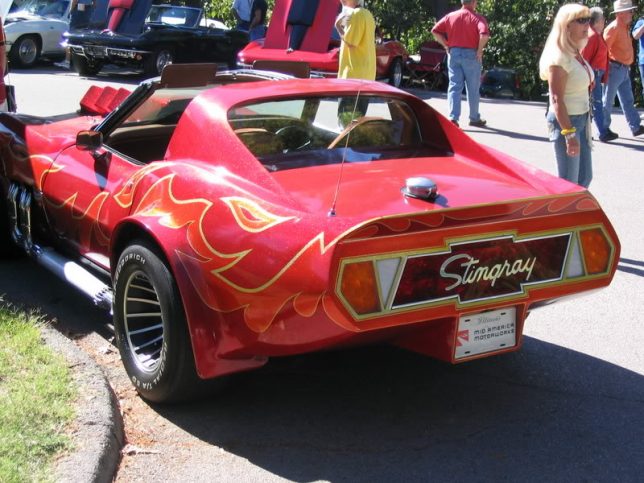 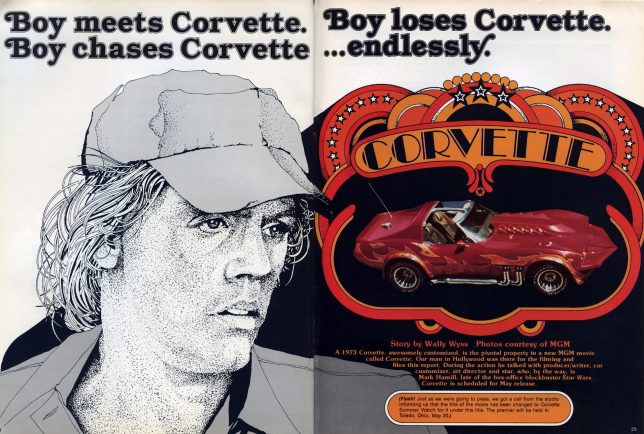 Corvette Summer starred Mark Hamill, who evidently was hedging his bets in case this geeky “Star Wars” thing didn’t pan out. Maybe in some bizarro world the equivalent of Disney’s busy cranking out prequels and sequels to Corvette Summer but where WE live, this 1978 tale of a missing high school auto shop project stands alone. As for the featured Corvette, well, let’s just say the C3 generation (1968-82) was a product of its times and auto shop sure ain’t what it used to be.

Released in 1997, Boogie Nights starred Mark Wahlberg and a Competition Orange 1977 Corvette Stingray coupe. Dirk Diggler (Wahlberg’s character) thinks he’s living the American Dream (and driving the car of his dreams) but for both car and driver, what goes up surely must come down. Er, if you saw that movie you’ll get that reference. 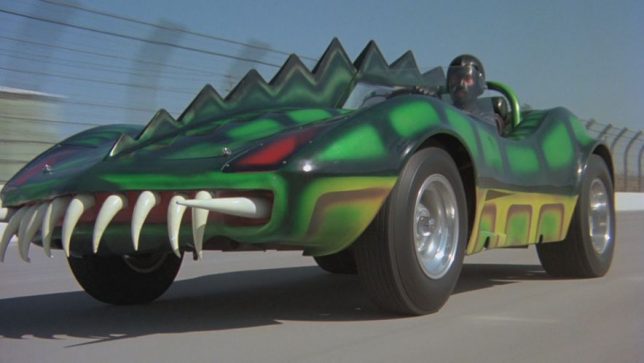 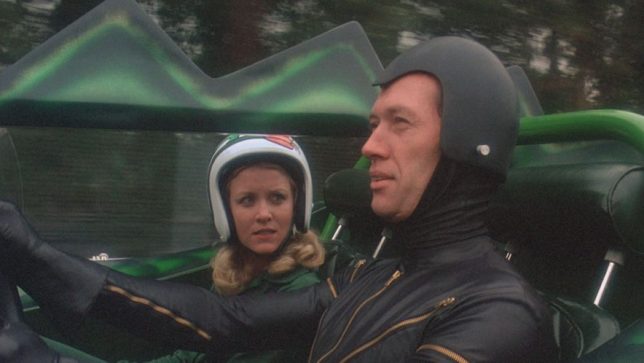 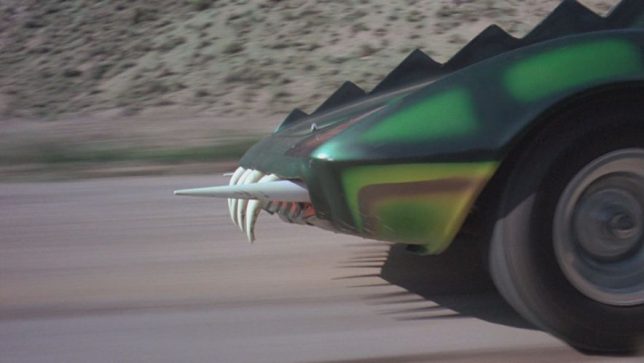 Think Mad Max with Corvettes and comedy: that’s Death Race 2000 in a nutshell. Set in a dystopian future (are we there yet?), this Roger Corman-produced flick from 1975 was a drive-in classic… not counting all the poor saps who were driven-into ON the screen. As for the cars, the dino-riffic “Monster” steered by “Frankenstein” (aka David Carradine) may have looked like a Corvette but it’s actually based on a Dick Dean-designed Shala-Vette powered by a Corvair engine. Presumably GM and their lawyers were cool with this. 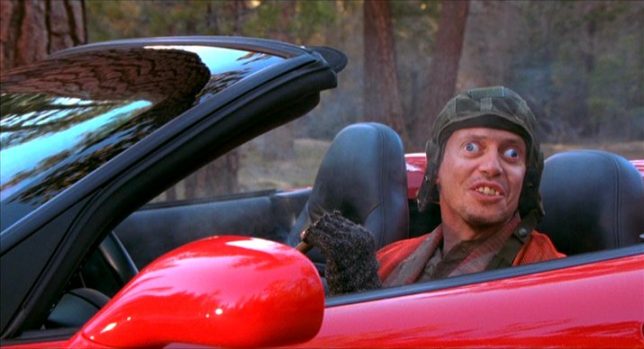 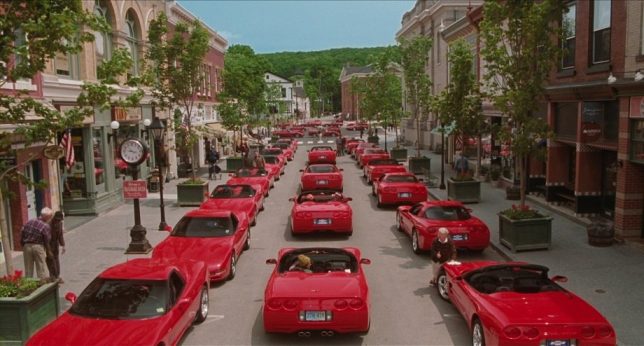 That’s Model Year 2000 Corvettes, not 2,000 actual ‘vettes… though Longfellow Deeds’ mythical home town of Mandrake Falls probably had more than a couple thousand residents. “Mr. Deeds”, Adam Sandler’s 2002 film VERY loosely based on Frank Capra’s award-winning 1936 film Mr. Deeds Goes to Town, ends on a high note as Sandler’s character buys everyone in town a red Corvette – so much for ‘vette owners standing out in a crowd. 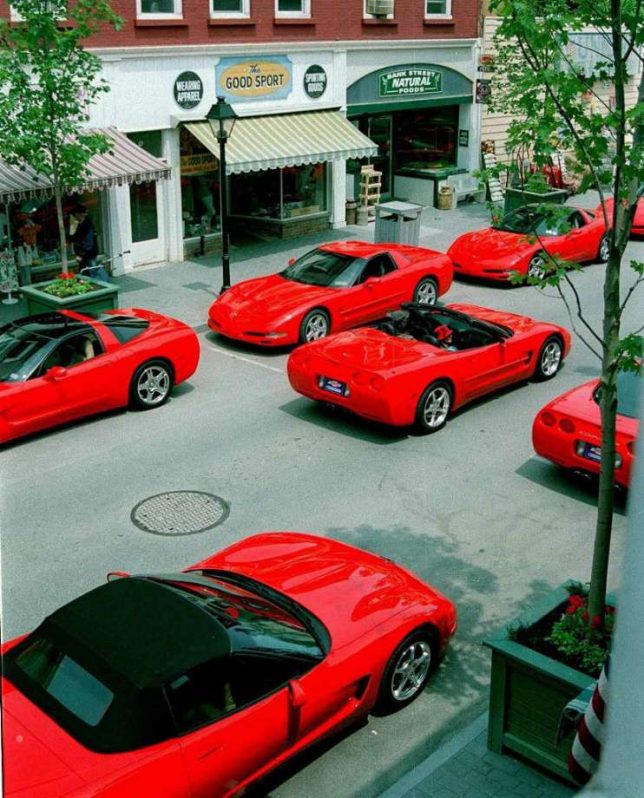 Rumor has it the film’s producers took out ads offering $400 to any owners of red C5 (1997-2004) Corvettes agreeing to lend their rides for the penultimate photo shoot. One wonders if they had any trouble finding their cars after the director called “CUT!”