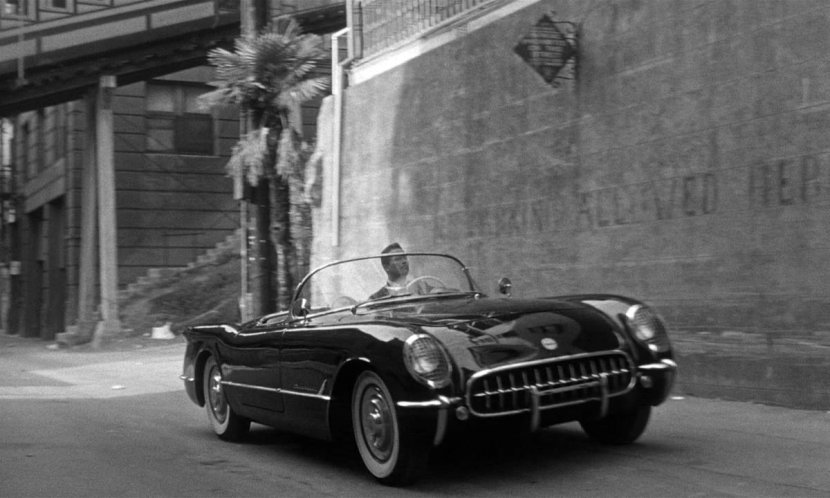 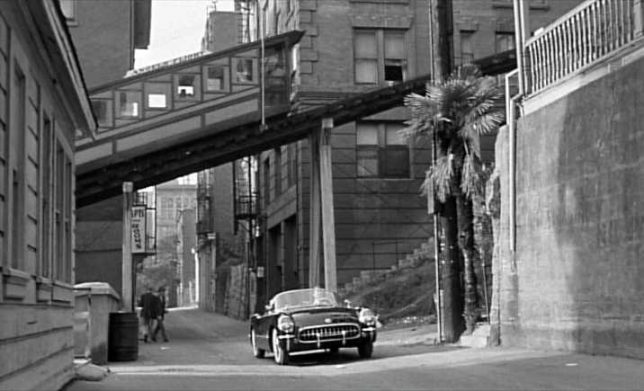 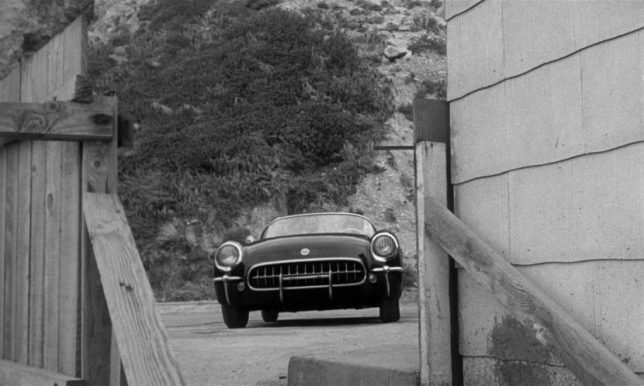 One of the Corvette‘s first film appearances was in the 1955 film noir classic Kiss Me Deadly. Directed by Robert Aldrich, the movie starred Ralph Meeker as Mickey Spillane’s hard-boiled private investigator Mike Hammer. The latter roamed the mean streets of Los Angeles in his 1954 Corvette, one of only 3,640 manufactured that year and one of only FOUR painted black. 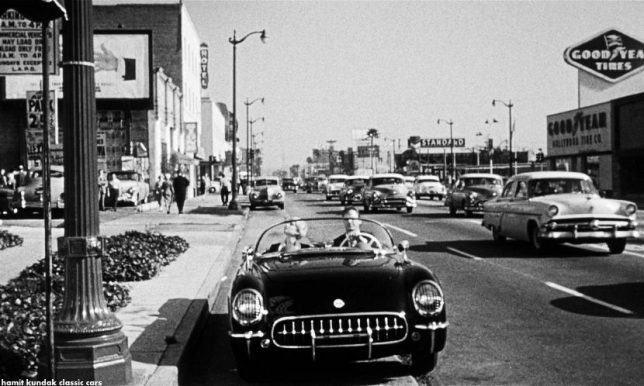 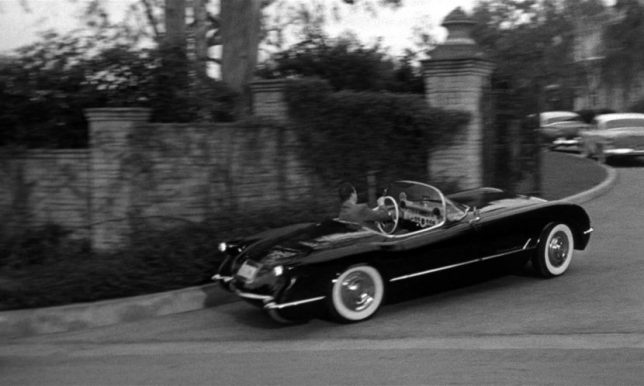 Hammer’s black ‘vette may have looked cool but performance was anything but hot due to the pedestrian Stovebolt Six engine under its fiberglass hood. GM introduced a V8 for 1955 but limited model year production to just 700 in order to move the rest of the slow-selling ’54s. Even so, Hammer’s sleek (for the times) ride definitely added badly-needed panache to a niche model whose future was very much in doubt. 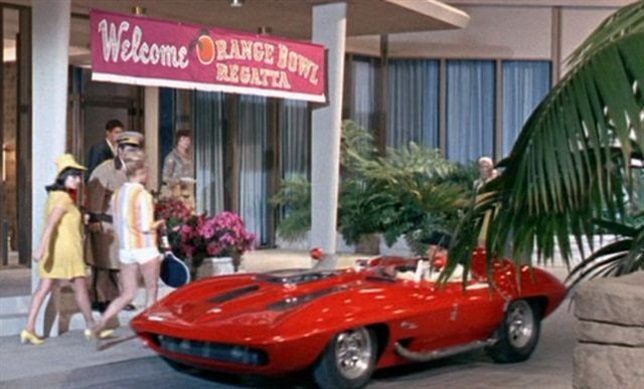 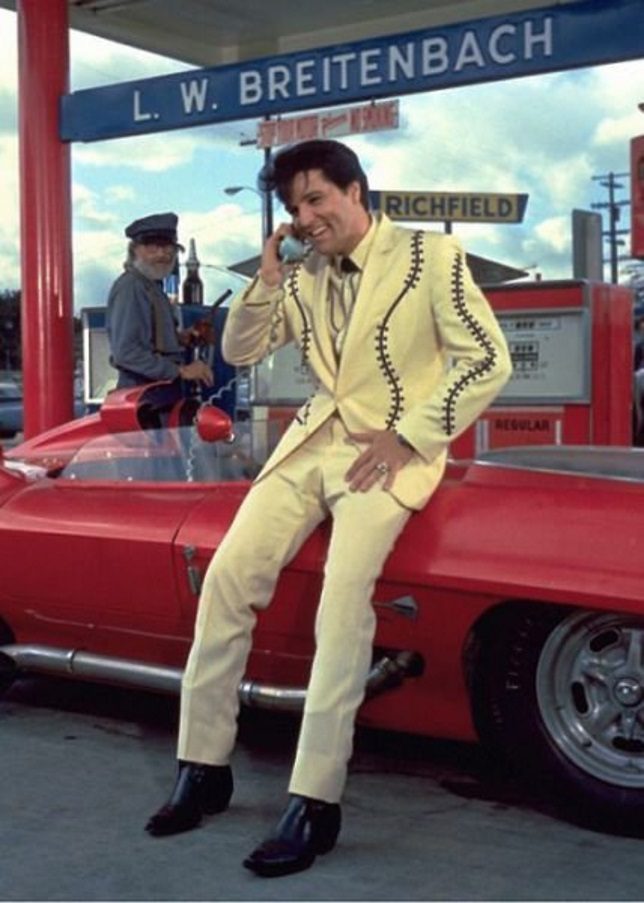 “Hey buddy, where’s the gas cap on this thing?” Built in 1959 “to test handling ease and performance,” the Corvette XP-87 racer won an SCCA National Championship in 1960. It was then modified with the addition of a passenger seat and made the rounds of the auto show circuit. 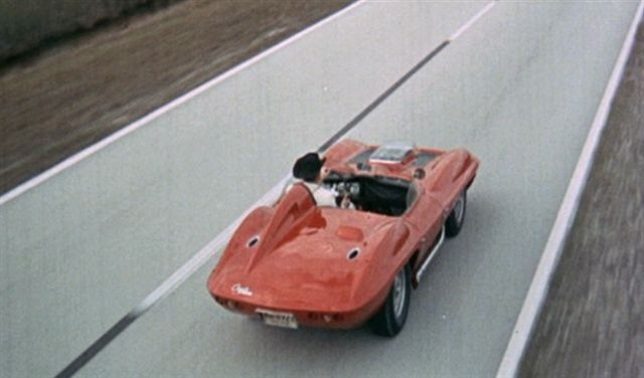 The XP-87 bowed out in grand style, appearing in the 1967 film Clambake as the private car of Elvis Presley’s oil tycoon character. Thank you, XP-87, thank you very much. 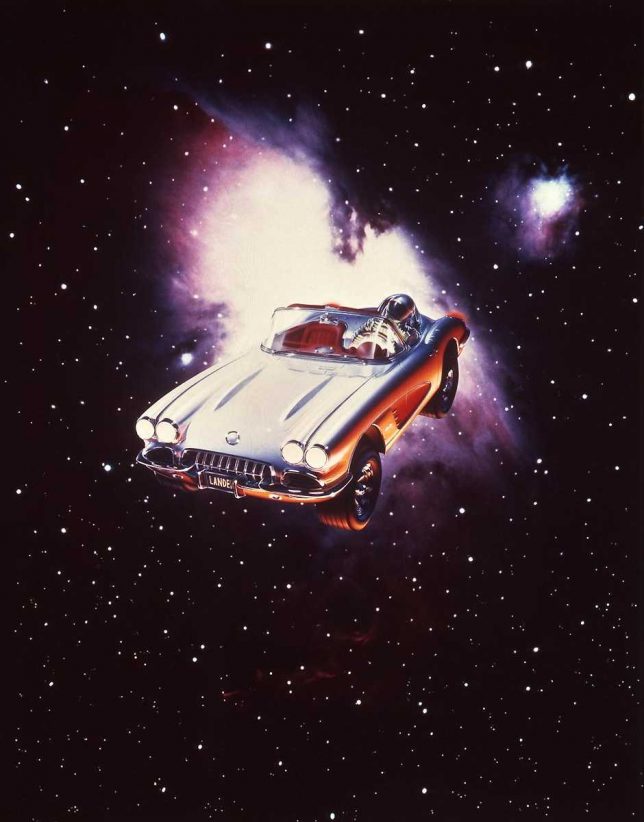 “You can hedge your bet on a clean Corvette”… Heavy Metal – the 1981 animated sci-fi fantasy film produced by Ivan Reitman and inspired by the eponymous graphic magazine, featured a 1960 Corvette but if you arrived a few minutes late to the movie theater, you probably missed it. 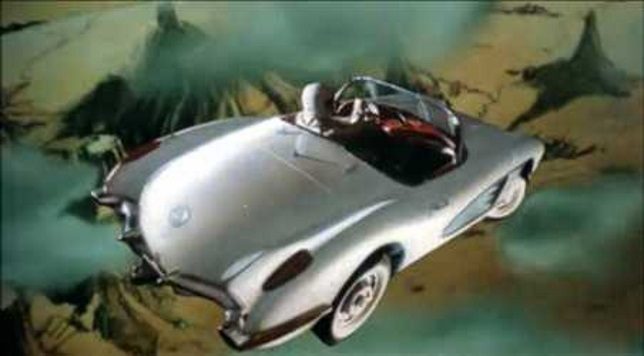 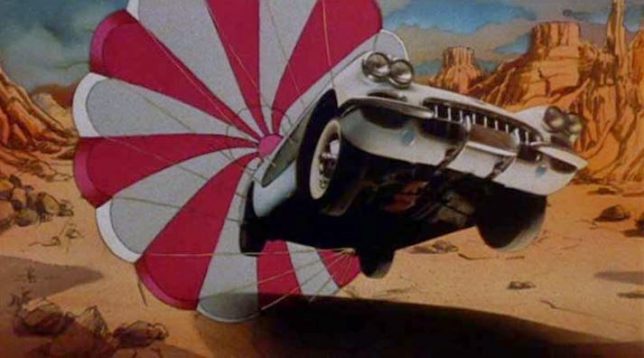 Here’s a link to the ‘vette’s impressive entrance (dude totally sticks the landing!) in which it literally brings evil to the world in the form of the glowing green loc-nar. Mustang owners most definitely approve.