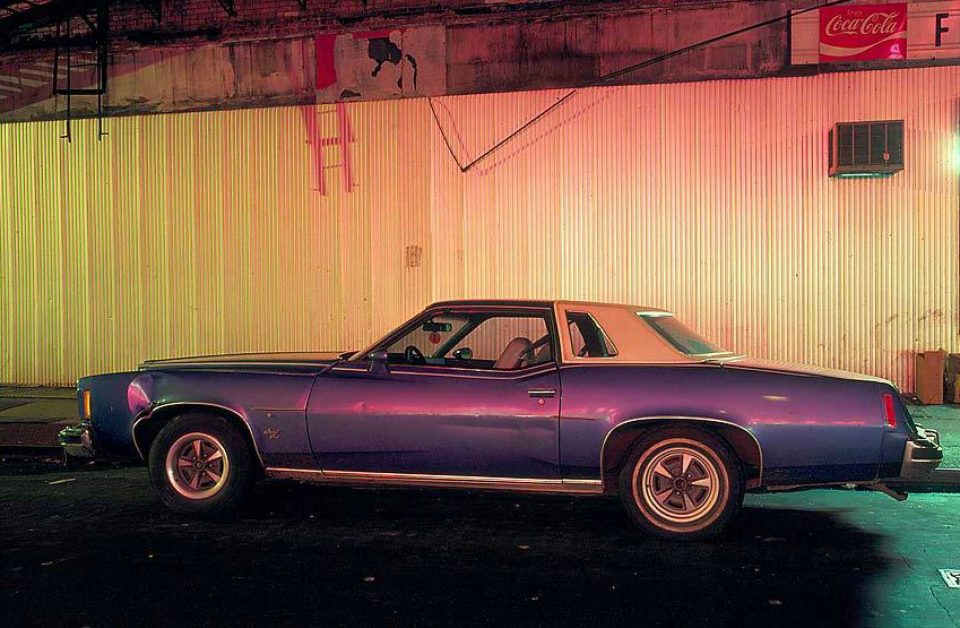 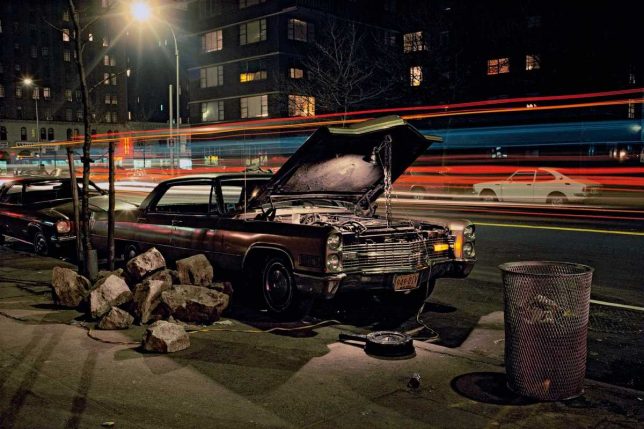 New York City in the 1970s was a city on the slippery slope to disaster; a major metropolis whose decline into bankruptcy, pervasive corruption and rampant crime portended a grim dystopian future fit for the likes of Snake Plissken. Armed with only his trusty Leica camera and rolls of Kodachrome film, Langdon Clay ventured into the Big Apple’s littered streetscapes, finding a fitting iconography for troubled times amongst the oft-filthy and snow-encrusted parked cars sheltering under the unforgiving glare of sodium-vapor streetlights. 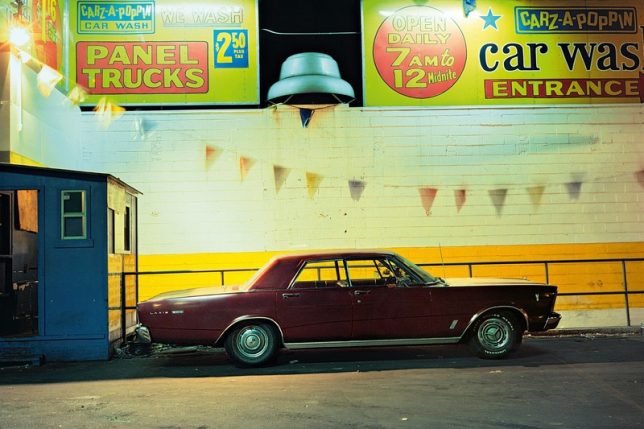 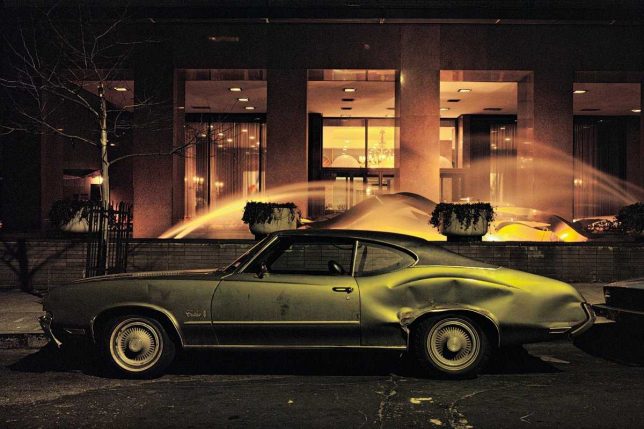 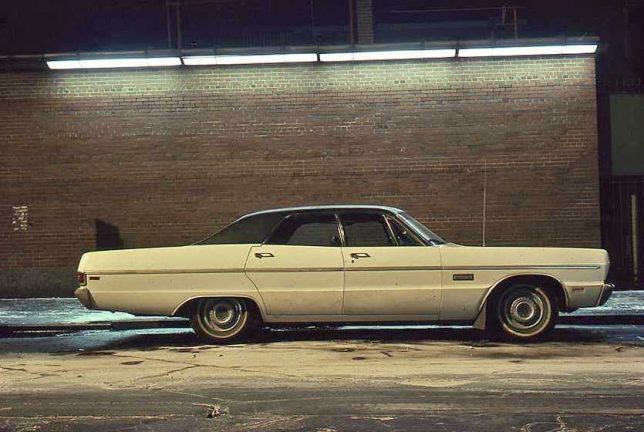 Langdon Clay, a native of NYC born in 1949, grew up in New Jersey and Vermont before moving back to the city of his birth in 1971. Like many photographers of the era, Clay cut his teeth on black and white composition but once immersed in New York’s unique urban milieu, inspiration struck. “I experienced a conversion of sorts in making a switch from the ‘decisive moment’ of black and white to the marvel of color,” relates Clay, “a world I was waking up to every day. At the time it seemed like an obvious and natural transition. What was less obvious was how to reflect my world of New York City in color… I discovered that night was its own color and I fell for it.” 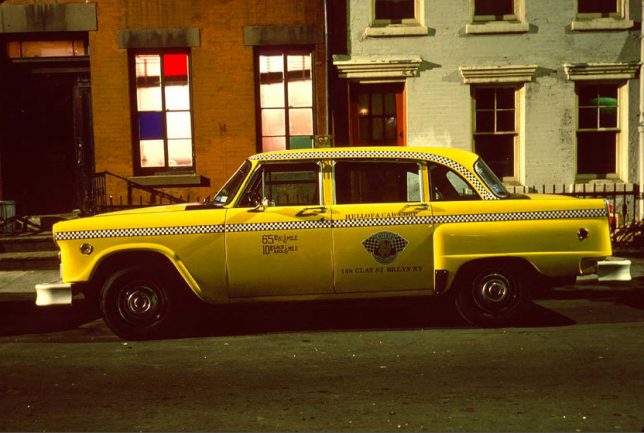 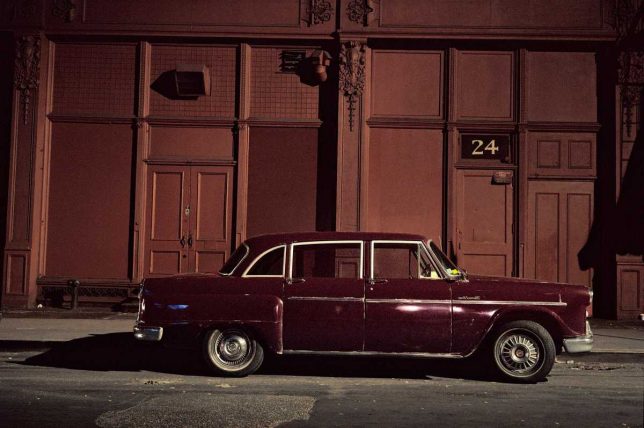 From 1974 through 1976, often in winter and always after dark, Clay roamed the streets of New York and nearby Hoboken, New Jersey seeking out likely land-barge subjects. Most – though not all – of his photos depict used and abused Detroit iron of the Malaise Era with a few stubborn survivors of the Space Age tossed in for good measure. Of course, no expose of New York’s cars would be complete without a Checker or two: the pair above includes one once-ubiquitous New York cab and a rarer, privately-owned Checker Marathon. 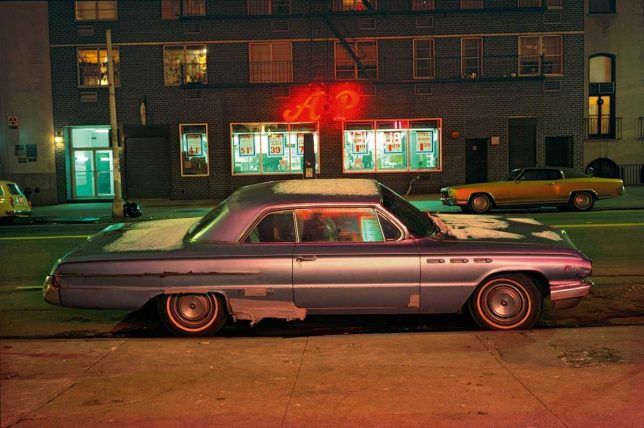 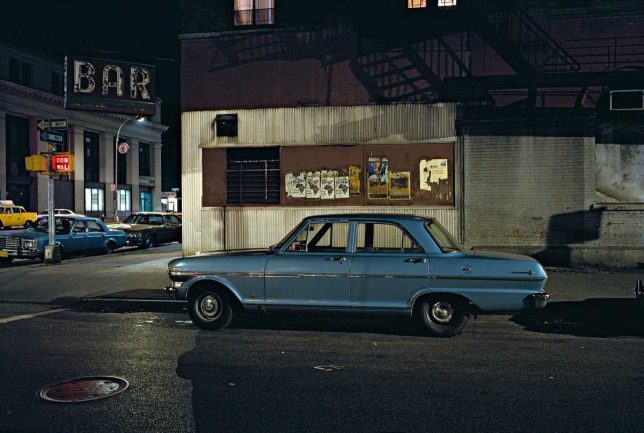 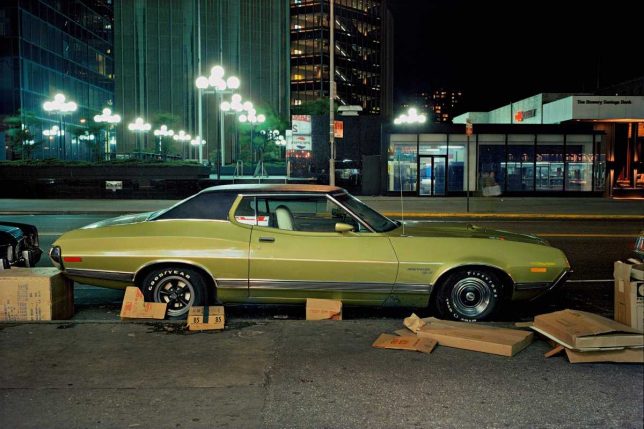 We’re not sure why it took Clay forty-odd years to publish his collection of mid-seventies car photos… perhaps, like fine wine, a significant passage of time was required to imbue his subjects (and their surroundings) with the flavor of their long-passed era. In the event, “Cars – New York City 1974 – 1976”, published by Steidl, features 96 photographs spread over 132 pages.