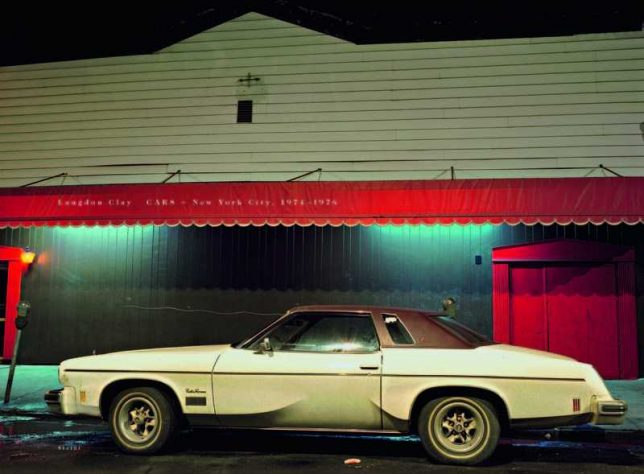 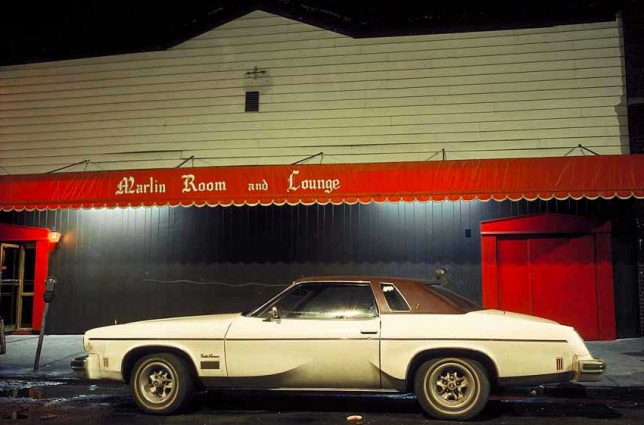 The cover photo of “Cars – New York City 1974 – 1976” features an edited photo of the “Marlin Room Car, Cutlass Supreme in front of the Marlin Room and Lounge connected to Clam Broth House, Hoboken, NJ, 1975.”  The merry Oldsmobile, either a 1974 or 1975 model, stands out by virtue of its apparent newness – cars age VERY quickly in New York City. The Cutlass also sports those distinctive trademarks of Detroit’s depressing Disco Decade: federally-mandated 5mph bumpers, a vinyl roof and opera windows. 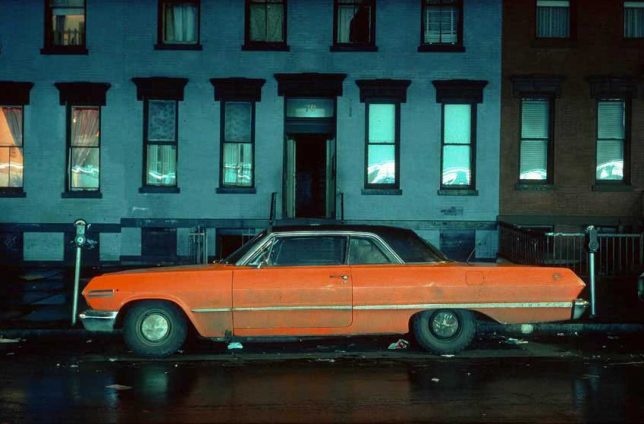 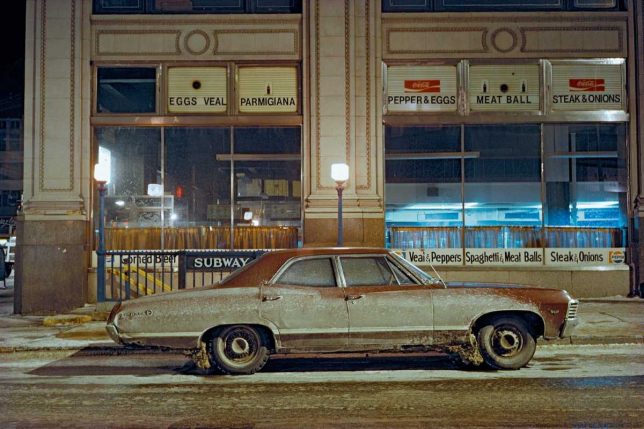 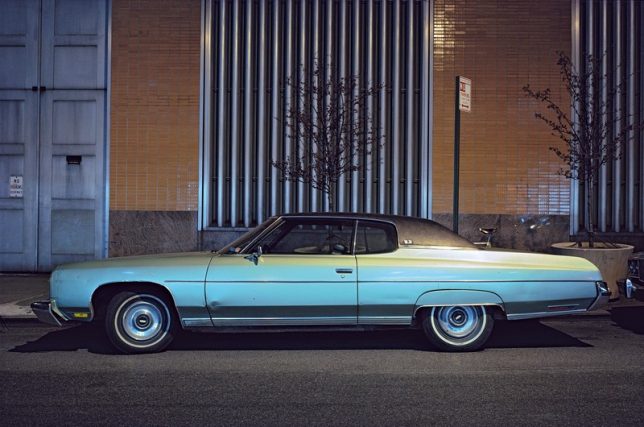 Indeed, the times were different and so were the cars. For decades, Detroit’s Big Three (GM, Ford and Chrysler) updated styling on an annual basis with most major model updates following a three-year cycle. So-called “planned obsolescence” necessitated frequent updates by car-buyers as well, though the mechanical simplicity of Sixties and Seventies automobiles allowed those on a budget to keep their rides in motion even as the design cycle passed them by. Back then, Chevrolet really was the “Heartbeat of America”… no federally legislated pacemaker required. 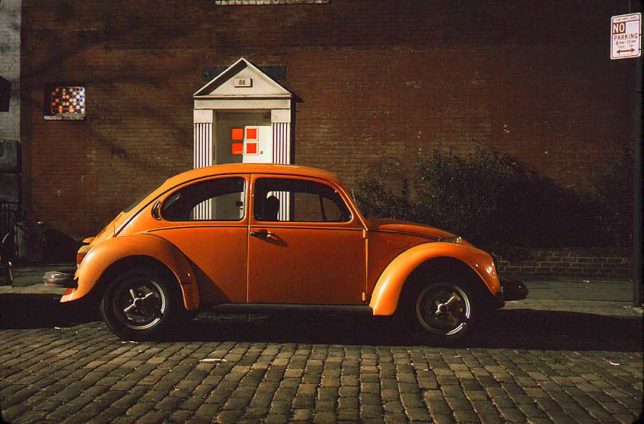 Mind you, the era boasted a vibrant car counter-culture epitomized by Volkswagen’s bulletproof Type 1 “Beetle”. In production from 1938 through 2003 and displaying minimal visual changes over the decades, the much-loved Bug was the ideal low-budget urban commuter vehicle and Clay couldn’t avoid stumbling across a Beetle or two in his travels.