Fans visiting Disney World’s upcoming Star Wars Land expansion, set to open in 2019, will have the opportunity to immerse themselves even more deeply into the fictional universe in an almost Westworld-style experience. At its D23 Expo in Los Angeles this week, Disney announced a new Star Wars-themed hotel where every window will offer views of ‘outer space,’ every employee will be in character, and every guest will be the protagonist of their very own Star Wars storyline. 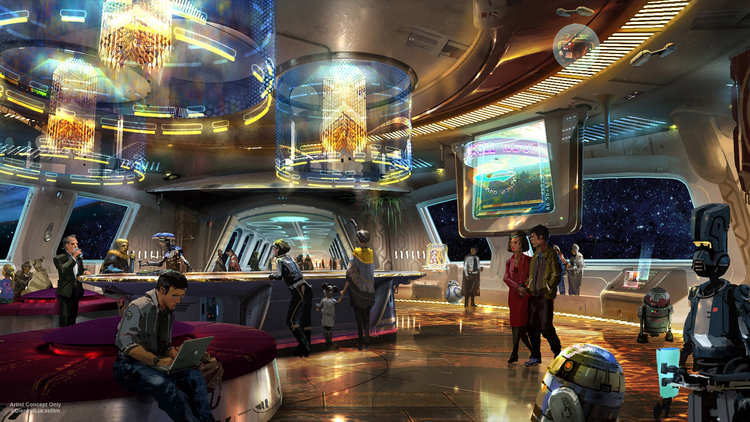 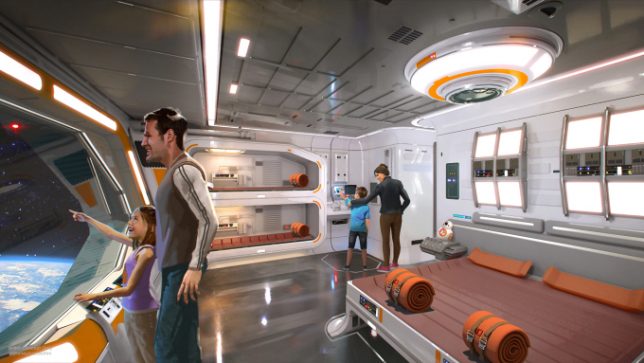 Premiering as part of the new Disney 360 vacation concept, the hotel will be a ‘living adventure.’

“It’s unlike anything that exists today,” says Bob Chapek, Chairman of Walt Disney Parks & Resorts. “From the second you arrive, you will become a part of a Star Wars story! You’ll immediately become a citizen of the galaxy and experience all that entails, including dressing up in the proper attire. Once you leave Earth, you will discover a starship alive with characters, stories, and adventures that unfold all around you. It is 100% immersive, and the story will touch every single minute of your day, and it will culminate in a unique journey for every person who visits.” 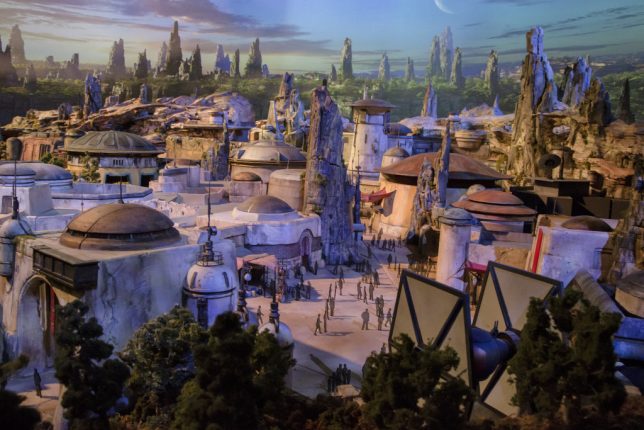 Disney also unveiled models of the new park along with its name, Star Wars: Galaxy’s Edge. The park will also be an interactive experience with each guest as a character – so you don’t have to stay in the resort to enjoy that aspect of the action, but it certainly seems like it would add to the overall effect.

“One attraction will make you feel like you’re on a Star Destroyer inside a hangar bay. It’s an attraction built on a scale we’ve never done before.

The second attraction will give guests the opportunity to fly the Millenium Falcon, piloting the ship, shooting blasters or preparing for hyperspace – all while completing a critical mission. But how you perform on the mission holds even bigger stakes: perform with skill and you may earn extra galactic credits, while bringing the ship back banged up could put you on the list of a bounty hunter. End up on Harkos’s list and you may face a problem if you show up at the local cantina!”