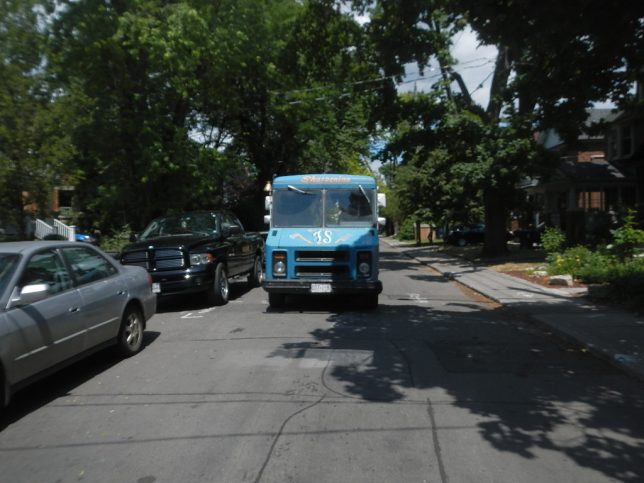 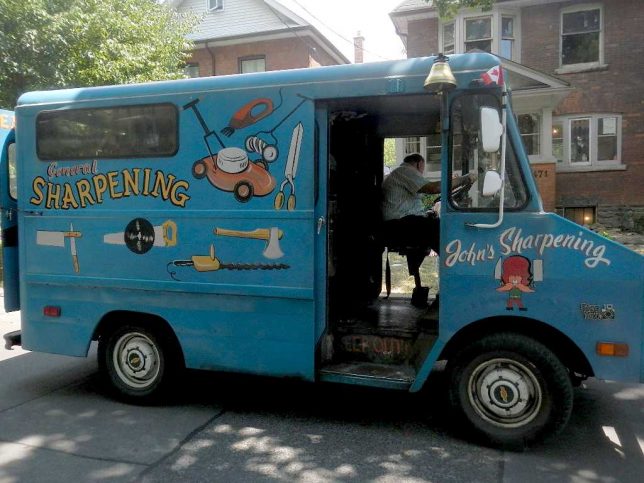 Do not ask for whom the bell tolls; it tolls for thee… so grab those gummed-up garden shears, sticky scissors, crusty cleavers or whatnot and hustle out to the General Sharpening van. Or the John’s Sharpening van – we’re not sure which is which as both names are painted on the owner’s sky-blue step-van. Call him “General John” to be safe. Anyway, check out the awesome retro brass bell mounted over the open passenger-side door! We bet that’d make an awesome ring tone for conflicted luddites. 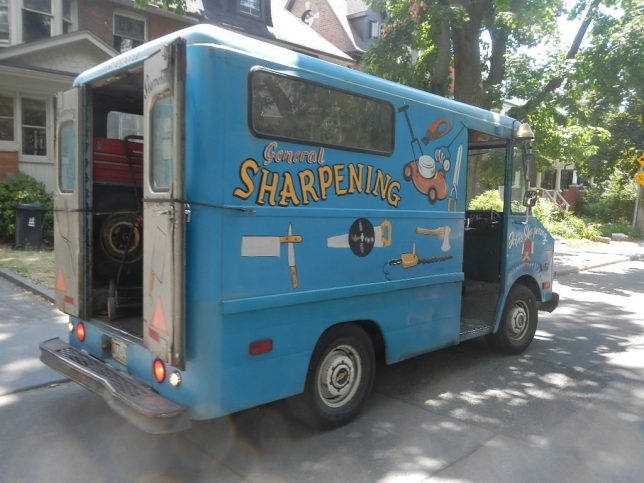 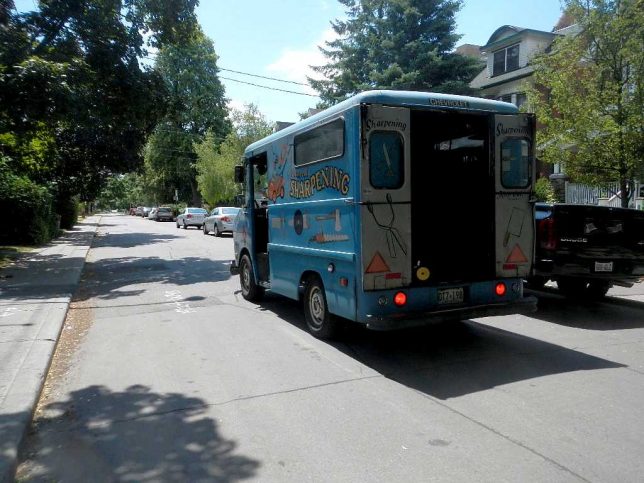 Flickr member HIMY SYeD snapped six photos AND recorded an 18-second video of the van as it proceeded down leafy Gladstone Avenue in Toronto last July 9th of 2012. As the photographer seemed to be chasing the van, perhaps he was a little late lugging his lawnmower down to the curb.

Nose To The Rolling Grindstone 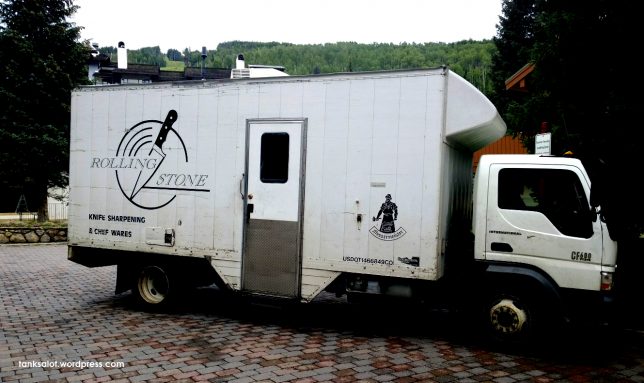 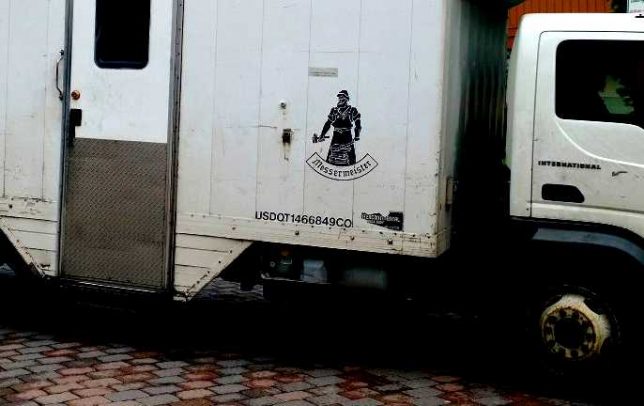 What the heck is Rolling Stone sharpening inside that huge-ass five ton truck? Guillotine blades? Sequoia saws? Then there’s that black “Messermeister” blacksmith logo… creep ya out much? Kudos to photographer Jonathan Schneider and Tanks A Lot for snapping the above jumbo blade runner from Vail, Colorado. Tanks a lot for the nightmare fuel, guys. 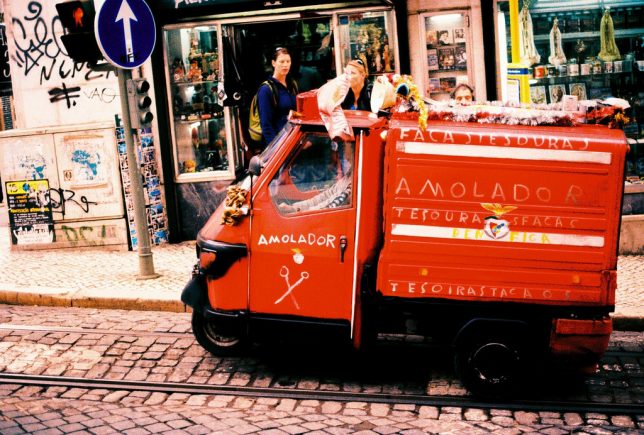 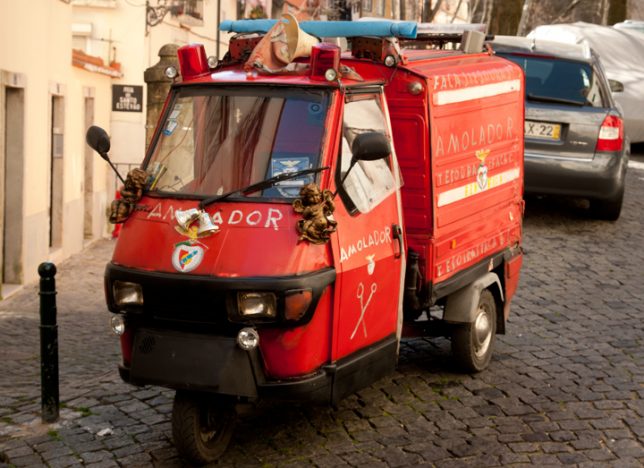 Sharpen the knives, Benfica plays tomorrow! Ya gotta love this three-wheeled Amolador (“grinder”, in Portuguese) van from Lisbon, Portugal, captured by Flickr member Nic Walker (nic0) and Foto Jumento, respectively. The folksy hand-drawn text and symbols are nice but the famous Benfica football club logo takes the cake. Cuts it, too, one would imagine.