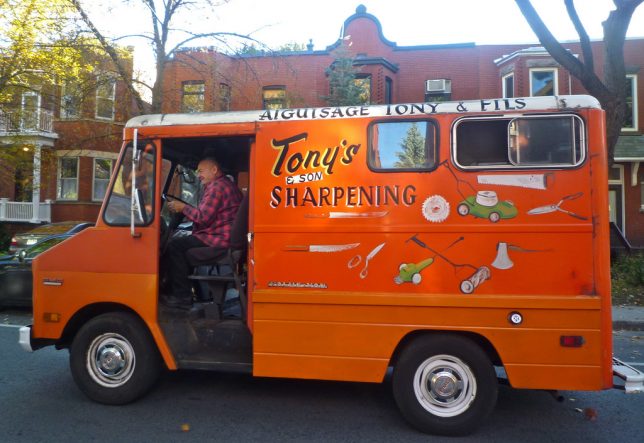 Sharpen it again, Tony? The prominent French signage for Aiguisage Tony & Fils (Tony & Son Sharpening) means this must be Montreal, Quebec. Flickr member Coyolicatzin snapped Tony’s van – featuring a flannel-shirt-wearing Tony at the wheel of his GMC Value Van – in early October of 2014, just in time for hockey season. 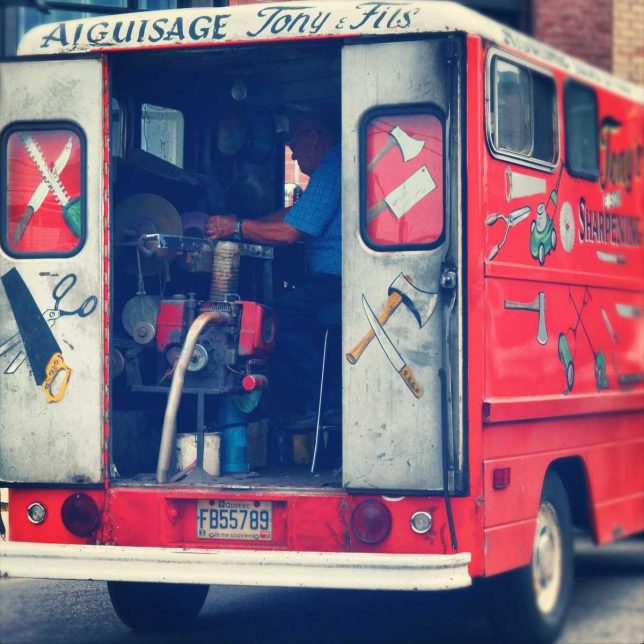 Oddly enough, Tony doesn’t feature a folk-art ice skate among the assortment of metal-edged items depicted on the sides of his van, though no doubt he can handle any and all skate-sharpening requests that come his way. 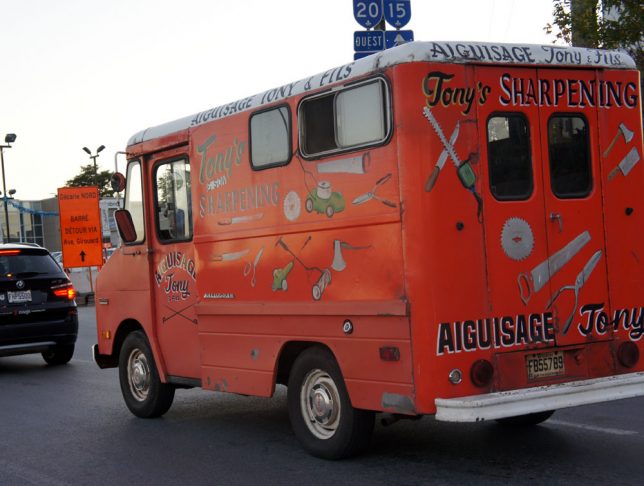 Coolopolis snapped the Tony’s Sharpening van which by the looks of it appears to have survived a war or two. That reminds us to remind you to bring out your halberds, battle-axes and spears when you hear the bell or spy Tony’s bright orange van coming down your street. 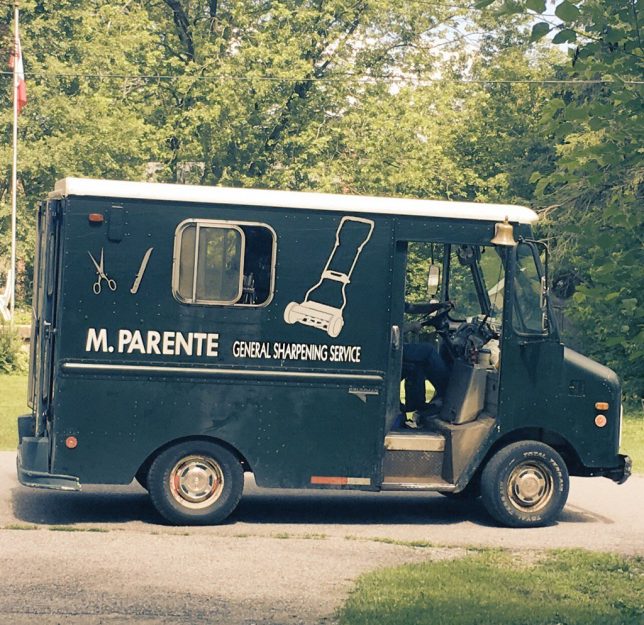 “What a great #SurveillanceVehicle idea,” observes former automotive journalist and blogger Keri Potipcoe of M. Parente’s General Sharpening Service van. The purported blade-sharpening truck was spied (pun intended) on August 2nd of 2017 by Potipcoe, who posted her photo at her KeriBlog Twitter page and gave us all further food for thought. 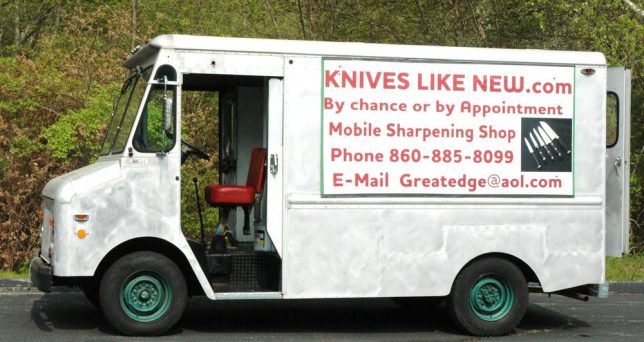 Blade-sharpening vans may be throwbacks to a simpler era tech-wise but that doesn’t mean savvy operators are mired in the past. Take Knives Like New.com of Mystic, CT, who cover all the tech bases by advertising their website and e-mail address on the sides of their rough & ready van. By the way, the van may look scruffy but the grinding equipment inside is solar-powered, presumably by solar panels installed on the roof. 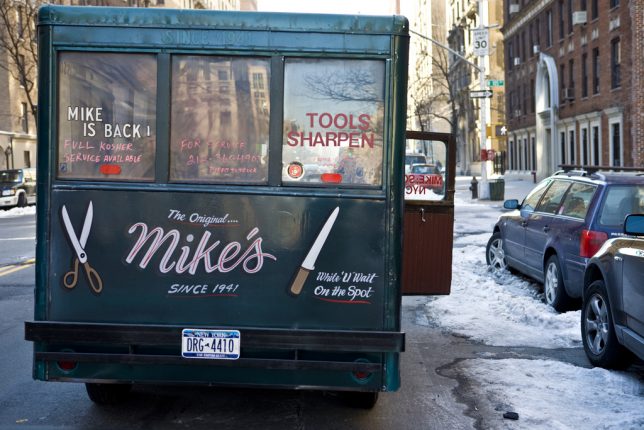 Mike P of Mike & Sons Sharpening Service is big on tradition – note the “Since 1941” proudly painted on his van. NYC just wouldn’t be the same without Mike’s van cruising The Big Apple, blade-grinders primed and ready for business. 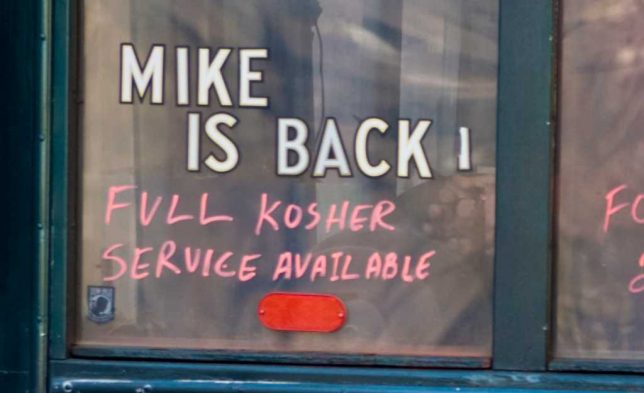 He respects other traditions as well, if the “Full Kosher Service Available” notation is any indication. We’re not sure what kosher knife sharpening entails but hopefully it’s NOT snipping the tips off your blades.