Building on the strategy of the Roosevelt Island Tramway (connecting to Manhattan over the East River), this proposal promises record commuting times, bypassing subways, streets and ferries to use the sky instead. 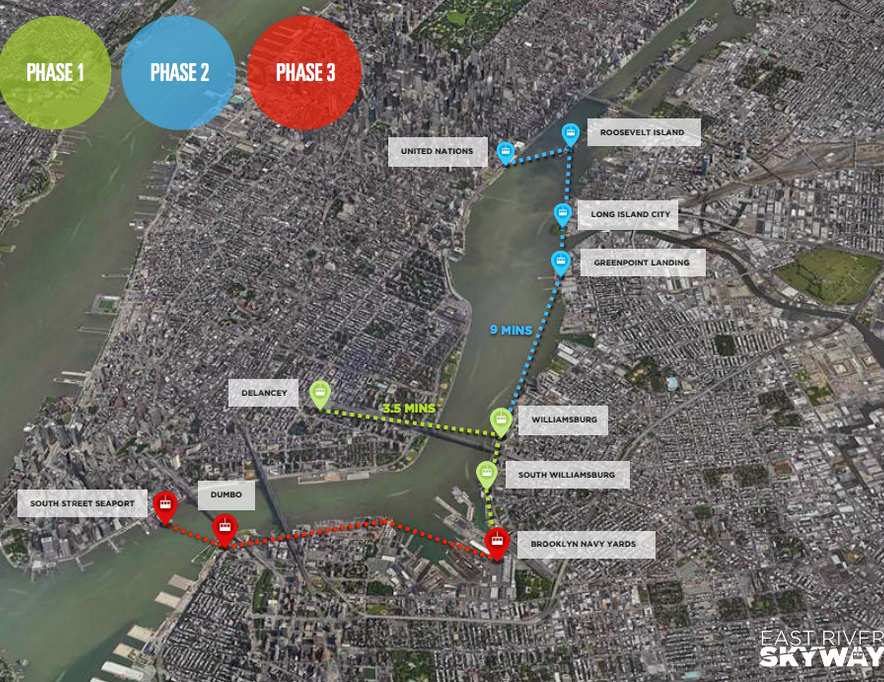 The East River Skyway project aims to make the jump between Boroughs faster, cleaner, safer and cheaper, all while reducing the load on the subway system, already packed to more than capacity under the ground below. 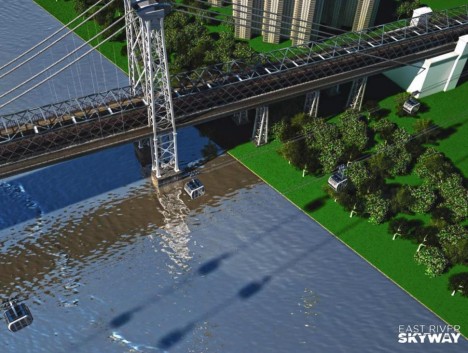 The design proposal calls for an initial connection between Williamsburg and and Lower Manhattan, followed by extensions deeper into Brooklyn and, ultimately, links to Queens and Long Island City as well. 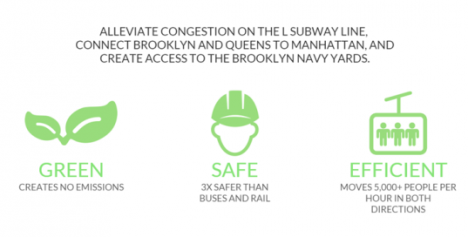 Beyond the ultra-fast transit time boasted by the system there are some non-financial considerations as well: tourists and locals alike can also take the tram (as they already do to and from Roosevelt Island) in part simply to get a better view of the city from above. 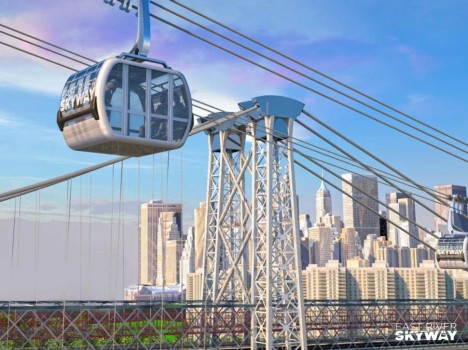