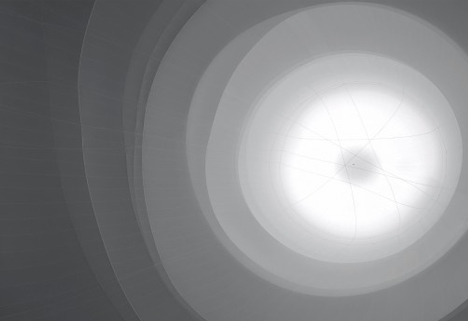 Well known for grand gestures and huge installations, Christo (images by Wolfgang Volz) has outdone himself once again in this latest work – and the first since his wife and partner Jeanne-Claude passed away four years ago. 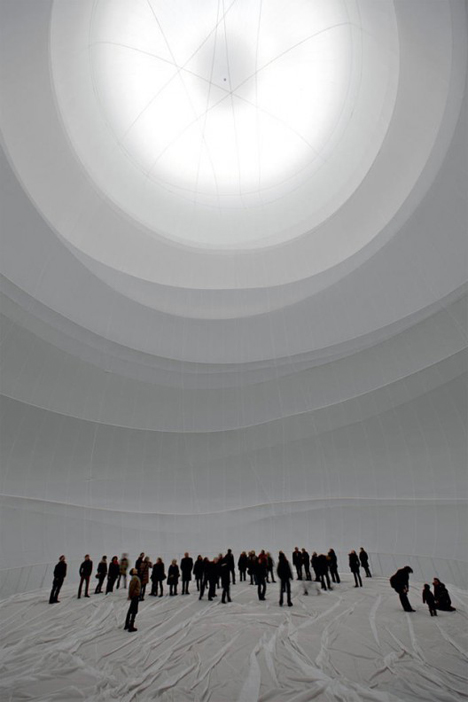 Its stats are hard to fathom: an inflatable interior you can occupy, it spans nearly 300 feet vertically with a radius of over 150 feet. Tens of thousands of square feet of fabric stretched between over ten thousand feet of rope. The total? 5 tons of material 6,000,000 square feet of space. 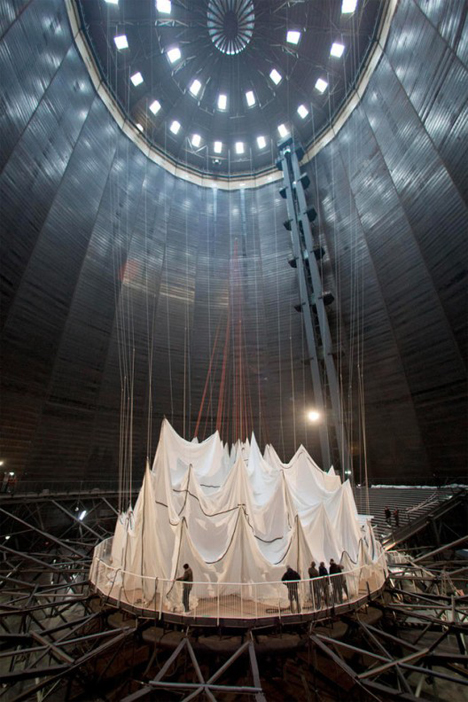 Its blunt title, Big Air Package, matches the simplicity of the setup: essentially, the viewer occupies a giant translucent inflatable balloon bathed in light that passes through the translucent material stretching out and up on all sides. 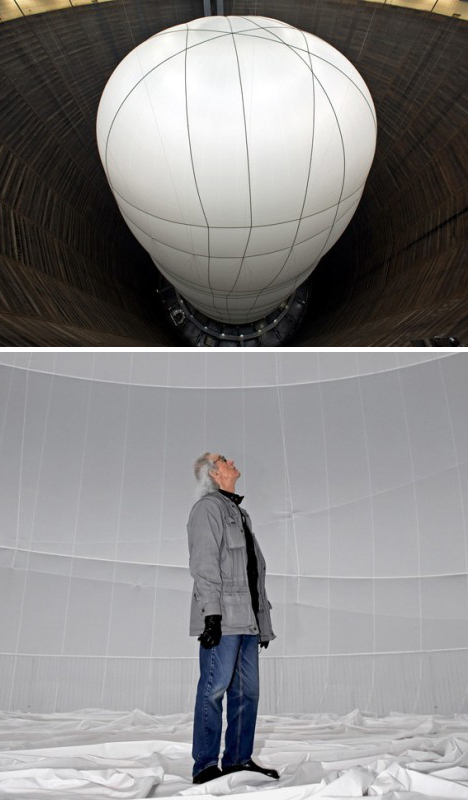 It occupies an old decommissioned gasometer in Germany, and its effects were unpredictable even to its creator, who was himself surprised by the effects of lighting in the resulting space. Now if only Christo would team up with James Turrell – the sky would certainly not be the limit.