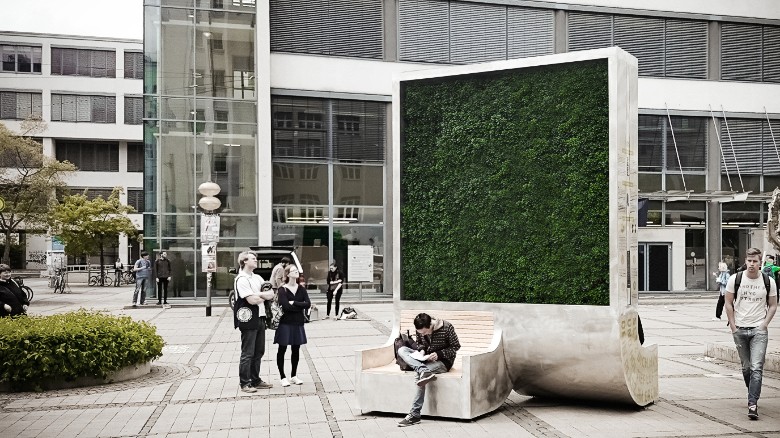 Packing the environmental impact of as many as 275 actual urban trees, these multi-functional CityTree units are dense and efficient fighters of urban air pollution (the single largest environmental health risk). Each CityTree can remove 240 metric tons of CO2 per year, as much as a small forest. 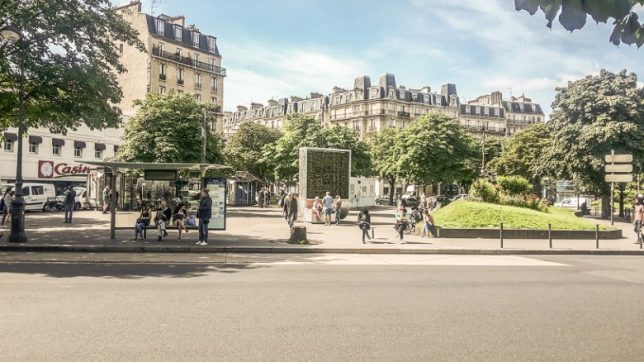 Developed by Green City Solutions in Berlin, the CityTree is covered in moss cultures — their high surface area ratios help remove dust and other airborne gasses and chemicals at a rate much higher than normal trees. Each unit has solar panels providing electricity and automated rainwater collection systems to store and distribute moisture as needed. Sensors help monitor soil humidity, temperature, water and air quality in and around each unit. 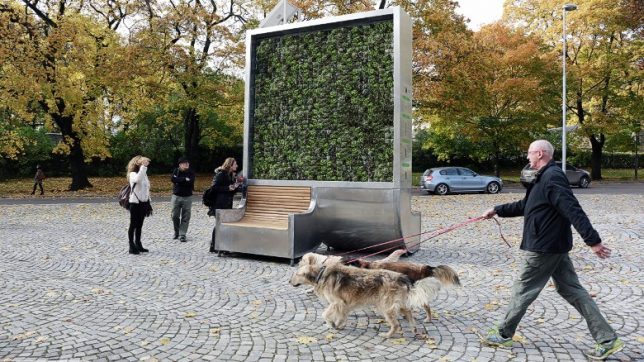 CityTrees have started sprouting in places like Paris, Brussels and Hong Kong, occupying a few square meters on city sidewalks while also (optionally) serving as public seating. Of course, air pollution is rarely evenly distributed in cities, so placement in high-traffic/emissions areas is also critical. 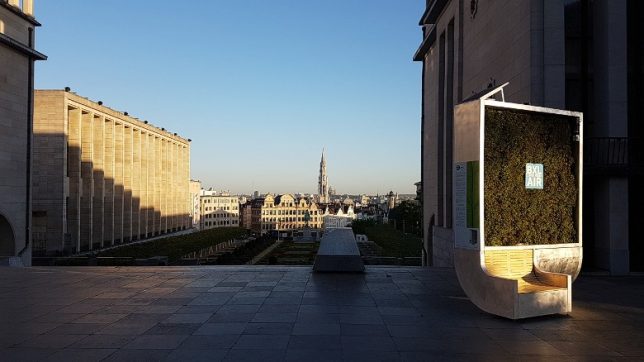 Developed by an architect and an engineer, the CityTree has been in the works for over a decade. “Our ultimate goal is to incorporate technology from the CityTree into existing buildings,” one of the designers told CNN. “We dream of creating a climate infrastructure so we can regulate what kind of air and also what kind of temperature we have in a city.” Beyond this compact and mobile application, lessons learned from monitoring and growing dense mosses on individual CityTree installations could also be applied on larger structural surfaces down the line.