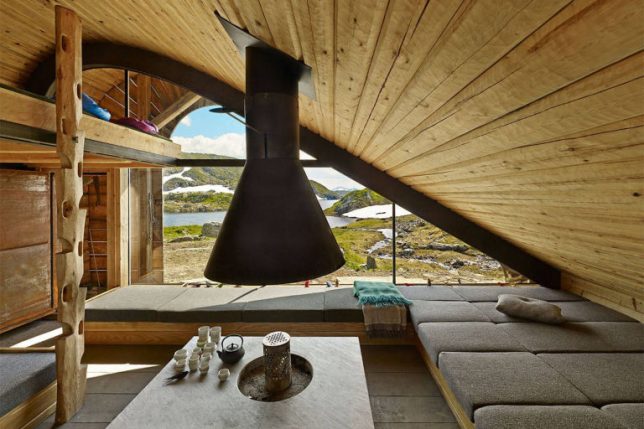 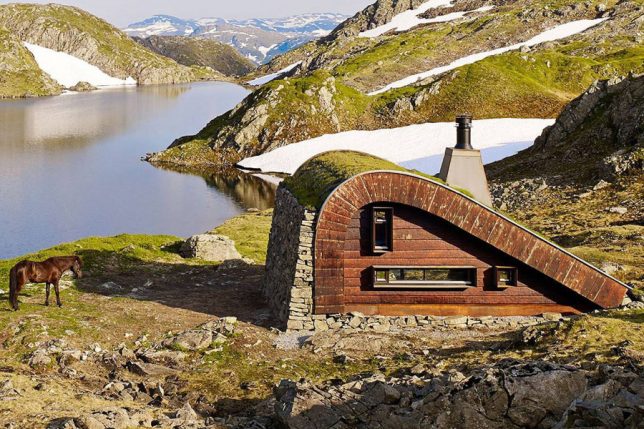 Accessible only by foot or on a horse, this stunning camouflaged cabin in a remote mountain area of Norway was made from local stones and wood and covered in a curving moss roof. Architecture firm Snøhetta gave the tiny 376-square-foot cabin a minimalist Scandinavian-style interior and a central chimney. 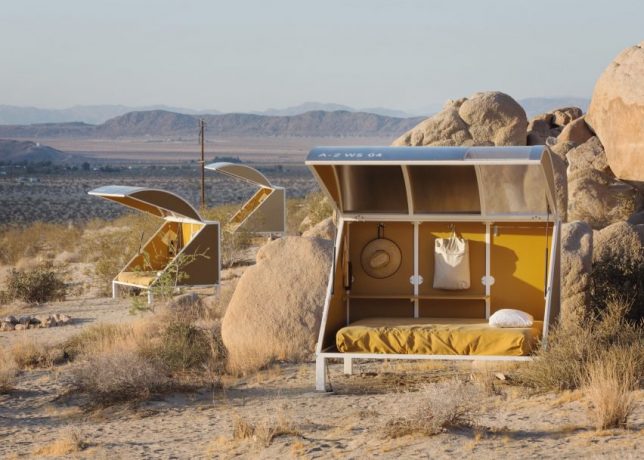 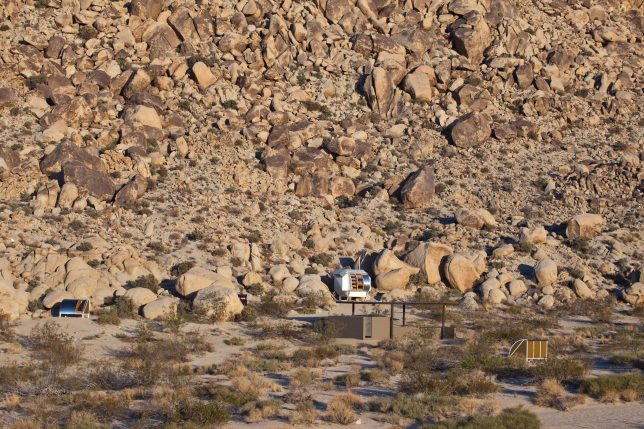 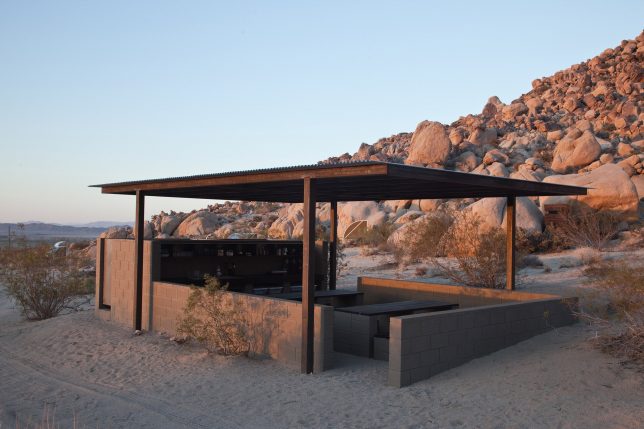 Wagon Station Encampment by artist Andrea Zittel is a real campsite in the desert of southern California where artists and writers can immerse themselves in this striking natural environment and sleep in a tiny sci-fi pod. 10 of these ‘wagon stations’ are arranged around a communal outdoor kitchen as well as open-air showers and composting toilets. It’s located on a 35-acre site near Joshua Tree National Park. 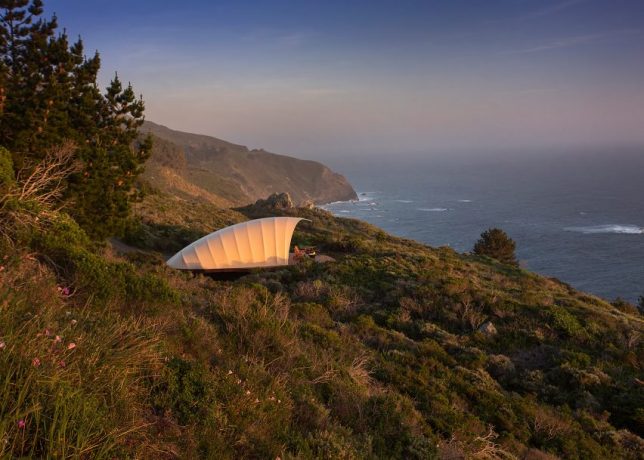 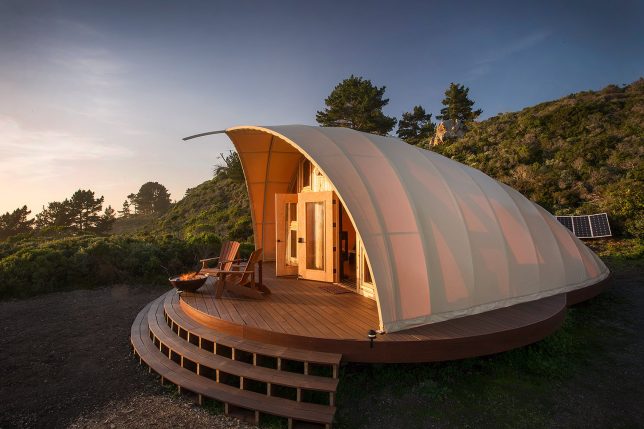 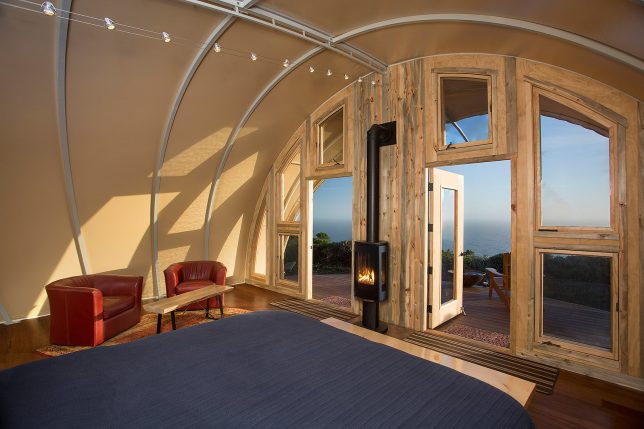 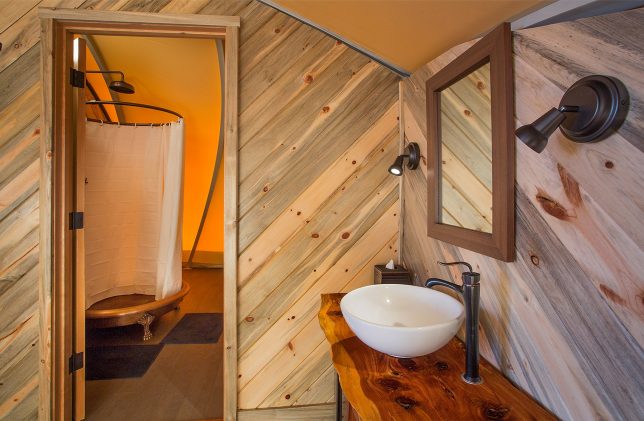 The tent-like canopy roof of ‘Autonomous Tent’ by architect Harry Gesner looks a bit like a cast-off insect exoskeleton of monstrous proportions. But inside its 500-square-foot proportions, a luxurious retreat can be found, with open floor plans, high ceilings and a glazed facade looking out onto the ocean in California. It’s a permanent fixture, but could also be taken down quickly for reassembly on another site.

Doughnut Tents in Korea by Archiworkshop 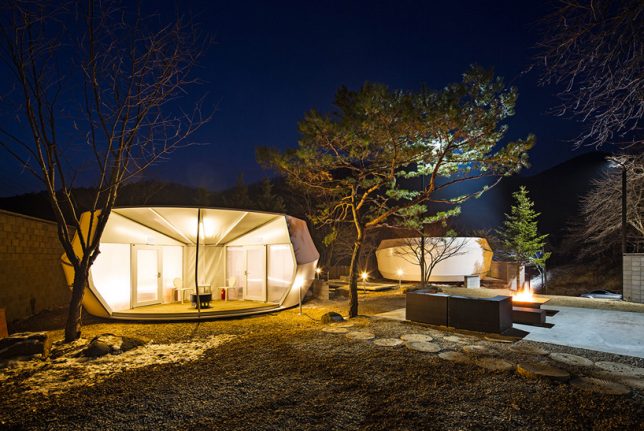 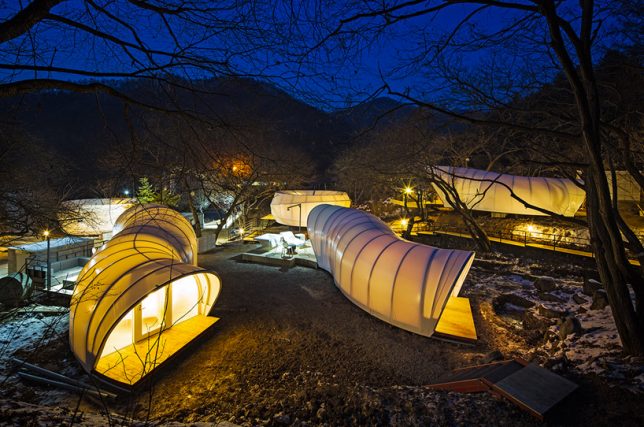 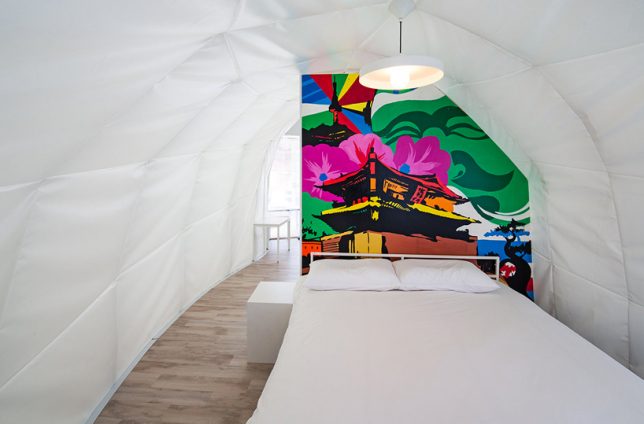 South Korean firm Archiworkshop created a series of ‘glamping’ units in curving shapes for a tent village in the country, covered in a water- and fire-proof membrane that protects the interiors from harsh sunlight, allowing just enough daylight to penetrate. Each unit is named after an element of the natural landscape, like ‘rock,’ ‘water’ and ‘desert,’ and features a wall custom-painted by young Korean artists. 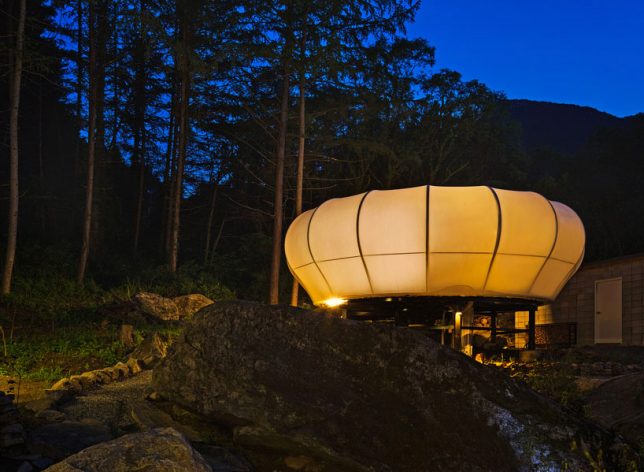 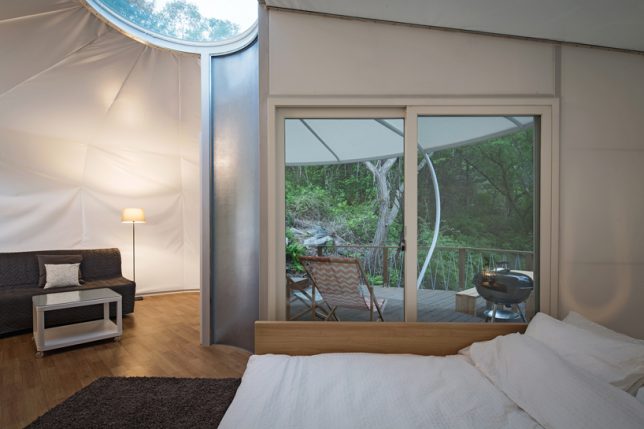 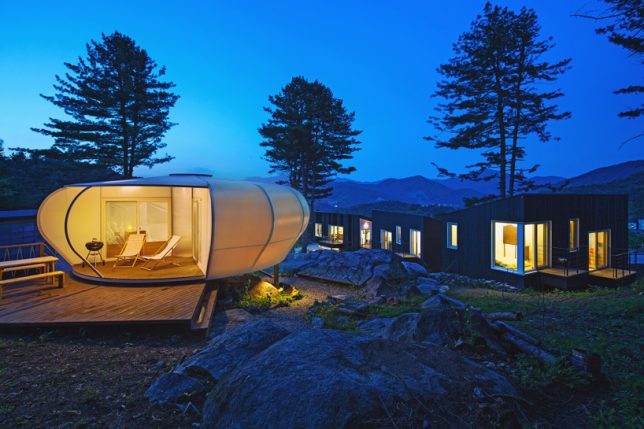 A second ‘glamping’ site by Archiworkshop sees a doughnut-shaped tent alongside black cedar cabins, arranged around communal spaces to encourage social interaction in nature rather than the usual isolation. The circular unit, which they named ‘Rock Flower,’ echoes the natural floral shapes of the area. The black cabins are called ‘Dynamic Triangle’ and take inspiration from lean-to cabins.