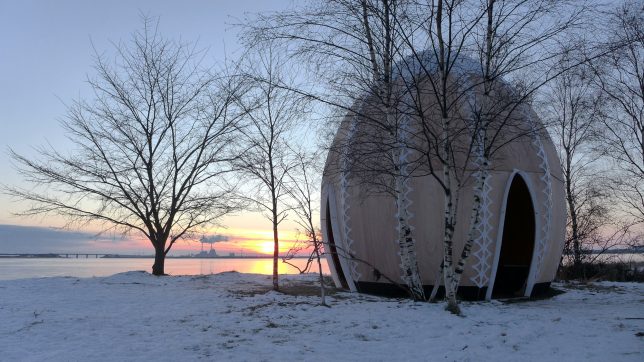 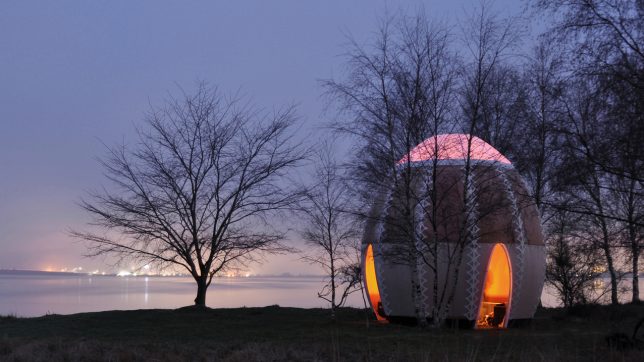 Fire Shelter 01 by SHJWorks takes inspiration from indigenous structures, with two access openings at the base of its dome shape and a hole at the top to let smoke out. Designer Hjermid Jensen didn’t have explicit permission to build the temporary structure on its wild site in the southwest corner of the Danish capital, but hoped it would remain in place for at least a year as “a gift” to anyone who might come across it. It’s made of flexible plywood and polycarbonate ’stitching.’

Mountain House as a Comfy Campground by studio GAON 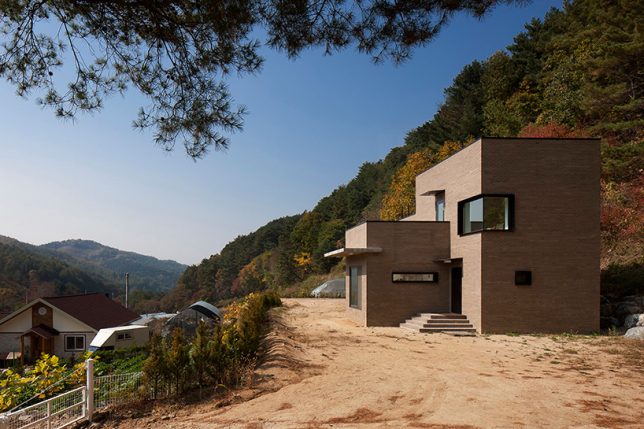 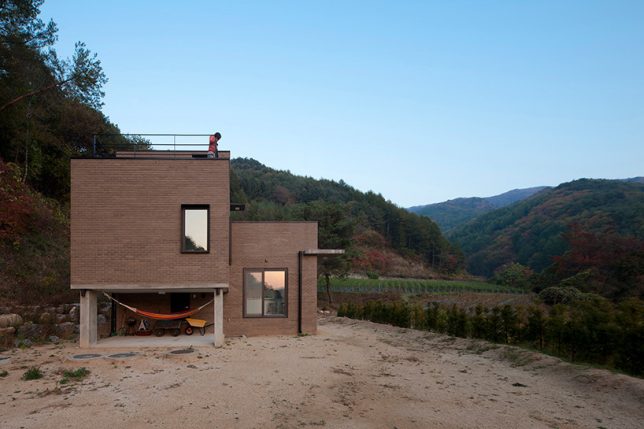 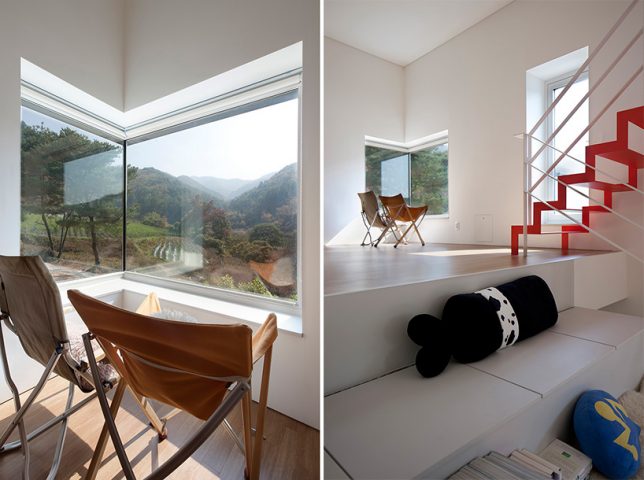 Studio_GAON of Korea created House in Sang-An for clients who wanted to enjoy all the typical experiences of camping from within a safe and comfortable shelter that’s all their own. The site, located deep within mountainous terrain in South Korea at a high altitude, presented some challenges, but the studio came up with a T-shaped design to fit it while maintaining views of the snowy landscape.

The EcoCapsule: A Self-Sustainable Micro Home 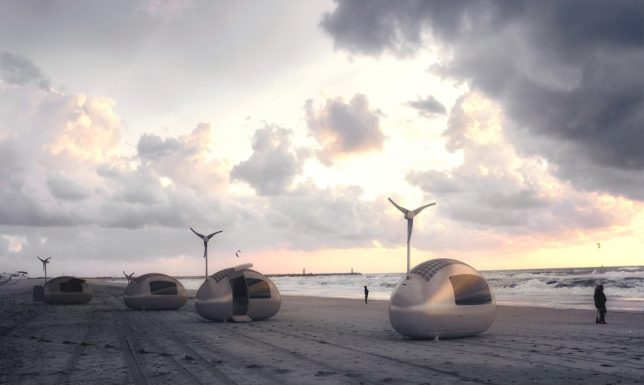 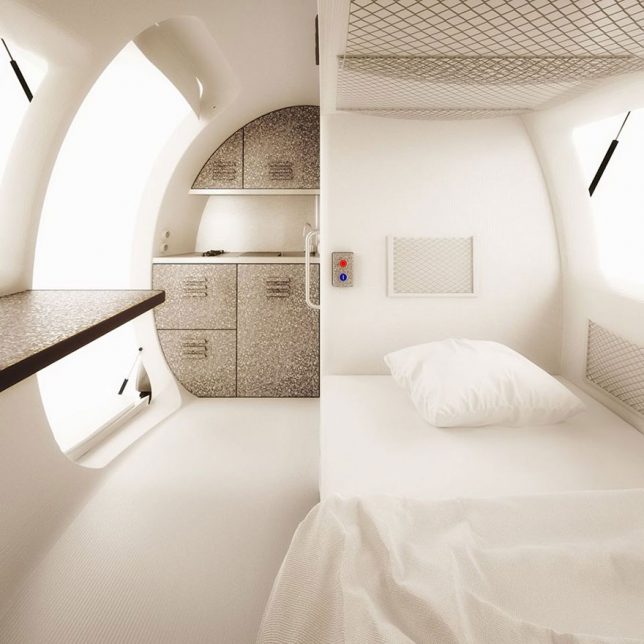 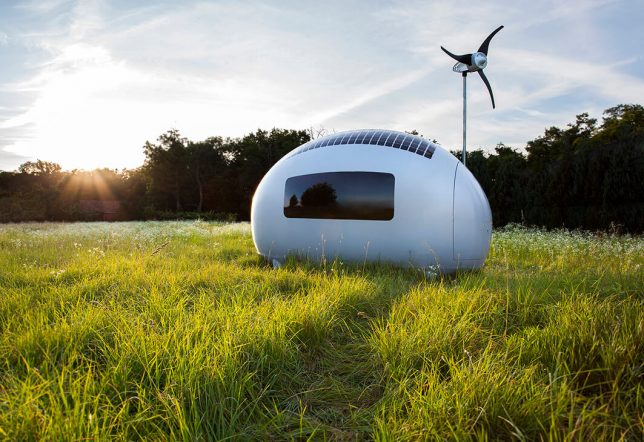 The EcoCapsule looks like any number of futuristic concept designs released over the last decade but never brought to fruition in the real world – but this one, according to architecture firm nice&wise, is ready for production. The mobile egg-shaped pod can comfortably accommodate two adults and has its own kitchenette with running water, flushing toilet and hot shower as well as a folding bed. Its curving roof is covered in solar panels and it has space for either sporting and recreation equipment or research equipment, depending on the mission of the trip. It also boasts a wind turbine and high-capacity battery to keep its power going even when it’s not sunny. It’s light enough to be shipped, towed, airlifted or even pulled by a pack animal. 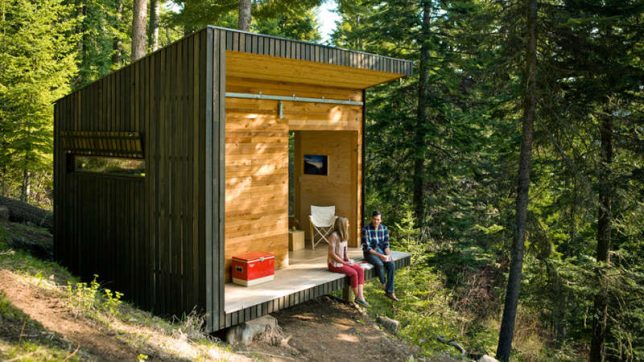 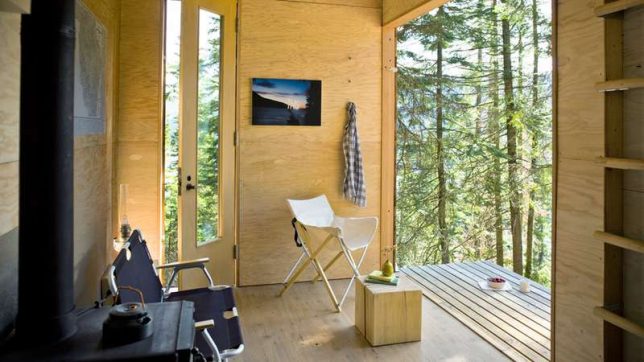 Wondering if you could hack building your own luxury wilderness hut? A Portland couple bought and built their very own retreat for just $57,000, including the land, as detailed in a piece on Sunset. An 8-foot-high barn door opens out onto a view of Wallowa Lake near Joseph, Oregon, and the interior is outfitted like a basic camping cabin. The couple got a good deal on their 100-by-150-foot parcel because it was sloped and fire damaged. “Spending time off the grid resets your priorities,” they say.