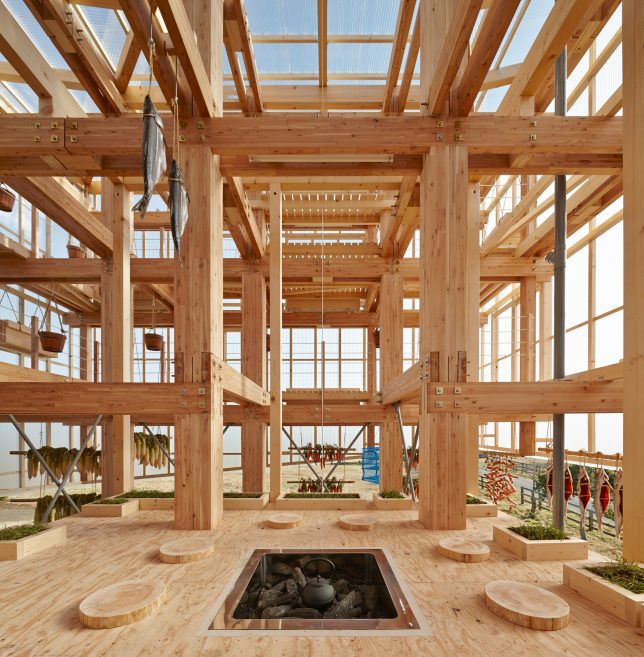 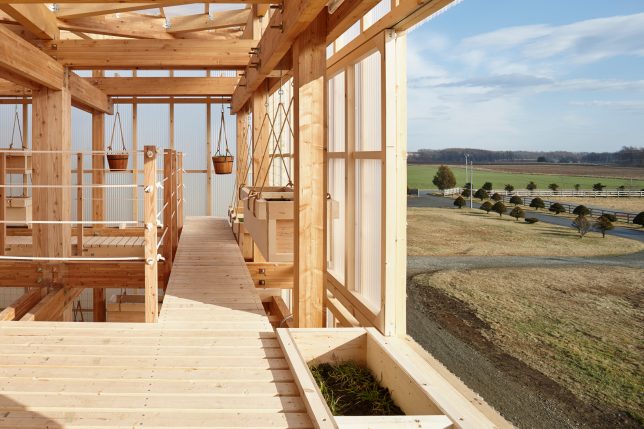 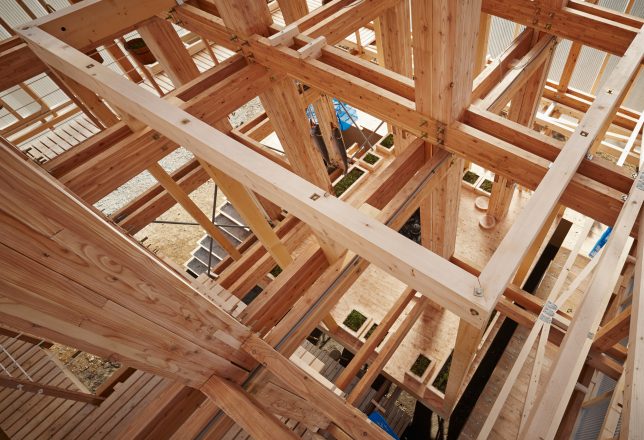 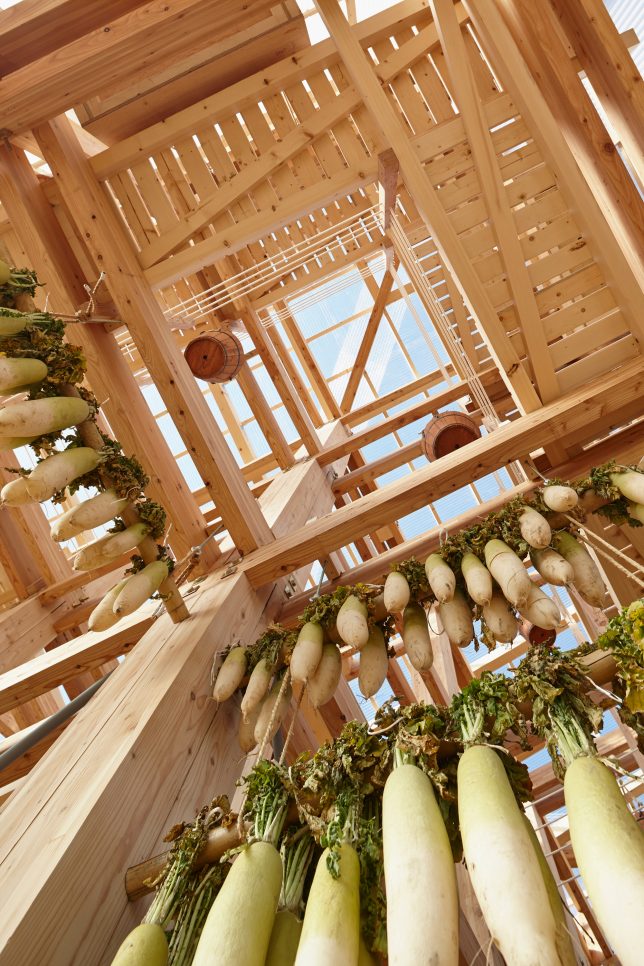 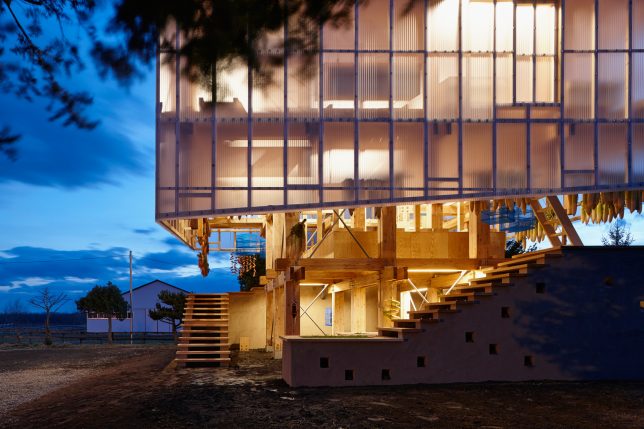 Built in collaboration with students at the College of Environmental Design at UC Berkeley as an entry for an international design-build competition, the ’Nest We Grow’ structure brings “a quintessentially California approach” to Hokkaido, Japan. This open, public structure with an emphasis on reclaimed materials acts as a place where community members can come together to store, prepare and enjoy local foods. The team planned to focus on U.S.-based heavy timber construction techniques, but found that lumber of that size isn’t available in Japan, so they had to experiment with ways to join smaller materials together. 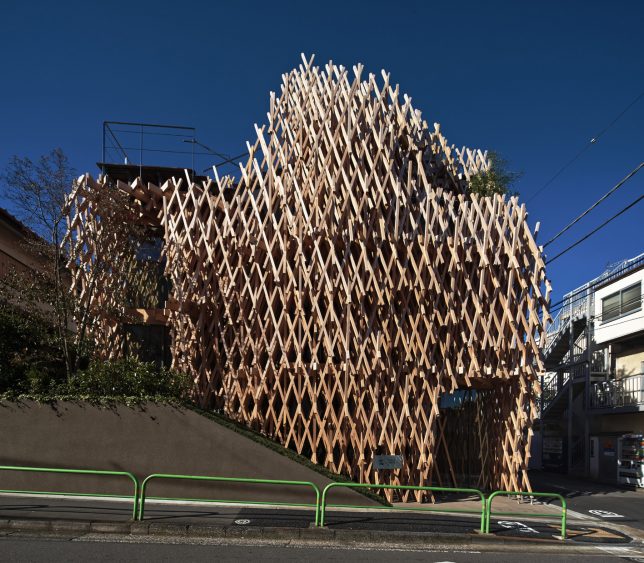 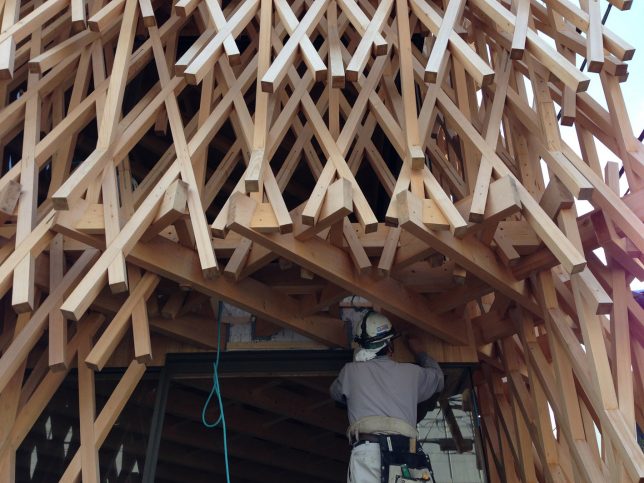 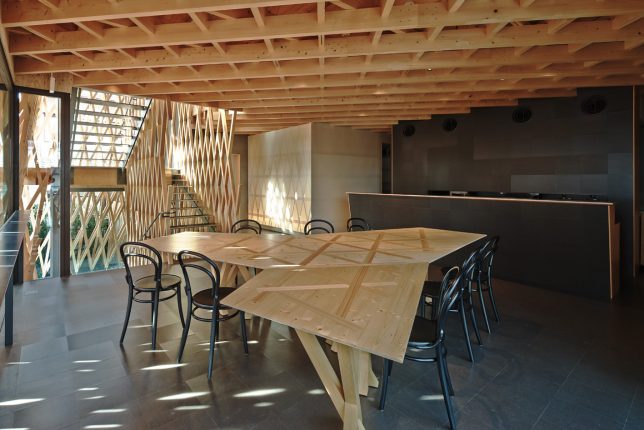 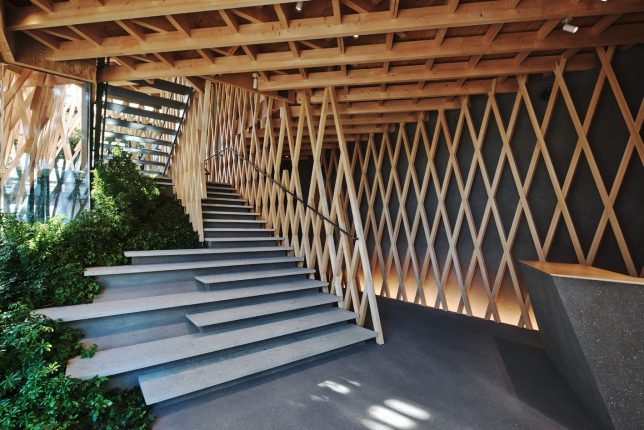 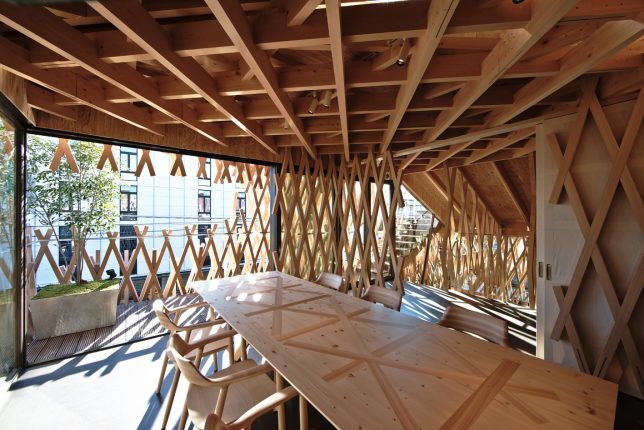 This criss-crossed mesh facade on a sweet shop is in the shape of a bamboo basket and uses a joint system called ‘jigoku-gumi,’ traditionally used to form grids in Japanese wooden architecture. Says the architect, “Normally the two pieces intersect in two dimensions, but here they are combined in 30 degrees in 3 dimensions, which came into a structure like a cloud.” 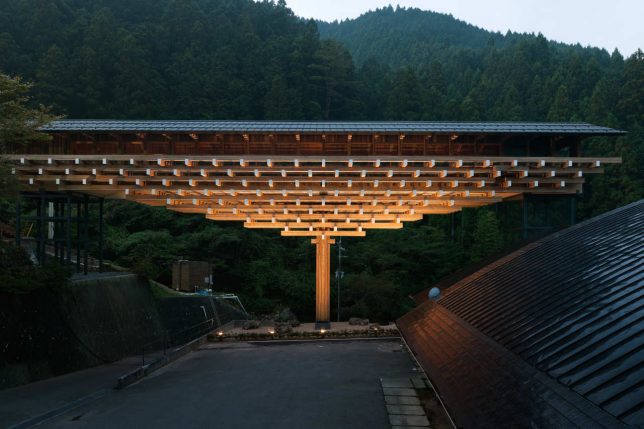 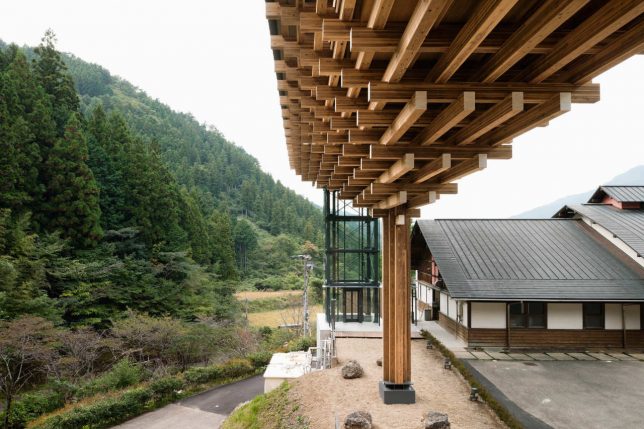 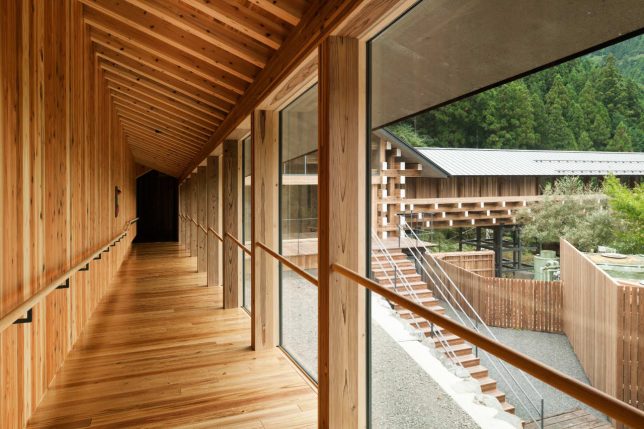 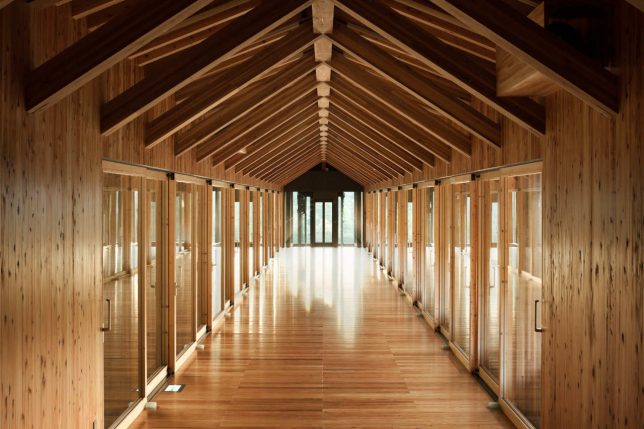 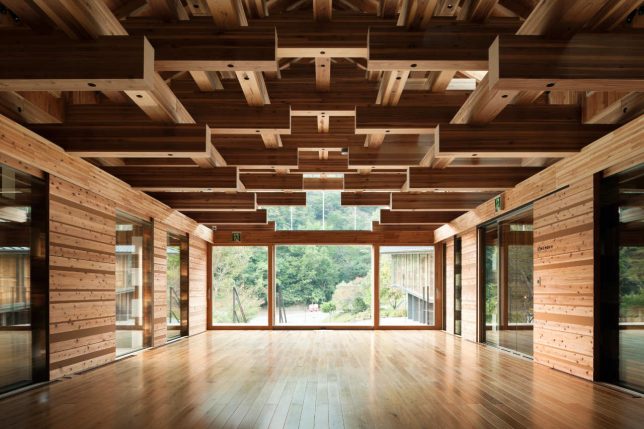 At a wooden bridge museum in Yusuhara, Japan, Kengo Kuma creates a bridge-like wooden structure to join two separate buildings, demonstrating how architects in Japan manage to create sizable cantilevers using smaller-sized materials rather than the usual extra-long lumber. This style is repeated on the ceilings of the two museum buildings. 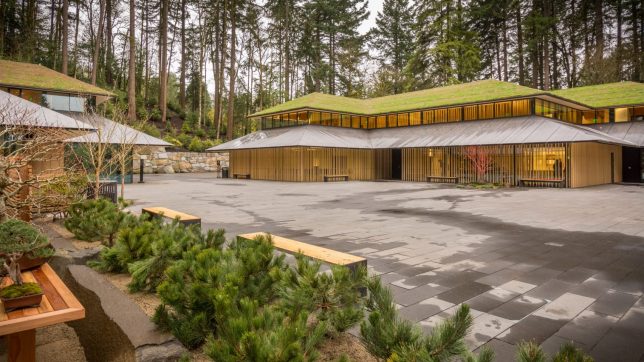 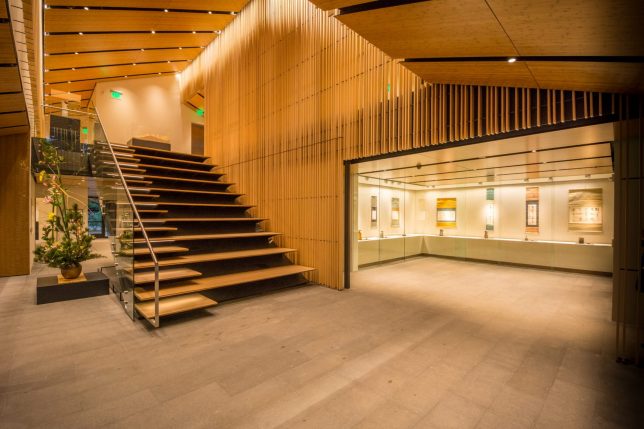 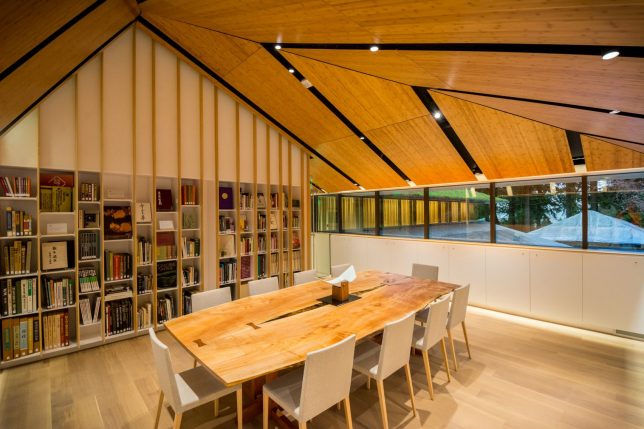 In Portland, Oregon, the most authentic Japanese gardens outside of Japan itself can be found. In 2017, they got a facelift by none other than Kengo Kuma, who designed a new complex featuring a central courtyard and buildings topped with green roofs in the pagoda style. These buildings are the ‘Village House,’ the ‘Garden House’ and the ‘Tea House,’ all made of steel and glass wrapped with wood battens. The project represents Kuma’s first public commission in America. 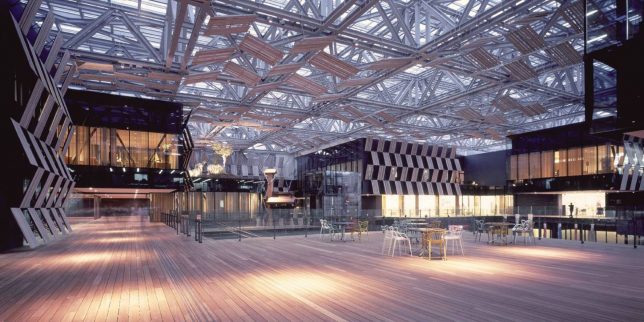 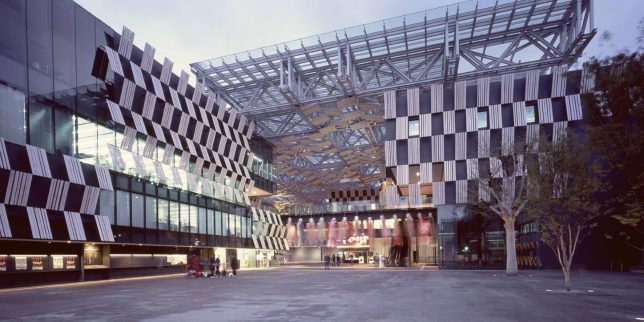 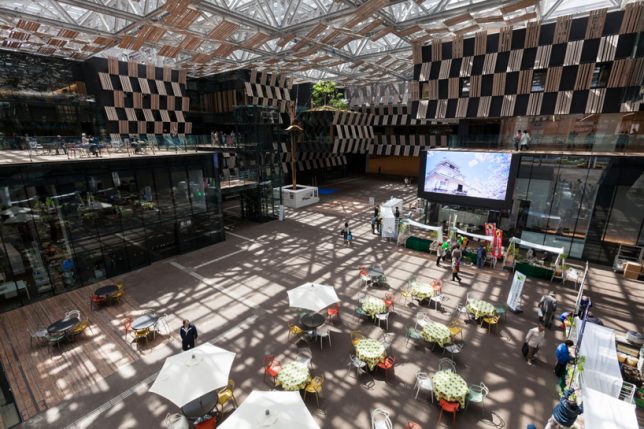 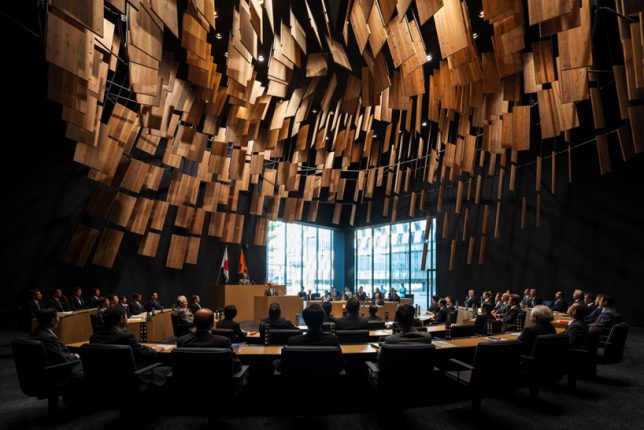 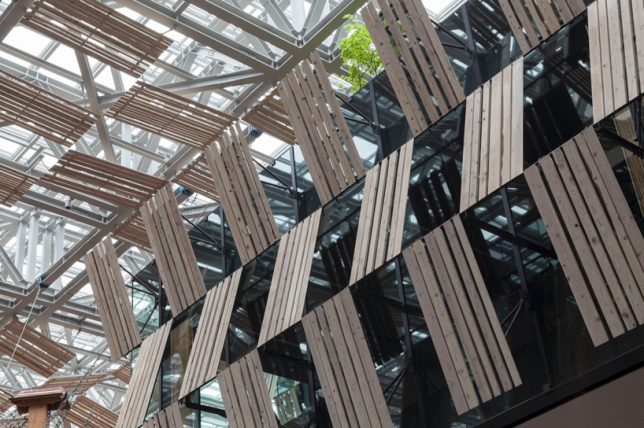 Establishing itself as an ‘aesthetic hub’ for the city of Nagaoka in Japan, the Nagaoka City Hall Aore features a patterned wood batten exterior set on top of a glazed envelope for a warm and airy appearance that casts interesting shadows throughout the interior. These rectangles of wooden battens are carried inside, mounted on the walls and ceilings. In the meeting chambers, squared and rectangular wooden panels swirl into a dramatic sculptural centerpiece that hangs overhead.