If we could just get beyond pesky hiccups like catastrophic climate change and wanting to obliterate each other with nuclear weapons, we humans could learn from our mistakes and create a future that’s actually cooler and more sustainable than anything we dreamed up during the 20th century. Making the most of microalgae, one of the most ancient and prolific organisms on earth, we could produce abundant clean energy and healthy foods while also reducing the amount of CO2 in the air and producing more oxygen. These designs show just how this symbiotic process could manifest in our lives. 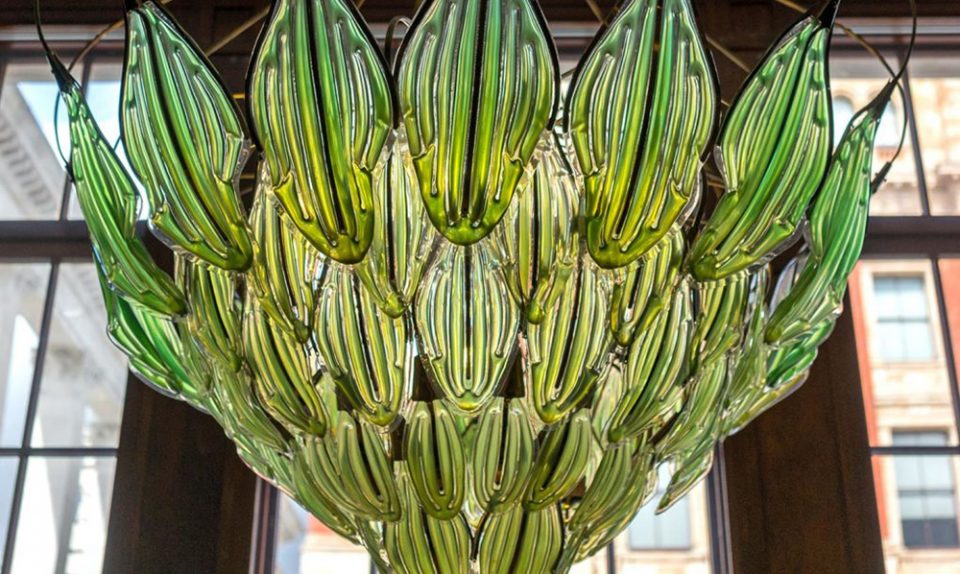 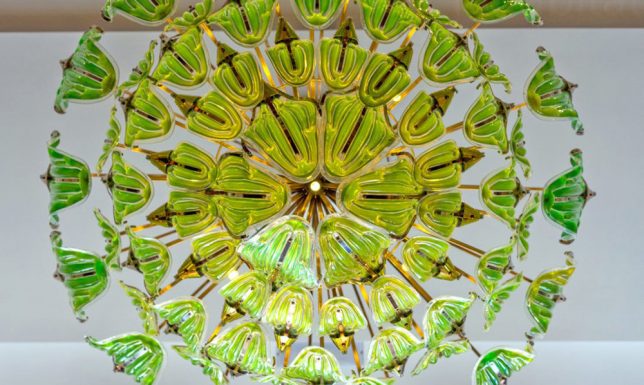 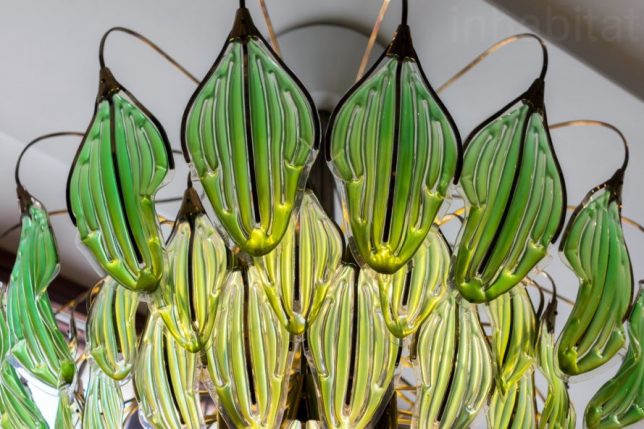 Embedded with LED bulbs and sustained by daylight, ‘Exhale’ by Julian Melchiorri is a living chandelier with beautiful glass components filled with various shades of green algae. The glass ‘leaves’ take in CO2 from the room and release oxygen, too, making it a striking air purifier. Melchiorri is a designer and engineer, but he’s also a leading biochemical technology researcher, and he’s been working on his ‘artificial leaf’ concept for years. 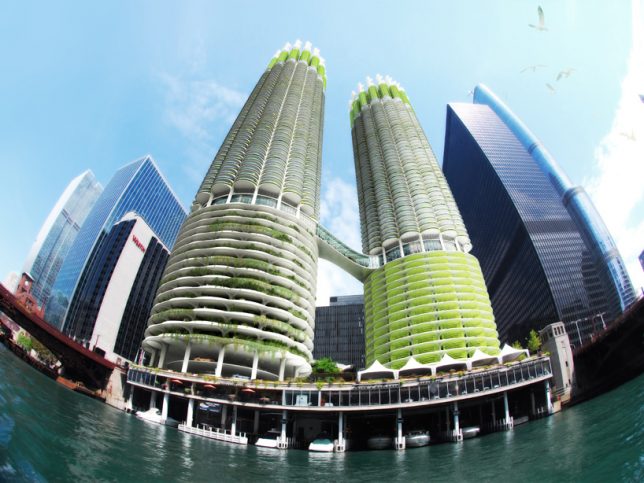 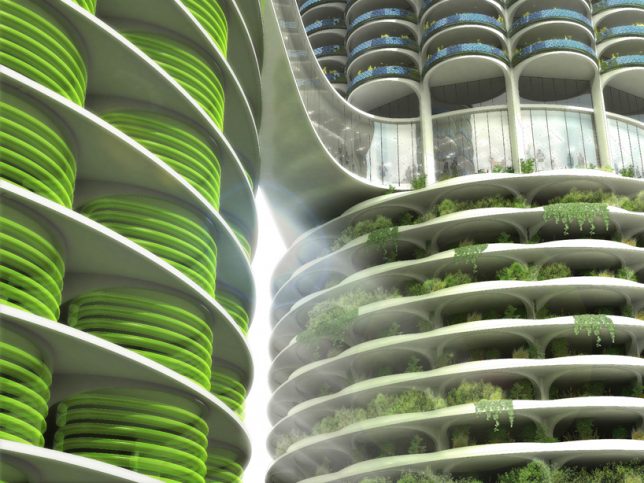 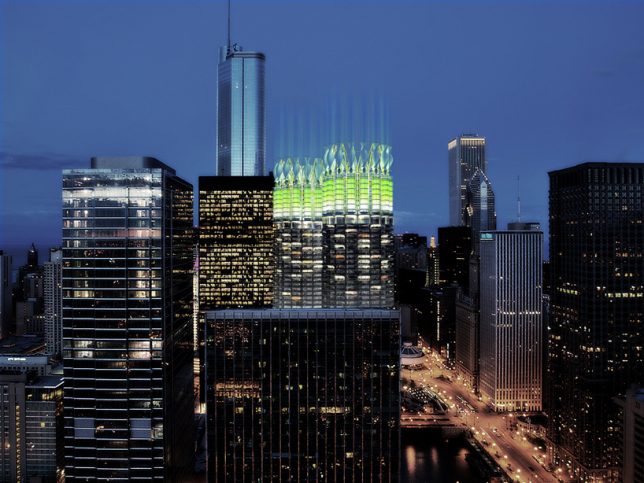 Architecture office Influx Studio imagines a dramatic makeover for the Marina City Towers in Chicago, retrofitting them to absorb CO2 through loops of bioreactors to help mitigate climate change. The closed-loop system sequesters carbon from the air, absorbs it through vegetal photosynthesis and produces its own energy through the same wind turbines that suck in CO2 and through the algae bioreactors that process it. 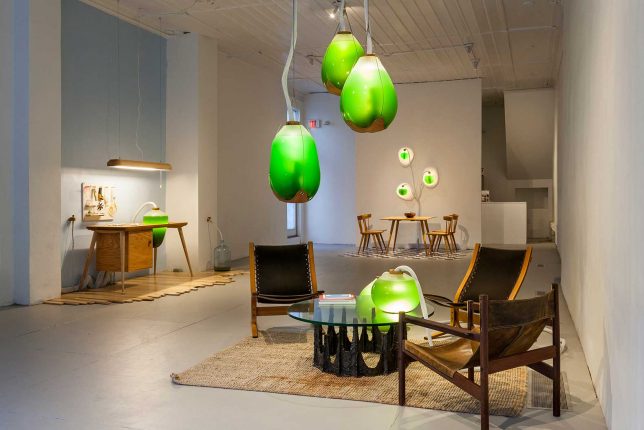 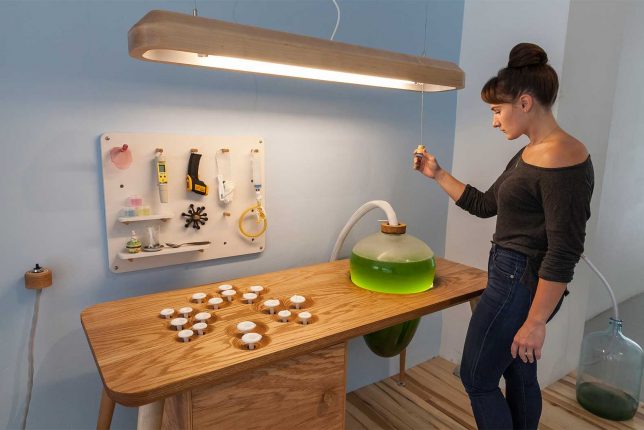 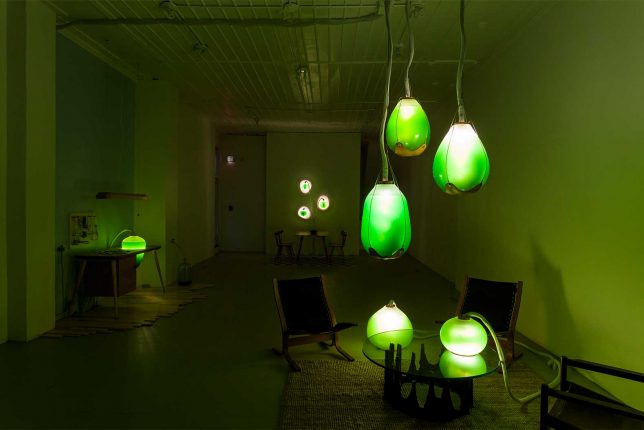 ‘Living Things’ is a series of bio-powered furnishings exploring ‘symbiotic living,’ his which micro-algae help light up our homes. Presented in a series of vignettes, the project contains furniture and lamps that are both beautiful and beneficial. “The morphologies of hand-blown glass vessels function both as lighting and heating elements for the human occupants, and high functioning photobioreactors which provide heat, light, agitation, air supply nutrient and waste control to the living algae inside.” 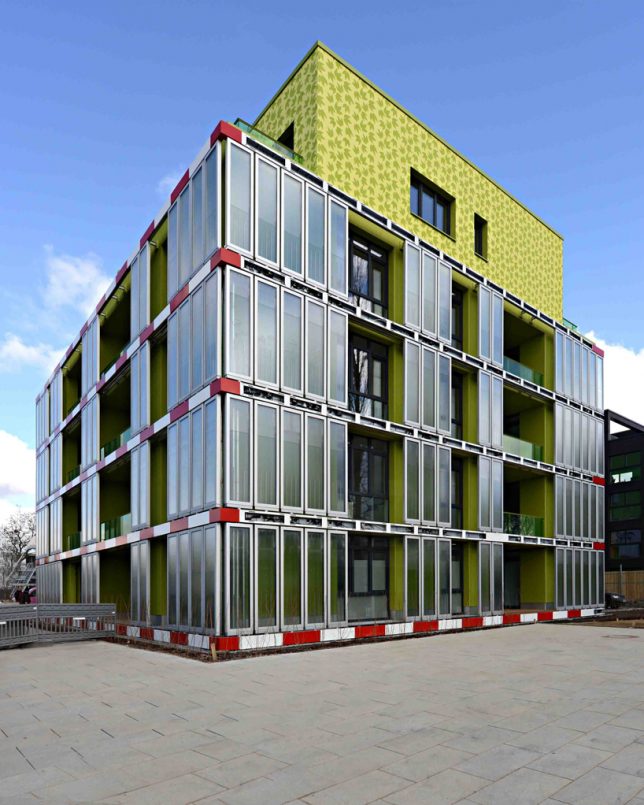 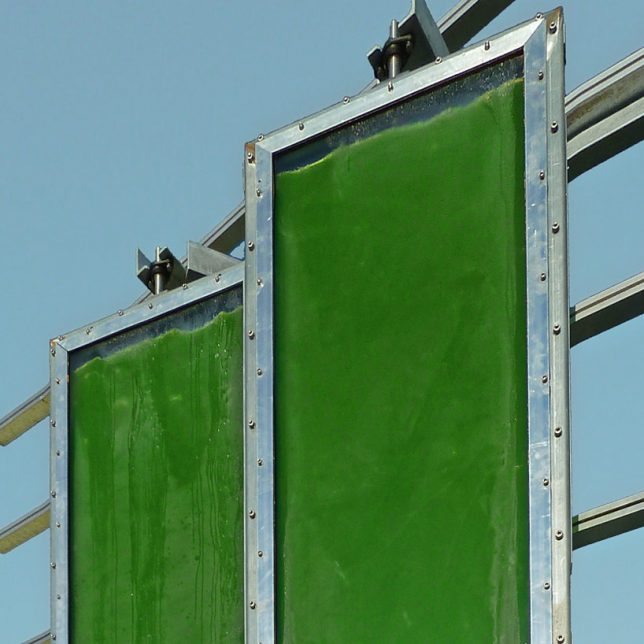 Lots of concepts tout the ability to power an entire building on algae, but have you ever actually seen one built? BIQ House in Hamburg, Germany by Austrian firm Splitterwerk features the world’s first iso-adaptive facade in the form of algae-filled glass panels shading the southeast and southwest faces of the building. The algae is sourced from a nearby tributary of the Elbe River and constantly changes color as it grows. The panes produce biomass as the algae multiplies, and reduce the amount of energy needed for cooling inside the building.

Living Portraits Made with Microscopic Algae 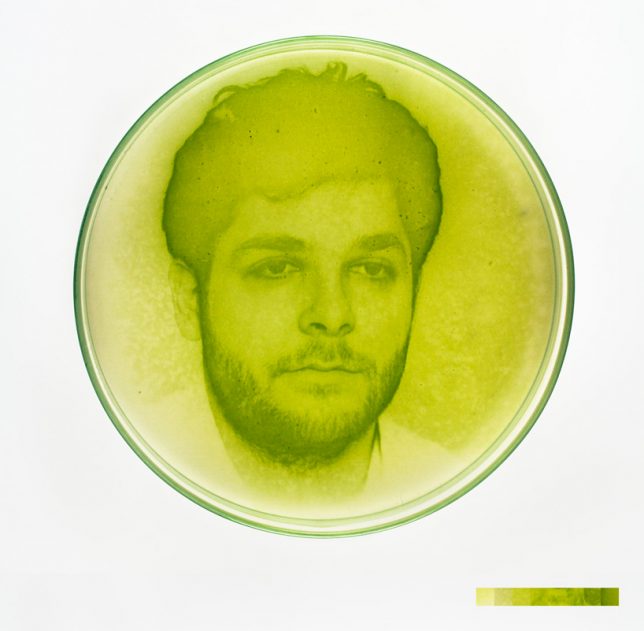 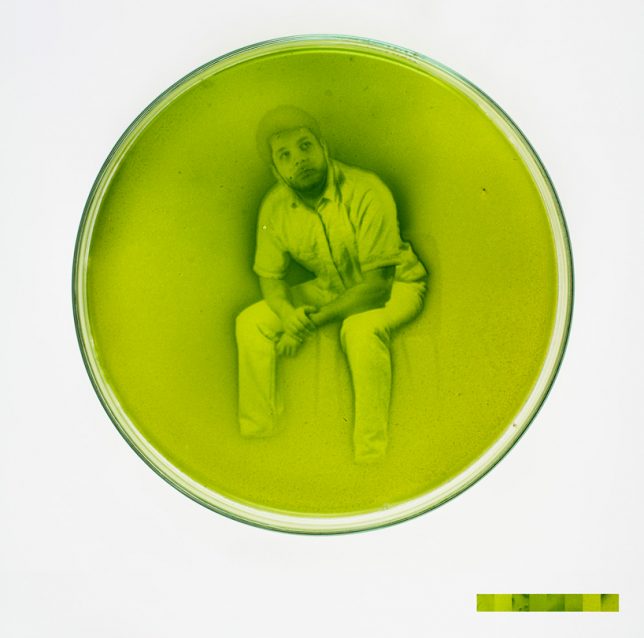 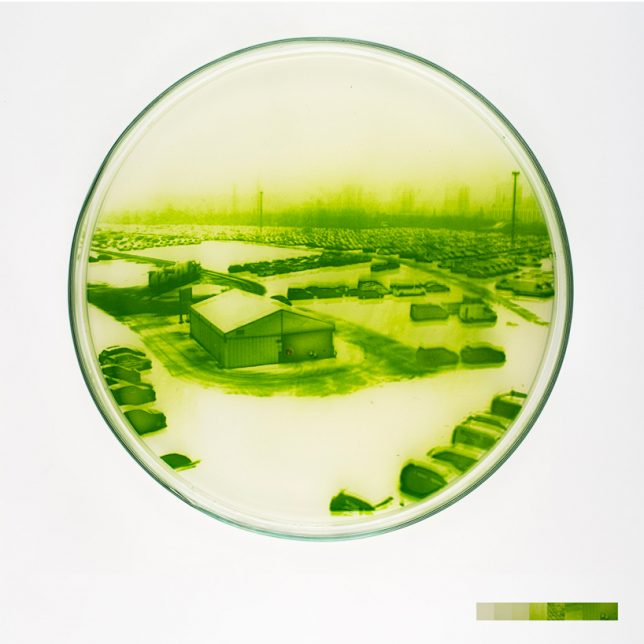 Living algae cultured in petri dishes clump together to form images in a living twist on traditional photography techniques. Artist and researcher Lia Giraud places a mix of chemical nutrients in the dish and exposes them to an image, and the cells react to the light and form solids of various densities, resulting in the different shades of green that produce the image.