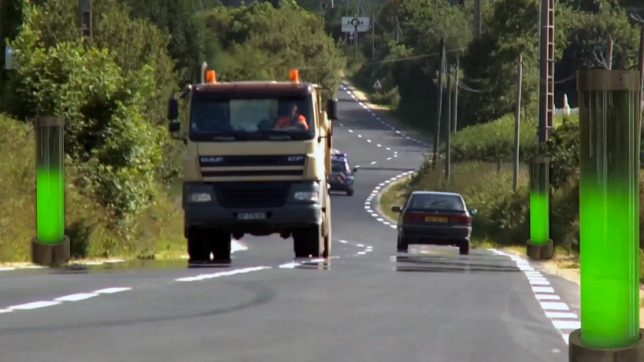 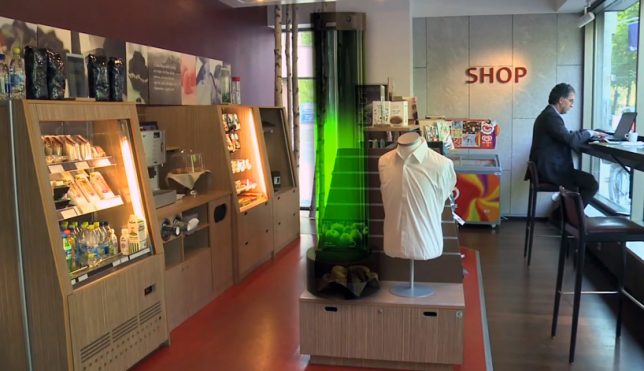 Placed anywhere that gets a good amount of sunlight, from shop windows to the streets, this self-powered lamp by Pierre Calleja shows how the energy-producing capabilities of algae combined with their CO2 consumption can literally ‘green’ various environments, offering light produced through natural processes. Each lamp can absorb as much as a ton of carbon from the air every year. 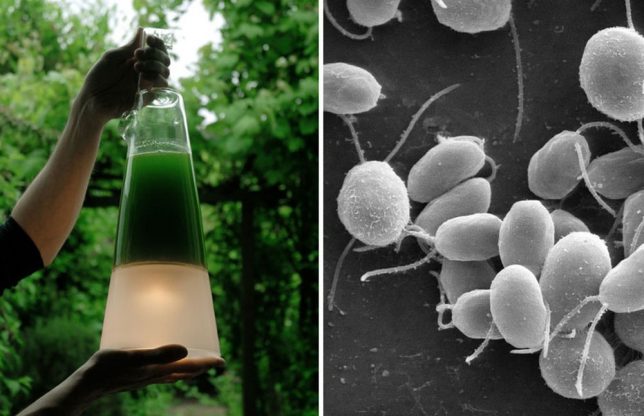 This simple bottle-shaped hanging lamp by designer Mike Thompson harvests the energy produced by algae right within its glass confines, drawing a small electrical current and storing it in a battery to power a light bulb. To sustain the algae, the user periodically blows into the receptacle, ‘feeding’ it with carbon dioxide. 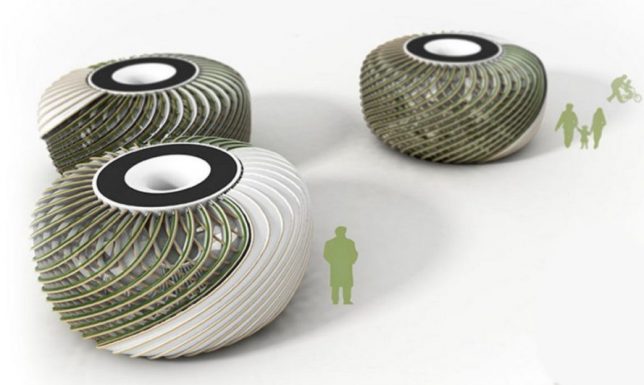 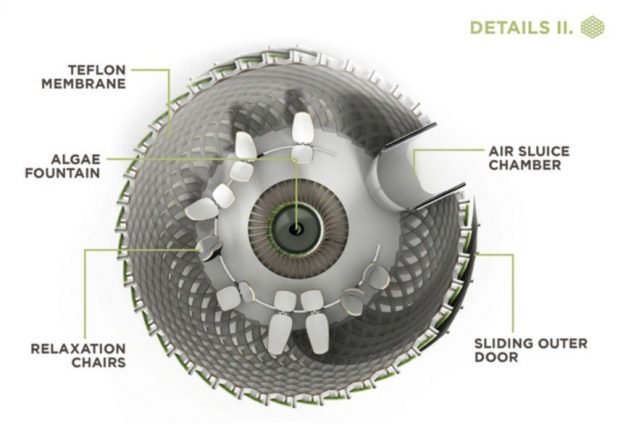 Referred to as a ‘temple of relaxation,’ the Chlorella Oxygen Pavilion by Adam Miklosi purifies the air with an algae fountain surrounded by lounge chairs, acting like a sort of high-tech mobile oxygen bar. It could be placed in cities where poor air quality is a problem, and is entirely self-powered through solar panels. The people who go inside to get a little oxygen therapy sustain the algae in turn with their breath. 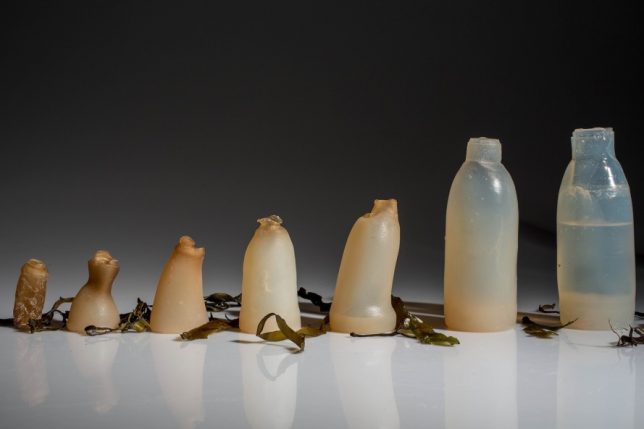 Though algae is most often seen integrated into design in its living form, sometimes it’s incorporated into sustainable, natural materials, too. This biodegradable water bottle by Icelandic product designer Ari Jonsson is made from agar and water, and only holds its shape as long as it’s cold and filled with liquid. Once empty, it begins to break down.