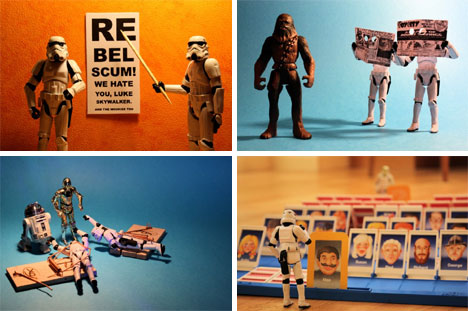 Just over a year after he started shooting a Stormtrooper picture every day, photographer Stefan Le Du completed his bizarre journey. His project, Stormtroopers 365, was a play on the popular picture-a-day projects that usually involve photographers taking a self-portrait or other autobiographical picture each day for one year. Instead of photographing his visage or his activities, Le Du created hilarious scenes with plastic Stormtrooper toys and documented their various adventures. 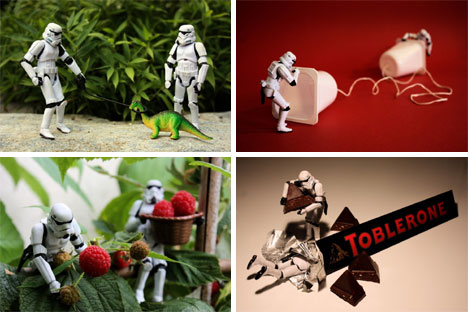 In the first part of the year-long project, Stefan caught his Stormtroopers in some embarrassing situations, like getting stuck repeatedly and sending harassing emails to Luke Skywalker. In the second half of the year, the soldiers showed a slightly softer side. 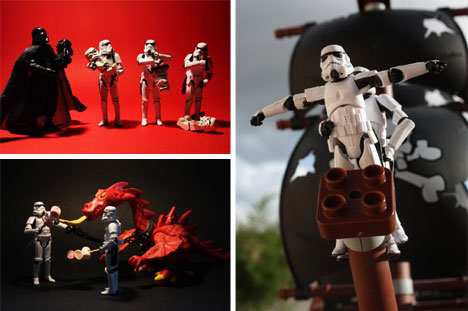 From attending Darth Vader’s baby care class to reenacting the famous “king of the world” scene from Titanic, the Imperial Stormtroopers really seemed to make the most of their time off. 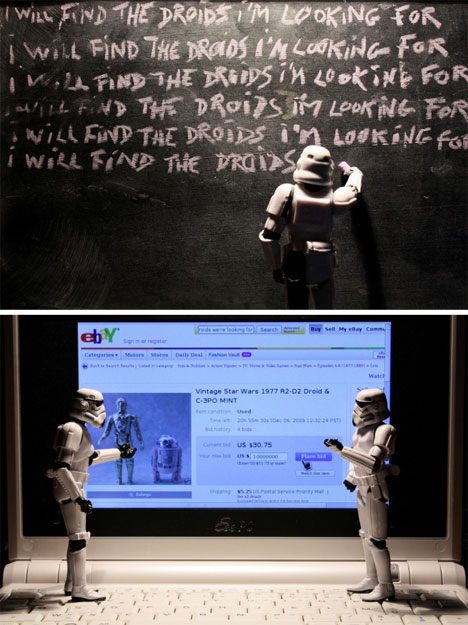 That’s not to say that it was all fun and no work, though. The Stormtoopers continued to look for the elusive C3PO, and eventually found him along with R2-D2 on eBay for the low current bid of $30.75. 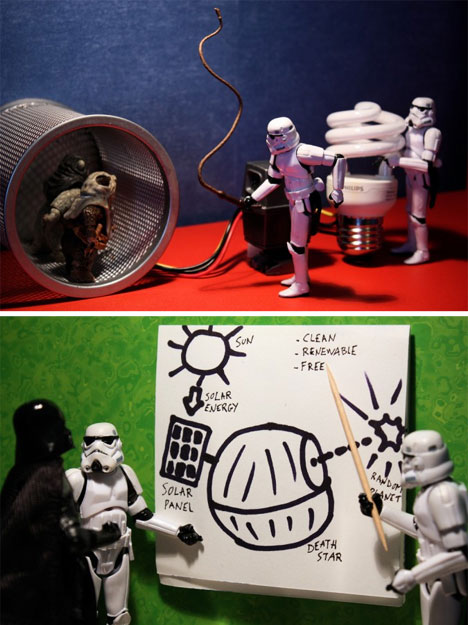 The troopers also devoted part of their time to making the universe a better place by researching alternative energy solutions for the Death Star. 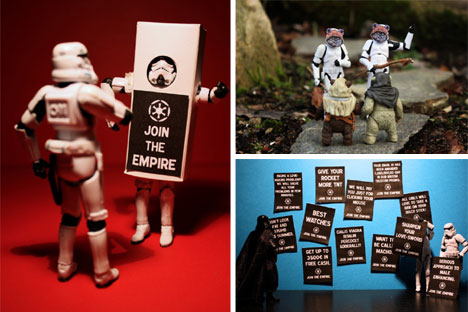 But Stormtroopers will be Stormtroopers, and they continued to do what they do best: trying to stomp out the Rebels. (See the entire 365-day series on Stefan Le Du’s Flickr page.)