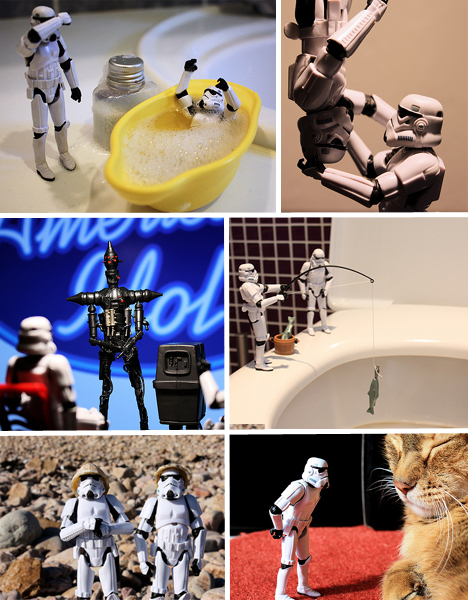 What do stormtroopers do on their days off? Feed bread to gigantic pigeons, jam out on Guitar Hero, catch fish in a toilet and send vaguely insulting emails to Luke Skywalker, according to these photos by Stefan Le Du. 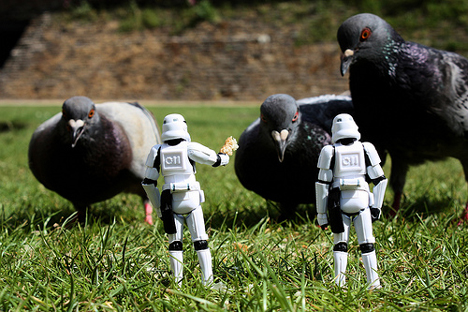 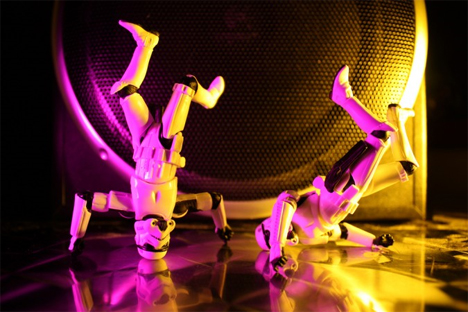 Several miniseries within the series follow themes, like “D’oh!”, wherein one of the stormtroopers repeatedly gets himself into trouble whether getting his head stuck in a bottle or finding himself upside-down in a box. Another, “Not the Droid”, has the stormtroopers running into Wall-E, Calculon and others while searching for C3PO. 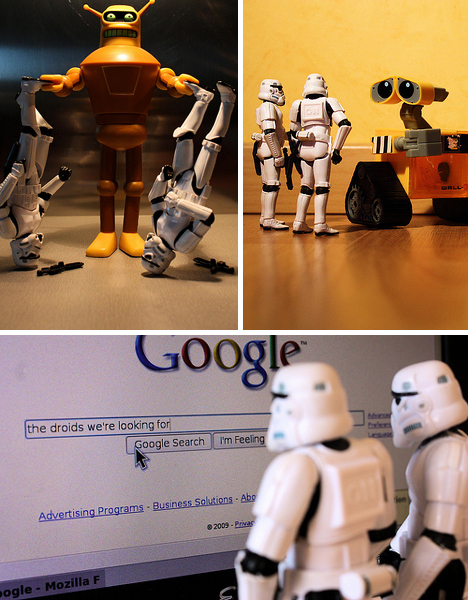 But don’t for a second imagine that they don’t have important tasks to get up to, like “Getting rid of swine flu, one pig at a time.” 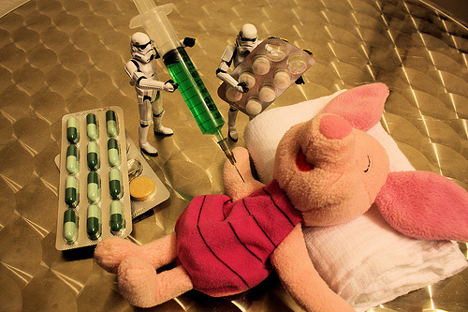