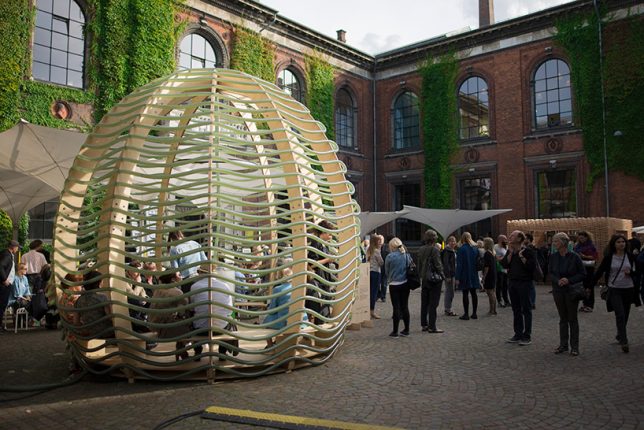 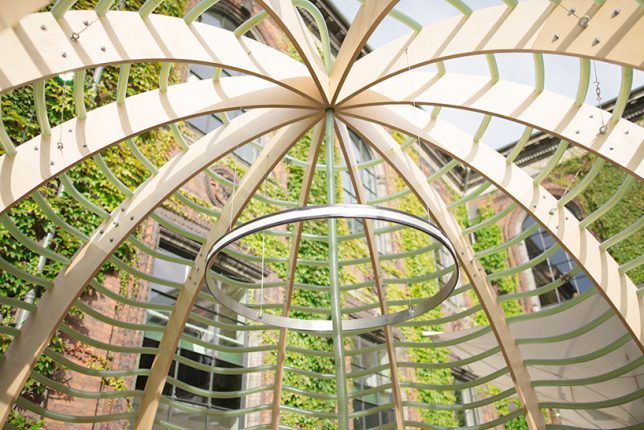 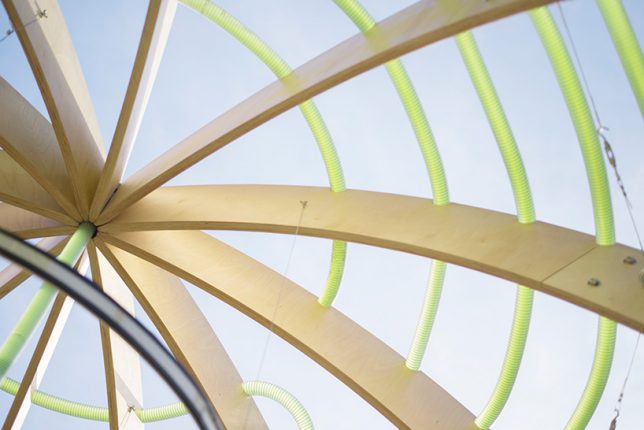 Created by Space10, IKEA’s ‘future-living lab,’ the Algae Dome is an outdoor pavilion fitted with tubes of algae that harvest energy from photosynthesis while doubling as part of the architectural design. The algae can also be harvested as food – Space10’s chef-in-residence turned some of it into spirulina chips.The group envisions the pavilion as a demonstration of what could be achieved on larger scales, like apartment buildings. 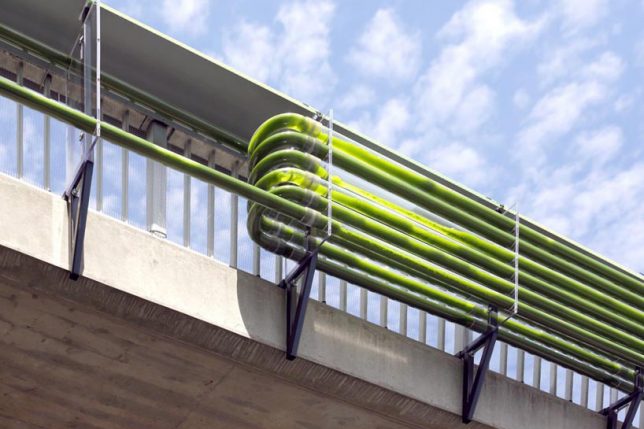 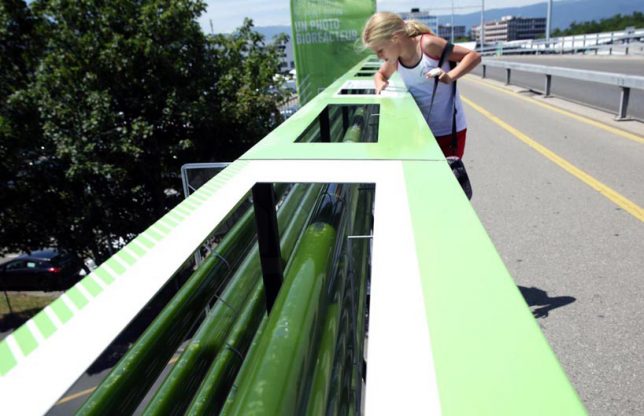 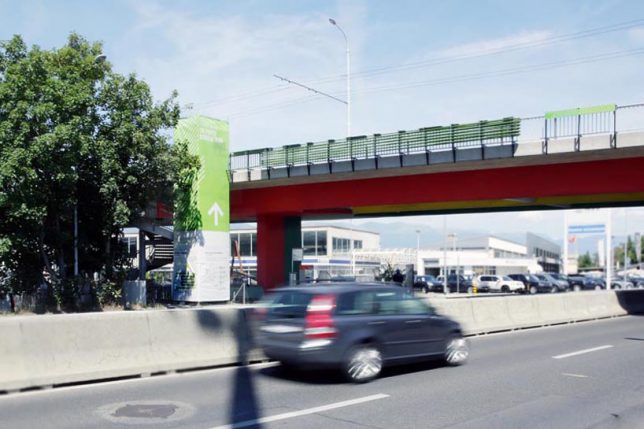 Developed for the Garden Festival Geneva: Villes et Champs, ‘Cloud Urbaine’ by the Cloud Collective is one of thirteen ‘gardens’ placed around the Geneva suburb of Lancy during the summer of 2014 – but clearly, this is no ordinary garden. The installation shows how even the busiest, least peaceful urban settings can play an important role in the production of food and plants. A closed system of transparent tubes mounted to the side of the bridge take in the abundant sunlight and CO2 of the location to grow algae for combustible biomass or food. 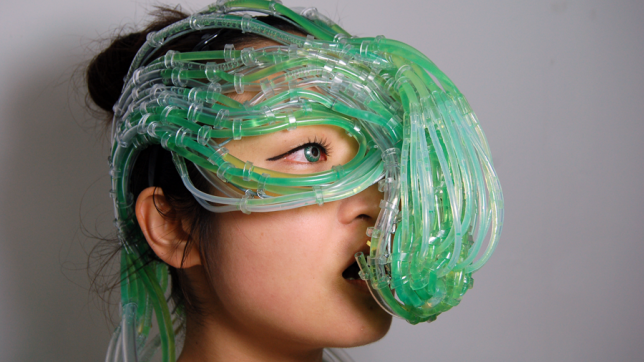 In the future, are we all going to walk around in suits made of symbiotic algae tubes that feed on our breath while providing us with food in turn? Designers Michiko Nitta and Michael Burton present the Algaculture Symbiosis Suit, which acts like an artificial exoskeleton. “As such, w e will be symbionts (meaning that both entities entirely depend on each other for survival,) entering into a mutually beneficial relationship with the algae.” 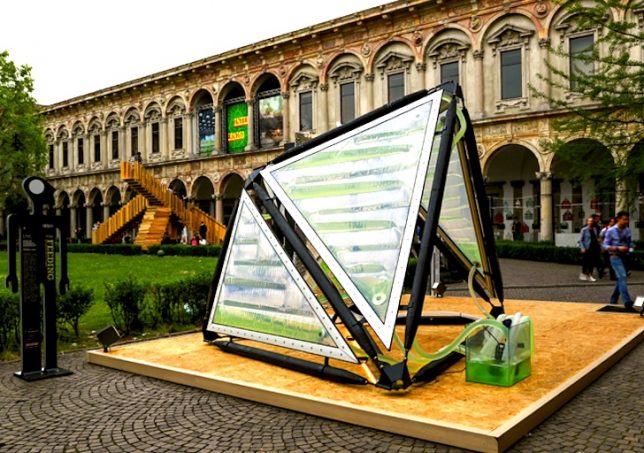 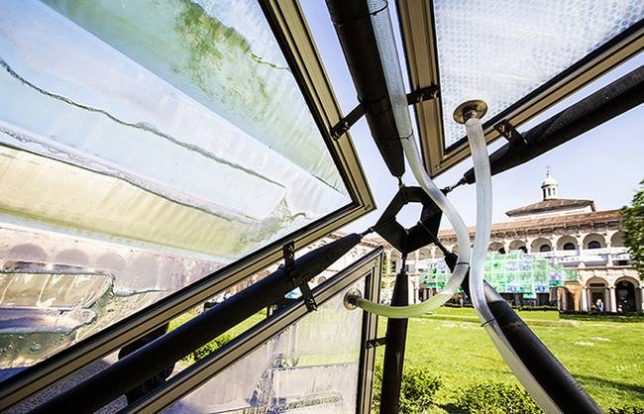 In the future, perhaps public squares will often be topped by translucent shade structures that cast green light below through panes of living algae. EcoLogics Studio demonstrates how this could work with the “world’s first bio-digital canopy,” demonstrated in Milan in 2015. The flow of water and energy inside is regulated by weather patterns and visitor usage, which dictate how much sun and carbon the algae gets. The canopy can produce over 300 pounds of biomass daily while reducing CO2, and generates as much oxygen per day as 400,000 square feet of natural woodland. 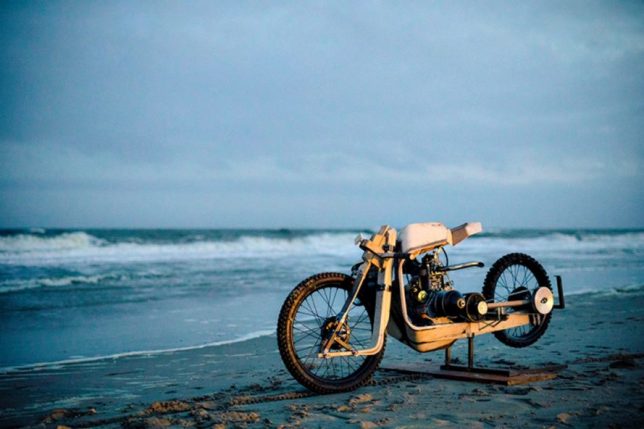 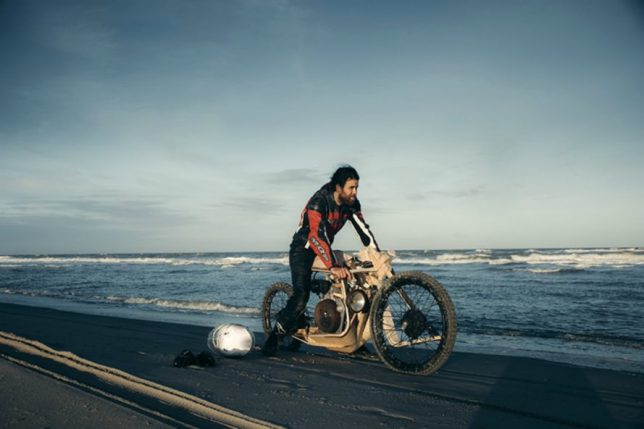 This handmade wooden motorcycle by Dutch designer Ritsert Mans and scientist Peter Mooij is made of as many natural materials as possible, from the cork dampeners to the hemp reinforcement to the algae oil it runs on. “People don’t know what the world will look like 30 years from now in terms of transportation and energy,” says Mans, “but that uncertainty allows people to develop and build their own ideas. Even though the single-sided swingarm seems to contrast with the ‘prehistoric’ material it is made of, it’s actually a full composite, with all sorts of directional fibers provided by nature. “