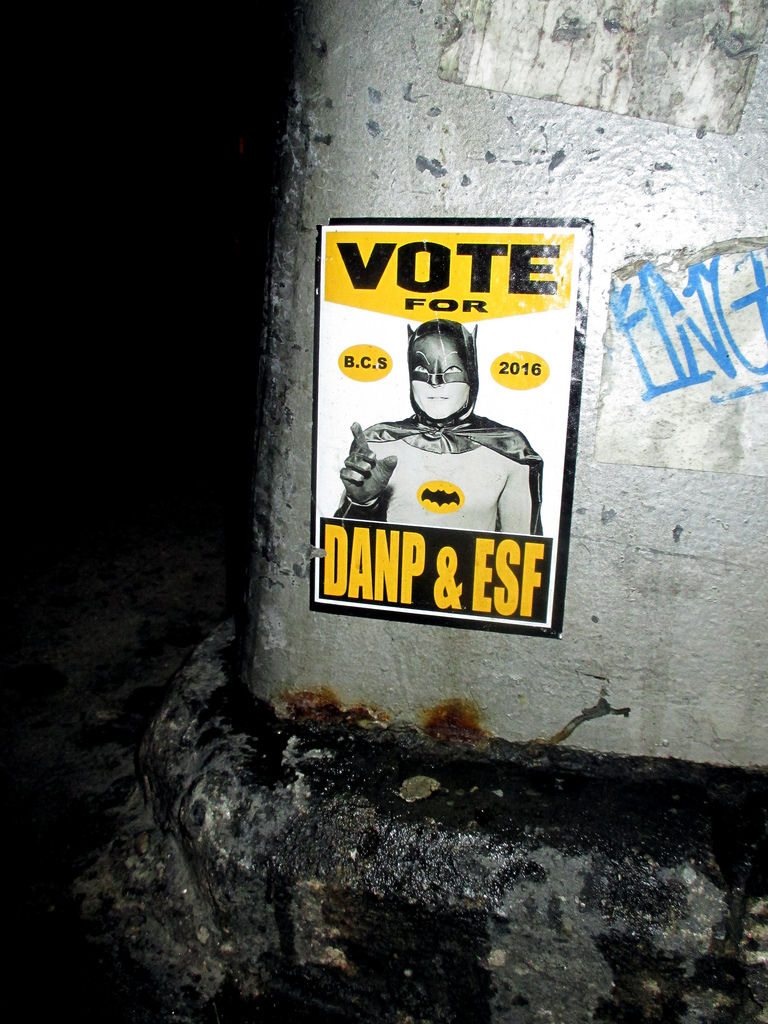 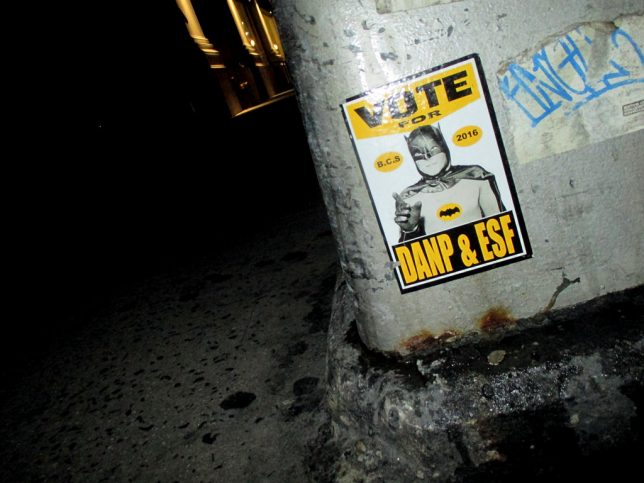 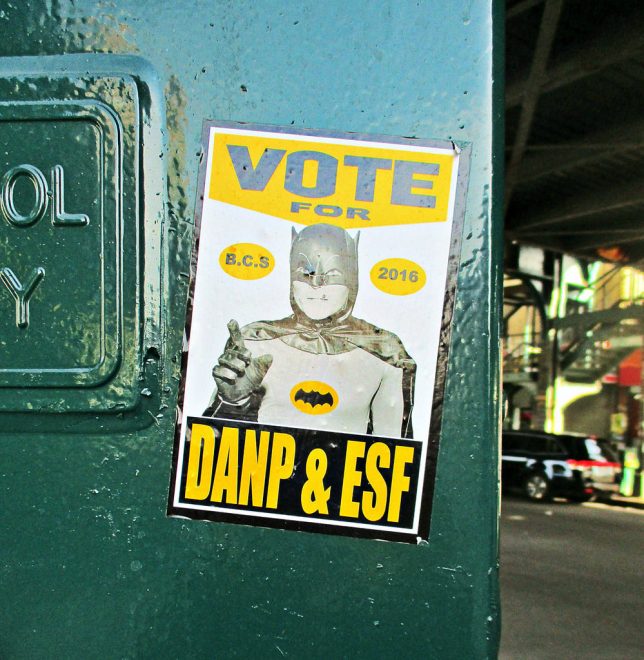 Comedic pretensions aside, Adam West never played the Batman for laughs. Instead, his signature deadpan delivery – coming from a guy wearing tights and accompanied by a similarly spandex-clad “Boy Wonder” – allowed kids to take the superhero at his words while letting adults appreciate the subtle humor in between the lines. Indeed, West’s Batman would have made a great politician, amiright? Check out Flickr user Brecht Bug‘s snaps of a sticker slapped on some subterranean NYC concrete in late 2015, while Robert S was moved to photograph a similar sticker elsewhere in Brooklyn in January of 2016. 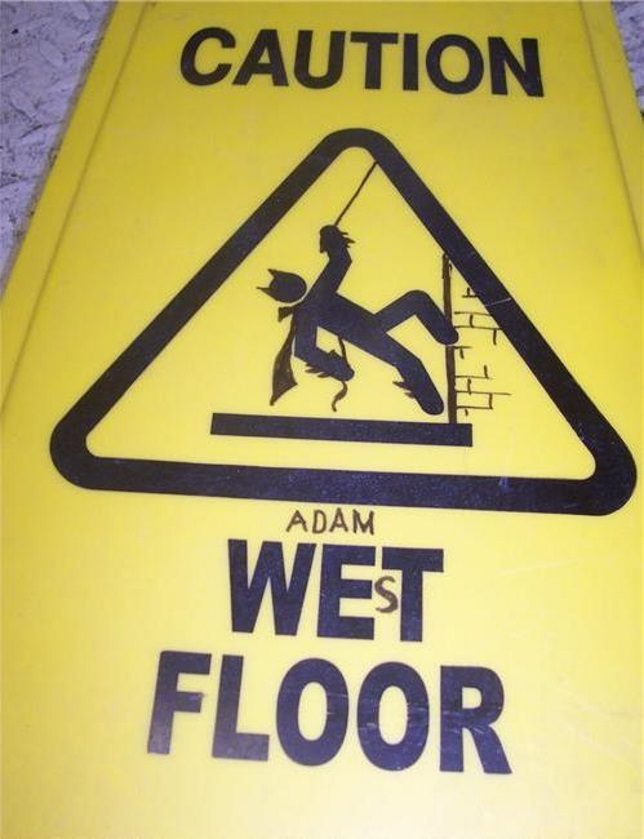 West, born in 1928 as William West Anderson, hails from Walla Walla, Washington… which has absolutely no relation to the creative modding of the Wet Floor sign above. Kudos to Flickr user timfootman for posting the image above in August of 2011; the photographer isn’t saying whether they’re also the artist but double-kudos if do. By the way, did you know those classic scenes of Batman and Robin effortlessly scaling building walls were actually filmed flat and tilted 90 degrees? Of course you did – and we’re still not invoking any Walla Walla connection. 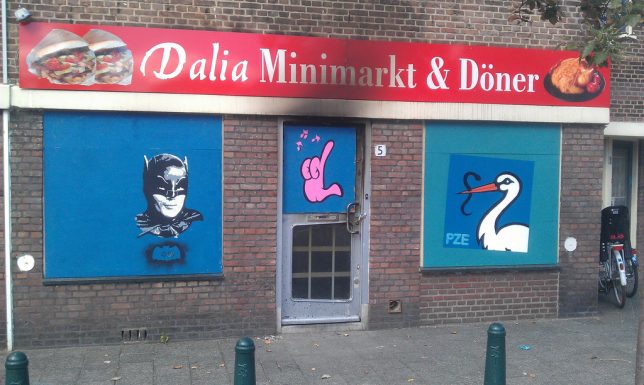 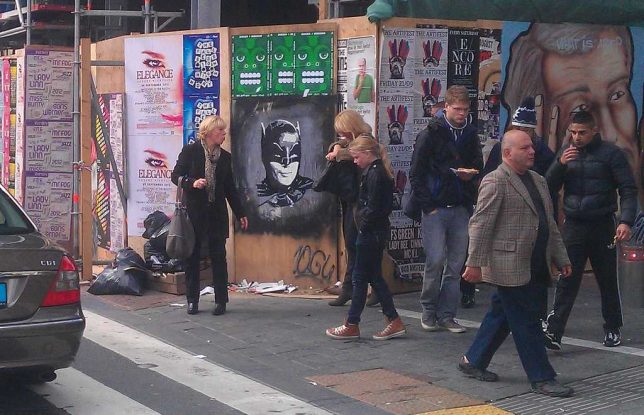 It’s not often a graffiti artist is also a Flickr member but here we are – with Gu (10:Gu [VDS]). The artist is apparently based in Amsterdam, the Netherlands, as that’s where most if not all of his superb Batman stencil graffiti works can be found. 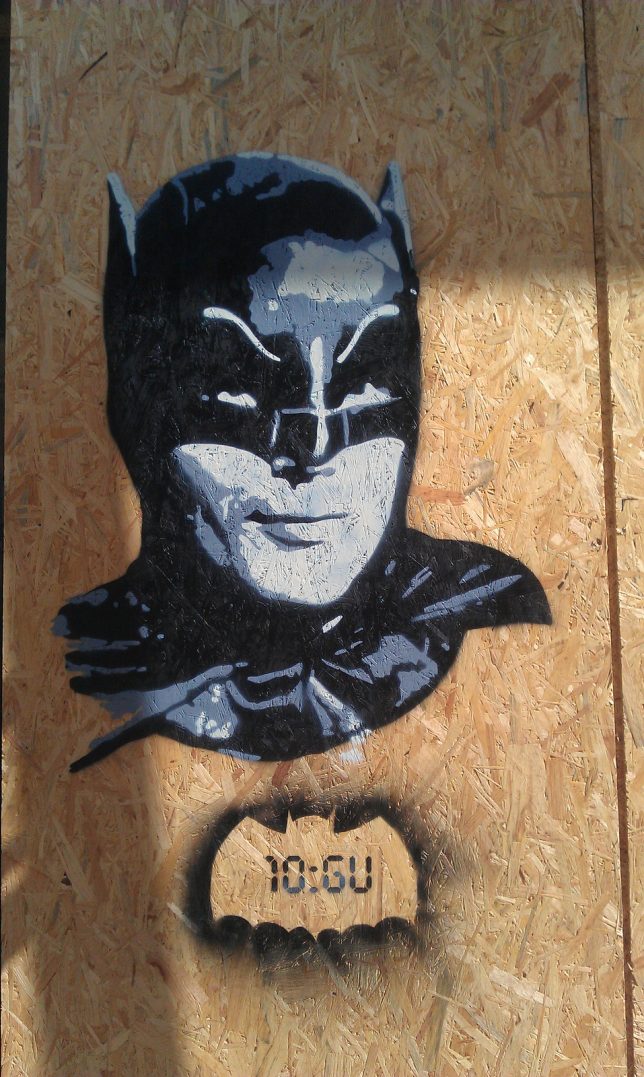 West’s confident, restrained grin so perfectly captured by the artist is almost Mona Lisa-esque, adding to the character’s mystique and illustrating why West’s portrayal of Batman continues to earn respect as time goes by. 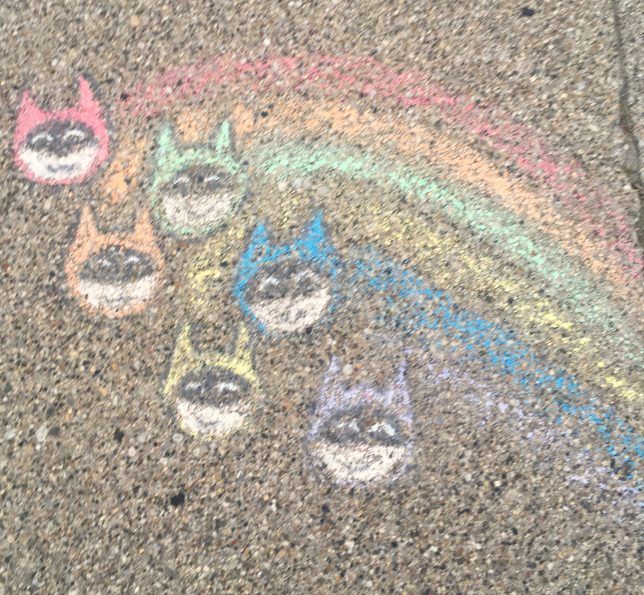 “Saw this little Adam West tribute on my jog last night,” states Imgur member Seoulfoundation of the above street art tableau. The apparently anonymous road work was posted to Imgur on June 12th of 2017, just three days after West passed away at the age of 88.