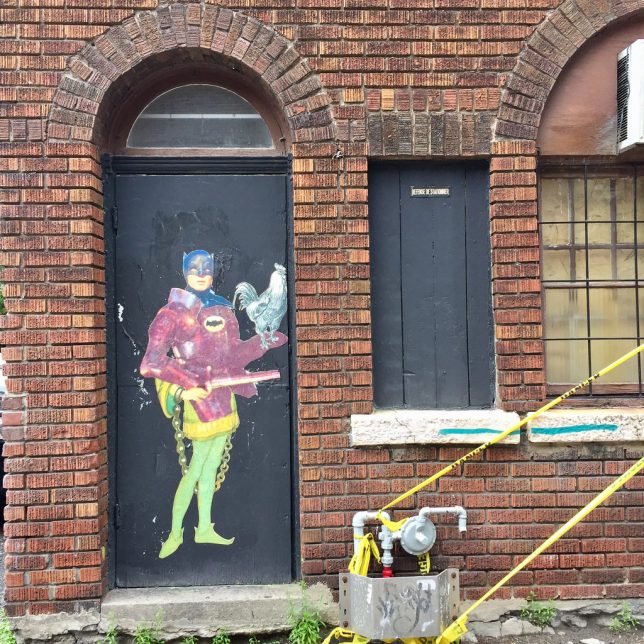 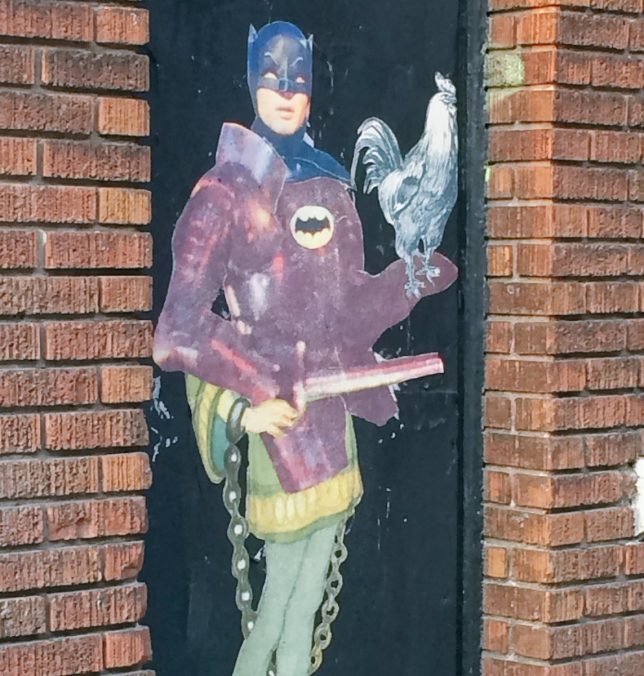 They’re NOT tights, it’s the “required uniform”… not that there’s anything wrong with that. You’ll find this fabulous Batman on St Dominique street in Montreal’s Latin Quarter. The colorful take on the Caped Crusader was captured by both Flickr user nefasth and Twitterer Elysha DG Enos in June of 2017, mere days after West’s passing though it’s not certain when the stencil was actually applied. Just wondering… what came first, the chicken or the bat?

Blind As A Bat 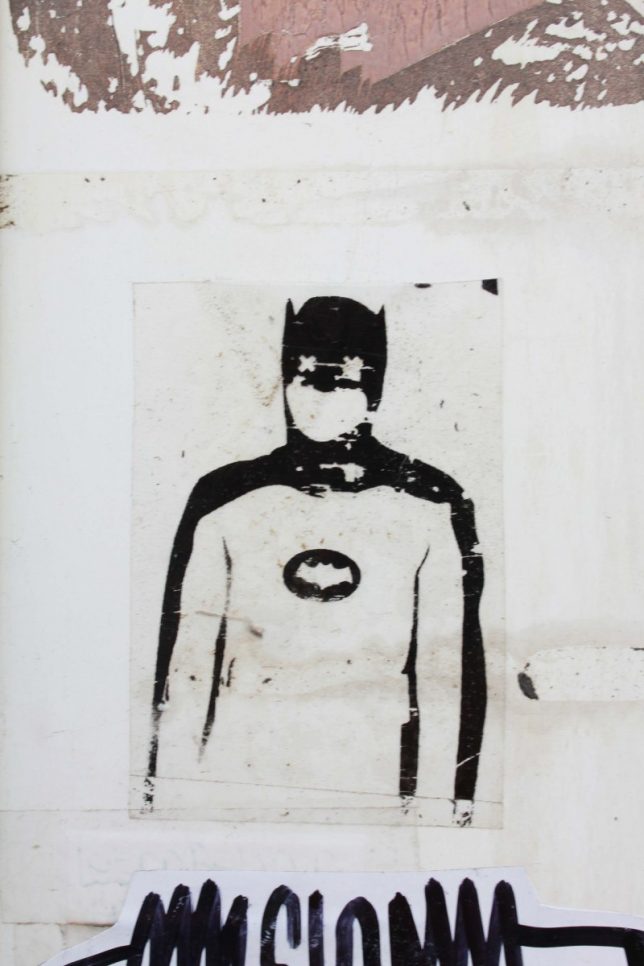 The rough stencil above was posted at mix-the-two on October 27th of 2012, which makes it chillingly prescient due to those creepy x’d-out eyes. Then again, West was in his mid-eighties at the time so realistically, the final lighting of the Bat Signal was destined to occur sooner rather than later. 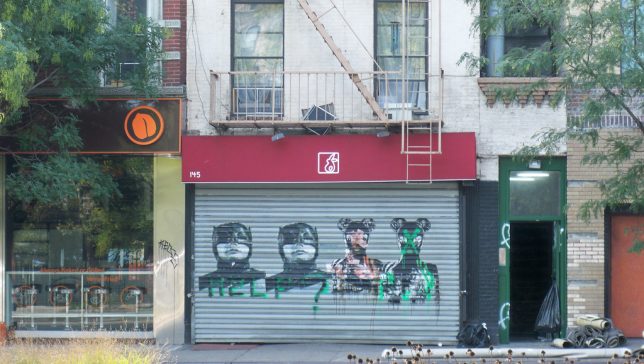 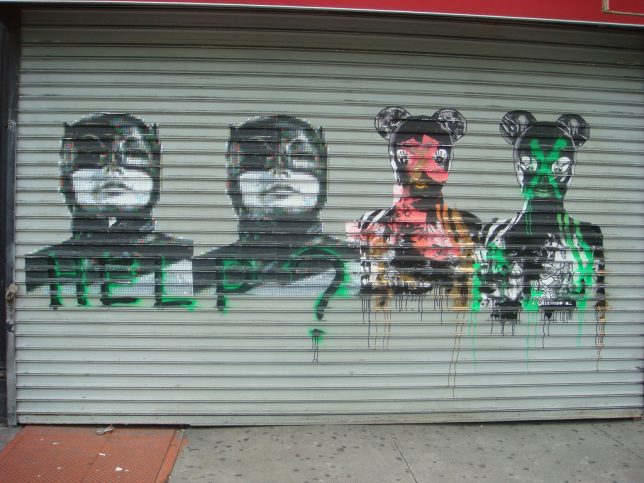 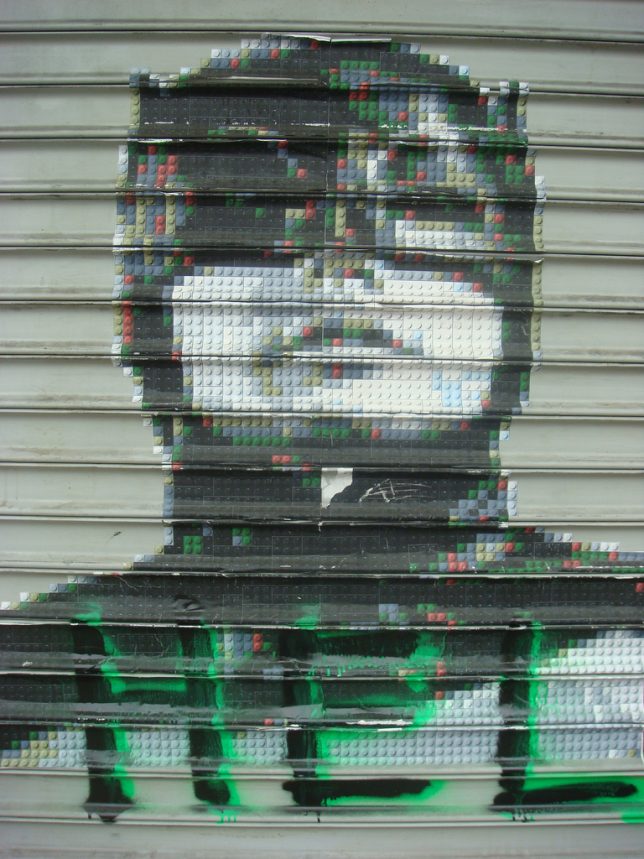 There’s nothing like a corrugated metal garage door in deepest, darkest Manhattan to give graffiti an added dash of gritty depth, and nothing like a vintage Batman graphic (or two) to impart even more of the same. Flickr users skillcrane* and donte (iamdonte) chanced upon the above pointillist bat-masterpiece in September and May of 2009, respectively. 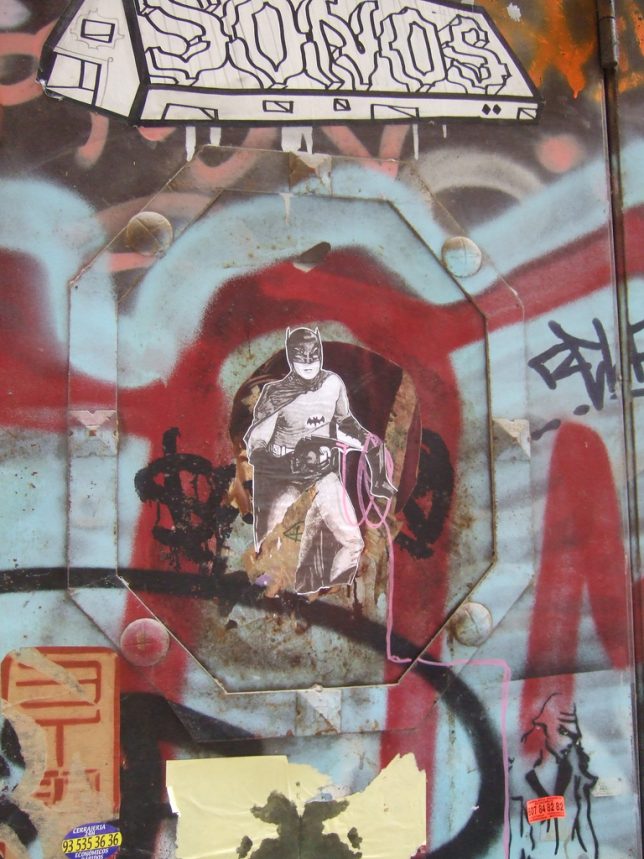 “Graffiti is really big in Barcelona’s old city,” states Flickr user crussell8, “and putting up things like this are pretty common.” Maybe so, but how many Barcelonians got to watch Batman’s initial TV run back in 1966-68, or the feature film released in 1966? Consider the Batman graffiti above to be a testament to the worldwide popularity of West’s Batman as a global cultural icon in recent decades.