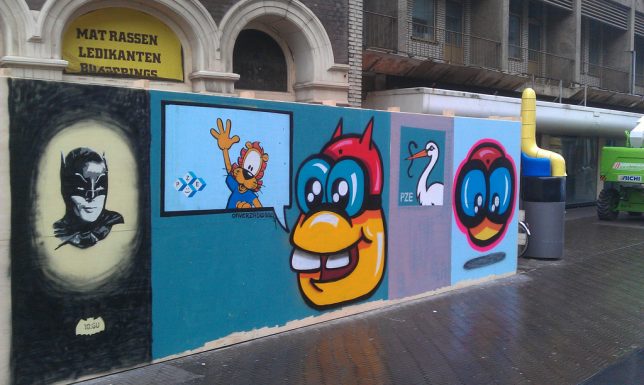 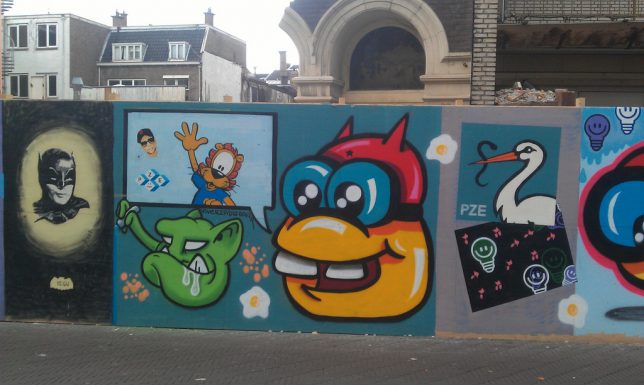 Street artist and Flickr member Gu (10:Gu [VDS]) has earned a second go-round here thanks to his colorful mural in the Spui (square) of central Amsterdam. These photos date from October of 2012. 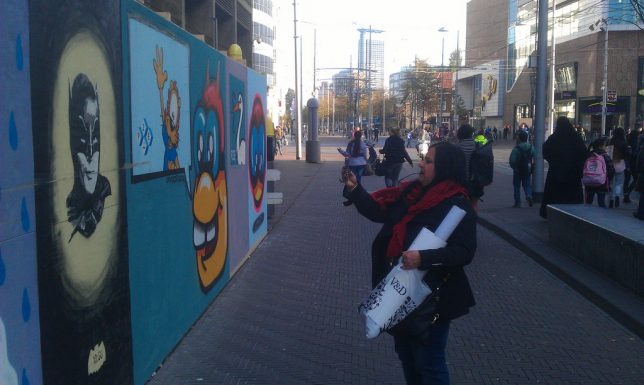 “Working for a commercial job,” explains the artist, “I saw that the Spui wall was much taken on the picture during the day. The best thing was a little child of 4-5 years old who went to see the old Batman series with his mother and the Batman was so well-known, what kind of generation gap?!?” What kind indeed.

The Creation of Adam West 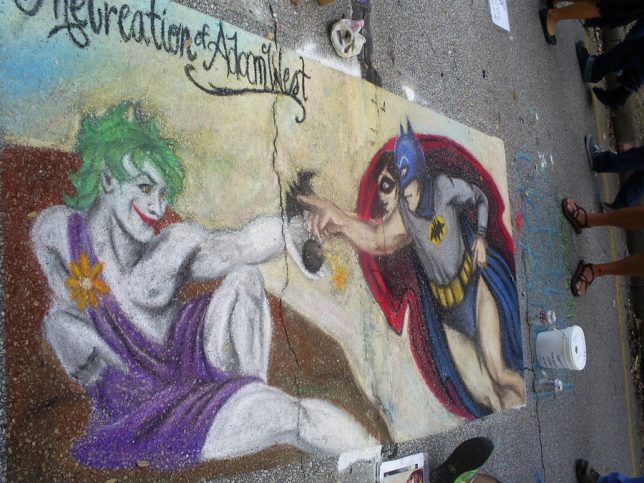 There’s something disturbing here but we just can’t put our finger on it. DeviantArt member sisterlilith brings us the above renaissance revival featuring a green-haired and godlike Joker (dig that purple toga) painted on an authentically cracked street that apes those classic Old Master frescoes. 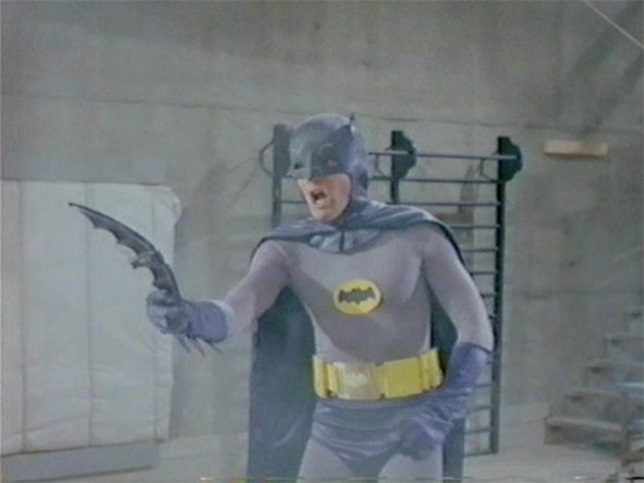 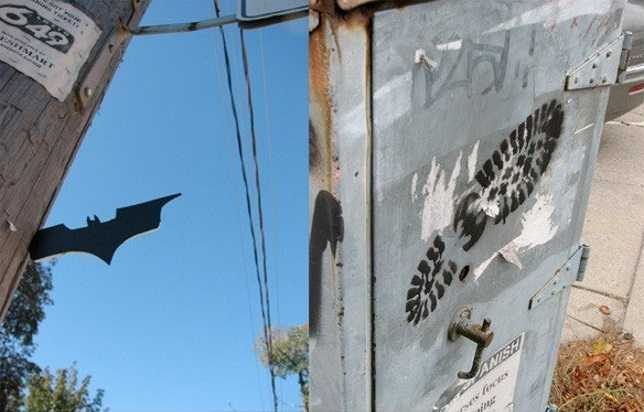 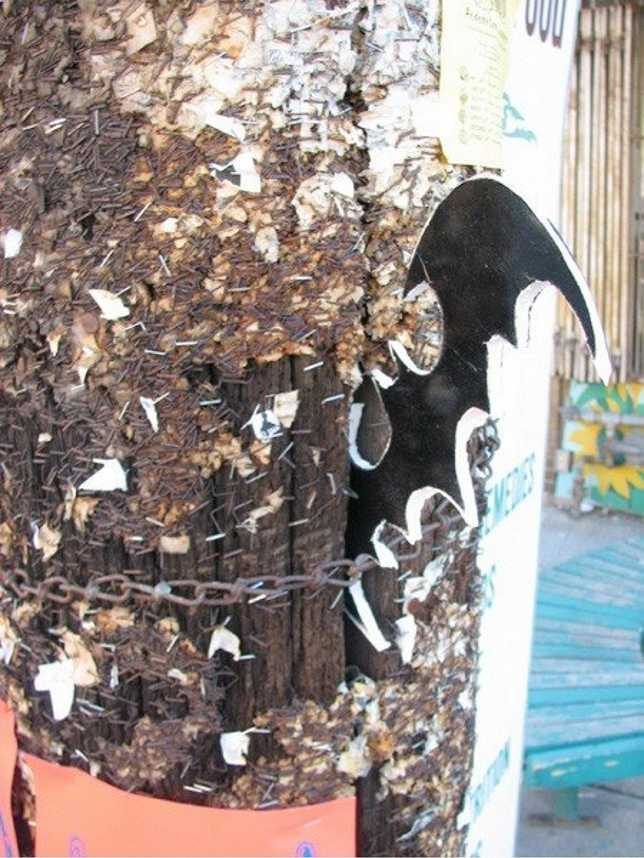 Evidence of Batman? In my Toronto? It’s more likely than you think… or at least it was, thanks to street artist Posterchild. Arriving in Hogtown early in 2012, the artist set to work embedding “Evidence of Batman” around urban Toronto – literally, in the case of numerous Batarangs of various styles seen lodged in street signs and telephone poles. Other purported evidence took the form of bootprints marching up the sheer walls of downtown buildings. 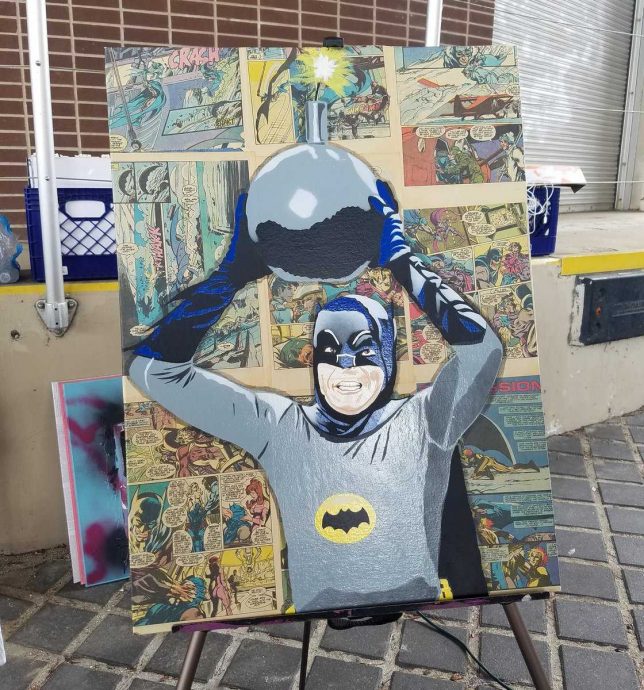 Some days you just can’t get rid of a bomb, and this is one of those days. One of the 1966 Batman film’s most memorable scenes, the so-called Batman Bomb Run features Adam West at the height of his bat-powers… but maybe not for long, as the stereotypical spherical bomb ominously smolders away. Twitterer Kyle Willis posted this “painted yesterday” piece from Florida on June 10th of 2017. R.I.P Adam West, thanks for all the bat bons mots and may your utility belt never chafe your tender vittles.