Atlanta BeltLine, Atlanta, Georgia by Perkins + Will and Kimley Horn 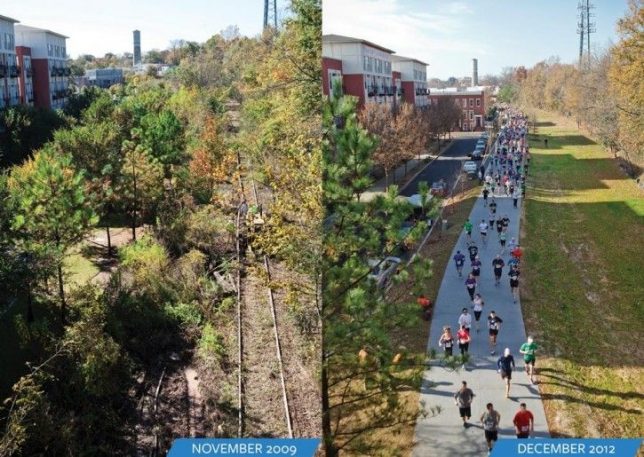 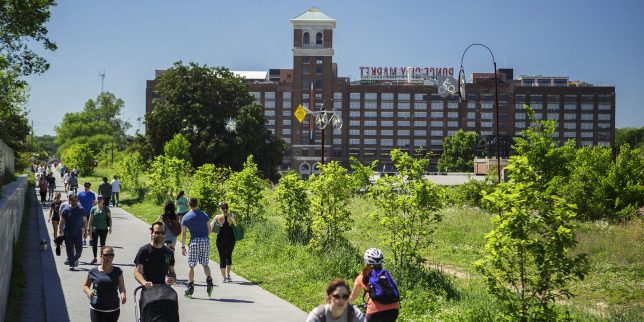 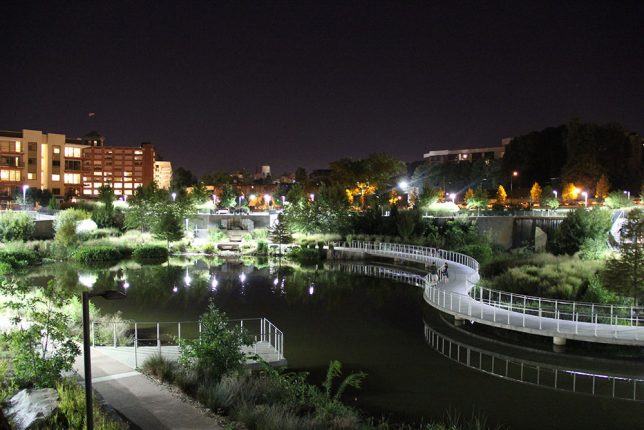 One of the largest urban revitalization projects currently underway in the United States, Atlanta’s BeltLine is a planned loop of parks and trails connected to transit and affordable housing circling the city, built mostly in abandoned railway corridors. The ambitious plan includes 33 miles of multi-use trails, 22 miles of light rail transit, 1,300 acres of new green space and 1,100 acres of remediated brownfield. It will be lined with public art installations and connect 45 neighborhoods. Sections of it opened in October 2008, and it’s going to be a long process to finish it, with an expected completion date in 2030. 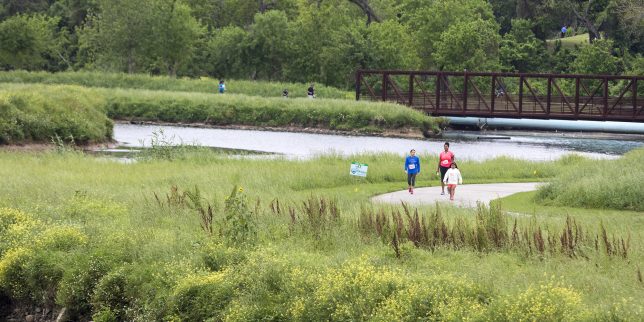 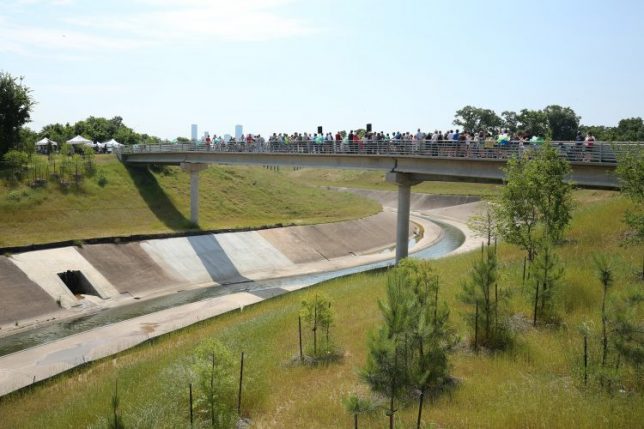 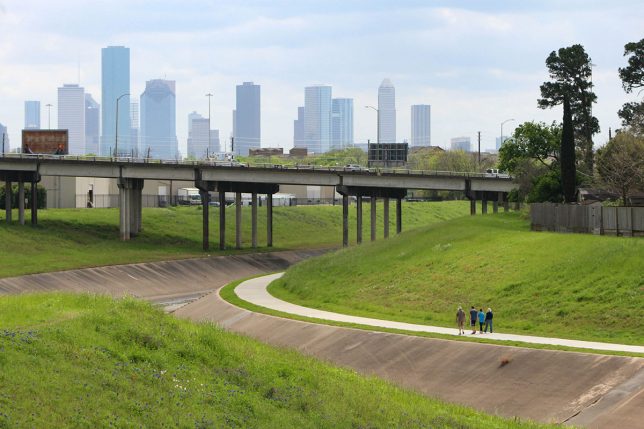 The first segment of Houston’s Bayou Greenways 2020 opened in 2014, and the rest will be done by 2020, as the name suggests. The 3,000-acre project transforms 150 miles of land along the bayous into linear parks, adding more than 80 miles of new hike and bike trails. These spaces will be distributed equally among just about every neighborhood in Houston, bringing accessible green space to many underserved areas of the city. 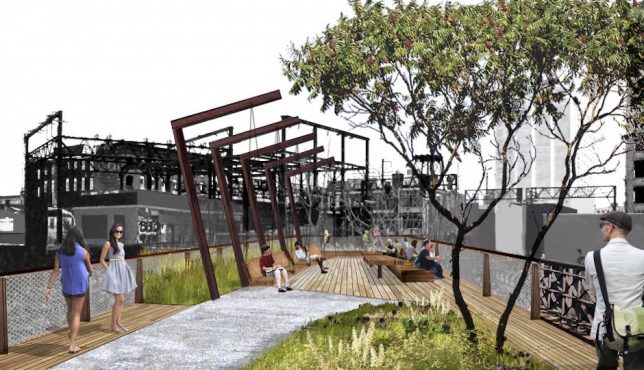 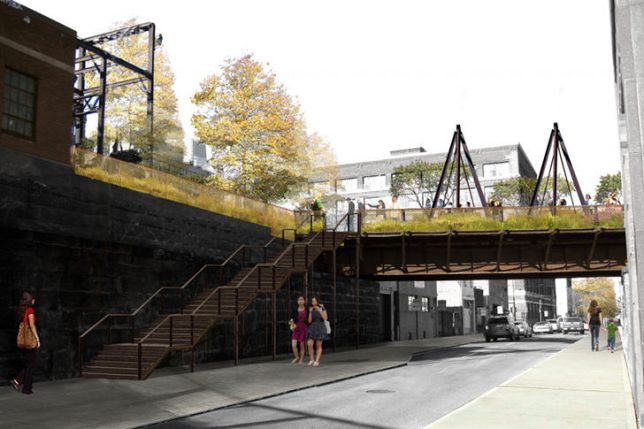 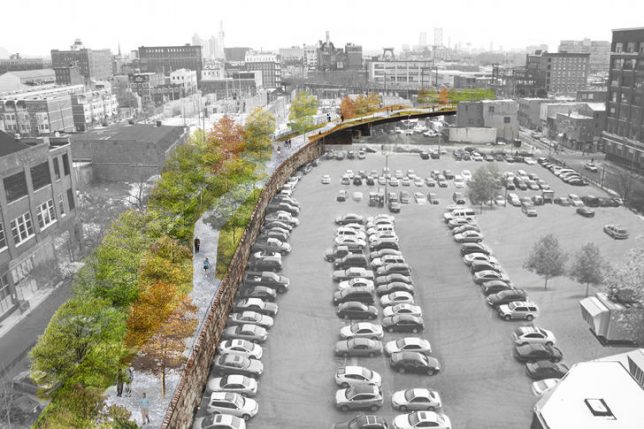 Philadelphia’s abandoned Reading Railroad Viaduct will become the Reading Viaduct Spur Park (The Rail Park,) covering the neglected steel structures and arched masonry bridges wit trails and park spaces with incredible views of the city’s skyline and surrounding neighborhoods. 32% of the land around the viaduct is still vacant and undeveloped, but once the park is built, it’ll spur redevelopment in the area, encouraging urban density. 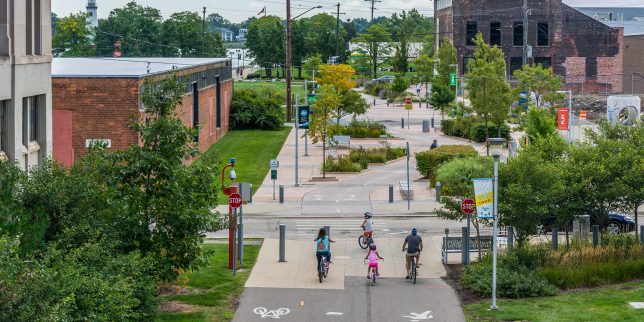 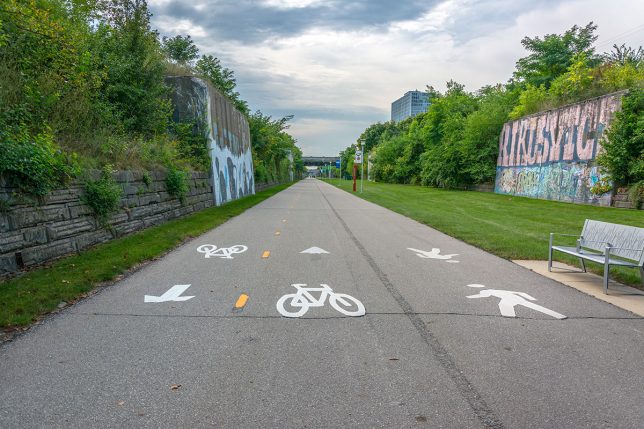 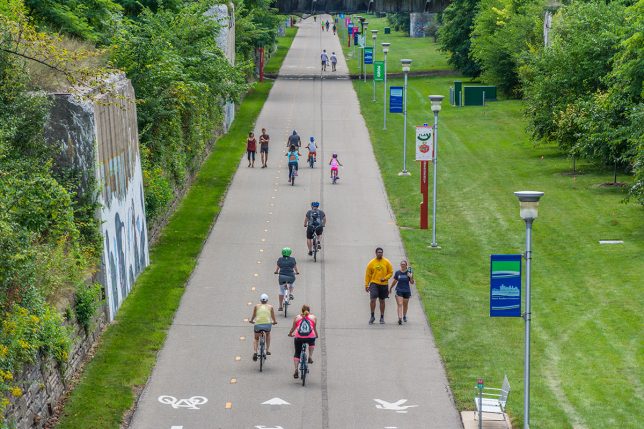 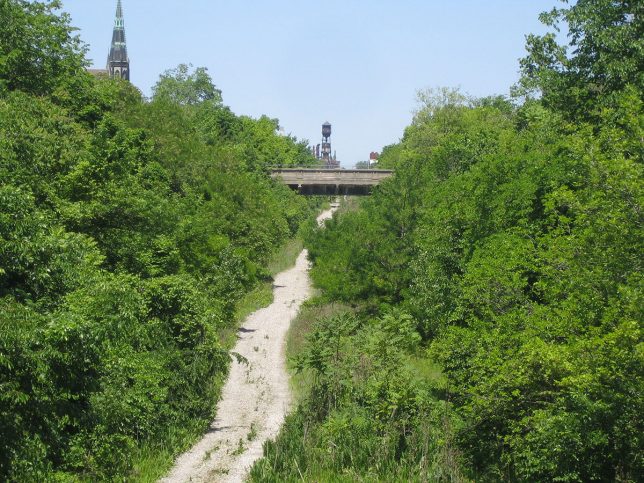 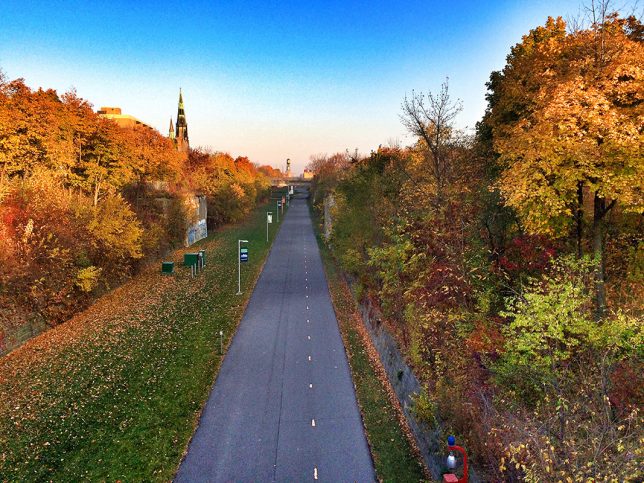 Running parallel to St. Aubin street along the former Grand Trunk Railroad Line, the Dequindre Cut is a mostly below-street-level greenway just north of the Detroit River featuring a 20-foot-wide paved pathway with separate lanes for pedestrian and bicycle traffic. The route takes visitors from the East Riverfront to the Eastern Market and to several residential neighborhoods in between. It’s lined with lots of urban artwork and graffiti. Check out the before and after photos above.