Taking inspiration from La Flaine Hotel by Marcel Breuer and the Glenkerry House in London by Erno Goldfinger, these ‘Cuckoo Blocks’ by artist Guido Zimmermann use iconic Brutalist architecture to make a political statement. Structures like these were once built as affordable housing, but now many of them are far out of reach for the middle class, housing luxury residences instead. 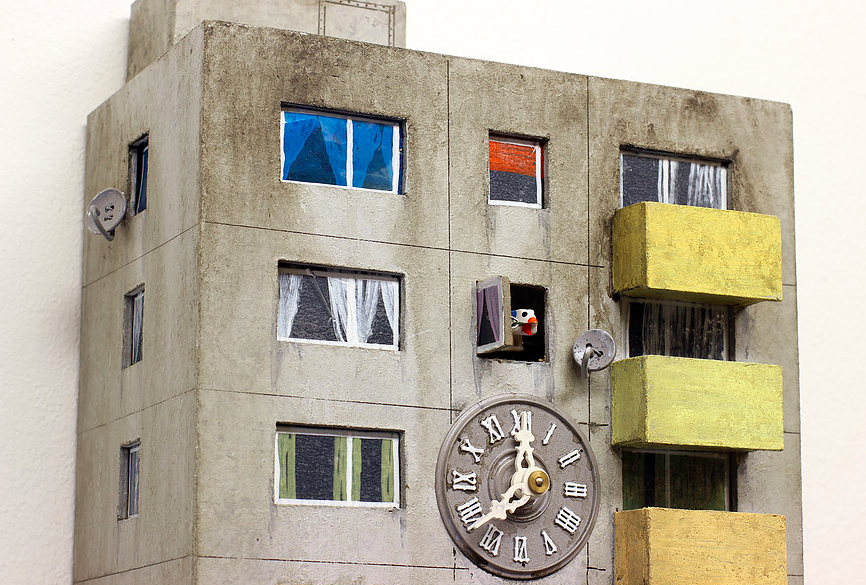 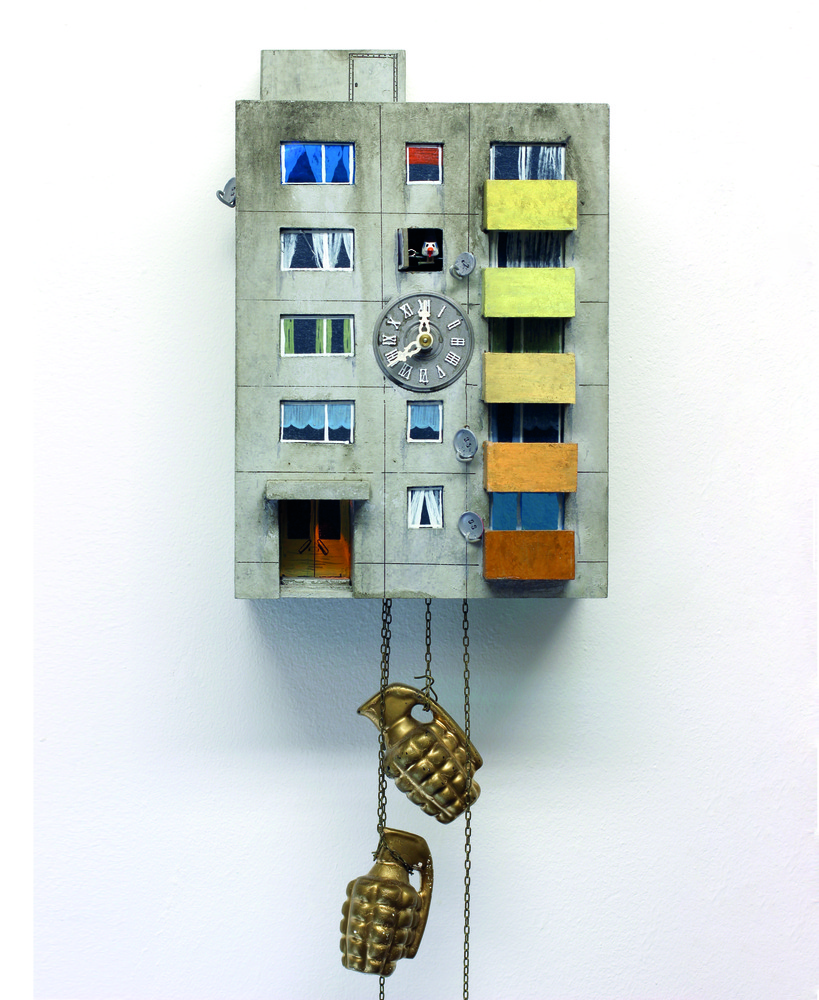 Zimmerman creates an unlikely contrast by pairing their stained, drab and blocky proportions with the classic cuckoo clock, long considered a symbol of prosperity. 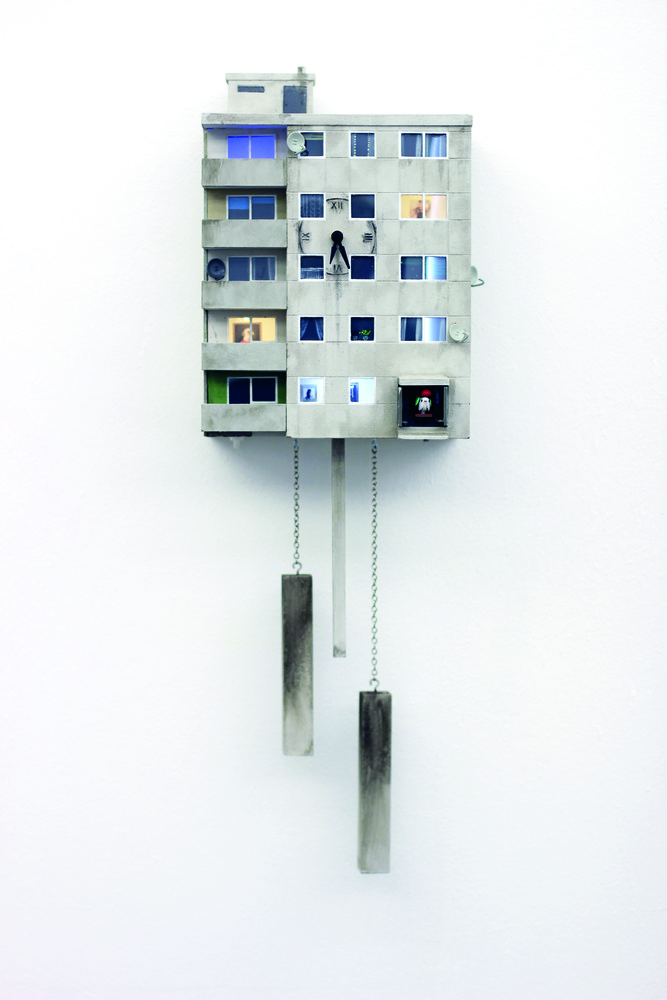 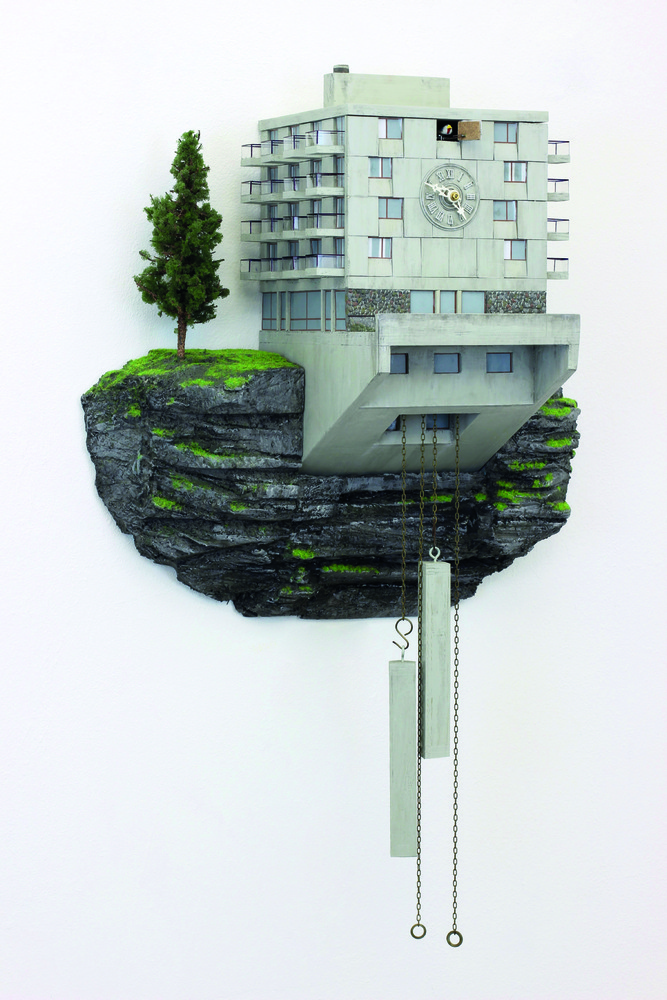 “The hull is new, but the soul, a clockwork with a cuckoo, is still an old one.” 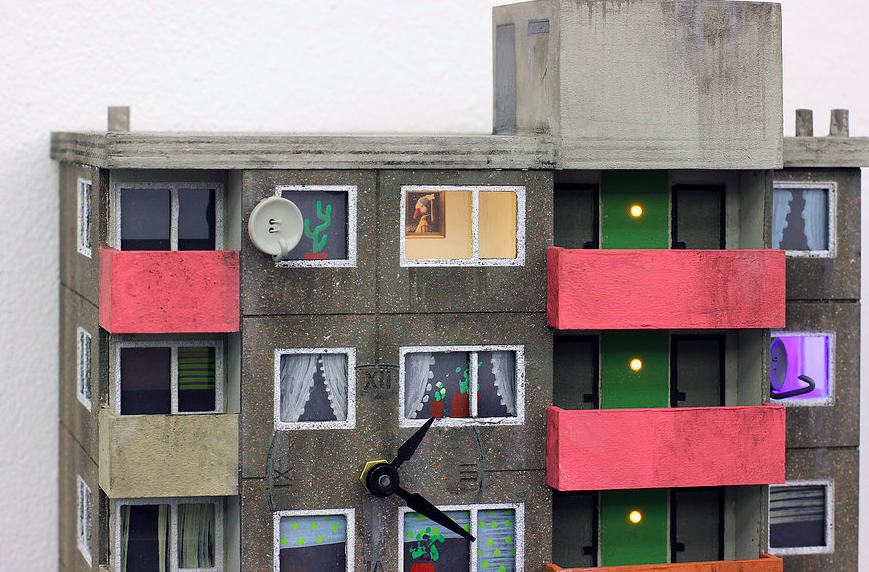 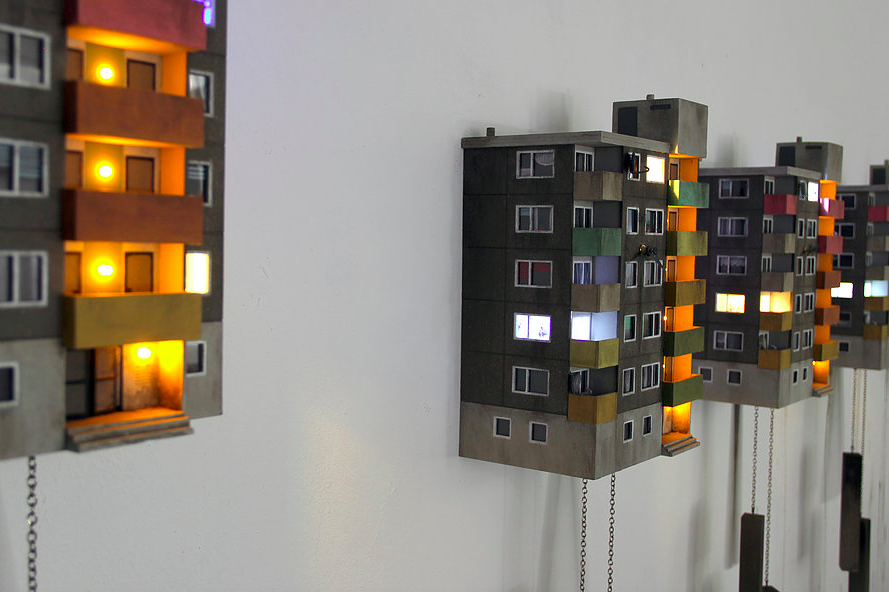 While there’s definitely something a little absurd about the pairing, it works. These miniature faux concrete buildings are just as interesting to look at as the original ornately carved wooden versions, and it’s fun to peer into the windows to try to catch a glimpse at what’s inside. They’re especially cool after dark when the lights come on. 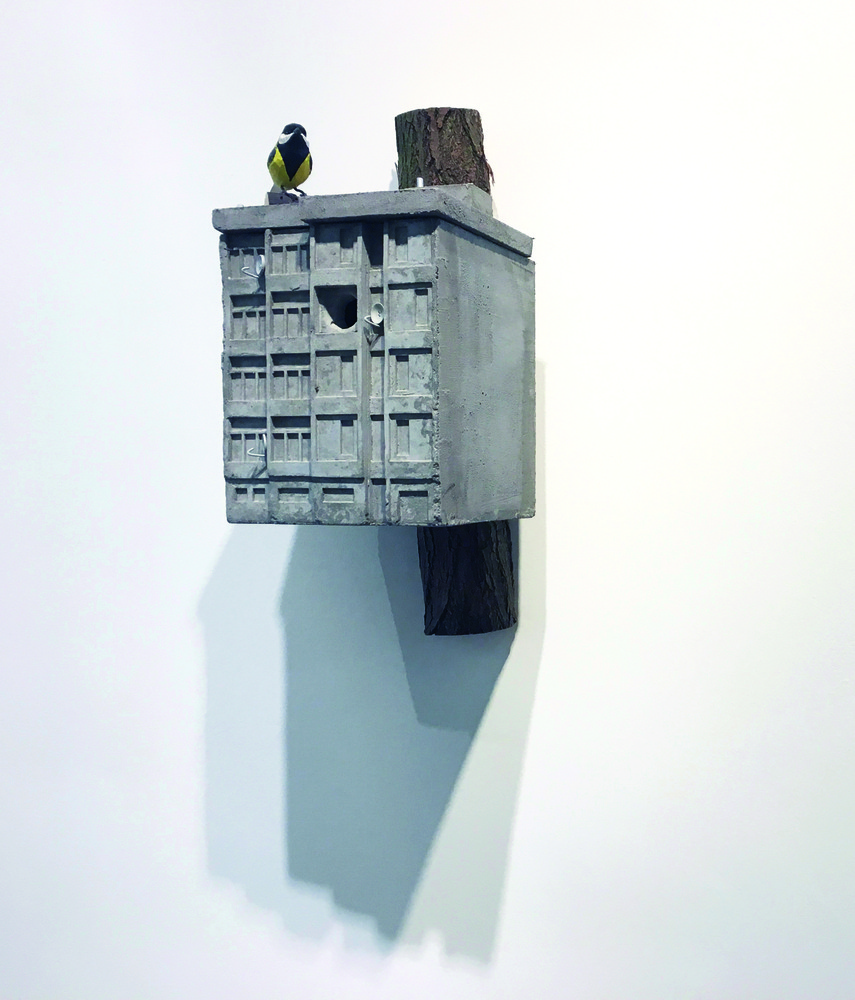 Zimmerman also extended the series by turning one of his mini Brutalist wonders into a birdhouse.

“The prototype, a model of a social housing building from Catania/Sicily, was quickly inhabited by a pair of titmice,” he says. “The three nondescript birdhouses next door remained uninhabited. Perhaps it was the small satellite dishes which convinced the bird of the ‘social bird housing.’”