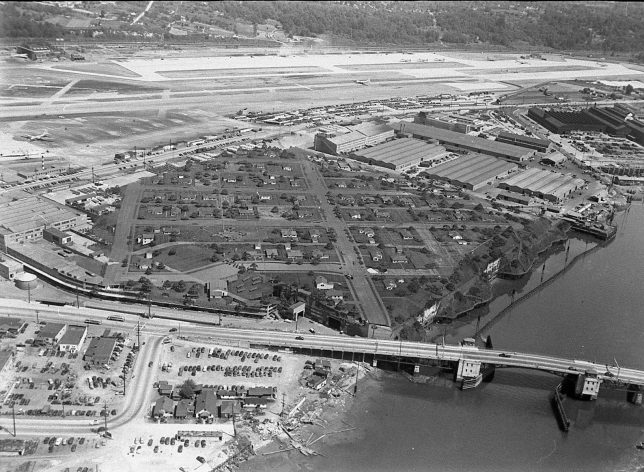 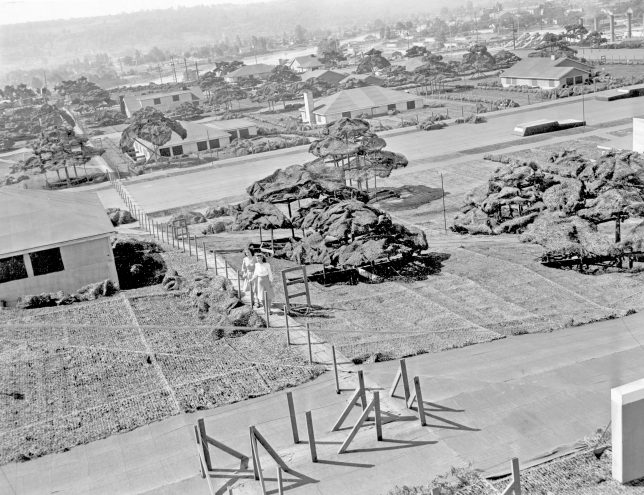 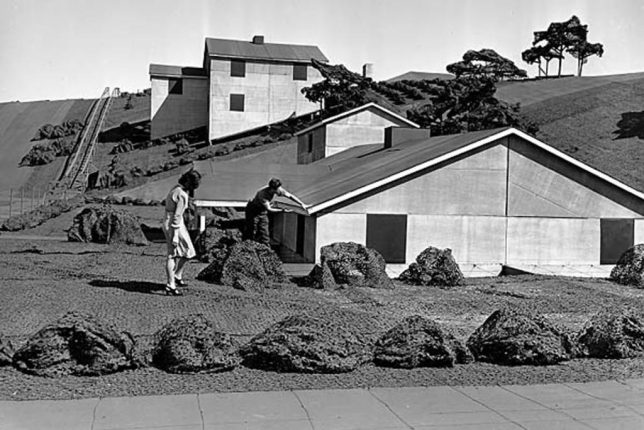 Boeing’s operations were so important to the World War II efforts of the Allied Forces, the aircraft manufacturer went to great lengths to hide one of its structures in Seattle. The U.S. Army Corps of Engineers were afraid that Boeing Plant 2 was susceptible to air attacks by Japanese forces because it was so easy to identify from above. Their solution? Covering the entire roof of the massive facility with a fake town consisting of half-height houses, plastic trees and painted streets. They hired Hollywood set designers to help them make the 23-acre faux suburb realistic enough to pass scrutiny from above. 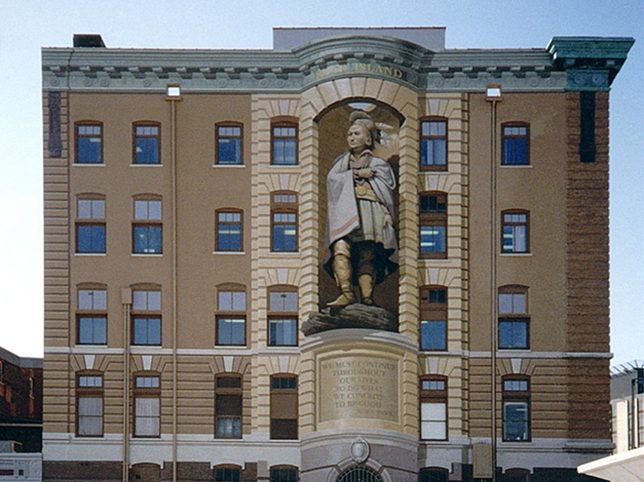 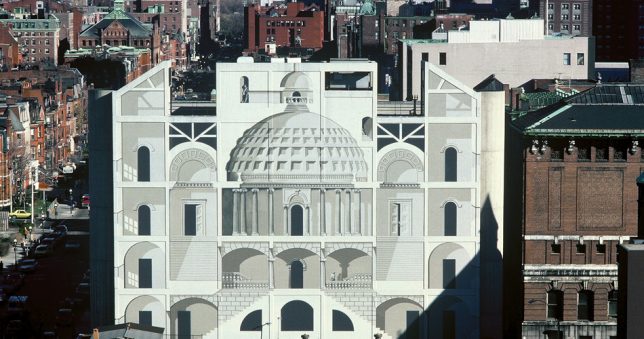 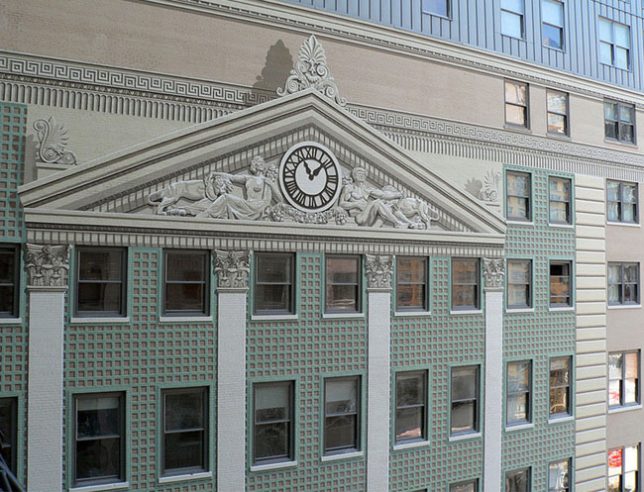 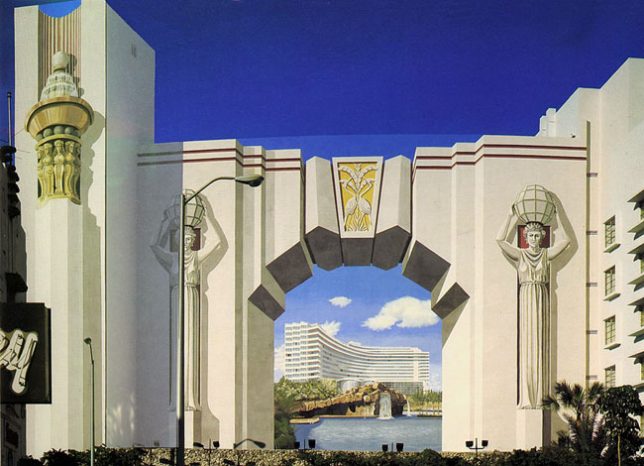 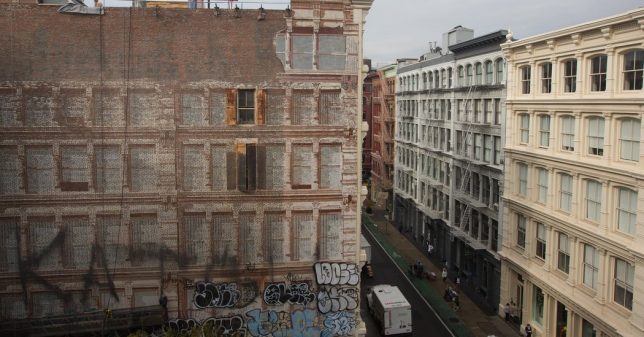 Artist Richard Haas is well known for his trample l’oeil architectural murals, often spiffing up big, boring walls in urban areas. Many of them were completed in 1970s and ‘80s, and are considered to have considerable historical value at this point, including a cast-iron facade on the black sidewall of the building at 112 Prince Street in SoHo reaching 75 feet wide and five stories high. His work may not be actual architecture, but as the New York Times noted in a profile back in 1989, “Richard Haas has, in all but name, become an architect. He has not gone to school and got a degree, but no matter: Mr. Haas’s art, which has long taken architecture as its theme, has now expanded to the point where it plays as much of a role in the cityscape as many real buildings.” 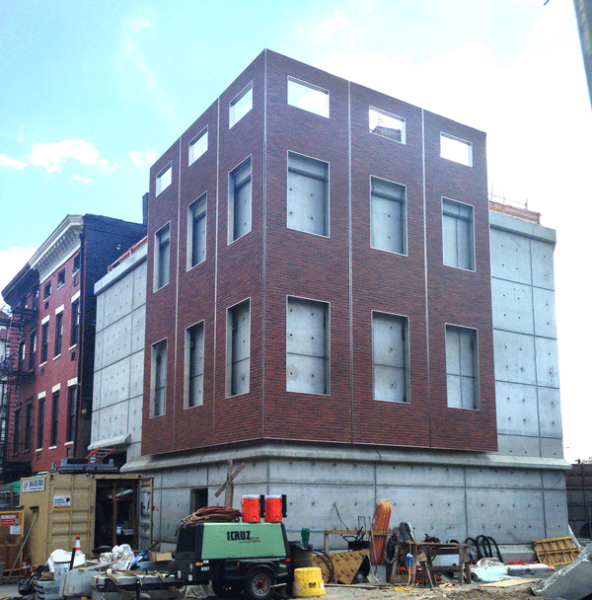 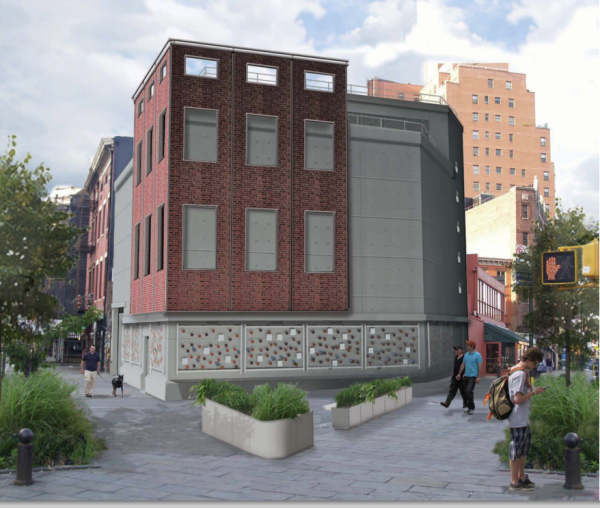 Many New Yorkers weren’t exactly thrilled when the MTA debuted its design for a fake facade affixed to a monolithic concrete subway ventilation plant at Mulry Square. The concrete behind the facade conceals emergency exhaust fans for the Seventh and Eighth avenue subway lines that run beneath it, and the facade is meant to soften the look of the undeniably ugly structure. Unfortunately, it’s not exactly passing for the real thing, and its unfinished look has locals calling it ‘horrendous’ and ‘hideous beyond words.’ 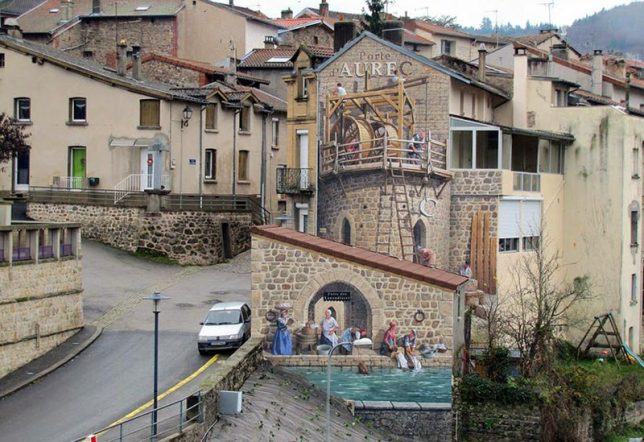 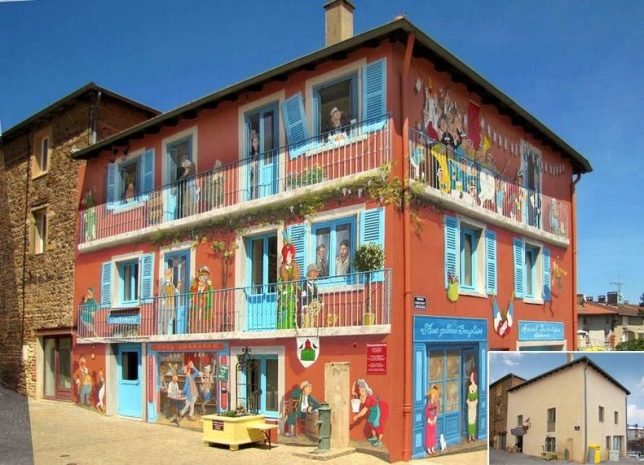 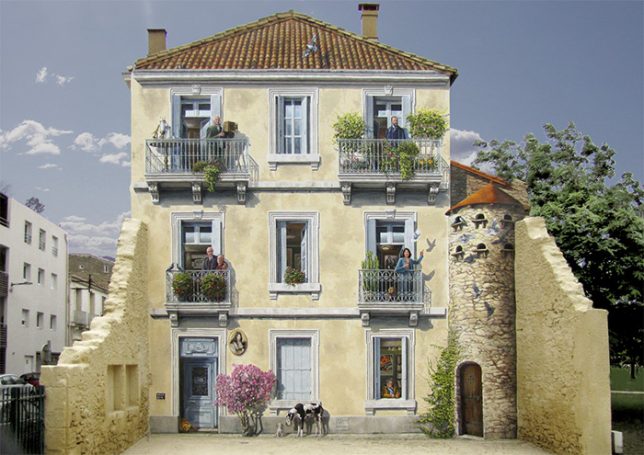 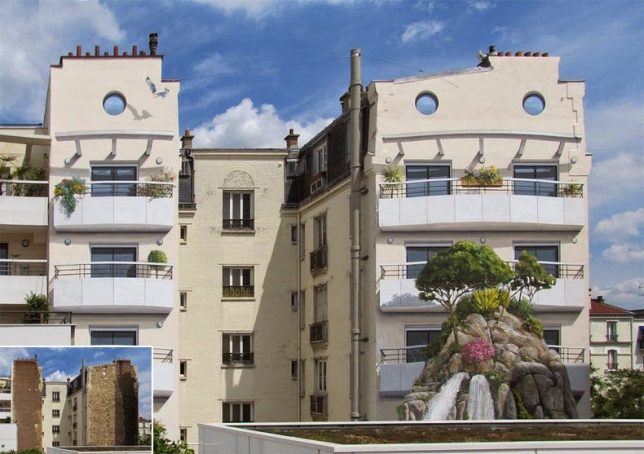 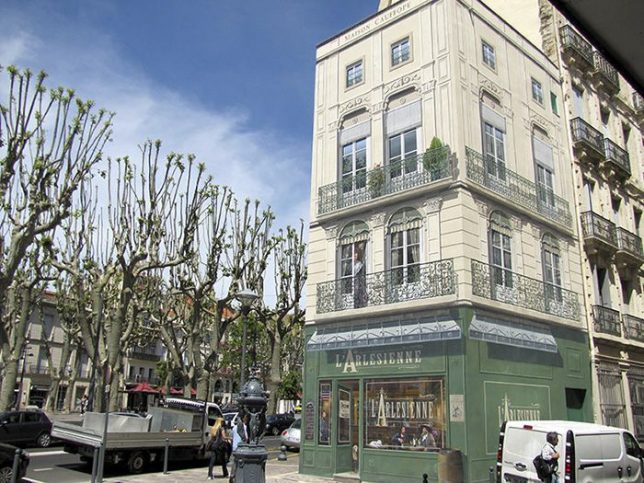 Like Richard Haas, Patrick Commecy’s work is almost entirely architecturally focused. Though the work is a little too cartoonish to really pass for hyperrealistic, from a distance, you might not be able to tell that the windows, balconies, trees, animals and people seen on these facades aren’t three-dimensional. His work certainly makes big ugly blank walls a lot more interesting to look at, transforming the feel of the neighborhood.