A contemporary home in Spain was designed to wrap a surface well and sits on the associated subterranean cistern, creatively converting it into the solid foundation and habitable basement of this new living space. 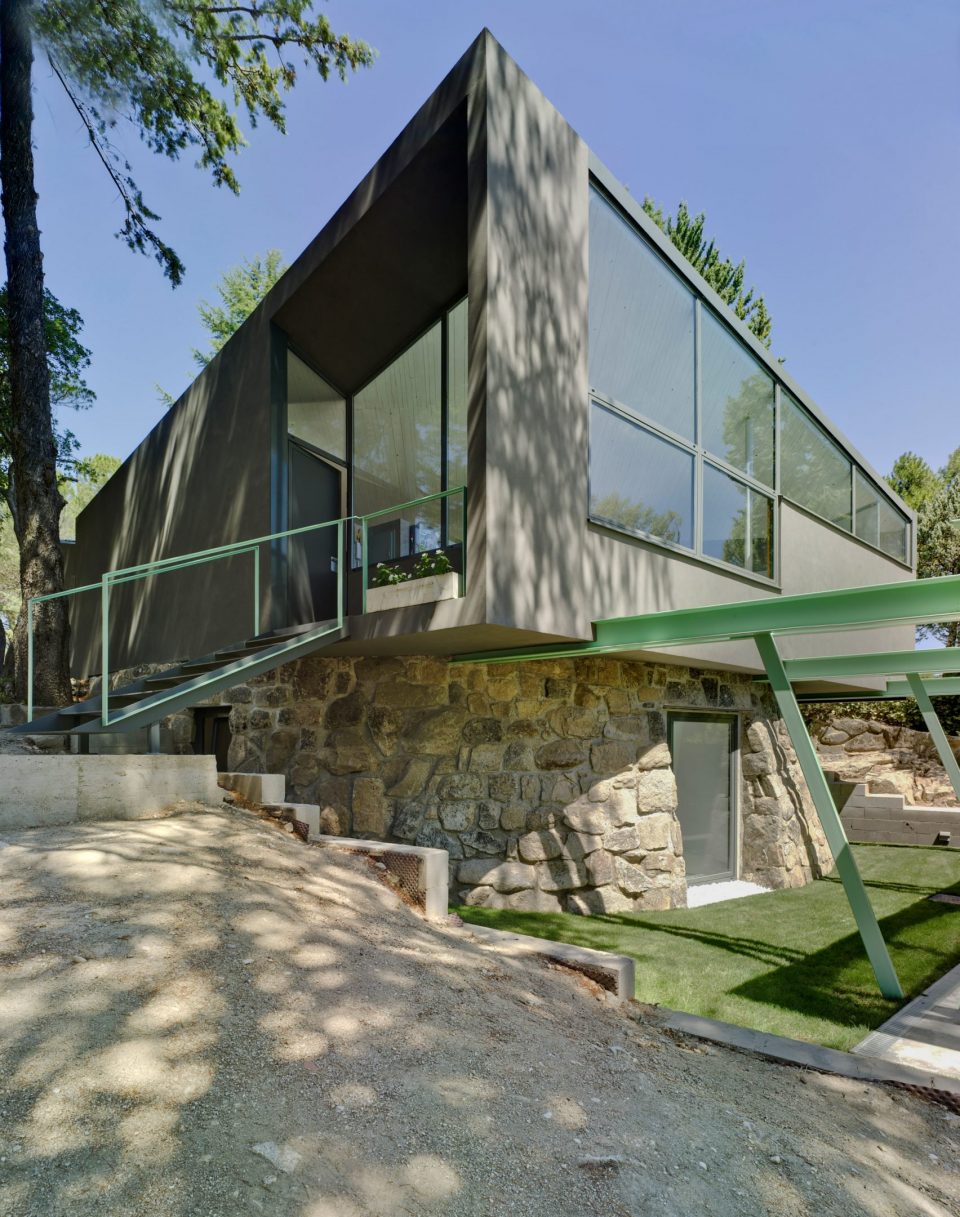 The so-called Casa Aljibe (Cistern House) by architect Alejandro Valdivieso (images by David Frutos) is located in Alpedrete on the site of an old local water system that used to supply the neighborhood but stopped functioning over 50 years ago. 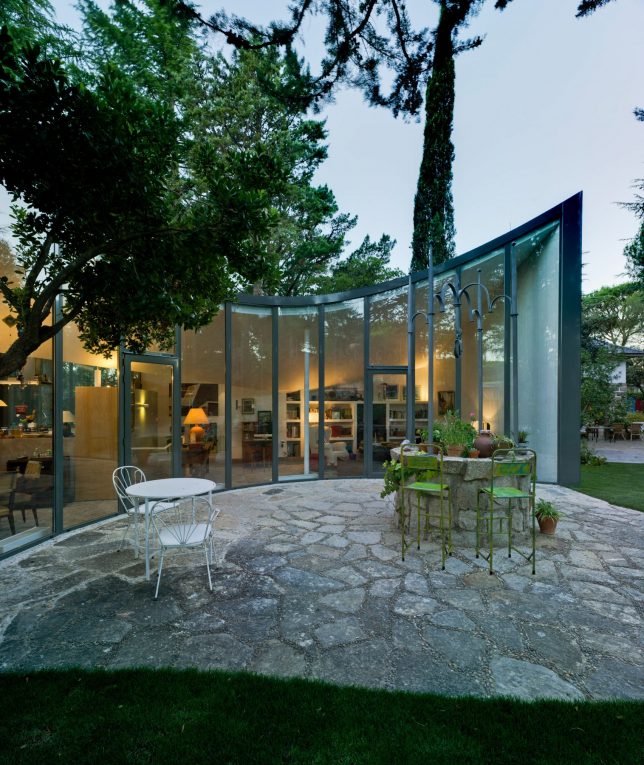 The cistern structure was left intact, however, and used for storage. When it came time to build a home for the descendants of the property owners, the architects decided build with and around these existing features. 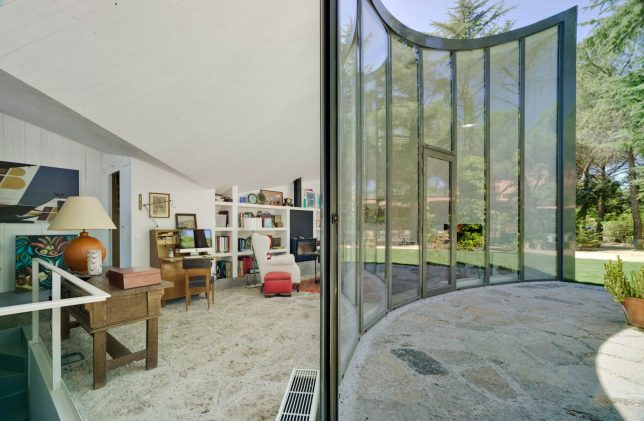 The resulting design features a curved glass facade shaped by the well and a light prefabricated metal and timber frame system that rests comfortably on the existing stones of the cistern below. The cisterns’ ceiling functions as a patio. 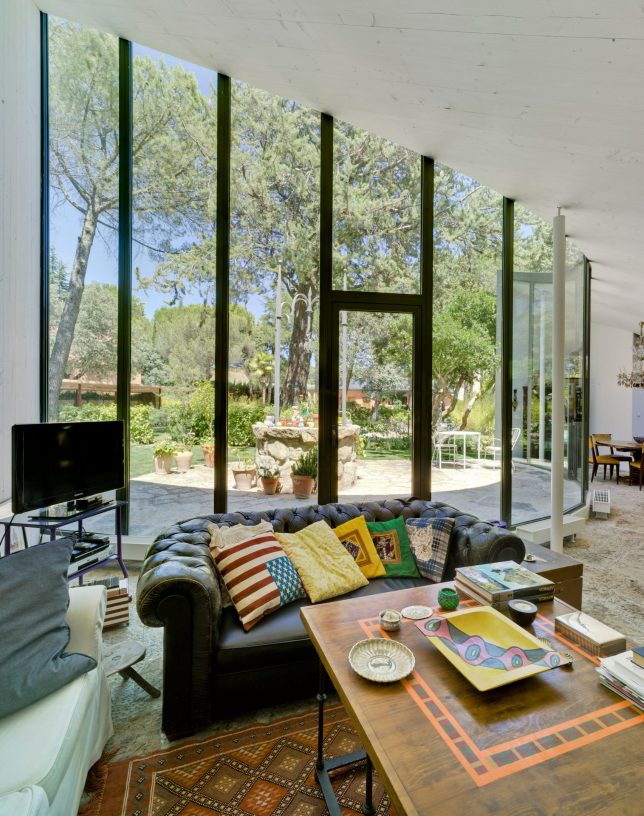 Behind the house, the ground level drops off and the cistern-turned-basement can be accessed via the backyard while the new building elements cantilever out above. 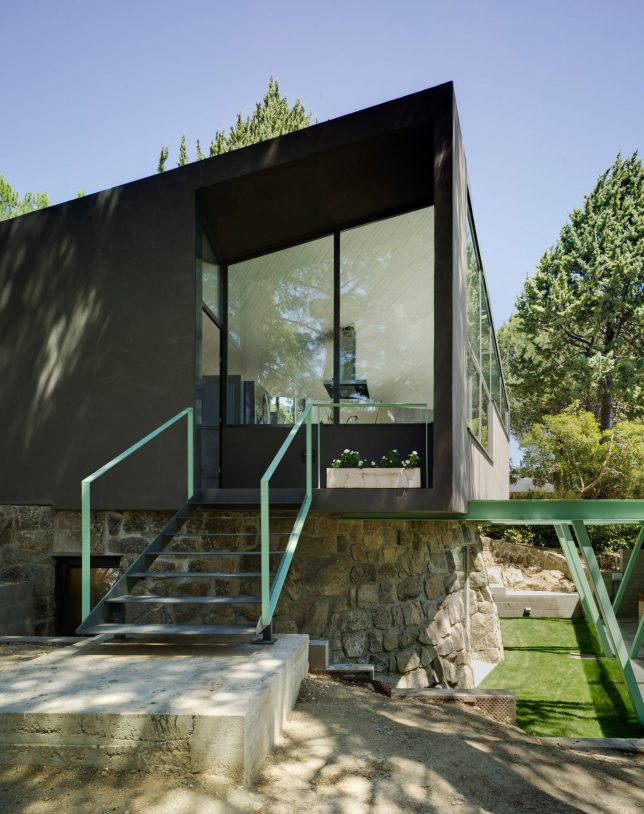 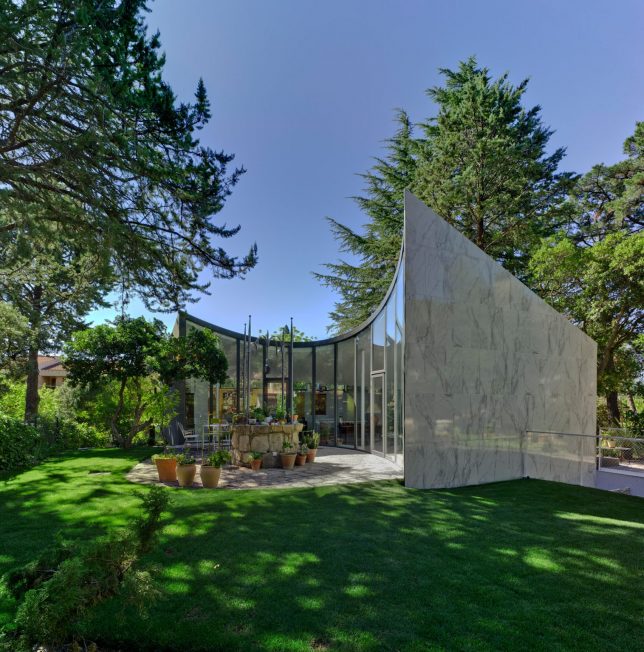 The new additions are designed to be simple and geometric, informed by the shape of what is already on the site but also creating material contrast to distinguish old from new.