Useless, defunct and more than a little surreal, ‘thomassons’ are the remnants of architecture and infrastructure left behind during demolition to leave behind a ghostly imprint of the past. These architectural relics are like scars: evidence of damage that never fully healed. Some passersby never even notice the stairs that end in a brick wall, the outlines of buildings that no longer exist, the doors that open to the air many stories above ground level. But for others, they have a sort of melancholy romance as a physical, tangible connection to bygone eras in a rapidly changing world, even if that ‘bygone era’ was just a few years ago. 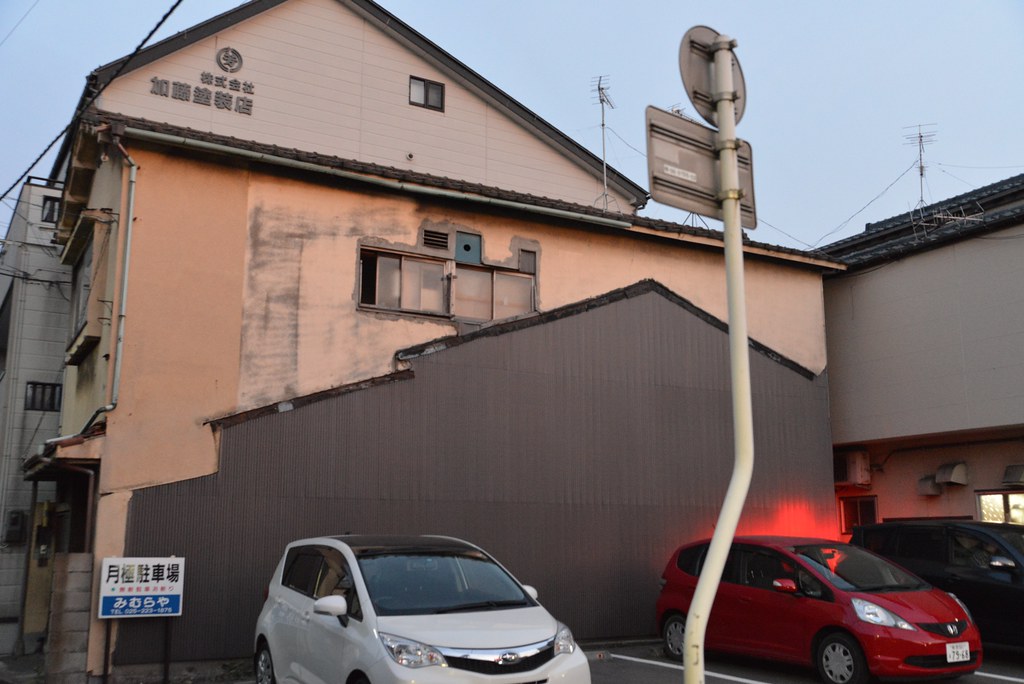 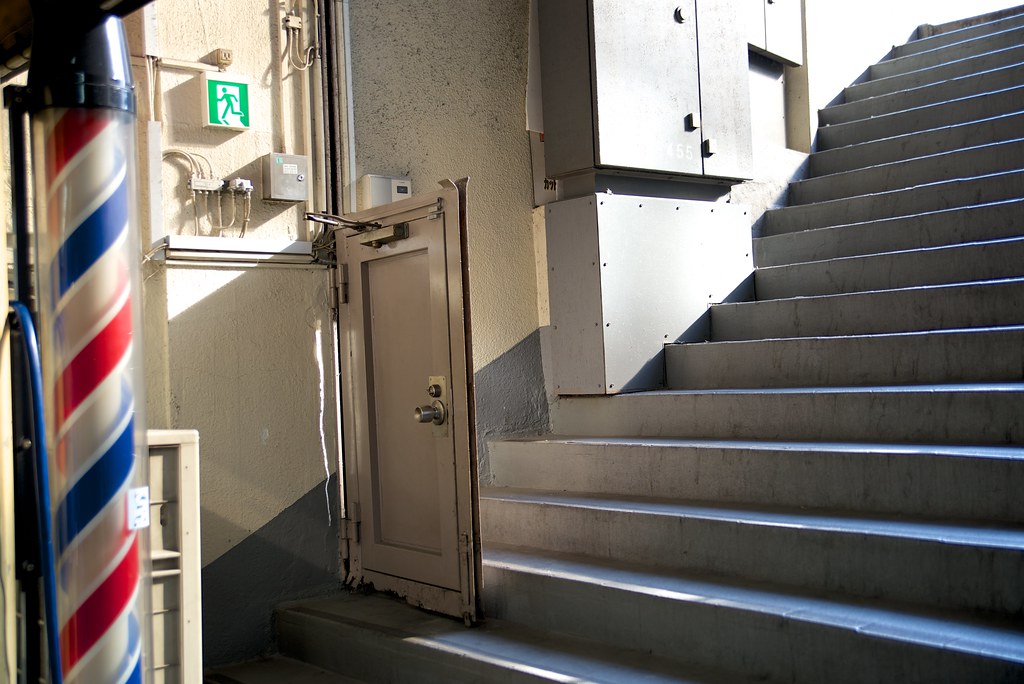 Spotting these anomalies can feel like the discovery of hidden portals, as if you could stand in front of them and magically transport yourself right out of the space-time continuum if you just had the password or the secret handshake. For others, they’re like glitches in the matrix, just out of place enough to give you a momentary sensation of your surroundings being not quite real. An intrusion of the digital world into the physical. 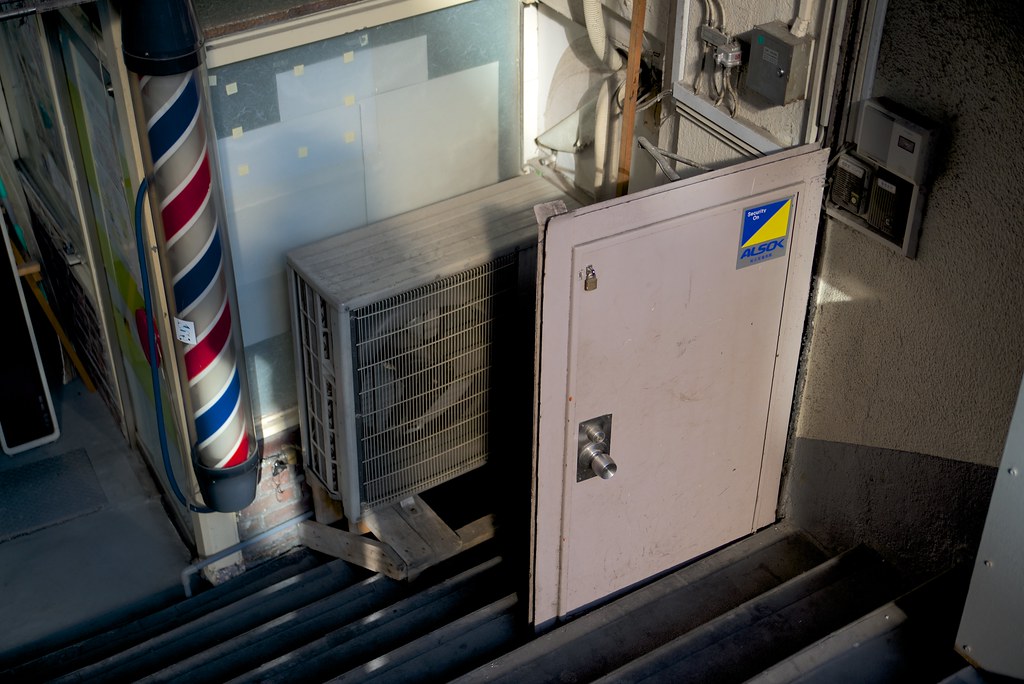 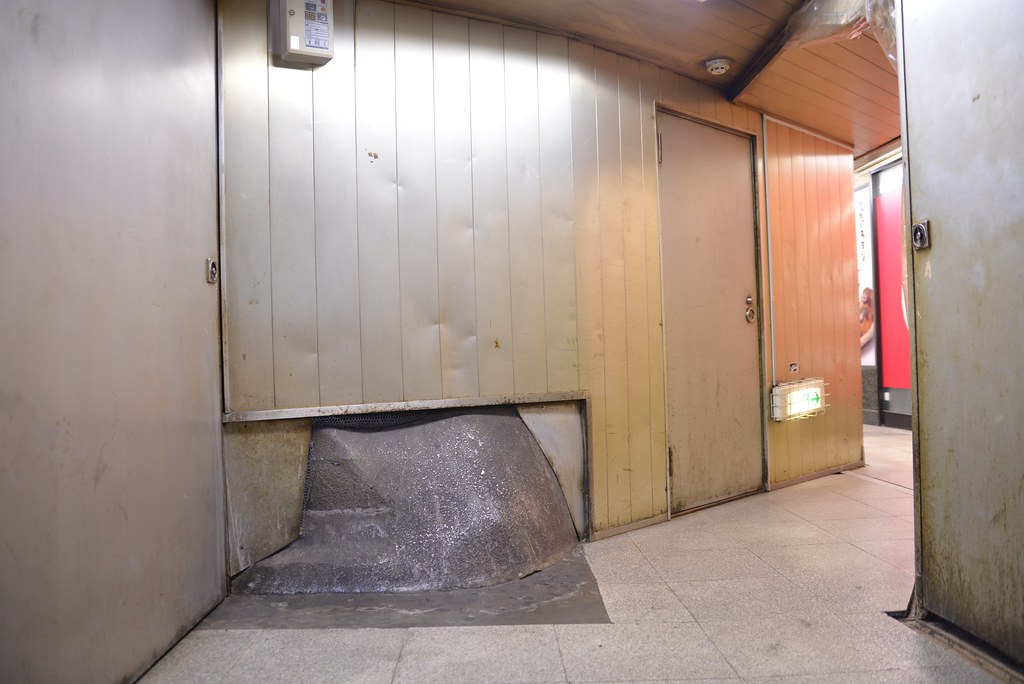 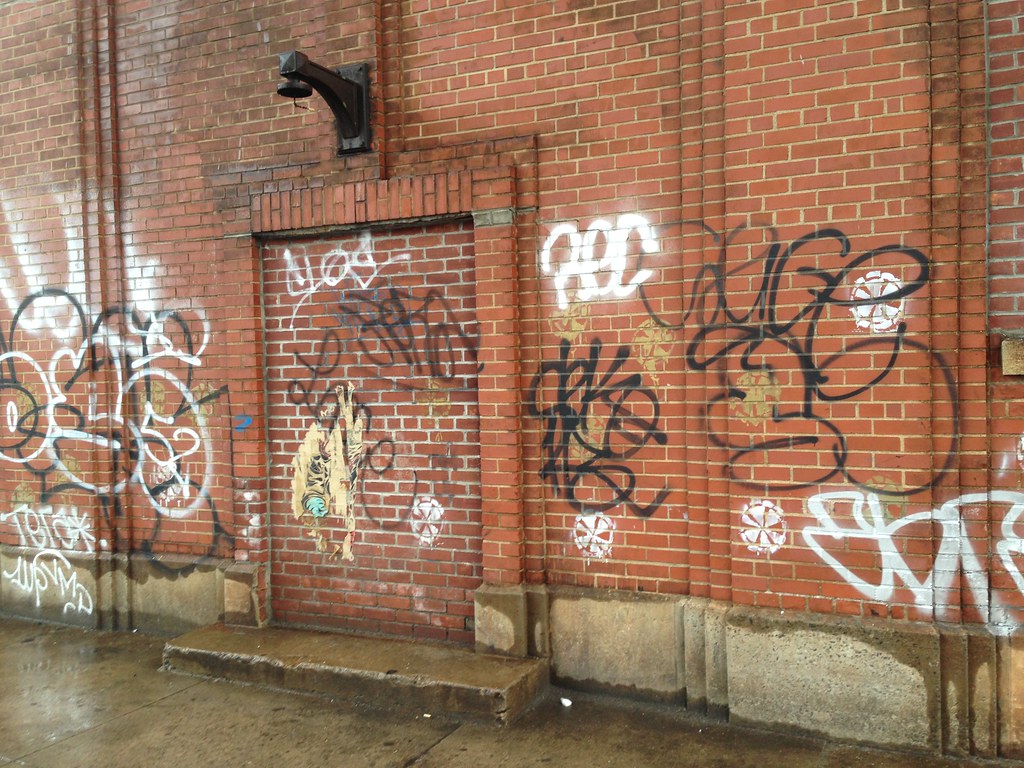 So maybe it’s not surprising that communities have developed around finding, documenting and appreciating these urban oddities. The word ‘thomasson,’ if you’re not aware, was coined by Japanese artist Akasegawa Genpei in the ’80s, referencing a basketball player with a useless position on his team. He was a bit of a pioneer in the world of thomasson-spotting, archiving the vestigial objects he found around Japan in a magazine column, and then a 1985 book titled Chogeijutsu Tomason.

The book was published in the United States in 2009, bringing the phenomenon stateside. But search for ‘thomasson’ on Instagram, Flickr, tumblr, Facebook and other social media platforms and you’ll see that, for whatever reason, this hobby remains most popular in Japan.

Akasegawa referred to thomassons as ‘hyper-art,’ explaining that they may not have been created with artistic expression in mind, but nevertheless, they’re more artistic than intentional art itself. Indeed, they have more than a little in common with Dadaism, the early 20th century avant-garde art movement that “rejected the logic, reason, and aestheticism of modern capitalist society, instead expressing nonsense, irrationality, and anti-bourgeois protest.”

Would the construction workers who are ordered to tear down or alter part of a structure without erasing all evidence that it ever existed think of themselves as artists? Probably not, but it doesn’t mean they aren’t. When they become self-aware, does the whole movement threaten to become a mockery of itself? Hard to say, though it’s kind of fun to imagine. The idea of cities becoming more maze-like than ever, full of intentional dead ends, is either frustrating or delightful, depending on your particular perspective. You’d have new and creative excuses for being late to work.

For Akesegawa, a true thomasson meets two criteria: it must be totally and completely useless, and also regularly maintained, which adds another layer of absurdity to the object’s continued existence. That means ruins and abandonments don’t really count. The objects must be folded into a newer incarnation of their surroundings as if nobody could be bothered to remove them altogether, and possibly cleaned or repaired on a regular basis. Demolish that section of spiraling stairs that lead to the sky? Nonsense! Put a fence around it instead!

In our era of rapid urbanization and development, it’s easy to see why thomassons are so intriguing. Cities change so quickly, it can seem like the realities we’ve lived in during our own lifetimes have already been lost, despite how little time has actually passed. And who doesn’t dream of reconnecting with those old familiar environments, whose memories may already be fading in our minds?