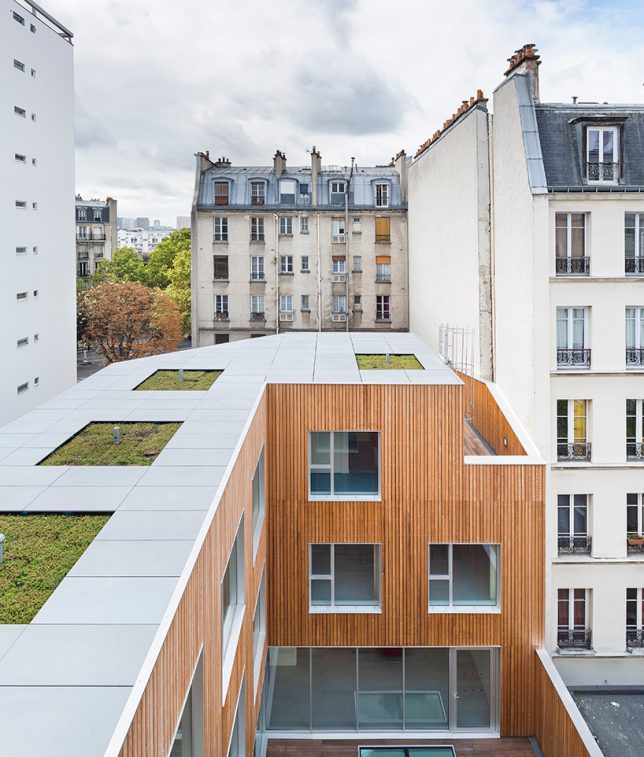 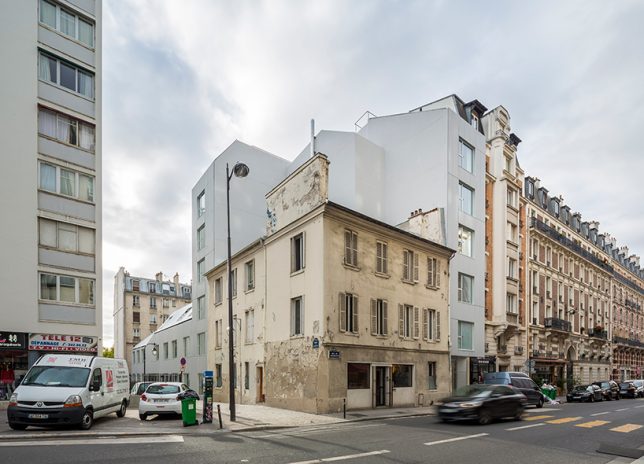 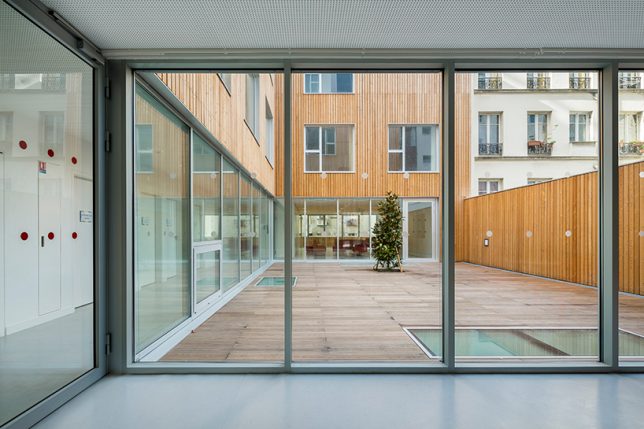 It can be depressing for people to move from their comfortable houses and familiar neighborhoods to cold, impersonal nursing homes outside the city. French architecture practice Atelier Zündel Cristea (AZC) shows how smaller facilities can be integrated into the urban fabric with this residential building in Paris, which offers individual studio apartments, communal areas and medical consultation rooms for elderly residents with disabilities. The six-story structure slots within existing buildings and features day-rooms arranged around patios as well as lots of big window for interaction with the outside world, so residents feel like they’re still part of the neighborhood. 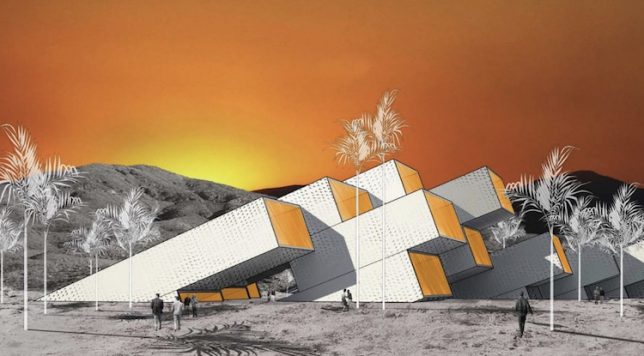 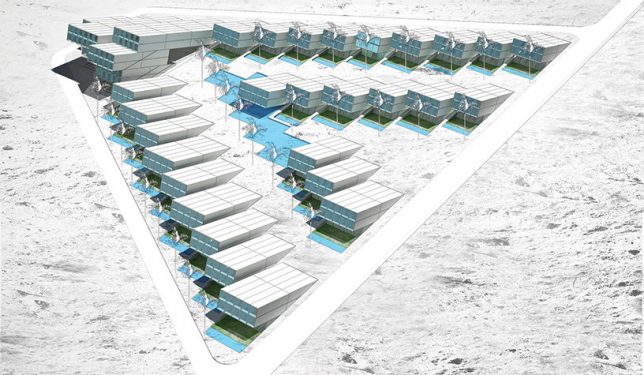 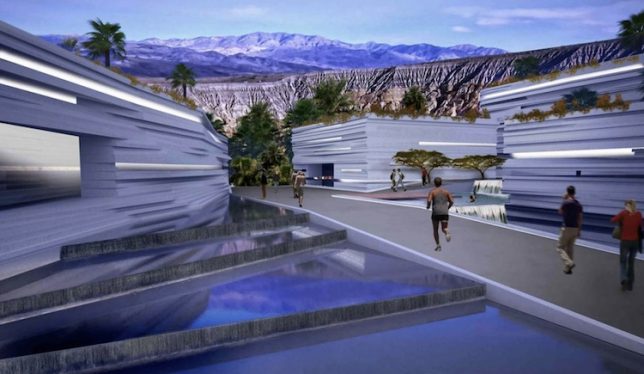 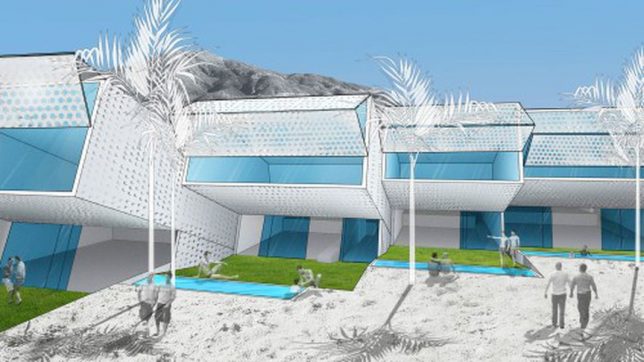 The party doesn’t have to stop just because you’re aging, does it? The BOOM Community by LOT-EK is designed with the older gay population in mind, set in the Palm Springs desert for a resort-like feel with plenty of opportunities to socialize and soak up the sun. Swimming pools abound, as do alternative spas for services like acupuncture, mud baths, massages and Ayurvedic medicine. Clearly designed with more able-bodied and sprightly residents in mind, BOOM is kind of like a hip retirement community, but it’s actually open to people of all ages to create a multigenerational environment. “The demands of the gay community are more ambitious than traditional retirees,” say the architects. “Gay Americans have a history of pioneering new ways of living and with BOOM, they want a community that is multi-generational and socially diverse.” 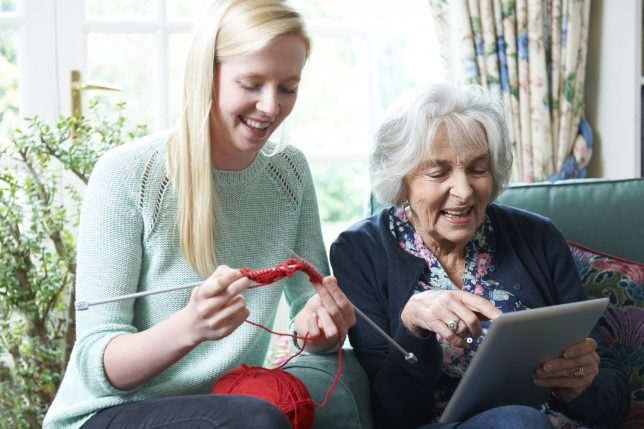 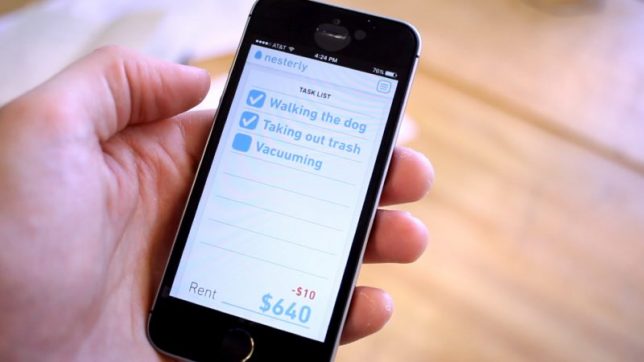 An app called ‘Nesterly’ makes it easy for young people to find affordable housing by shacking up with older people who might need some help around the house, creating multigenerational living arrangements that could benefit everyone involved. The homeowner puts up an ad in the app, checks out the profiles of the people interested, ‘matches’ with the best fit and then both parties chat to get to know each other before reaching an agreement. “For instance, a graduate student might move in with an empty-nester and pay just $700 per month instead of the market rate of $1,000. In exchange for an additional rent reduction, the student might walk the homeowner’s dog a few times per week.” 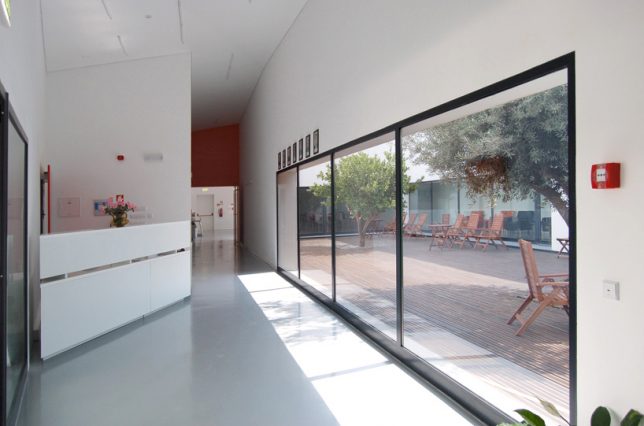 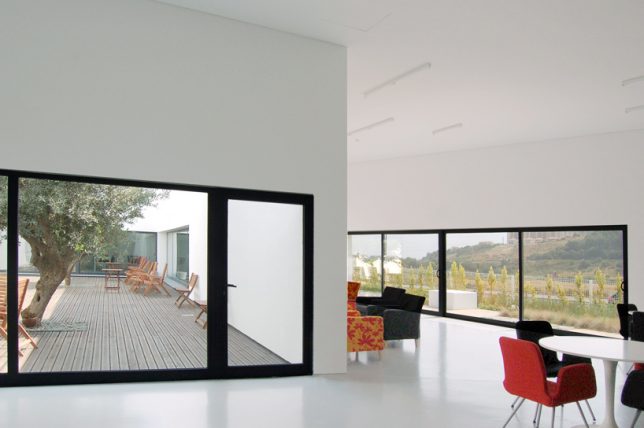 Does the idea of an ‘elderly day care center’ seem a little patronizing to you? While it’s not cool to treat our elders like they’re children, sometimes caregivers need someone else to take over for a little while so they can do other things, and these spaces can function more like community centers with activities and social engagement that elders actually want. This facility in Vialonga, Portugal by Miguel Arruda Architects is an example of a modern complex filled with plenty of places to hang out, a safe courtyard for outdoor time, and plenty of natural light. 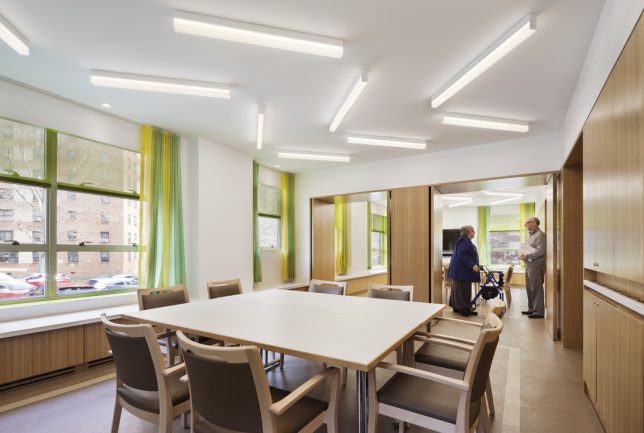 In Manhattan’s Morningside Heights neighborhood, the Morningside Retirement & Health Services facility offers gathering and group activity space adjacent to the Morningside Gardens co-apartments for seniors who need extra help but don’t want to move out of the community they love. The arrangement allows seniors to ‘age in place’ in small groups instead of larger, less personal facilities, and come together to socialize however much they want, fostering a sense of family for people who might not have one of their own.