A whole new smart city is set to begin construction west of Moscow, Russia, and Zaha Hadid Architects has been selected to help design it. The firm’s proposal is a phased development prioritizing residential interactions with each other, nature and new technologies, creating “a diverse ecology” of spaces for living, working, education and leisure. The Rublyovo-Arkhangelskoke masterplan aims to be a global benchmark for smart, sustainable cities, incorporating smart tech to increase quality of life.

Much of that land will be dedicated to parks and forests along the Moscow River, and the city will have a 74-acre lake at its center. It’s expected to house 66,500 residents and include everything you’d expect to find in a modern metropolis: hospitals, schools, offices and shopping districts. A metro line will link it to Moscow. 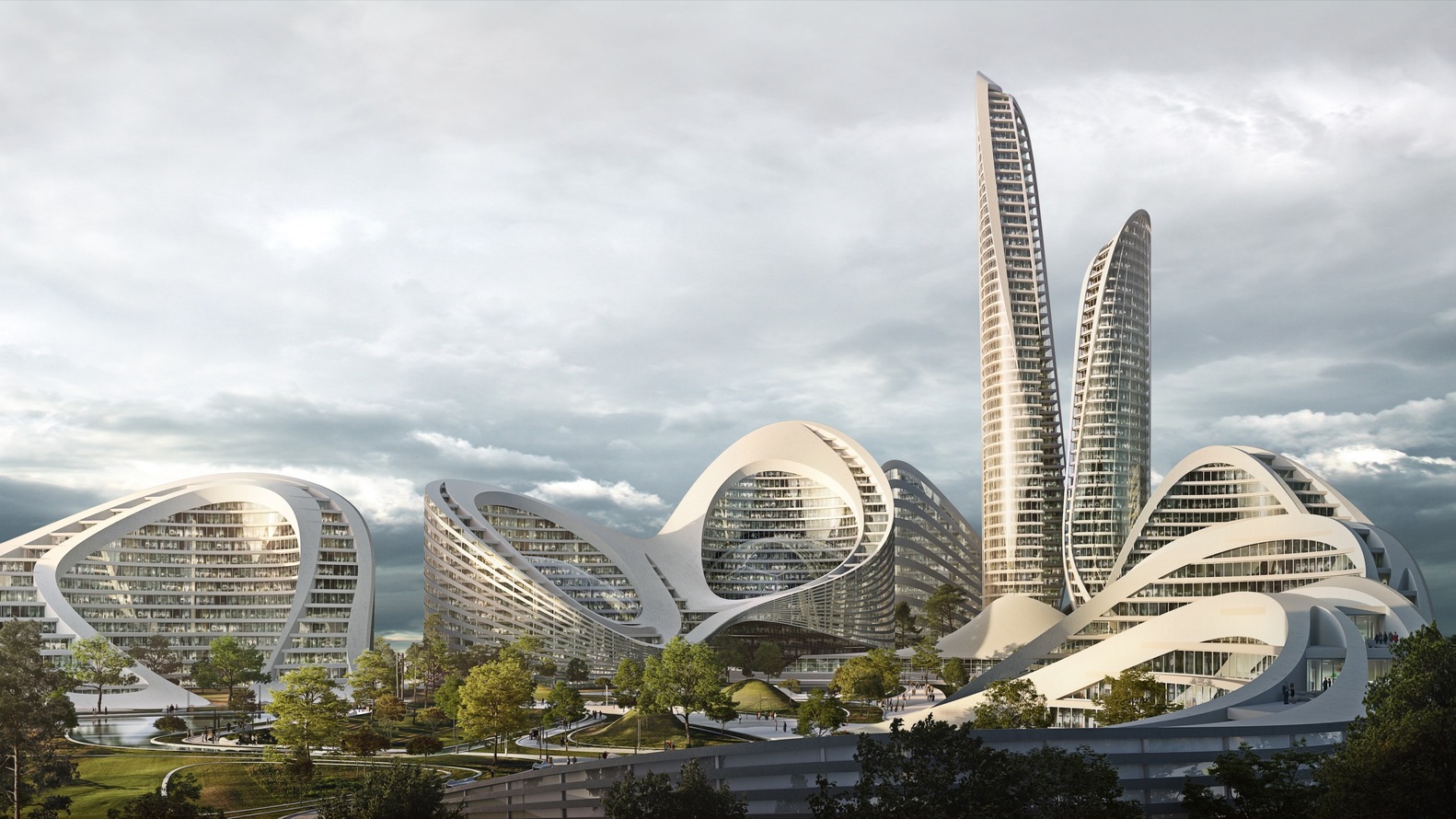 In terms of design, Zaha Hadid Architects’ renderings are certainly standouts with their signature organic shapes and looping ribbons stretching from the rooflines down to the ground.

“The Zaha Hadid Architects team, in a consortium with CPU Pride, proposed a global project idea: a town whose mission is to develop creativity and entrepreneurship. The team proposed to define the ‘cores’ of the area by building additional objects of public infrastructure, such as art residences (cultural core), a laboratory of urban solutions (intellectual core), year-round public spaces (spatial core), and also proposed a number of iconic objects on the central square with the firm’s trademark style—bionic and parametric architecture. The concept’s slogan is ‘satellite town’. Members of the jury noted that it was the first time they were seeing a concept from this firm, in which everything starts from people, rather than a concept dedicated to ‘pure architecture.’”

“Working with specialist teams in Russia and Europe, we developed a people-centric design for a smart interconnected city that brings people together not only through innovative technology but also through organizing the public realm; building a community that integrates the natural aspects of the site with principles of openness and inclusivity in high quality architecture suited for the 21st century,” says Christos Passas, Project Director at Zaha Hadid Architects.