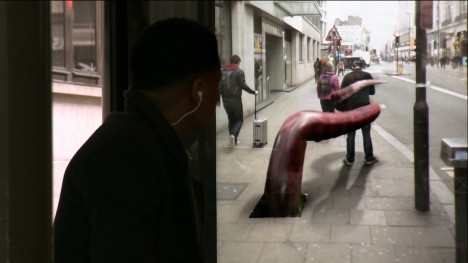 Taking over a single bus shelter on New Oxford Street, guerrilla advertisers threw everything they could think of at commuters, including (but not limited to) flying space aliens, underground squid monsters and giant city-crushing robots. 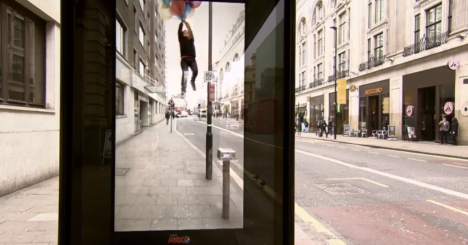 The campaign, created for Pepsi Max, takes a real-time projected display and adds (almost) impossible scenarios seamlessly to convince viewers of their authenticity. 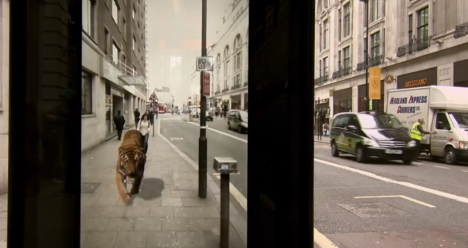 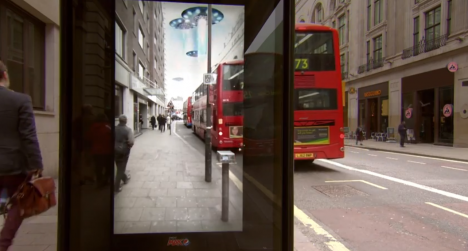 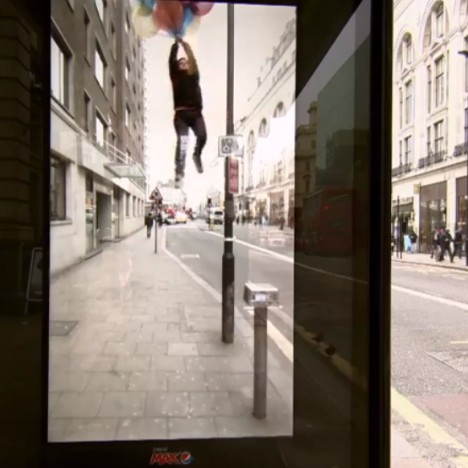 From its creators: “Watch their reactions as unbelievable scenarios unfold before their very eyes; from a giant robot crashing through the street to a passer by being abducted by flying saucers.” With over 5,000,000 views and counting, it is safe to say that Pepsi can clearly count this one as a success.