That MacBook Air-shaped roof on Apple’s new Foster + Partners-designed store may look cool, but it’s also apparently pretty dangerous in the face of Chicago’s brutal winters. Most of the store’s outdoor space has been roped off in the aftermath of extreme cold this week, with large icicles dangling from the roof’s edges and signs reading ‘Watch for Falling Snow and Ice’ strewn all around. As reported by local blog Spudart and 9to5 Mac, the flat roof seems to be collecting precipitation, which is then freezing as it drips down the sides and creating an accidental ice skating rink on the walkways. 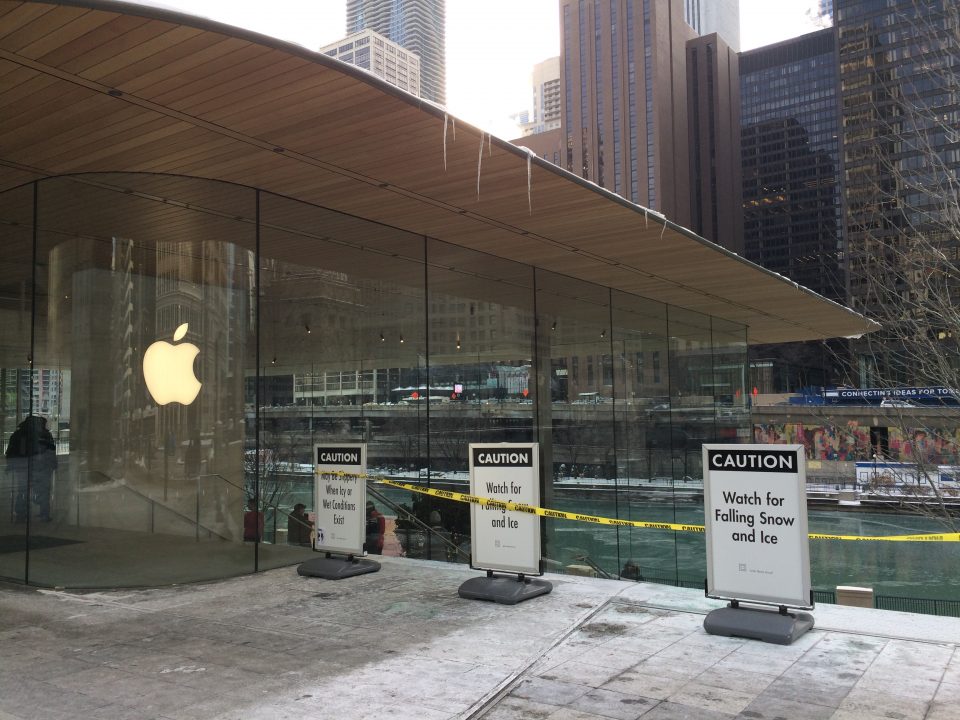 It’s easy to mock the store’s designers for putting form over function and failing to think about such an obvious component of the building’s everyday conditions – this is Chicago, after all, where temps regularly dip below zero, and wind chills of -30 are expected over the next week. But Apple says the situation is not what it seems. 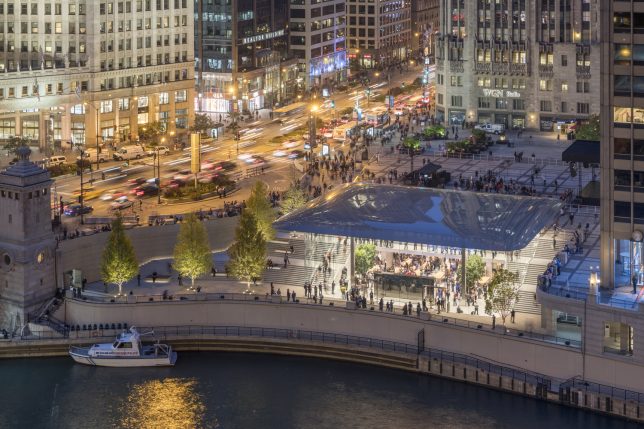 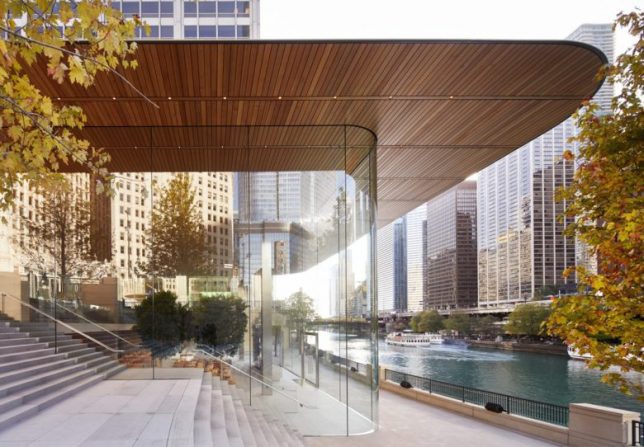 “The roof has a warming system that’s built into it,” says Apple spokesperson Nick Leahy. “It needed some fine-tuning and it got re-programmed today. It’s hopefully a temporary problem.” 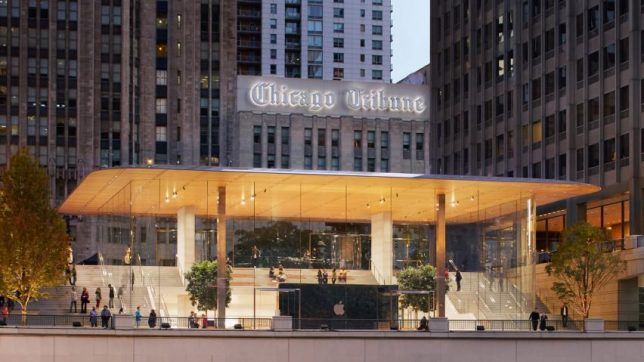 So, the issue is actually a technological malfunction rather than a design flaw. The idea of building ice-melting abilities right into the roof is actually pretty cool, and the roof design also includes internal support columns that funnel water away from the edges, eliminating the need for gutters.