Create a visible ripple effect as you move within this dazzling interactive infinity room by Japanese collective teamLab, producing your own unique wave patterns influenced by your gestures, movements and speed. For their new installation at the National Gallery of Victoria in Melbourne, Australia, entitled ‘Moving Creates Vortices and Vortices Create Movement,’ teamLab took inspiration from the ocean and all of the ways in which the currents and flows of water are altered by objects and environmental conditions. 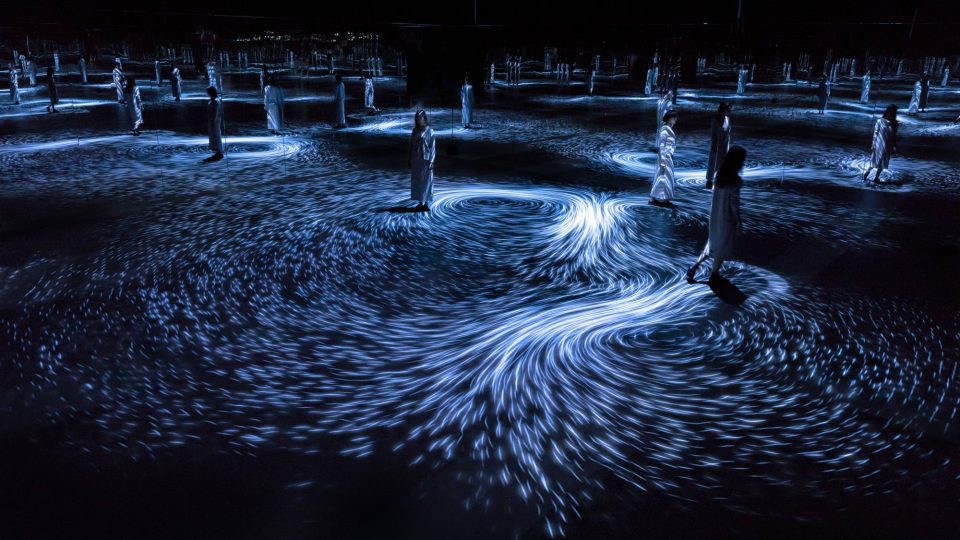 This video shows off the stunning effects as a lone visitor makes her way through the room. You can see as each of her steps results in a flurry of tiny light particles that transform into lines and then form patterns, ultimately joining together into the vortices referenced by the name. The faster she moves, the stronger her ‘force’ is exerted upon the waves. 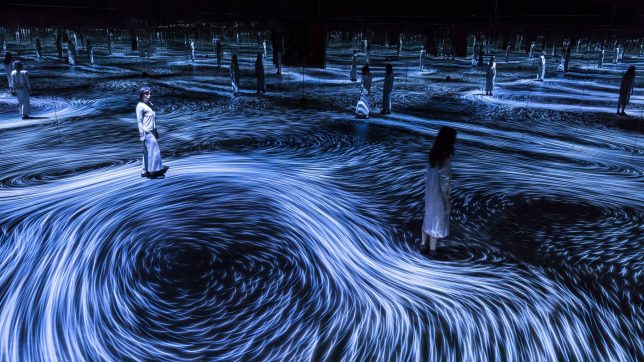 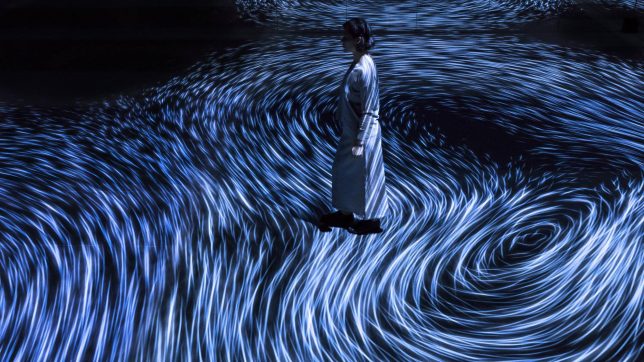 “If a person is not moving or there are no more people, no flow will occur and nothing will be present in the space,” says teamLab. “Works are born and continue to transform under the influence of people’s movement.”

“In the ocean, complicated terrain such as an island produces flow velocity difference and a vortex is generated. Vortices swirl up the carcasses of organisms sunk to the bottom of the ocean, producing nutritious seawater. This becomes a source of nutrition for plankton to grow and nourishes the sea life. Vortices therefore contribute to enriching the ocean.”