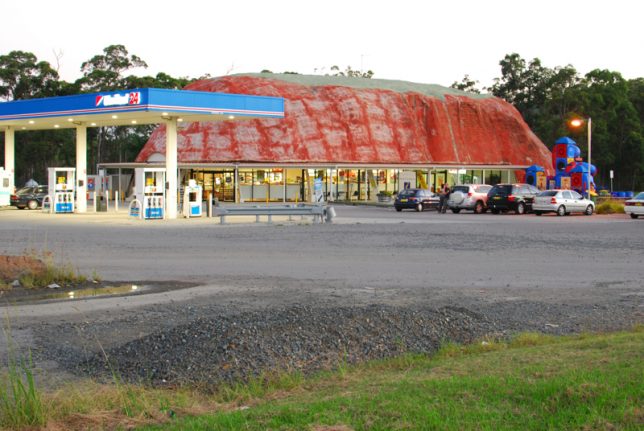 The Rock Restaurant in North Arm Cove, New South Wales, opened in 1990 and differs from Australia’s other Big Things by being SMALLER than the thing it’s modeled on: Uluru, or Ayer’s Rock. 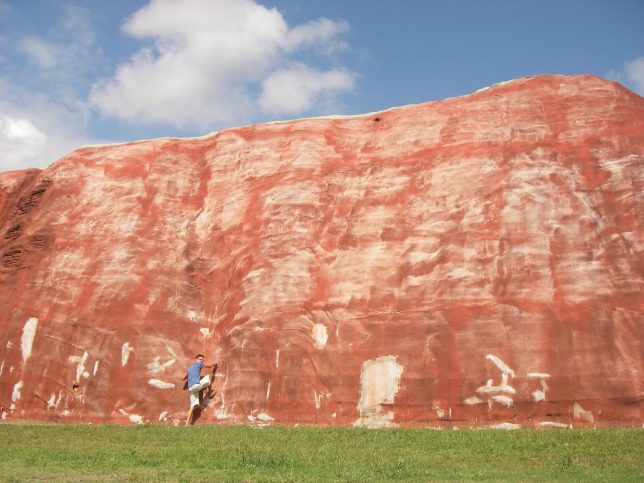 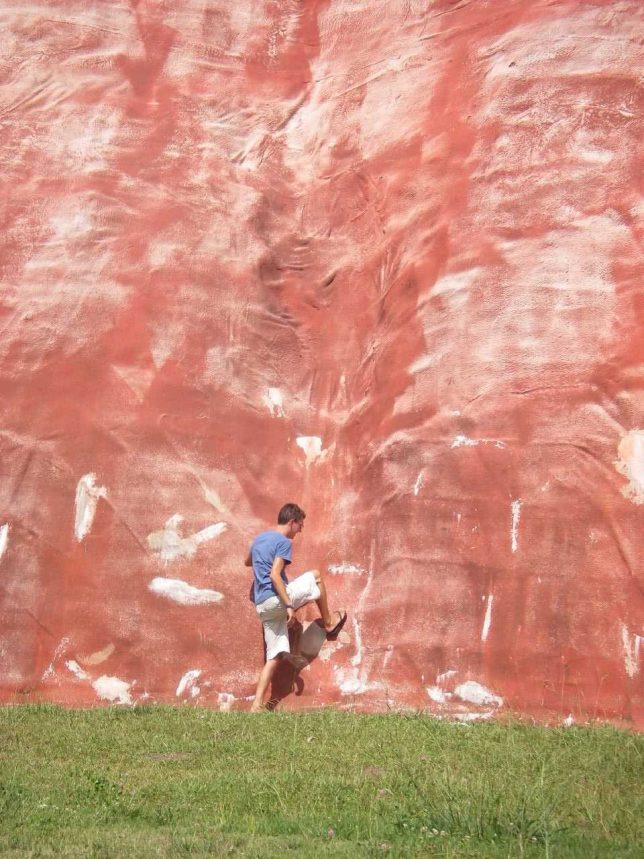 As an official ban on climbing Uluru will come into effect in 2019, tourists may opt to scale this 1/40-scale imitation instead… unless the restaurant’s owners institute their own copycat ban. Flickr members mollerenshaw and Claire Garner (pinkdotbag) snapped the rockin’ roadhouse in 2010 and 2008, respectively. 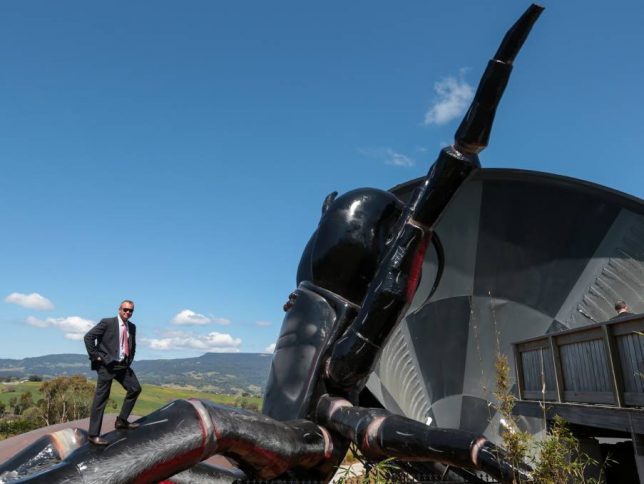 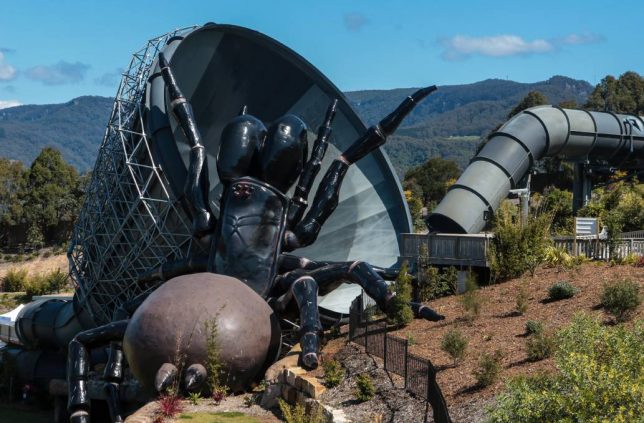 Again? Wait, we’re not talking about New Jersey’s infamous injurious Action Park (Traction Park, Class-Action Park, etc.). Nope, this one’s in Australia but we can’t blame you for being nervous, especially since Jamberoo Action Park in New South Wales features “The Largest Spider Sculpture” in the world, as certified by Guinness World Records in 2015. 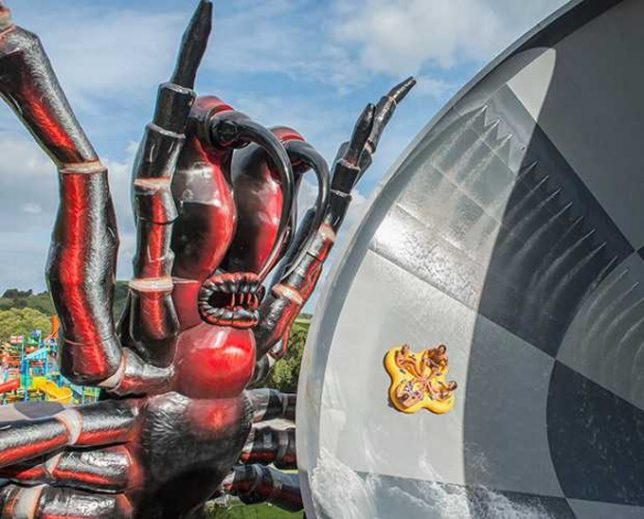 Not just ANY species of spider would do, mind you. Park planners spent $250,000 on a 65 ft (19.7 m) tall steel & fiberglass Funnel Web spider roughly 420 times larger than an actual female funnel web spider – one of Australia’s most venomous arachnids. Fangs a lot, mates. 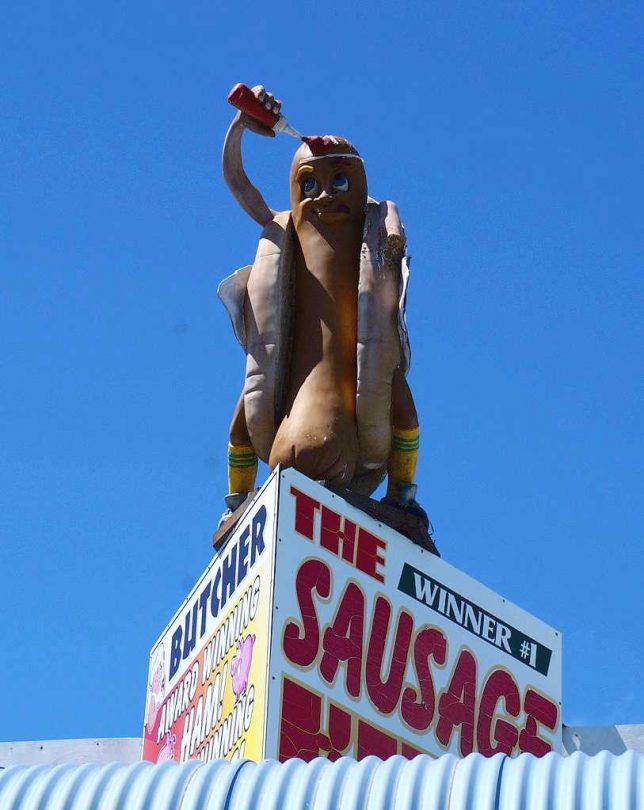 Meat, er, meet The Sausage King of Chica, er, Toowoomba… are you confused? You won’t be after this episode of Big Things Down Under. Here’s the skinny: The Big Sausage King looms over Gray’s Modern Meat Mart (est. 1952) in Centenary Heights, Toowoomba, Queensland. Well, except for 11 months in 2009 when he didn’t, ‘cuz he’d been kidnapped. 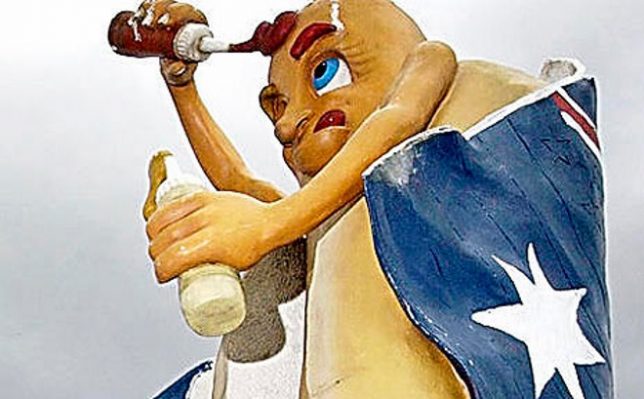 In spite of a $500 reward offered by a local radio station, the promise of 22 lbs. (10 kg) of sausages from Gray’s owner Mark Nolan, and an assumed grilling of the usual suspects by Toowoomba police, The Big Sausage King remained deposed, dethroned and of course, de-boned. 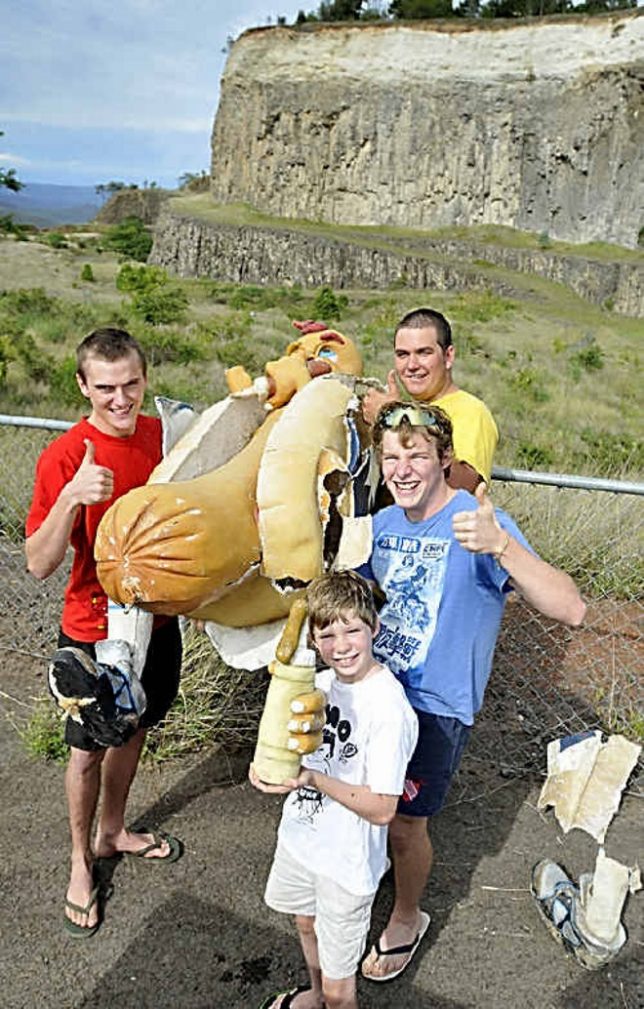 The cold-cut-caper was finally brought to a happy conclusion in December of 2009 when a quartet of local boys found the badly-damaged mascot at the bottom of a cliff in a rock quarry. You’d better believe the lads were in sausage nirvana after collecting their reward. As for the Big Sausage King, he’s back on the throne (actually, the roof) looking none the worse for wear after his 11-month ordeal.