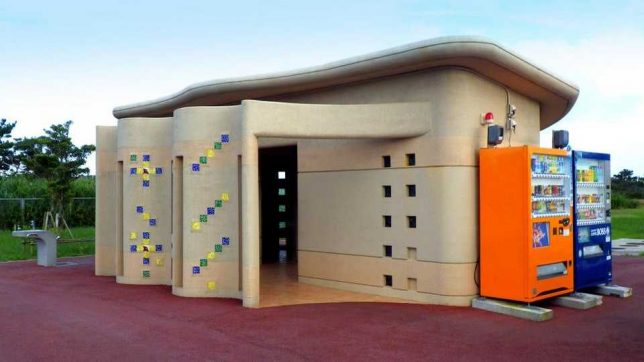 Let us spray… and mind your aim, dammit! Indeed, a visit to this exquisite public restroom situated near a trash incinerator in Okinawa City would appear to be a religious experience – your prayers for sufficient TP might even be answered! Gotta love the twin drink vending machines parked right outside – fueling the next generation of patrons! 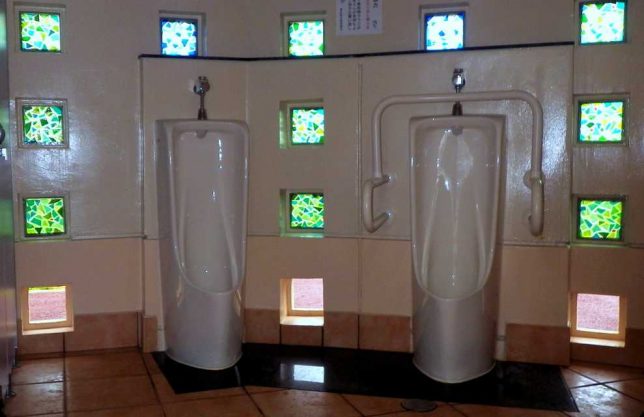 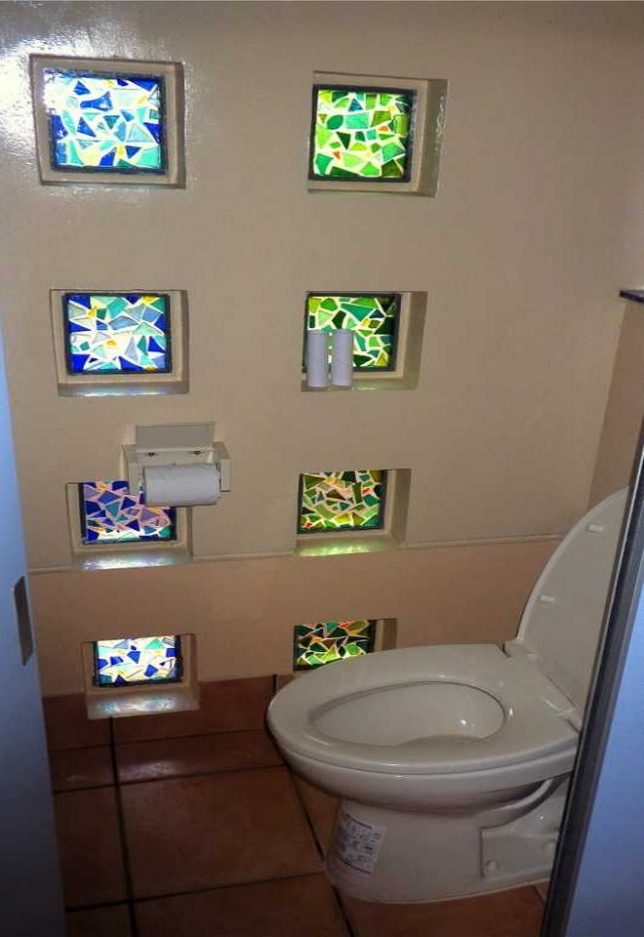 Snapped by Flickr member Okinawa Soba (Rob) in June of 2012, the cathedral-like building features a multitude of small square stained-glass-style windows that paint the interior in an ethereal glow. The facilities themselves are top-notch and include free-standing urinals, modern-design toilets and terrazzo-tiled floors. 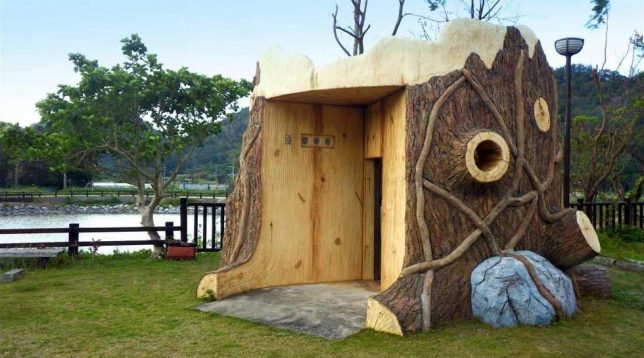 Just under 15,000 people live in Motobu, a town located in the northwestern part of Okinawa, and no doubt a significant percentage have “logged in”, so to speak, at this creatively woody public restroom. 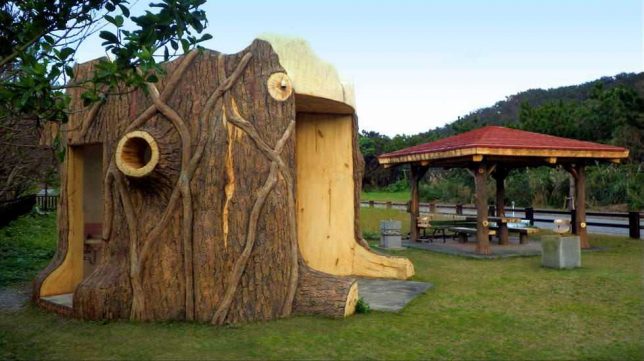 Rustic though it might look, this particular public toilet is built to last from concrete painted by hand and sealed against the elements. Inside, the Dump Stump offers separate rooms for male, female, and handicapped patrons. 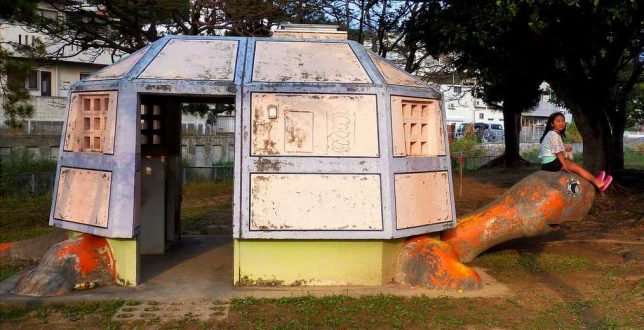 Naha is the capital of Okinawa prefecture and boasts a population of roughly 320,000 people. It’s also where you’ll find this small and time-worn public restroom – built in the shape of a turtle or tortoise because, well, why not? The photographer snapped the Snapper Crapper in April of 2014.