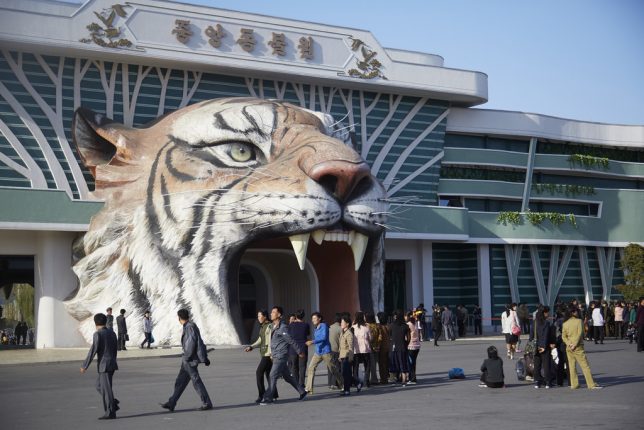 “Best” Korea has the best zoos, amiright? Actually, things kinda peter out once you walk through the enormous tiger’s mouth that acts as the Pyongyang Central Zoo’s main entrance… and exit as well – what WERE you thinking? Better not tell President Trump about this or he’ll start jealously tweeting about “Little Tiger Man” or some such. 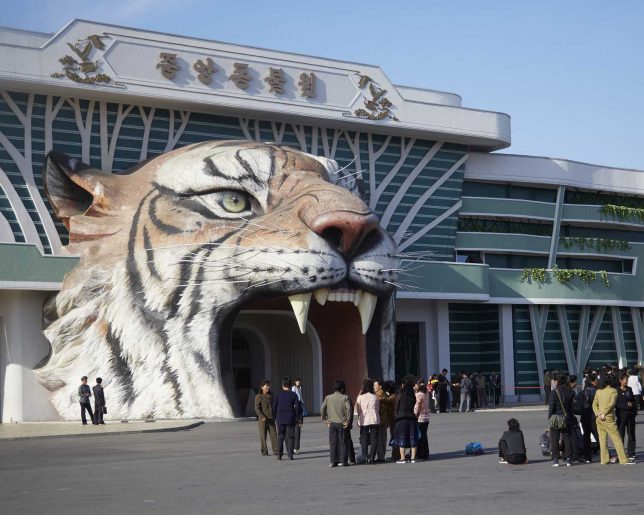 Hey, imagine a border wall made up of thousands of giant tiger heads… oops, we’ve already said too much. Kudos to Flickr member NK News (which just might be the real deal) for posting the above images in October of 2016. 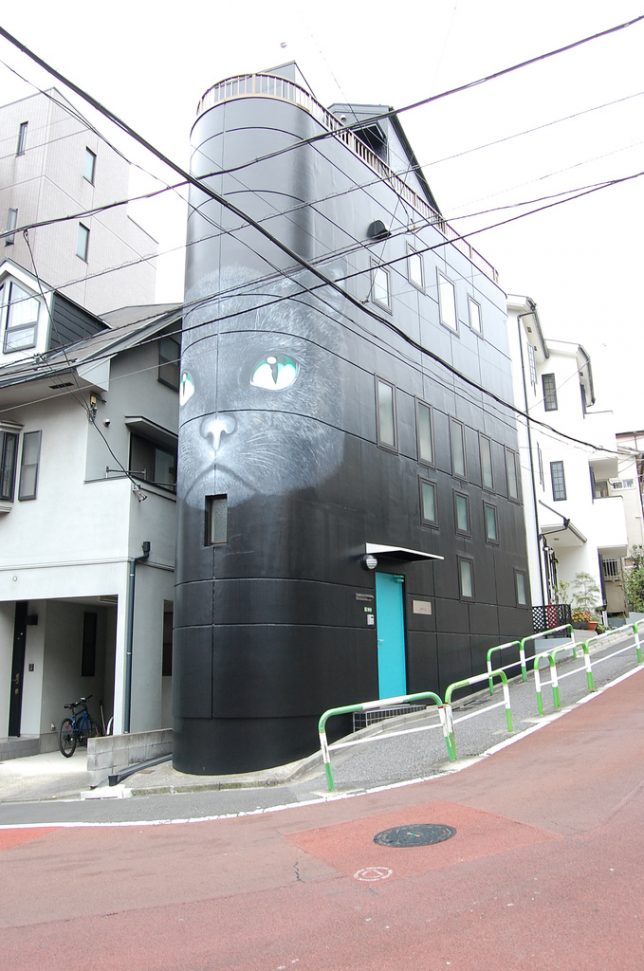 Black cat cross your path… indeed, if you live and/or work in downtown Tokyo’s Bunkyo ward, your luck might change for the worse. 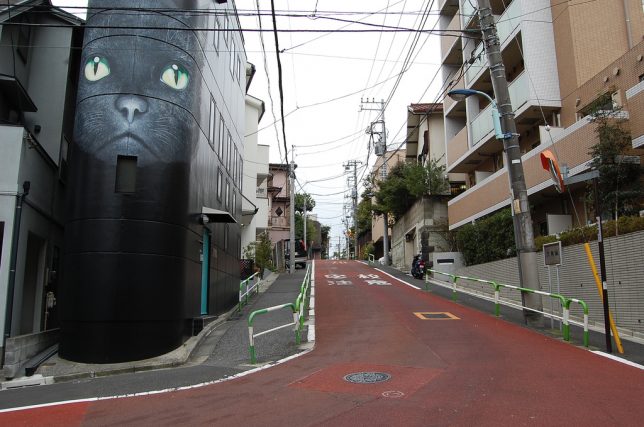 We suggest not admiring the building’s huge cat face while walking through traffic. Don’t walk your dog there either… just sayin’. 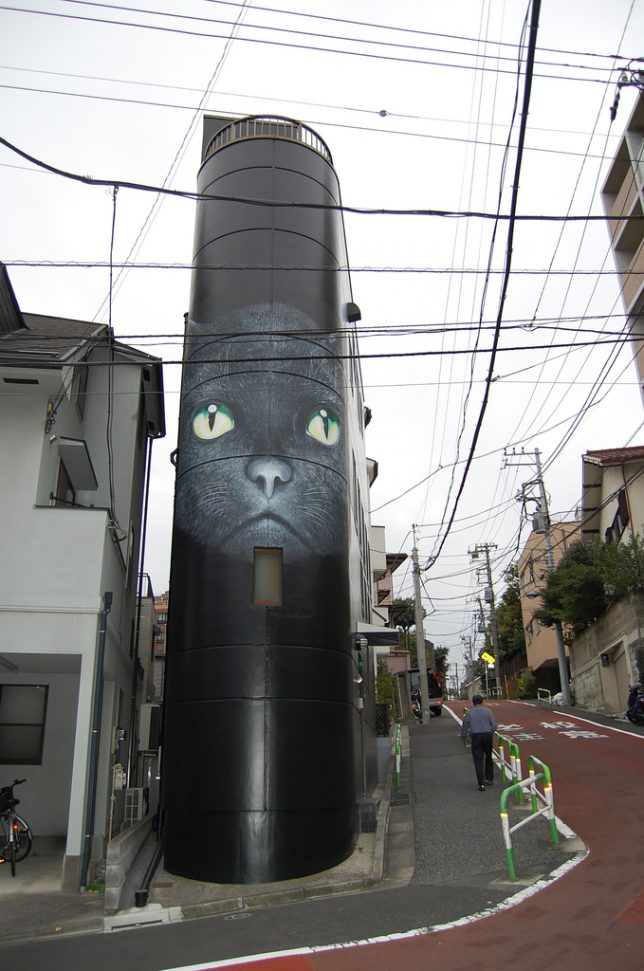 The so-called “Cat Building” is a sort of office building book depository with an expansive basement stuffed with archived print media. Flickr member K.Suzuki captured the entrancing edifice in November of 2007. 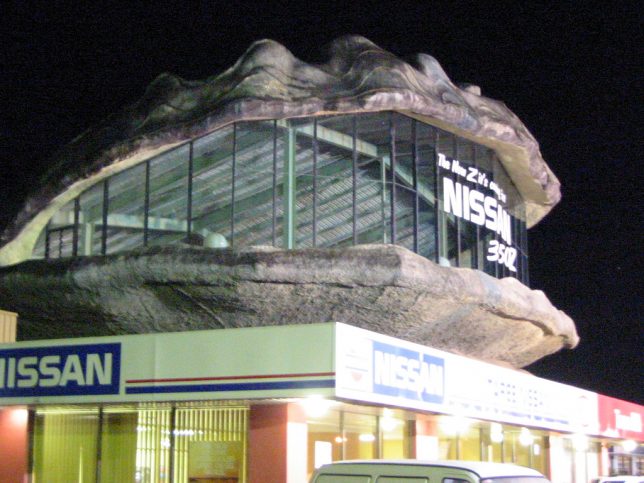 “The Big Oyster” in Taree, NSW, Australia seems like an odd way to advertise your car dealership but they do things a tad differently down under. Like many of OZ’s “Big Things”, the building was conceived as an homage to the local oyster industry in Taree’s nearby Manning River. 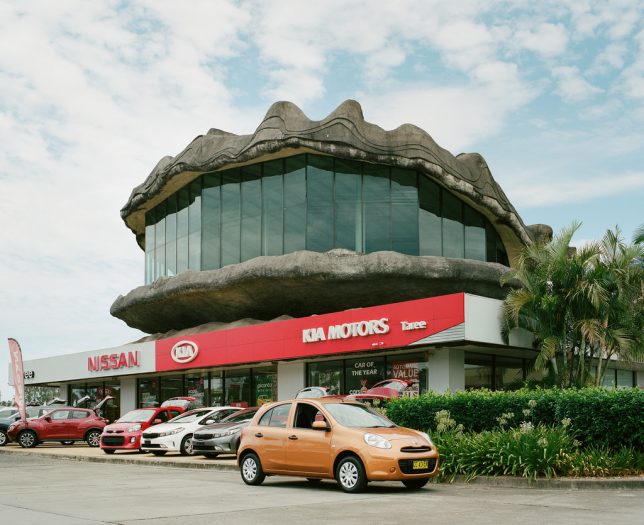 The original business occupying the superlative shell failed, leading locals to dub the building “The Big Mistake”. Don’t tell that to Nissan, however – they’ve been selling cars here since at least 2003. 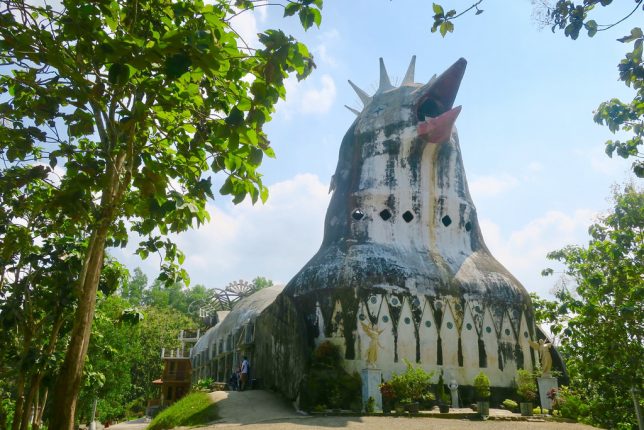 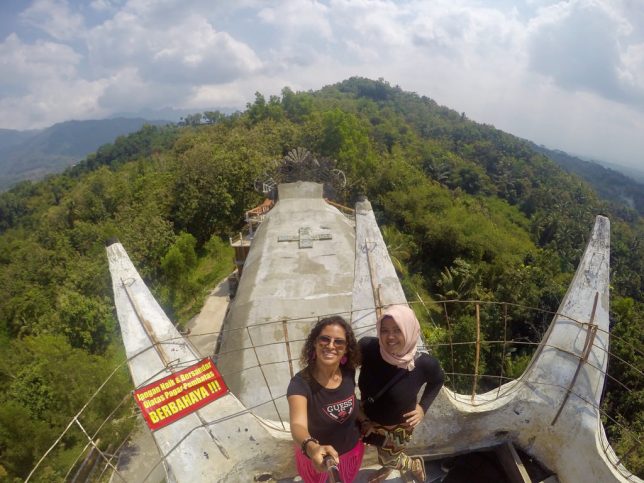 The abandoned “Chicken Church” (Gereja Ayam) never really got off the ground, so to speak. Now it molders away, unmaintained and unloved, deep in an Indonesian forest. 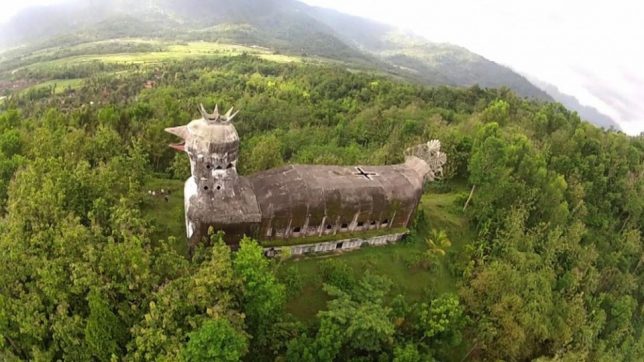 Designed by Daniel Alamsjah, the awe-inspiring building was intended to be a combination children’s center and drug addict rehab clinic… not an ideal combo, if you think about it. Flickr member Itravelanddance visited the creepy yet still accessible structure in the summer of 2017.