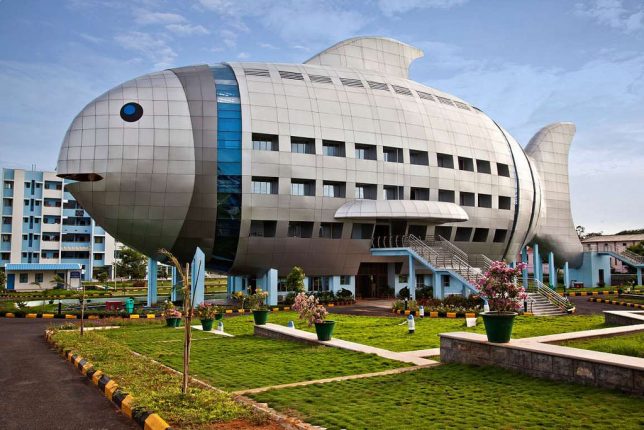 Looking for the National Fisheries Development Board (NFDB) in Hyderabad, India? Look no further than the “Big Fish” building – you were expecting maybe a jumbo shrimp? 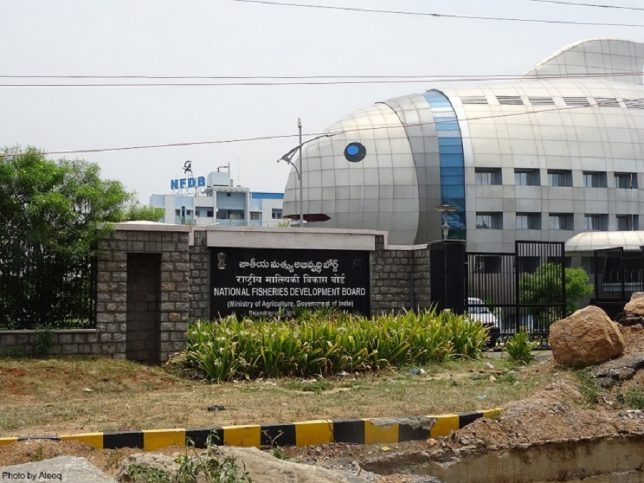 The four-story government low-rise opened in 2012 and while visually appealing in its own right, it’s sort of a “fish out of water” compared with Hydrabad’s wealth of traditional architecture. Flickr member Santosh B. Mande (JaiHind2110) captured the scaled-up but still fishy office building in late 2014. 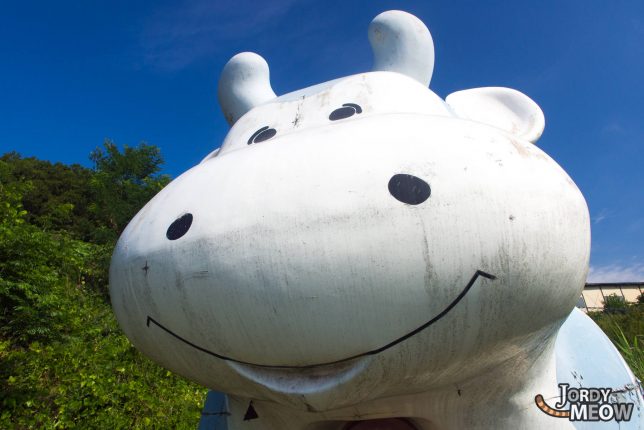 A cute cow-shaped building thought to be a former ice cream kiosk stands alone in a lush meadow near the abandoned Sun Park Hotel in Kiyosato, Yamanashi prefecture, Japan. 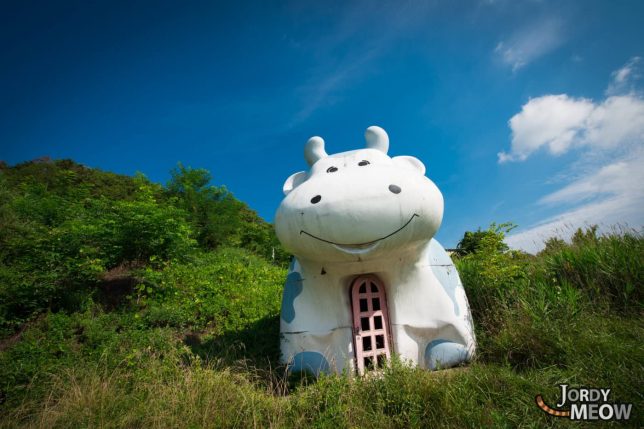 The hotel closed around 1990 after the collapse of Japan’s economic bubble. The cow kiosk has no connection to the nearby Sun Park Hotel, abandoned in early 1990 and photo-documented by Bleak Scenes. – perhaps the location served as a convenient dumping place. 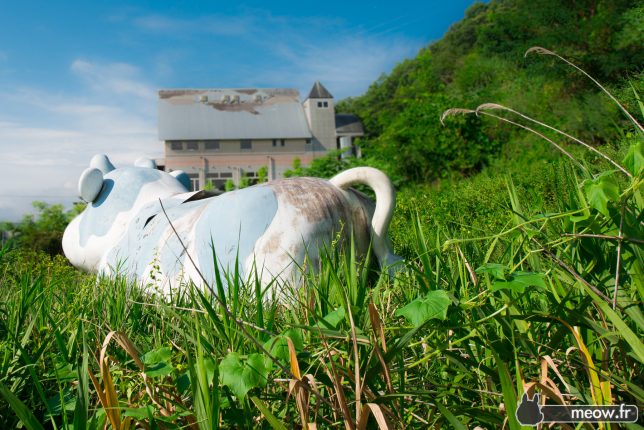 Dubbed “The Lost Cow” by urbex blogger Jordy Meow of Haikyo.org, the small but surprisingly spacious building is thought to be a former ice cream kiosk though there’s no explaining why a busted projection TV sits in the center of the single room. 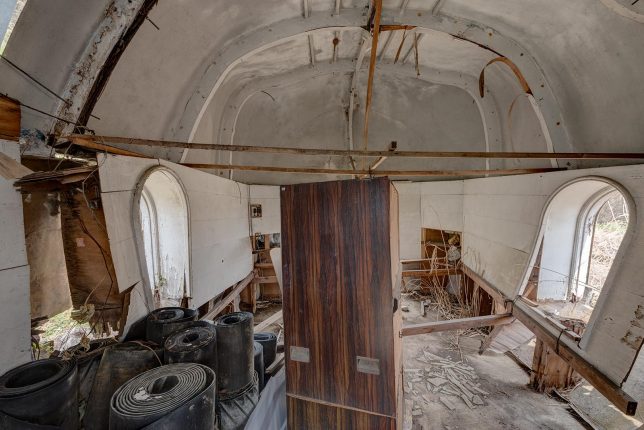 The cow-shaped kiosk was well-known among local haikyo (“ruins”) explorers but sadly, it appears to have been removed and possibly scrapped sometime in the past year or so. 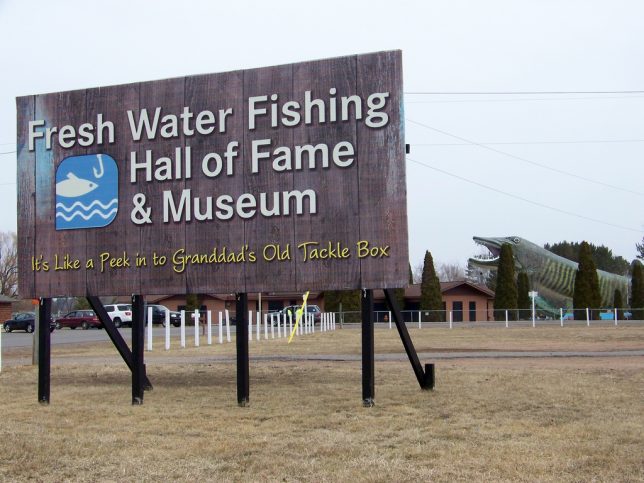 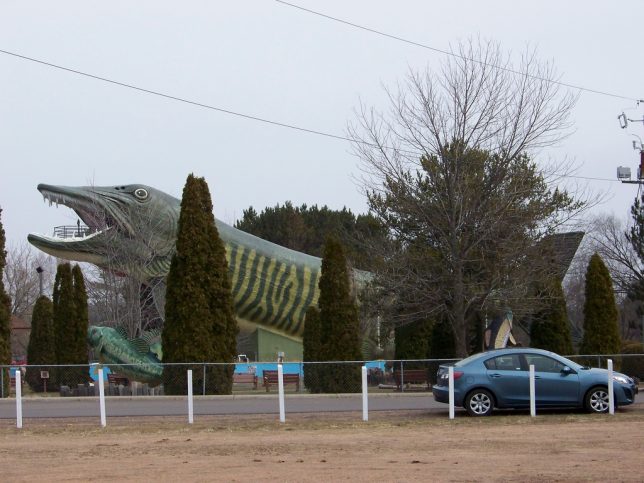 The National Fresh Water Fishing Hall of Fame in Hayward, WI is so big… well, our arms just won’t stretch that wide. That’s no fish story neither – the hollow fiberglass replica Muskie that’s the HoF’s centerpiece measures 143 feet (44 m) long. Wonder what they used as bait. 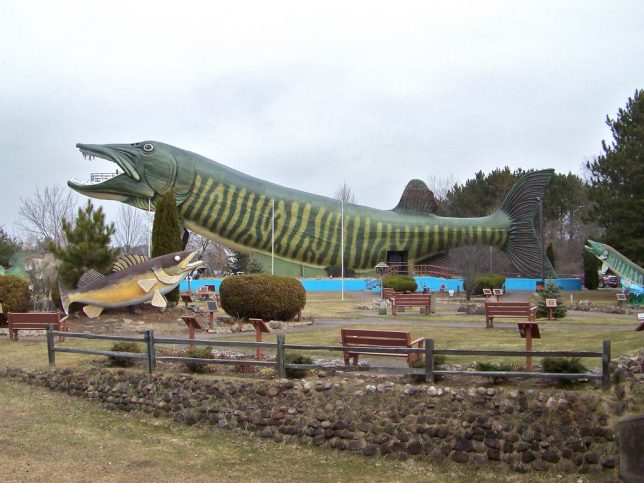 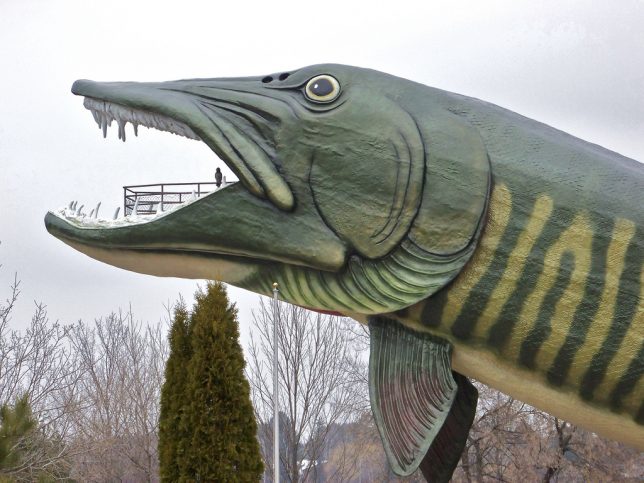 In any case, the massive muskie has become a local landmark and the observation deck built into its lower jaw has been used for weddings. With this hook I thee wed? Flickr member Mike Fitzpatrick (Piedmont Fossil) snapped these fishy fotos during a visit to the HoF in April of 2011. 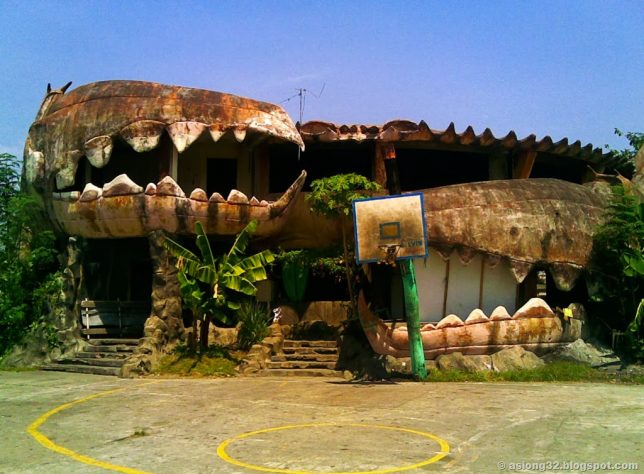 The long-abandoned Alimango Restaurant in Dagupan City, the Philippines, has managed the leap from kitschy seafood restaurant to beloved local landmark. That said, can you imagine a cooler place to play some pick-up basketball? 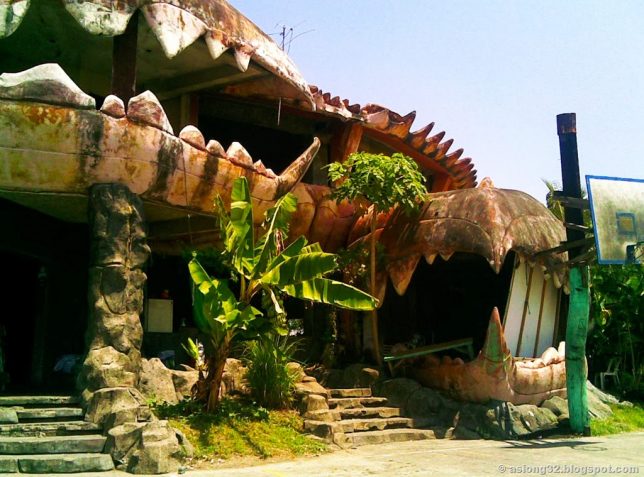 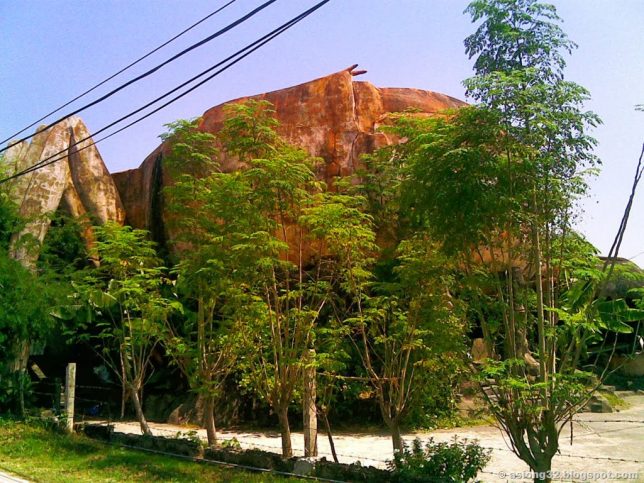 Blogger Asiong visited the decaying crab shack in March of 2011 and luckily for us, he brought his camera with him. Several ideas have been floated to renovate or re-purpose the restaurant but so far, it’s proven to be a hard shell, er, sell to potential investors.