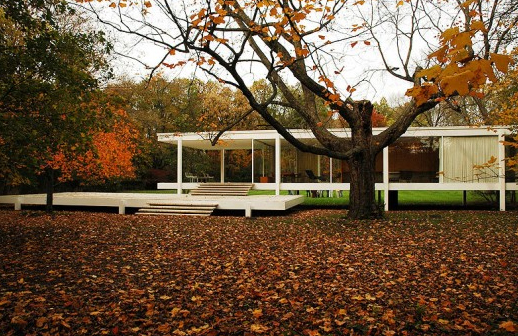 A Modernist classic, the famous Farnsworth House by Mies van der Rohe was originally built with a raised platform but that has not managed to save it from floods, leading its custodians to an extreme solution: jacking the building up when the neighboring river rises. 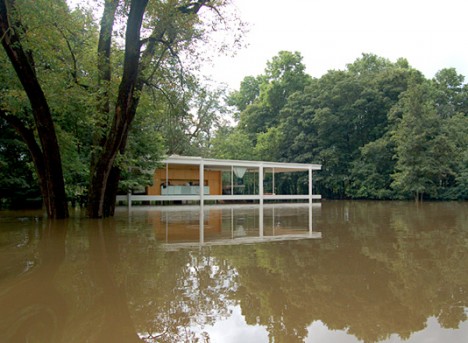 Per the Chicago Tribune, options under consideration include moving the home back away from the water’s edge or raising it permanently in place, but both of these (argue advocates of the third alternative) fail to preserve the structure in its planned context. 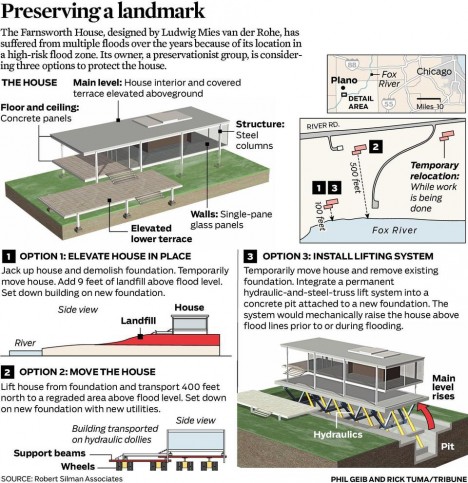 As ArchDaily reports, “The mechanism itself would use a series of trusses, which ordinarily lie flat on their side, but are raised to a vertical position by hydraulic rams when a flood is detected. The cost of installing the system is estimated at $2.5 million – $3 million.” 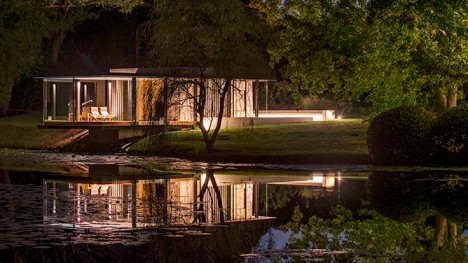 The cheapest option would be to move the house away from the river, but that, in turn, takes away its key views and a critical driver of its raised and cantilevered form – imagine, if you will, shifting Falling Water away from the river over which it sits. 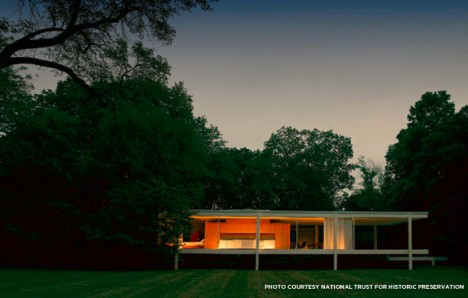 The favored option might sound far-fetched, and raises preservation questions, like: what lengths should we go to in order to save widely-studied buildings, and how justified is their position in history books in the first place if their structural design features such flaws?