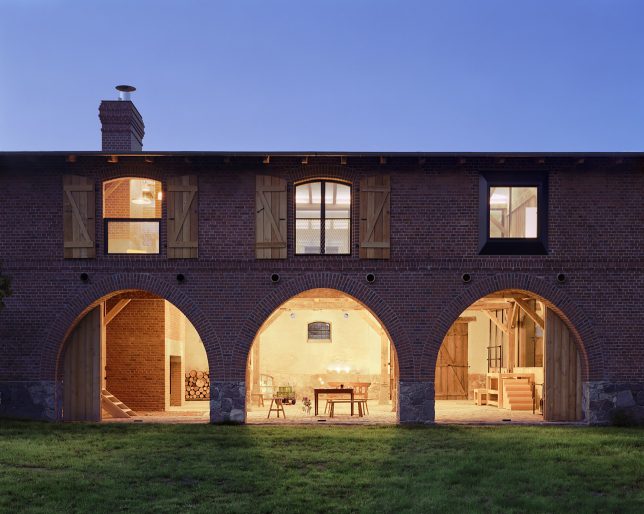 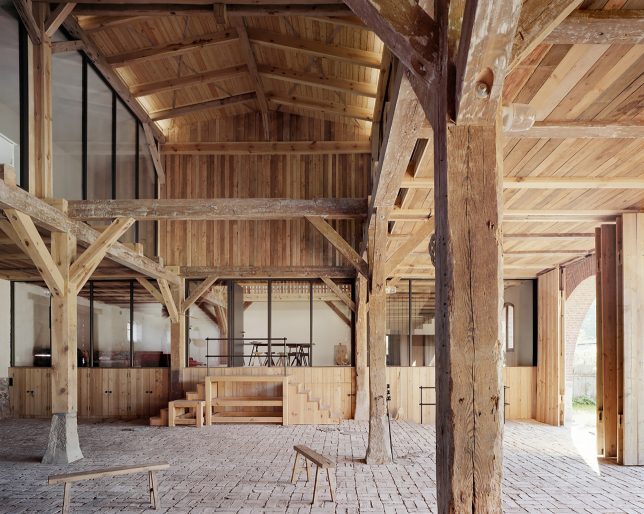 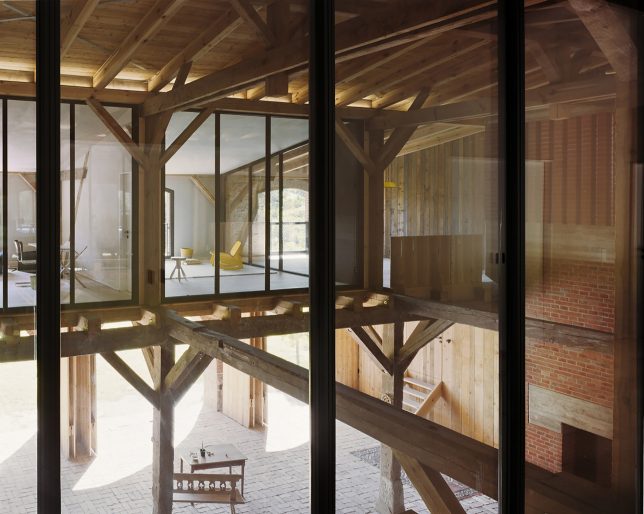 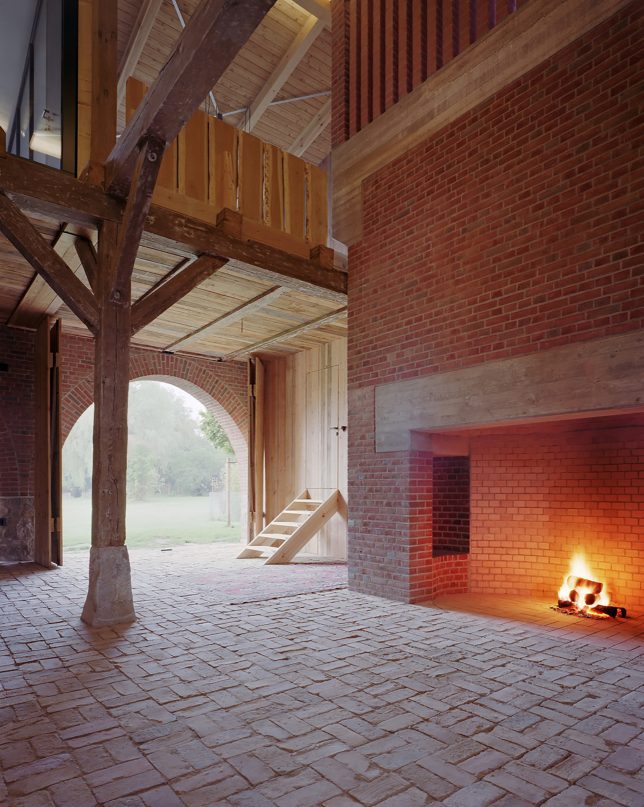 A barn? This place looks more like a castle, especially now that architect Thomas Kröger renovated the derelict structure just outside Berlin into a home with a separate apartment. 140 years old, the building was made of a mix of masonry and timber, which now contrast with pale new wood, white walls and lots of glazing so occupants of the second-floor rooms can gaze down into the double-height living room. Other than the large fireplace, this living space is unheated, so the insulated heated rooms that surround it function as “little bird’s nests” in the winter. 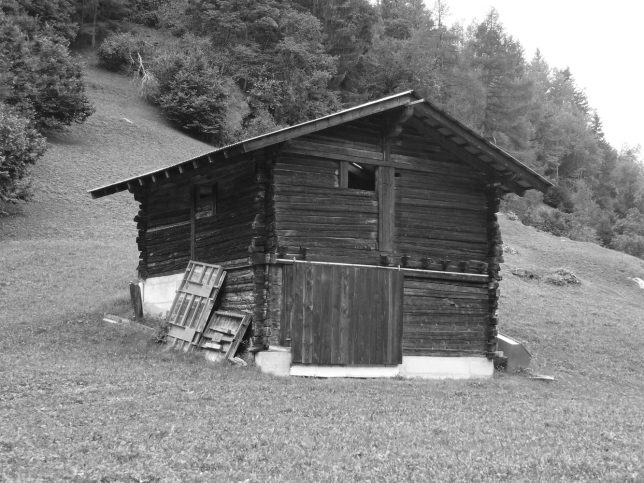 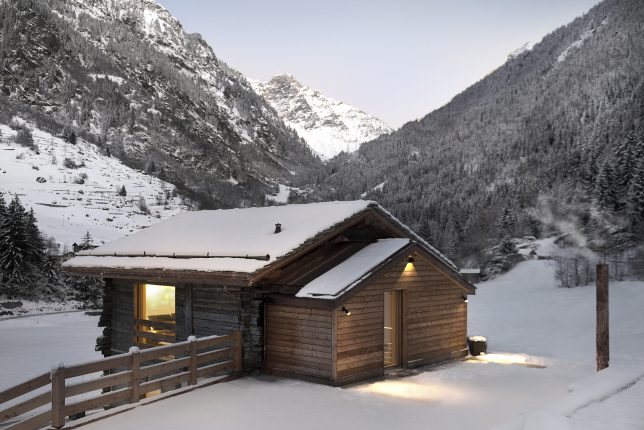 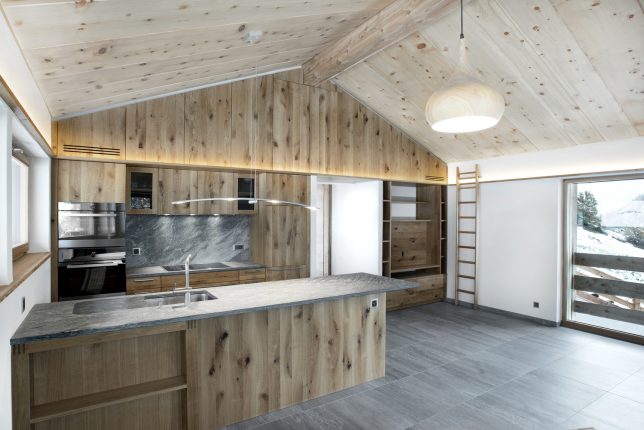 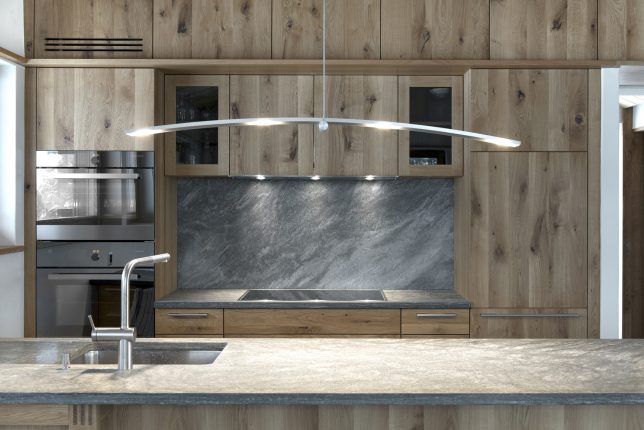 The Larch Barn didn’t look like much before its transformation; just an aging farm outbuilding on a grassy slope in Switzerland. Alp’Architecture Sárl extended it with new volumes in the back to keep the exterior walls almost exactly as they were. Downstairs is a garage, entrance, equipment room and a bathroom, while the shared spaces and bedroom are found upstairs. The architects carefully dismantled the original structure so the planks could be straightened and remounted on new wooden frames. 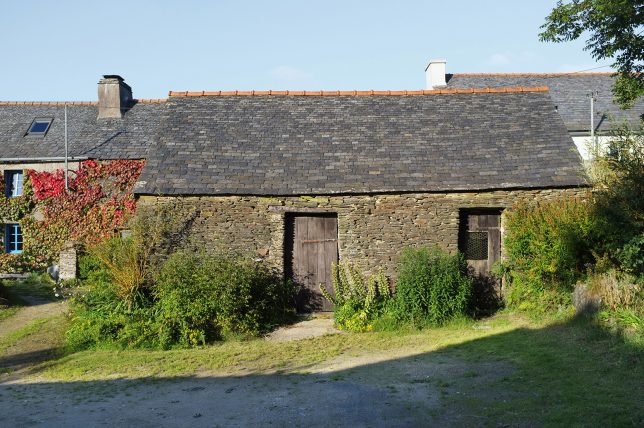 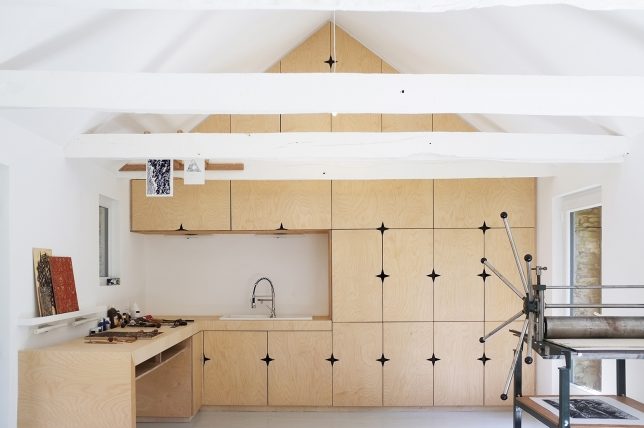 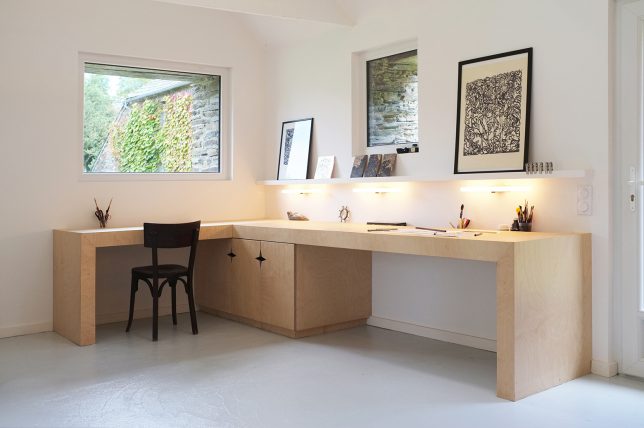 An artist imagined the 17th-century barn attached to the home where he lives with his family transformed into a studio where he could work. Modal Architecture left the exterior almost exactly as it was to preserve the local architectural identity, giving the inside a bright white makeover with custom cabinetry. “More than a simple artist studio, this small building is now a place of meetings and a passageway. It’s also a place of curiosity for the inhabitants of the surroundings in search of inspiration for their own houses. Doesn’t it proves that the key to a project’s success often lies on local and cultural context ? So, this small building, which entirely satisfies the artist, is now ready for new chapter of its story…” 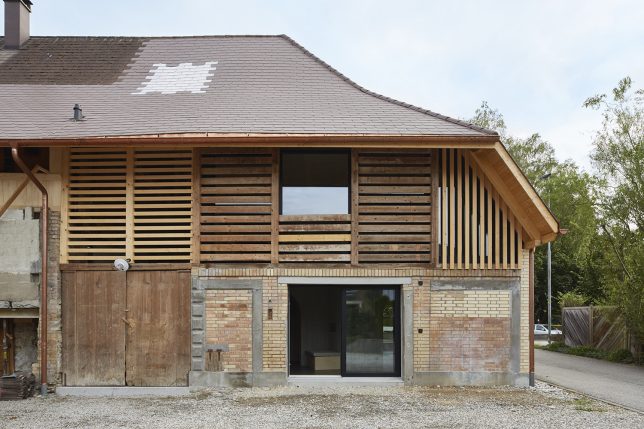 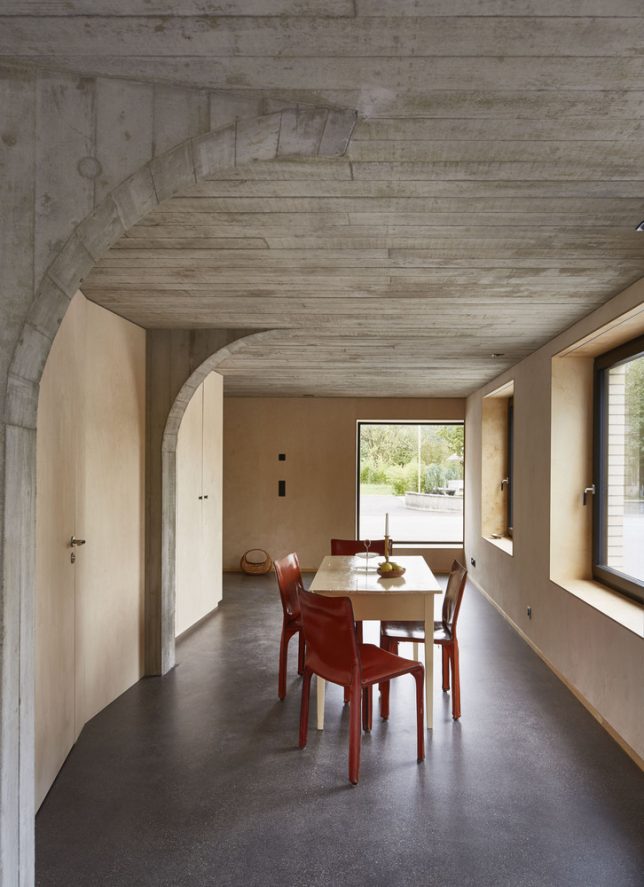 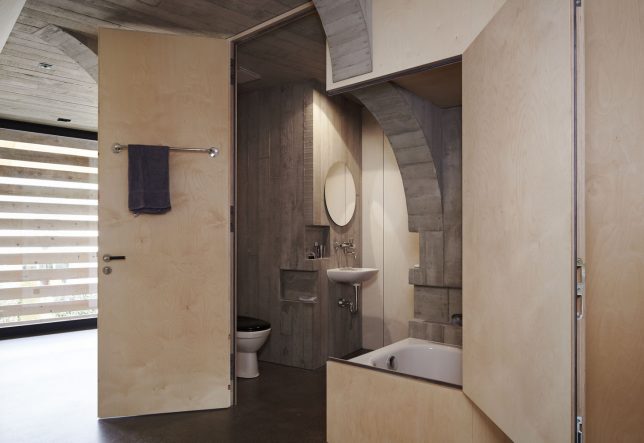 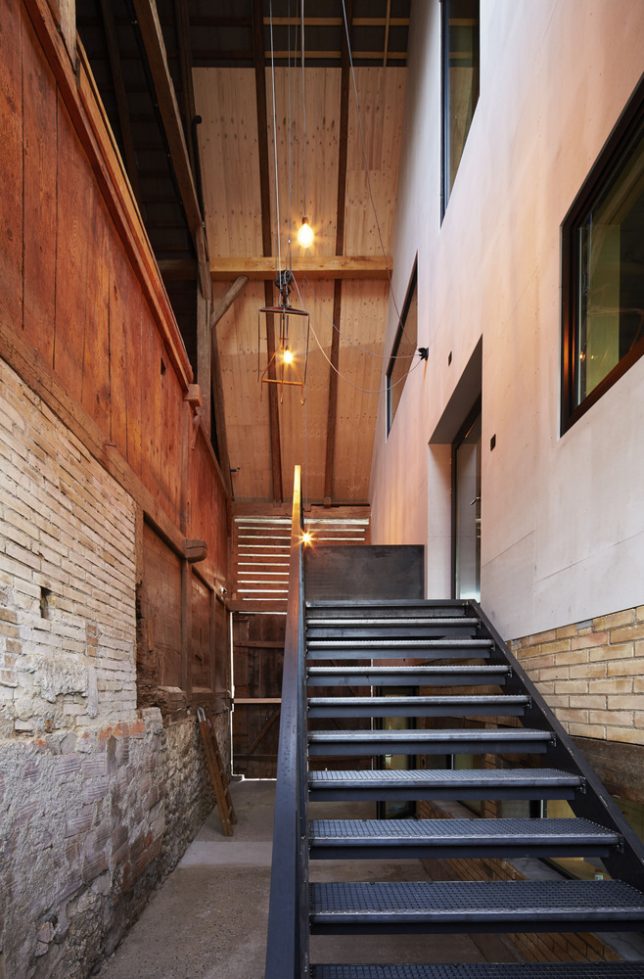 “How on earth does one come up with the idea of pouring a huge amount of concrete into an Emmental farmhouse? Certainly, one could find several practical reasons (statics, thermal storage mass or the like…),” says Freiluft Architektur of this Swiss project. “For us, the house needed something rough and immediate, something that could build up its own world in the former barn and hayloft.” This new concrete addition holds all the bathrooms and kitchens as well as cabinets and storage space, while large windows open up the views. 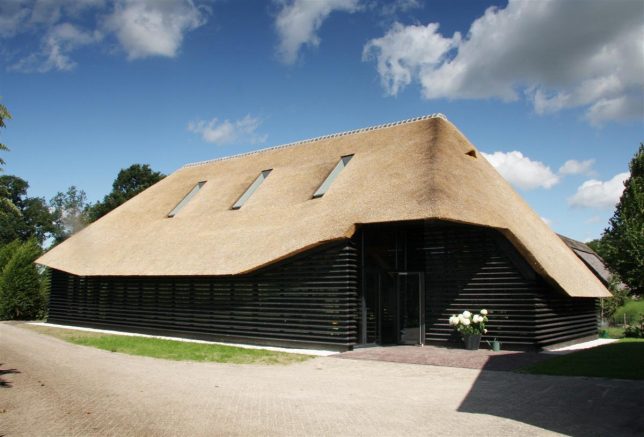 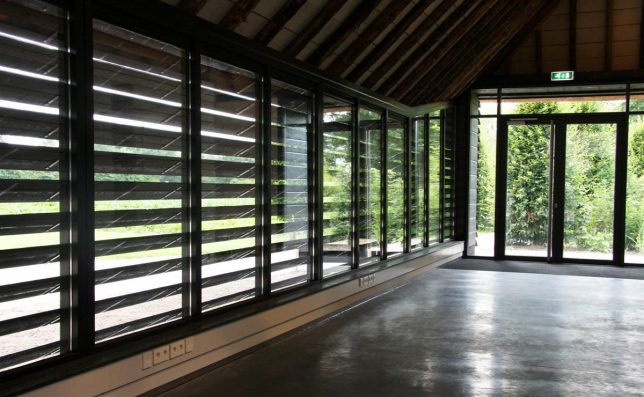 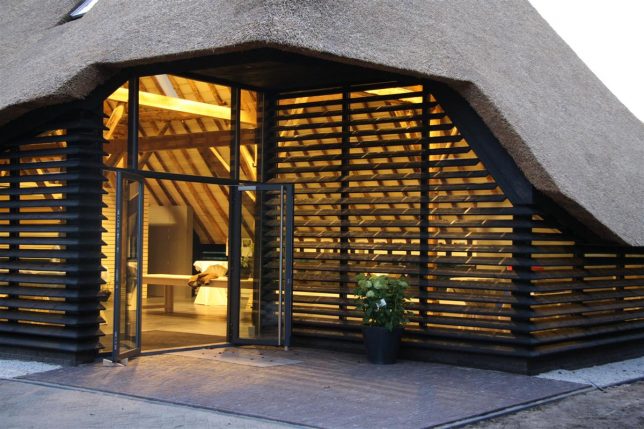 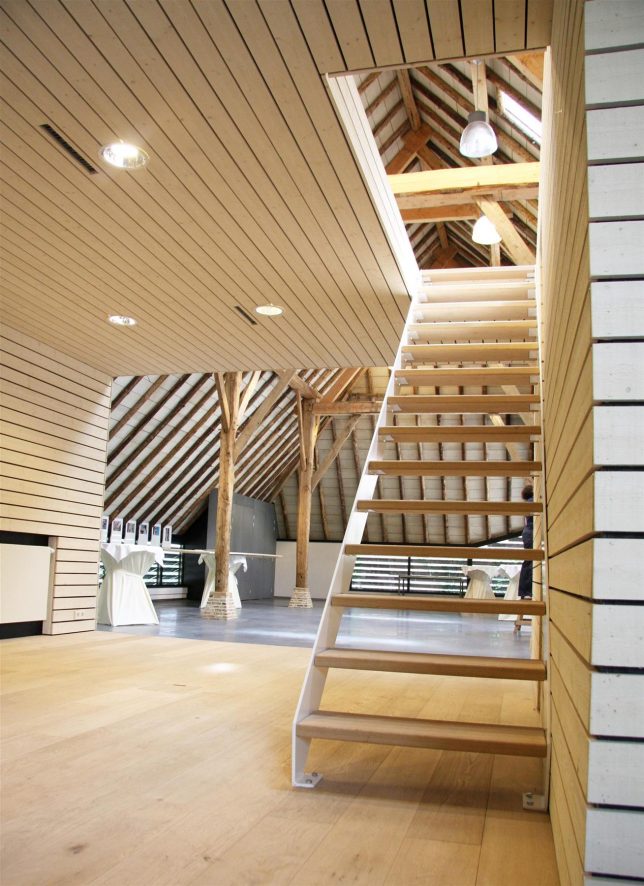 Here’s yet another barn project that replaces the main exterior walls with glazing and louvered panels. This Flemish barn was built around the year 1800 in Basel, The Netherlands and used for traditional farming purposes for centuries before its conversion into an office by Arend Groenewegen. “The goal was  to enhance the quality and character of the countryside at a location where urban expansion is planned. And, while retaining the original character, transforming an old barn into an office space that meets the requirements of today. The essence of the task was to bring inside light, air and space and from the outside preserve the characteristics of a typical Flemish barn, like the closeness of the low facade of black weatherboarding  and a large thatched roof… By placing an organizing element in the interior, a wooden cube, a solution was found for various programmatic requirements, such as facilities, pantry and washroom.”