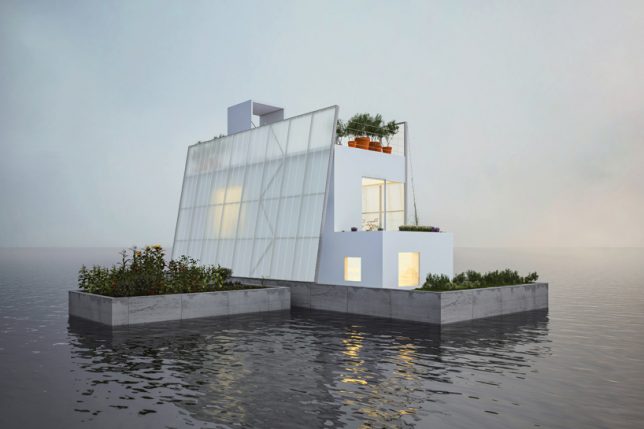 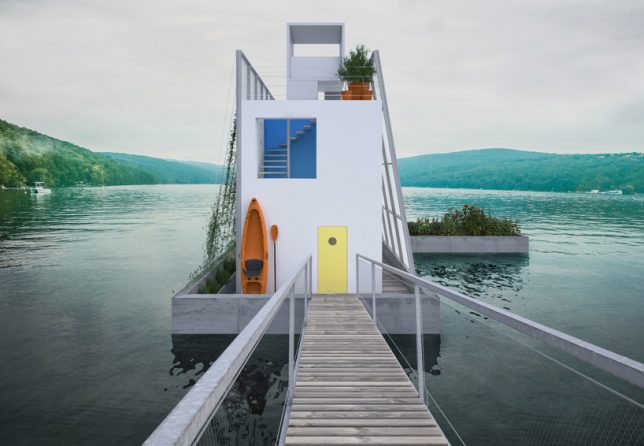 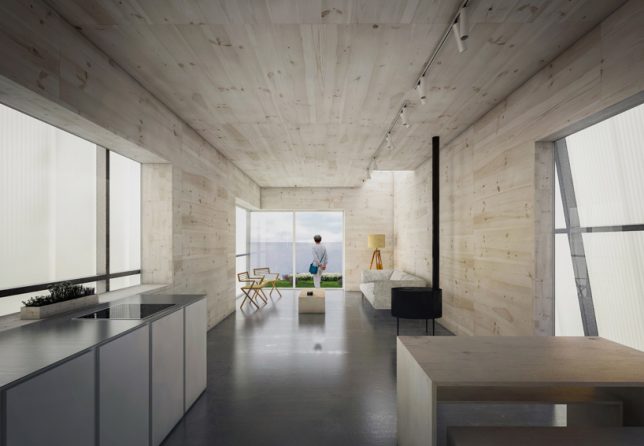 Two huge screens offering both protection from the elements and privacy give Carl Turner Architects’ floating home a highly distinctive look. “Flooding is and will continue to be a major national and global problem,” say the firm. “Protecting the areas at risk with top-down landscaping measures such as defense walls is often too expensive. Therefore, an alternative solution is necessary. We believe the problem of flooding should be solved at its roots (i.e. climate change) by making a blueprint for housing that is carbon neutral and self-sufficient.” 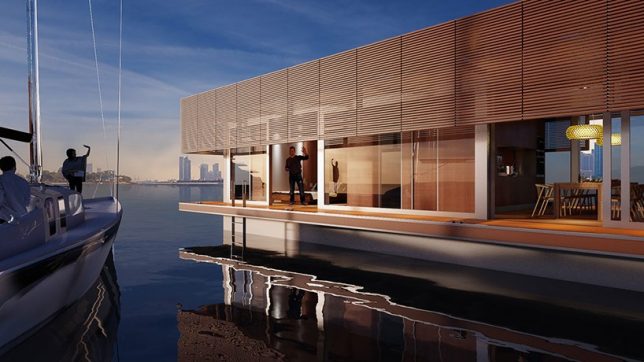 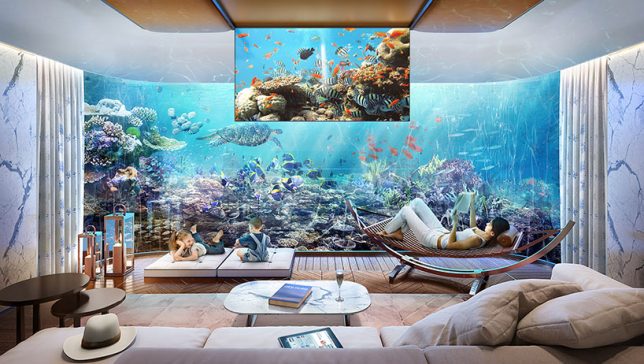 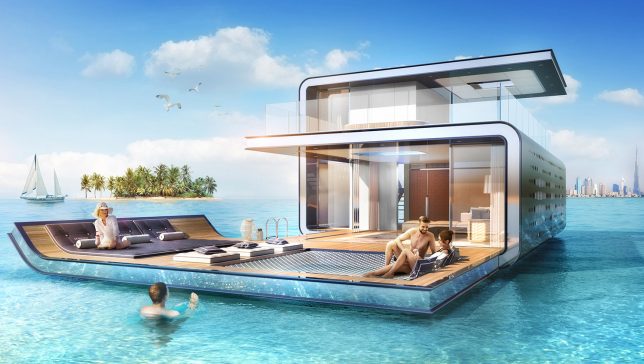 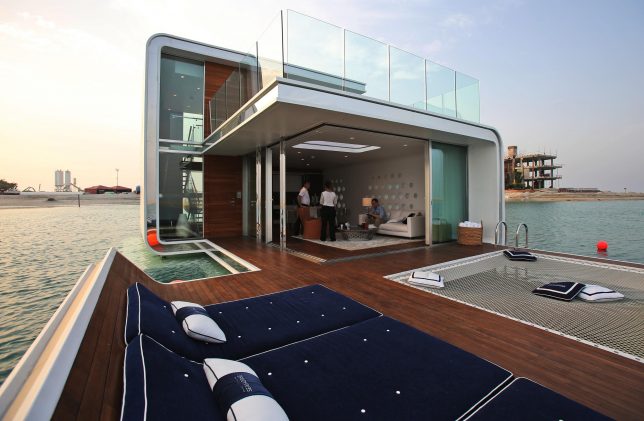 Renderings no more: Dubai’s floating seahorse villas are real! These gorgeous floating homes are tailor made for relaxing vacations on the water. Developed by Kleindienst, the structures offer flexible living/sleeping areas including an underwater bedroom. Phases 1 and 2 of the project have sold out before they were even built.

A Wooden Sauna on the Swamps of Estonia 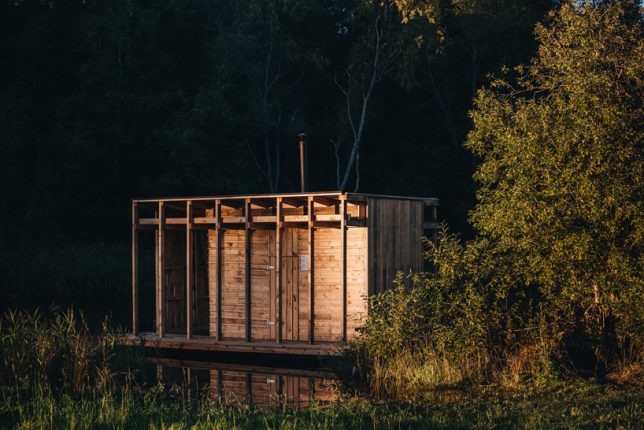 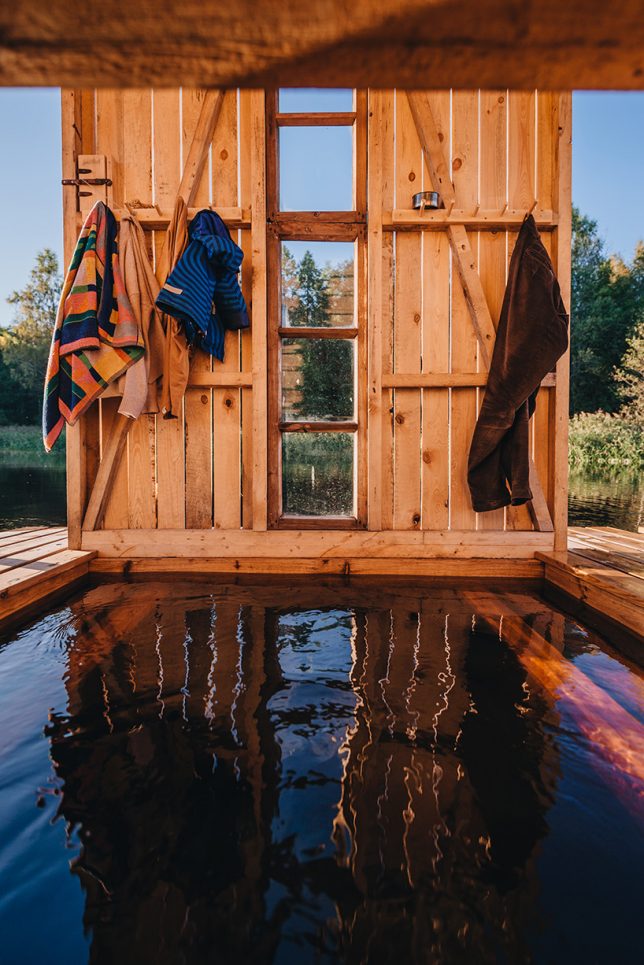 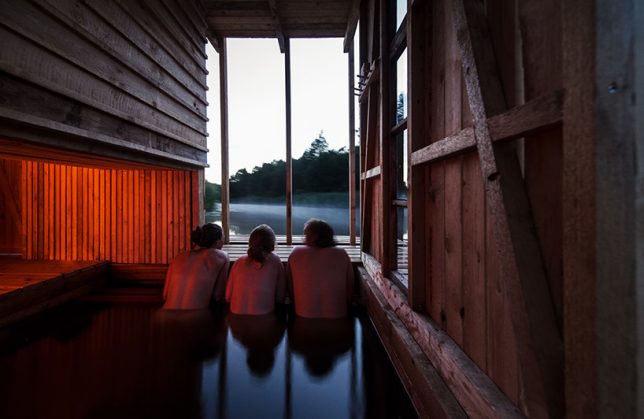 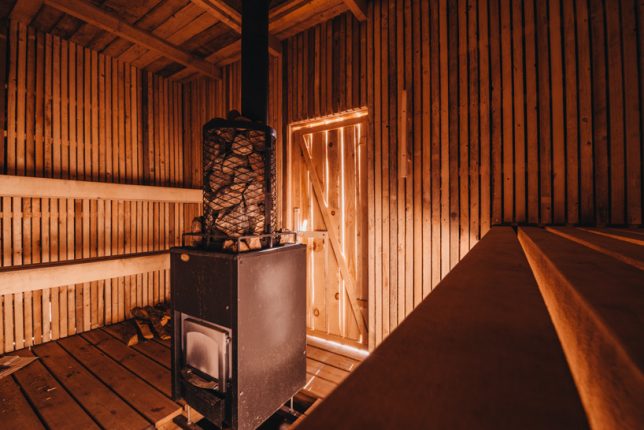 A team of international students collaborated with architect and artist Sami Rintala, Hannes Parks and architecture firm Studio b210 to create ‘Flooded,’ a sauna on the Sooma swamp in Estonia. The challenge was to create a practical and desirable structure that also addresses the climatic and cultural aspects of the setting. “The sauna ritual is intertwined with water – in this case, taking people directly onto the ’Soomaa’ streams which flood the roads, meadows and yards at least once a year, creating a new, unusual world,” says Praks.

The Brook House Calls Attention to a Shrinking Waterway 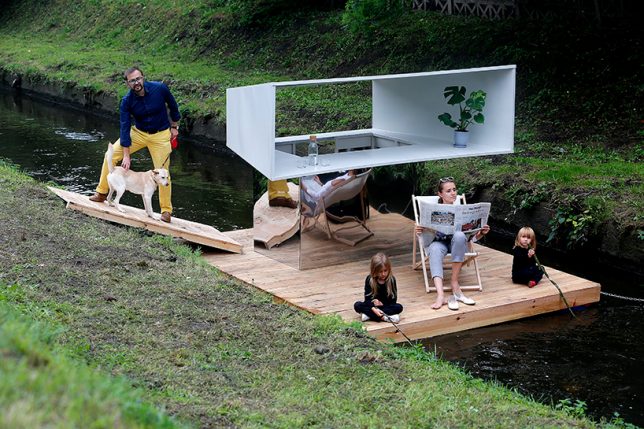 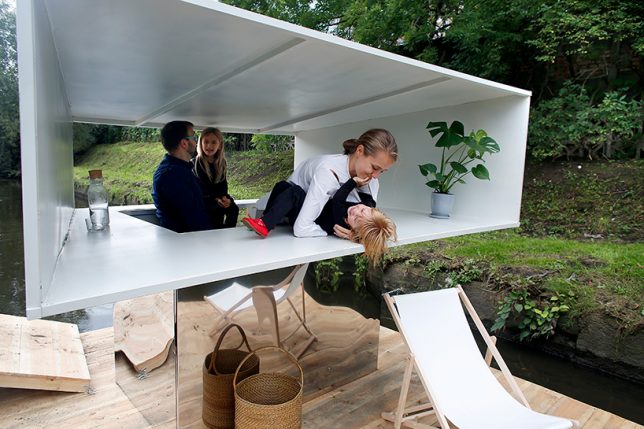 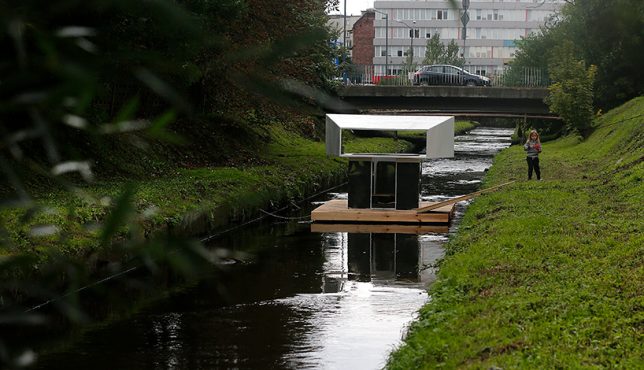 The Rawa River in Poland was once a waterway suited to its name, but over the decades, it has been constrained to a mere 13 feet wide for use as a rain and sewage canal. Jakub Szczesny’s The Brook House calls attention to the river’s missed functionality. Created as part of the Katowice Street Art Festival in 2017, the project is docked alongside a university campus and open to the public.