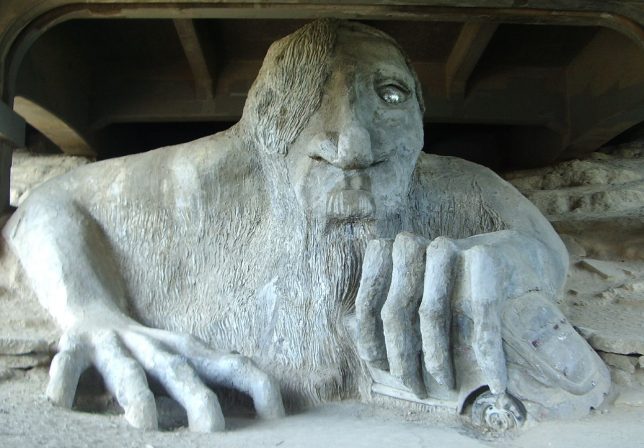 The Fremont Troll has lurked beneath Seattle’s Aurora Bridge since 1990 – back in the days when Volkswagen Bugs were both plentiful and disposable. 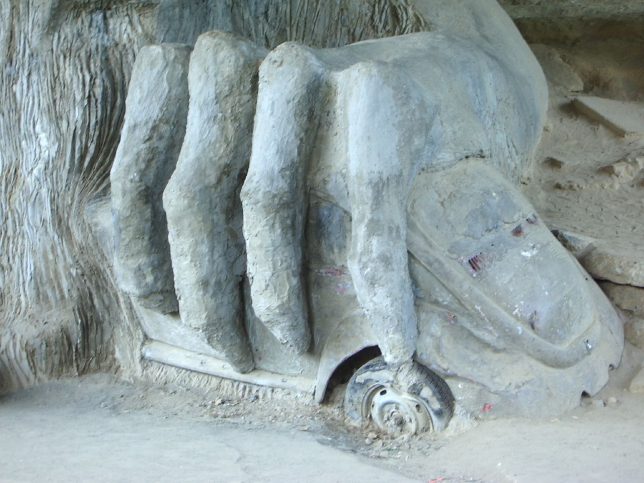 The car was originally painted red and had a California license plate, the latter a thinly-veiled protest by the artists against unwanted development of the neighborhood by out-of-state interests. 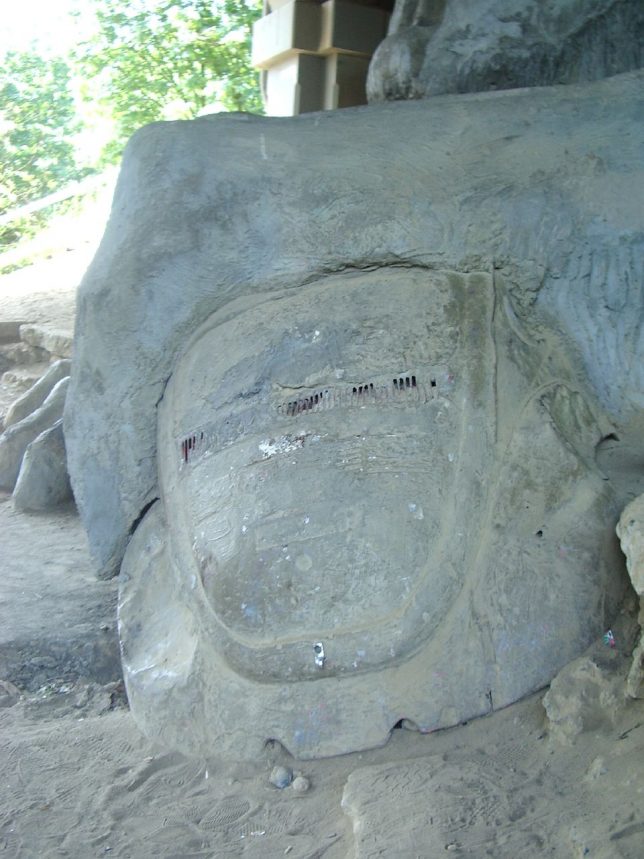 The Beetle originally held a bust of Elvis Presley (another pop culture icon) but after vandals stole the bust and generally trashed the car, the artists filled the Bug with concrete and painted it grey to match the surrounding cement. 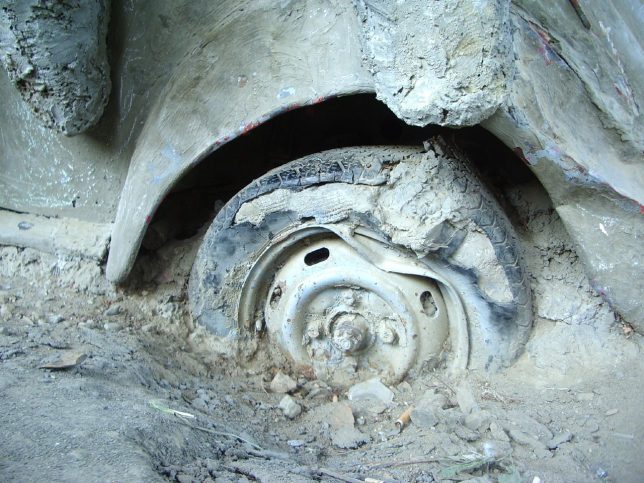 Flickr member Kim F (akseabird) captured the Troll and his swatted Bug in May of 2007. Yikes, did they fill the tires with concrete too? Now that’s what you call maximum trolling. 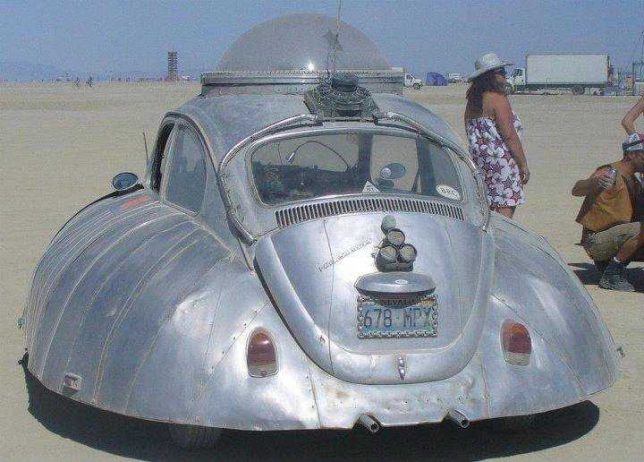 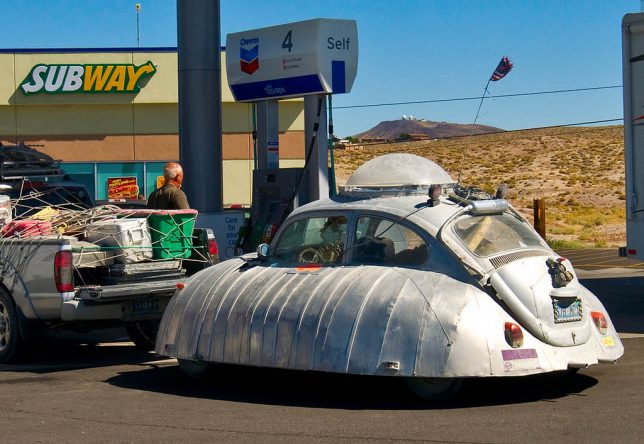 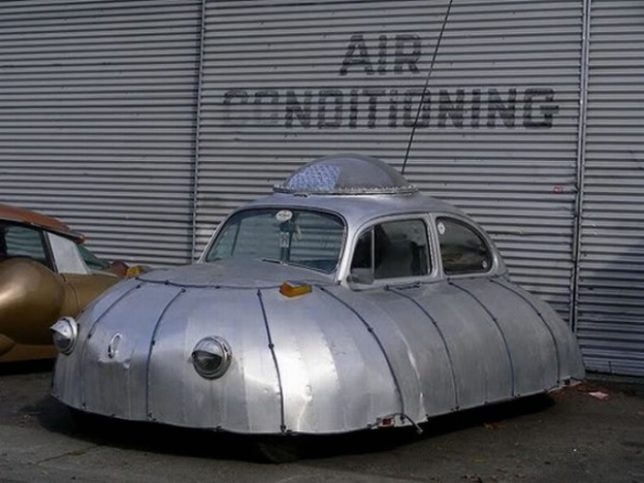 It’s an Unidentified Ffahrvergnügen Object! Someone must have been smoking something when they saw a VW Bug and said, “Y’know, it wouldn’t take much to turn that there Beetle into a road-going UFO… here, hold my beer.” Note those people at Burning Man not giving the outrageously-flared Bug a second glance… wonder what they’re smoking? 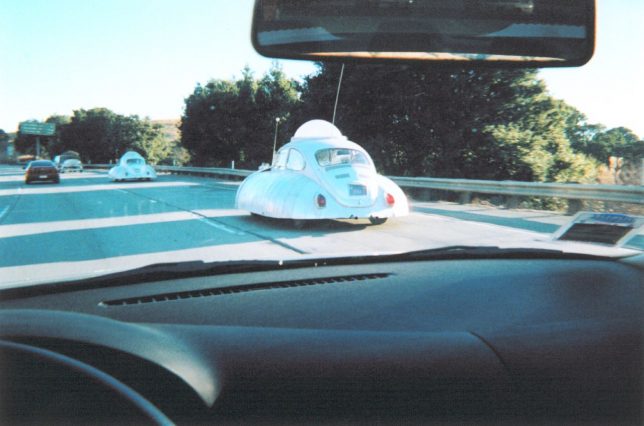 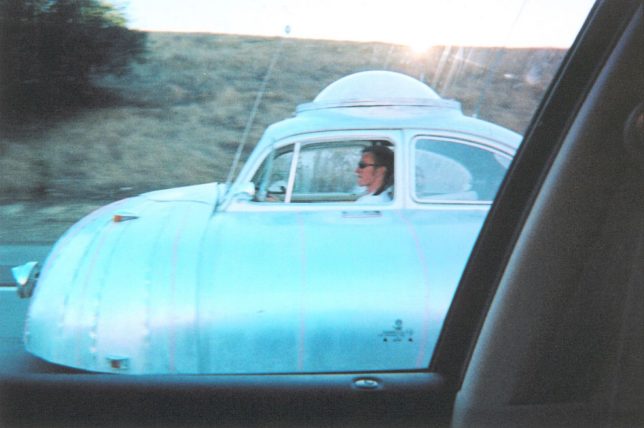 OK, so these aren’t the best quality photos but what do you expect from a disposable camera lost in some dude’s closet for half a decade? Good thing Flickr member Brian Bennett (Umpqua) finally found the camera and got the film developed – now we know that (a) these UFO Bugs were freeway-capable and (b) there was more than one made.

Too Much Turtle Wax 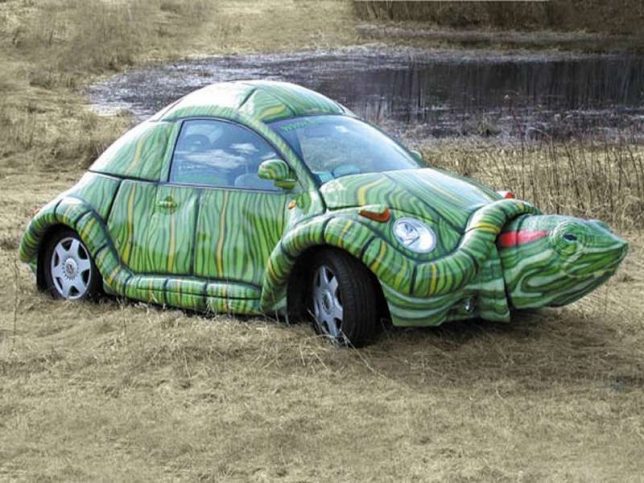 We’ll end off as VW did, with a New Beetle. Not just any New Beetle, mind you, but an art car based on the Bug’s second coming. What a cold-blooded thing to do, though it does look sorta snappy. 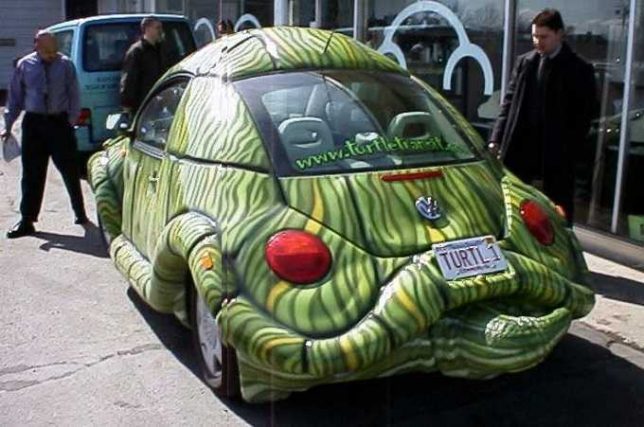 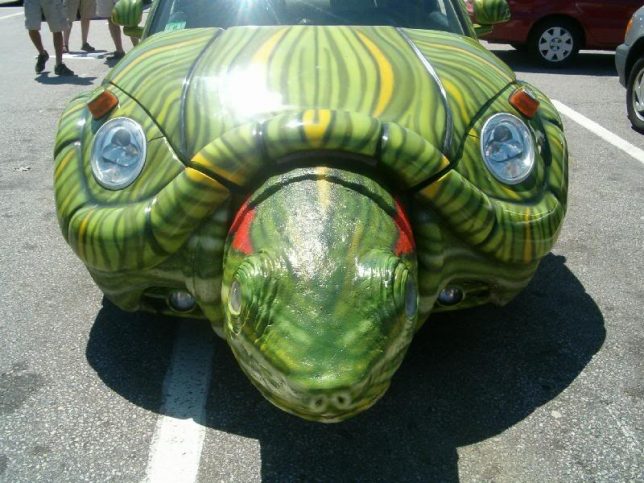 Call it a Beetle in turtle’s clothing if you like – this promotional vehicle for TurtleTransit (who specialize in creating promotional vehicles – Xzibit, are you there?) embodies a level of body modification that approaches Joyce Wildenstein-ish levels… and arguably comes off better looking. We’re guessing the car’s on-board GPS keeps on directing the driver towards the nearest pond. One would hope the New Beetle floats as well as its inspiration.