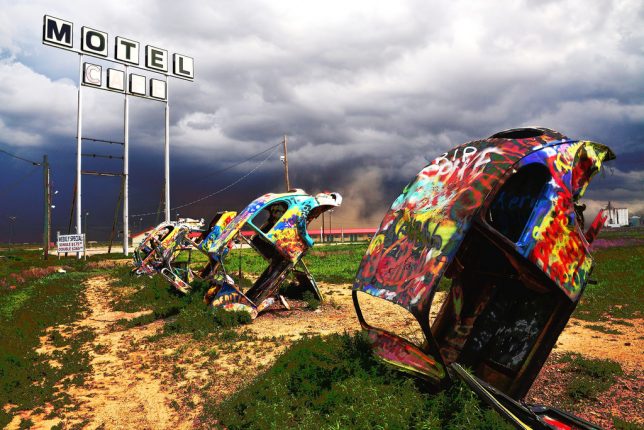 Disappointed the Running N Art Ranch won’t let you graffiti-up their Lady Bug art cars? Well turn that frown upside down, friend, and hustle on down Route 66 to the Bug Ranch – a not-so-subtle homage to the Cadillac Ranch that looks a lot like its inspiration, only with Beetles instead of Caddys! Flickr member Jenny McG (thedefiningmom) snapped the spectacular shot above on May 28th, 2015. 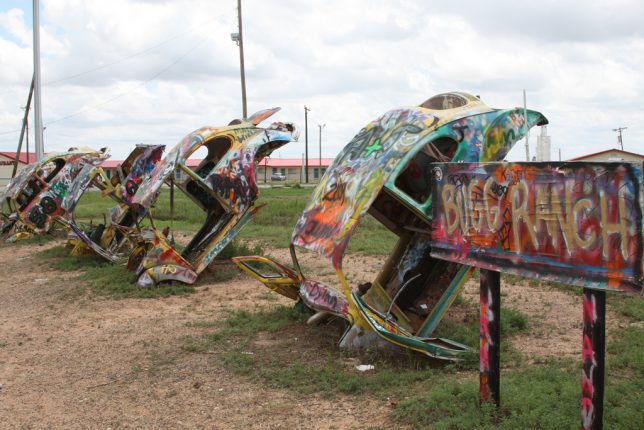 The VW Slug Bug Ranch, to be official, is located in Conway (population: 3), Texas. It’s main attraction is a quintet – odd how VW art cars run in fives – of skeletal Beetles half-buried in the ground. Bring your spray paint and some sturdy shoes – plenty of broken glass underfoot. 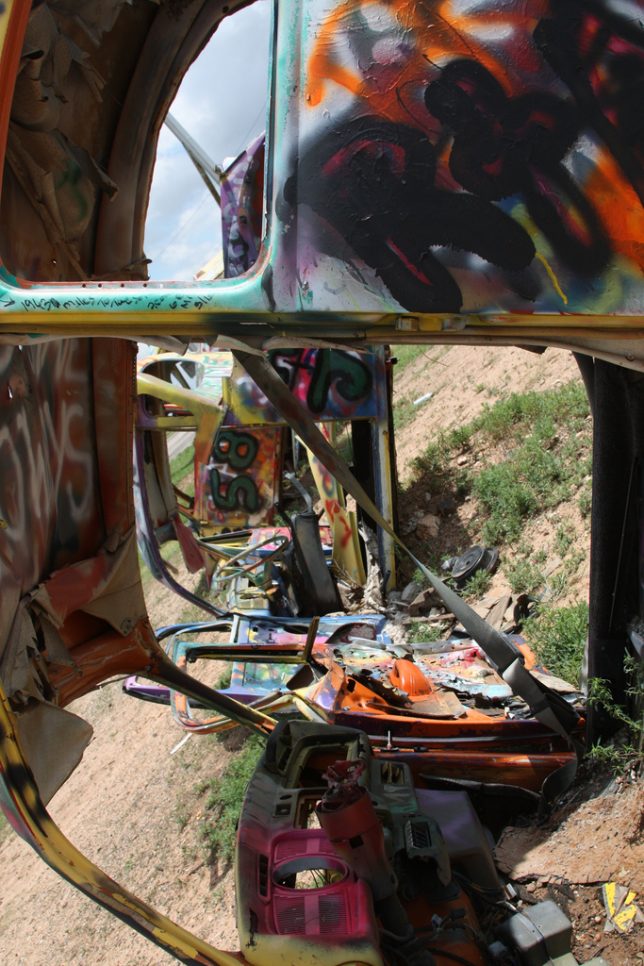 Some visitors have commented that “the smell from a sewer is overpowering. It’s almost impossible to stay very long.” Hey, it’s a “Bug” AND a feature! Flickr member Ron Savage ([email protected]) stopped by for a look-see-sniff in July of 2009.

Wood You Drive It? 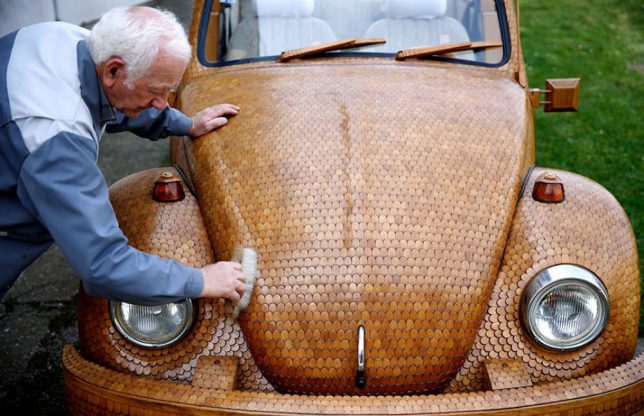 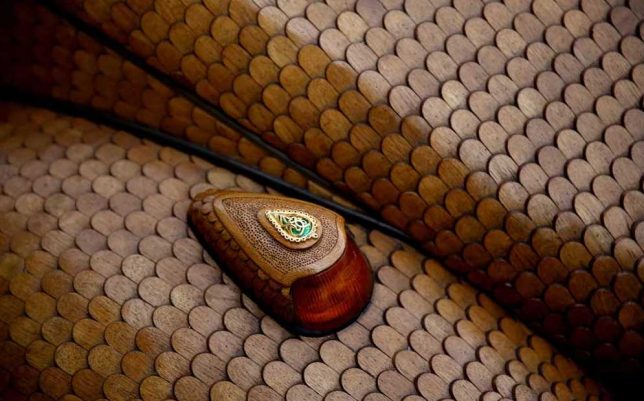 This is not the Oak Beetle you Forestry students were looking for… or is it? We’ll go with the latter, even if that means going to far-off Bosnia to get up close and personal with Momir Bojic’s awesome oak-plated Bug. From the windshield wipers to the hubcaps to the fine detailing on the turn signals, Bojic has expertly applied around 50,000 pieces of precisely trimmed oak to his still fully-drivable Beetle. 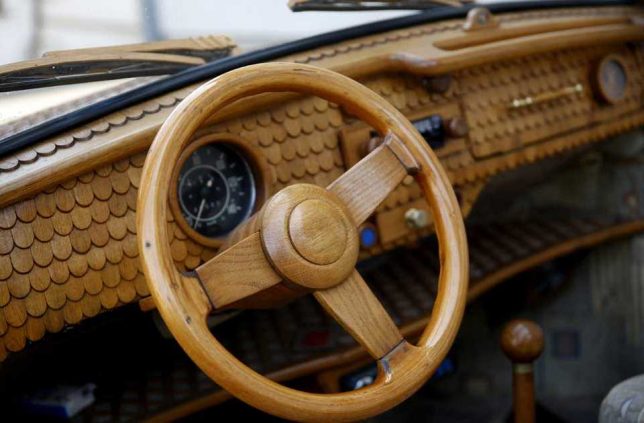 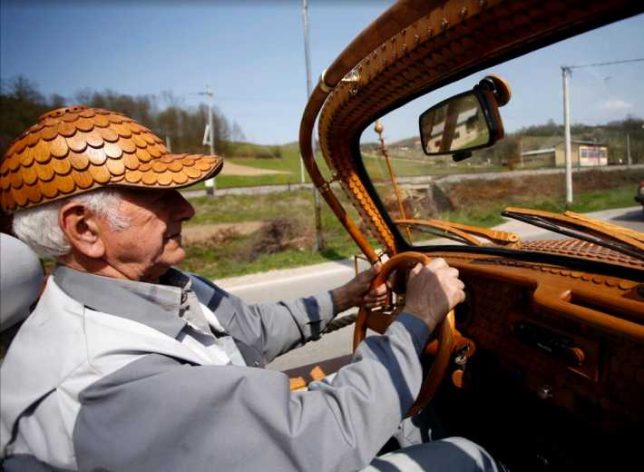 Most of the exterior bodywork is covered in oak scales designed to mimic Bosnia’s traditional home roofing tiles. Bojic even had some leftover oak he used to trim his driving cap. Definitely a Beetle whose bark is better than its bite – that’s real bark, after all. 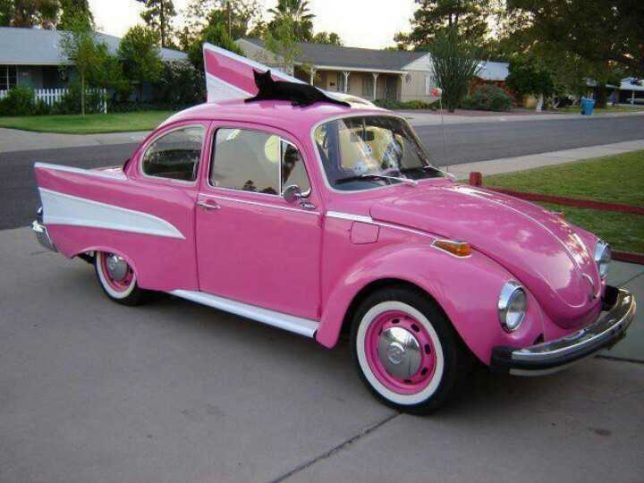 From the “Why would you do that??” department comes this smashup mashup of two iconic cars – a 1957 Chevy Bel Air and a Volkswagen Bug. Oh, and also a cat, occasionally. 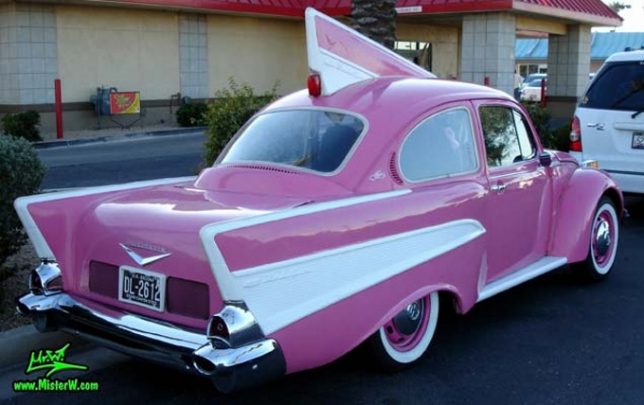 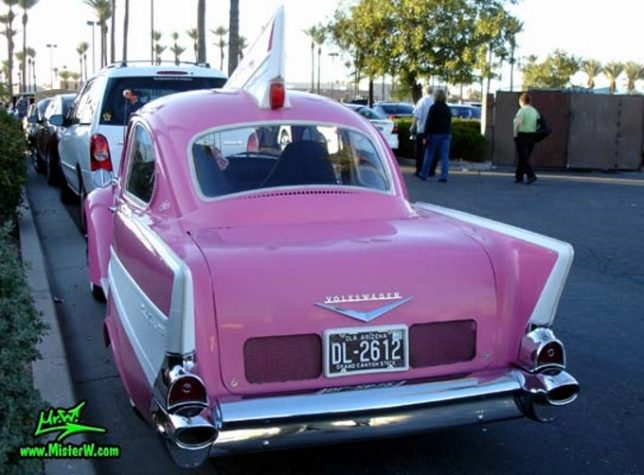 Spied and snapped at the Scottsdale Pavilions Classic Car Show by MisterW, this triple-finned fantasy in Pepto-Bismol Pink was a big hit with all the cool cats attending. Betcha the owner has no trouble finding his ride in any parking lot.

That’s Just How They Roll 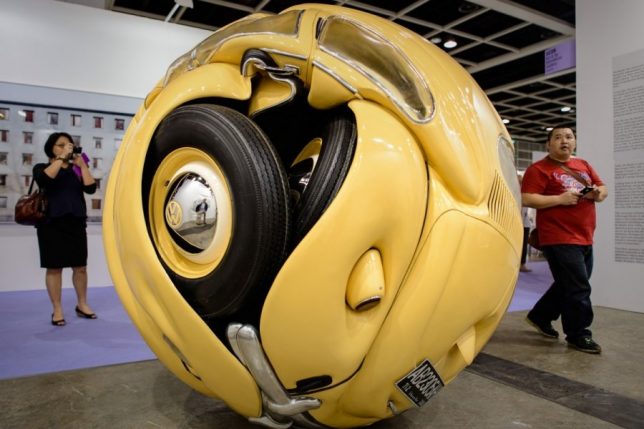 They see me rollin’, they… lovin’? It’s hard to find fault with this well-rounded VW Beetle art car – unless, of course, it was your daily driver. 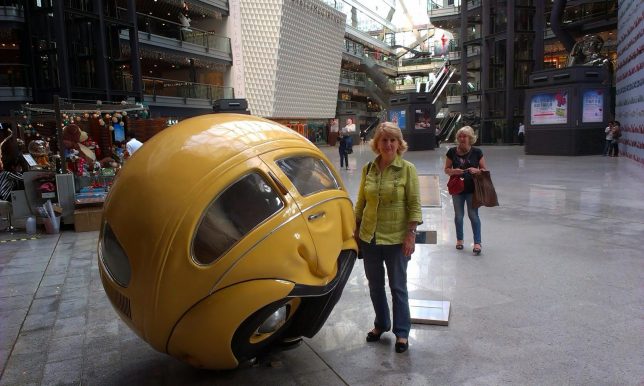 Indonesian artist Ichwan Noor started with a 1953 yellow Beetle, added some aluminum and polyester, and wound up with one of the most popular exhibits at the 2013 Art Basel Hong Kong show. How popular, you ask? Well, one patron liked the pillbug-like Bug so much they paid a cool $88,000 to take it home… no word on where or how they’ll park it. 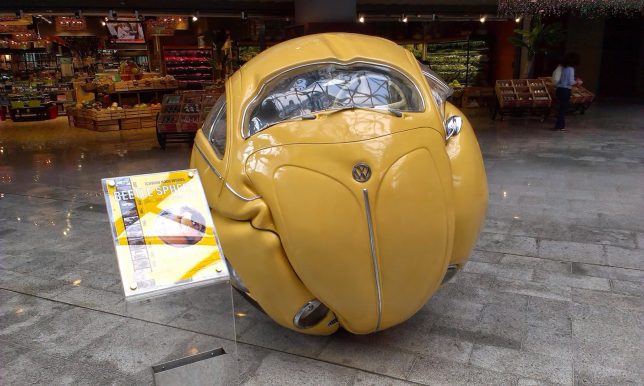 “The idea emerged from a personal perception towards objects that are products of a transportation culture,” explained Noor, “which induces hints/signs of spiritual emotion. To behold a vehicle (car) is to have a ‘magical’ (supernatural) identity. Sculptures represent the interaction between humans and the object realm, with strong spiritual tension that affects the subconscious, and that yields a new animistic attitude.” Can’t argue with that, now can you?