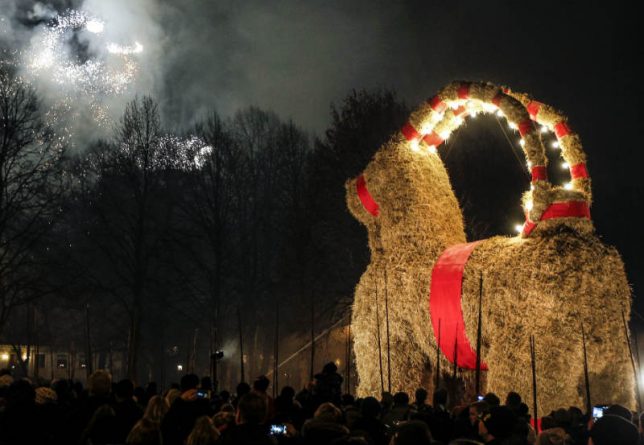 Since 1966, a veritable herd of giant straw goats has risen – and usually fallen before their time – in the Swedish city of Gavle. Based on traditional small Scandinavian Yule Goats, the ginormous “Gavlebocken” have proven to be irresistible magnets for arsonists. 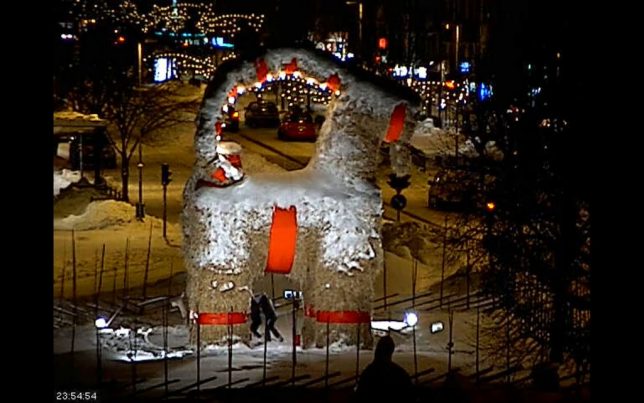 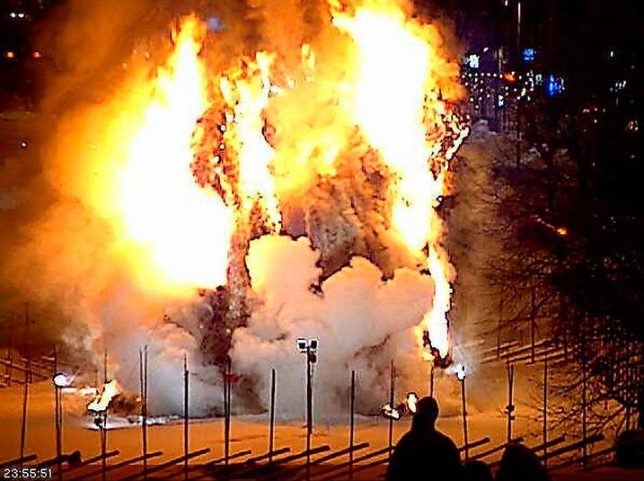 As of December of 2017, the goats have gone up in flames or have otherwise been damaged and/or destroyed a whopping 37 times. The tradition began with a single 43-foot-tall goat statue sponsored by the Southern Merchants association. Completed on December 1st of 1966, the giant straw goat was burned to cinders on New Years Eve. By 1970, three out of the five goats constructed annually by the Southern Merchants had gone down in flames, prompting the group to throw in the towel. 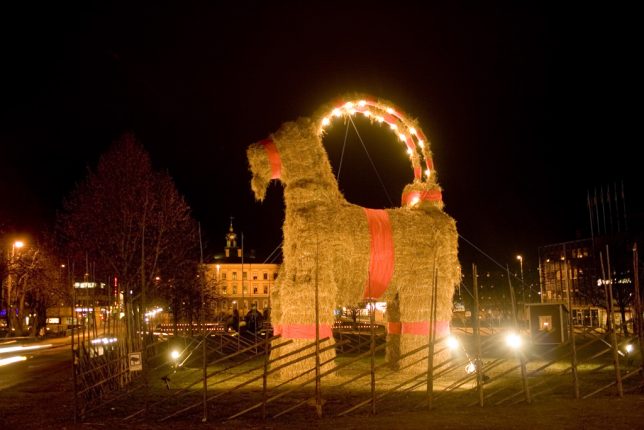 The Natural Science Club of Vasa University took up the torch (so to speak) in 1971 but their goats suffered the same abuse. In 1986 the Southern Merchants returned to goat-building, resulting in two “competing” straw goats being set up – and prematurely burned down – roughly two years out of every three ever since. Flickr member Broken Haiku snapped the goat above about an hour before an arsonist wearing a Santa Claus suit shot a flaming arrow, destroying the goat. You can’t make this stuff up, folks! 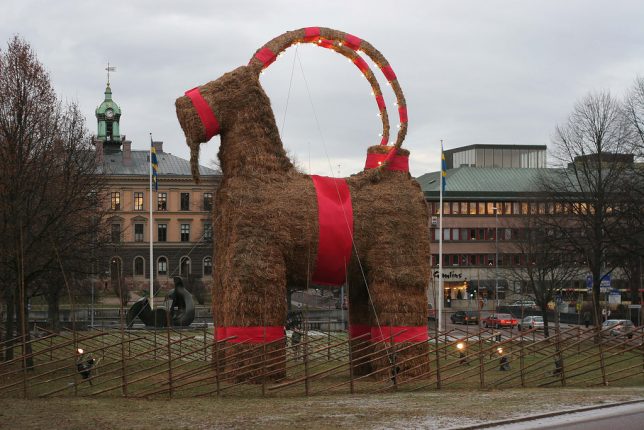 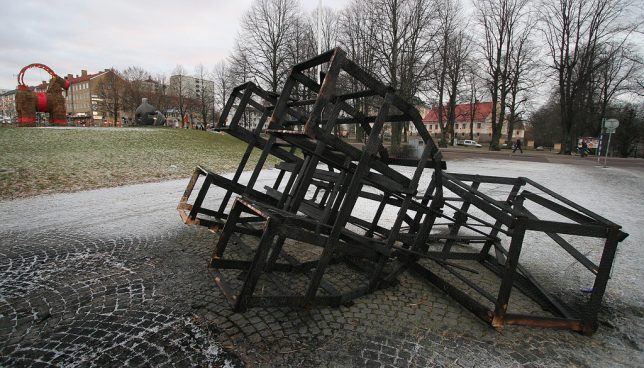 The ensuing “goat war” between the builders has only encouraged arsonists, and when British bookies began posting odds on the goats’ lifespans it just added fuel to the fire. Flickr member Casey Bisson (misterbisson) snapped the smoldering Natural Science Club gavlebocken on December 24th of 2006, with the Southern Merchants’ goat in the background. The latter survived past New Years Eve and was officially taken down on January 2nd of 2007. 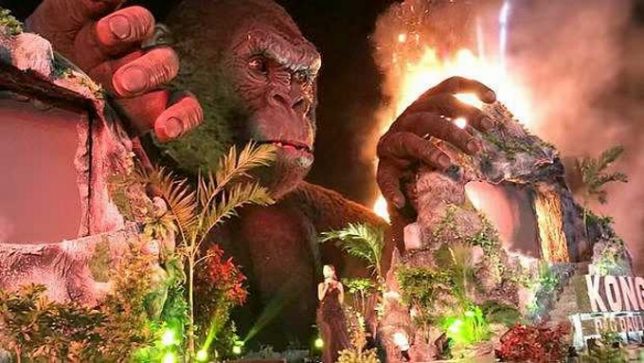 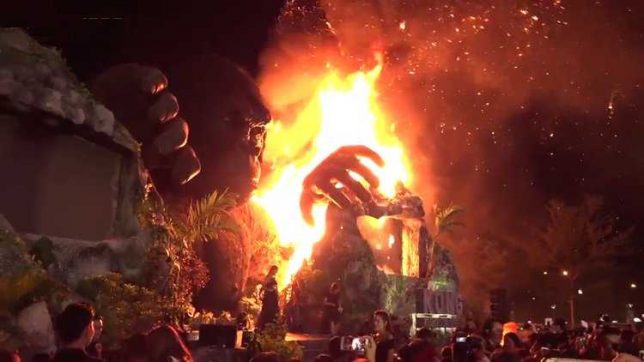 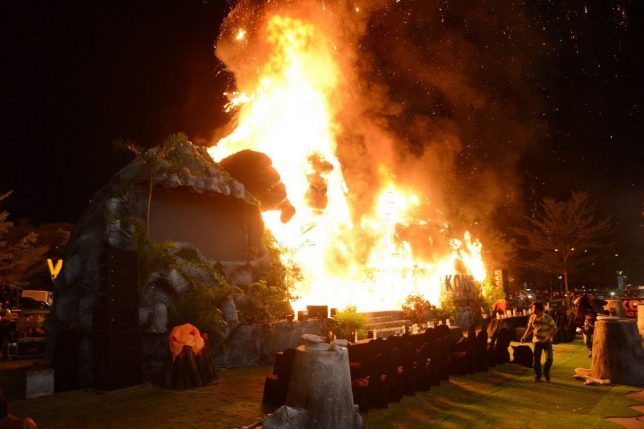 The March 2017 premiere of the film Kong: Skull Island in Ho Chi Minh City, Vietnam was memorable for all the wrong reasons. Well, mainly ONE wrong reason – a 16-foot-tall replica of the iconic movie monster burst into flames when a careless “fire dancer” improperly discarded a torch. DOH! 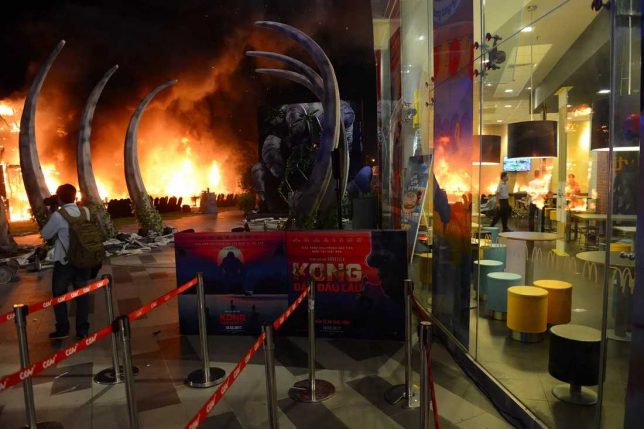 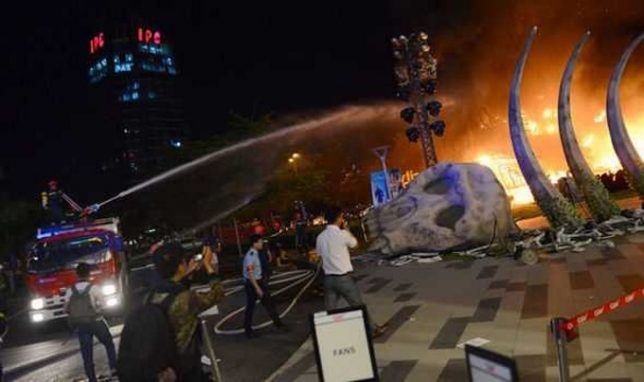 Local firefighters dowsed the blaze in about 15 minutes but that didn’t stop the premiere from proceeding. The show must go on, as they say, at least after the fire’s put out.

Passau of the Christ 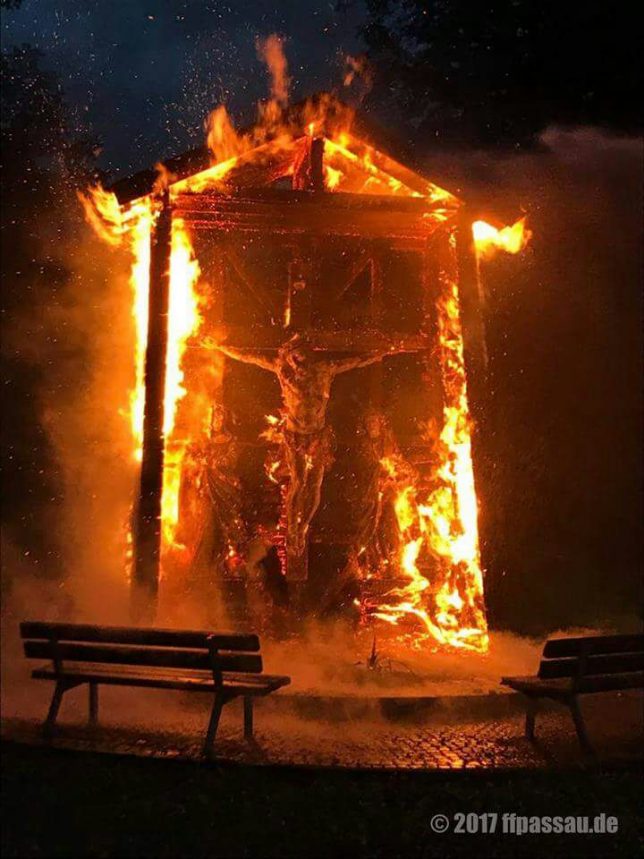 Geez, hasn’t that guy suffered enough? We don’t have much information on the image above, other than it appears to be a botched crucifixion scene from the German city of Passau. To clarify, the crucifixion was going great until someone (possibly Mrs. O’Leary’s cow) tipped over a candle and sparked an immaculate conflagration.

Burned at the Steak 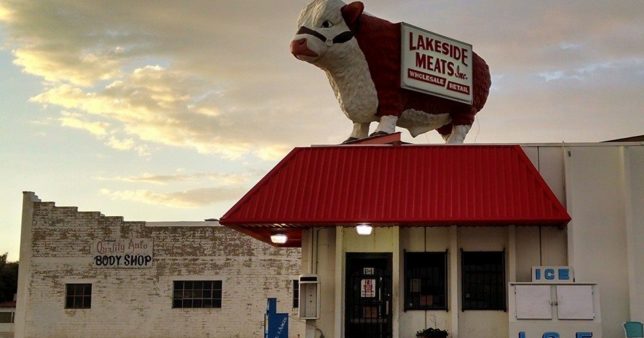 A rather large fiberglass Hereford steer on the roof of Lakeside Meats in Carlsbad, New Mexico, burned to a crisp one hot August night in 2017 during a thunderstorm. “It appears to have been an electrical fire,” stated Carlsbad Fire Chief Rick Lopez. “(The cow) burned into a bunch of pieces,” yet the rest of the business incurred little to no damage. How now, browned cow? 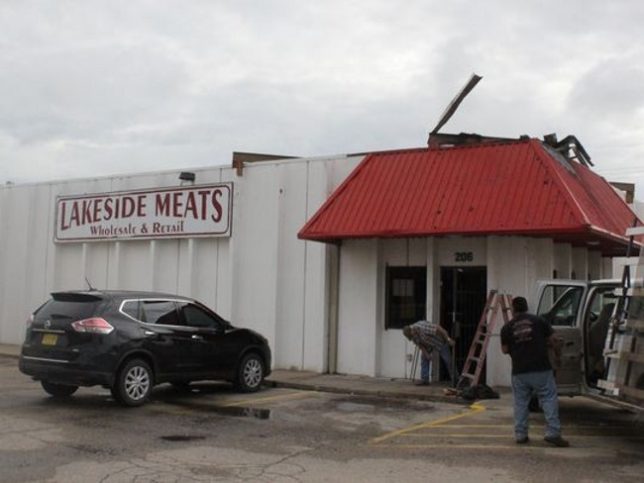 The fiberglass steer was installed on Lakeside’s roof back in 1989 after the store’s previous owner bought it from a West Texas steak restaurant. “It’s just a sad day,” explained owner Bob Dugas to the Carlsbad Current Argus newspaper. “The kids loved it all these years. They’d look forward to come and see the big cow. How do you put a price on something like that?” You’re a businessman, Bob, study it out!