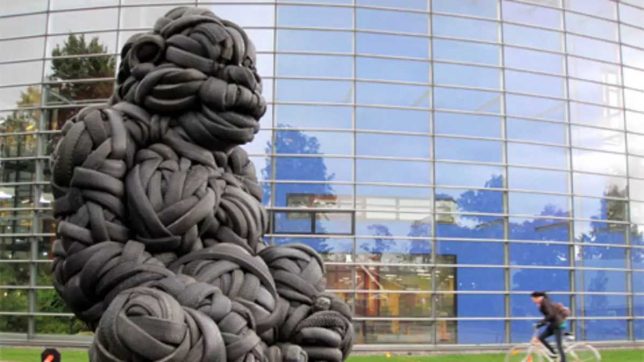 “Kaikki on Mahdollista” (“Everything is Possible”) is, or WAS, a 16-foot-tall sculpture made from old car tires by artist Villu Jaanisoo. Resembling an adult gorilla, the environmental awareness artwork was installed outdoors at the University of Helsinki’s Viikki campus in 2009. 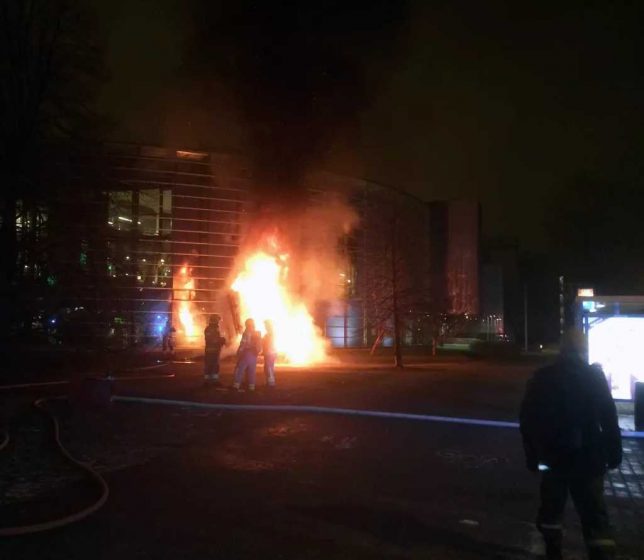 On the night of January 10th, 2018, members of an anarchist group set fire to the artwork. According to a statement released by the anarchists, “the work was burned as a protest against the racist practices and private cars of H & M and other large companies.” Private cars? Man, Finnish anarchists are hardcore. 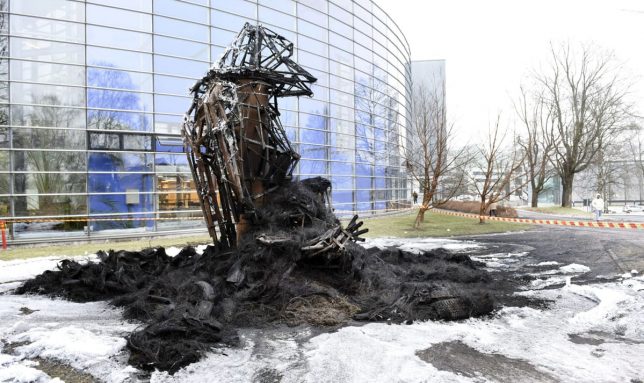 Helsinki police arrested a suspect in the art arson case on February 1st of 2018. According to the Helsingen Sanomat website (where security camera video of the arson attack may be viewed), the suspect “was suspected of being suspected of gross harm.” Indeed, the wheels of justice work weirdly in Finland. 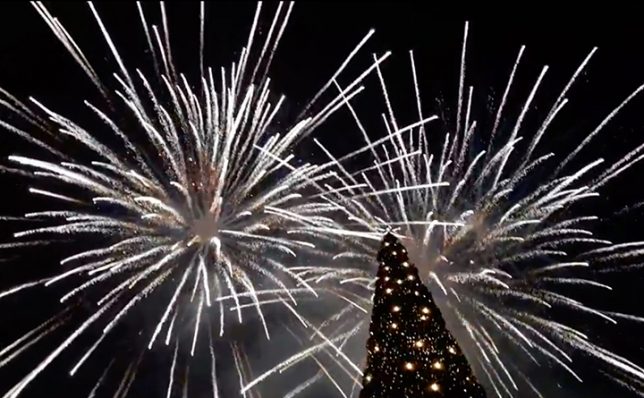 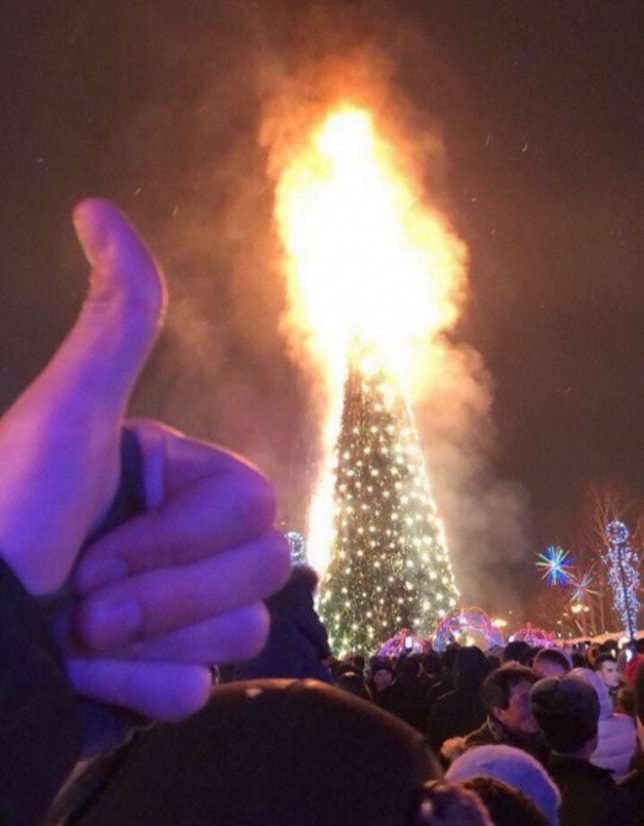 2018 certainly came in with a bang, or at least a fiery “whoosh”, at various places around the world. One notable example occurred in Yuzhno-Sakhalinsk, a city in far-eastern Russia, when a stray firework ignited an 80-foot-tall Christmas tree. 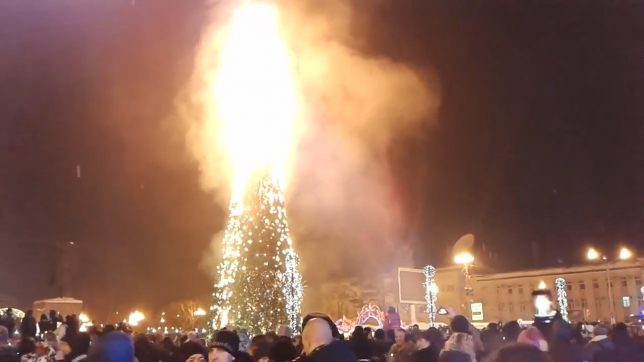 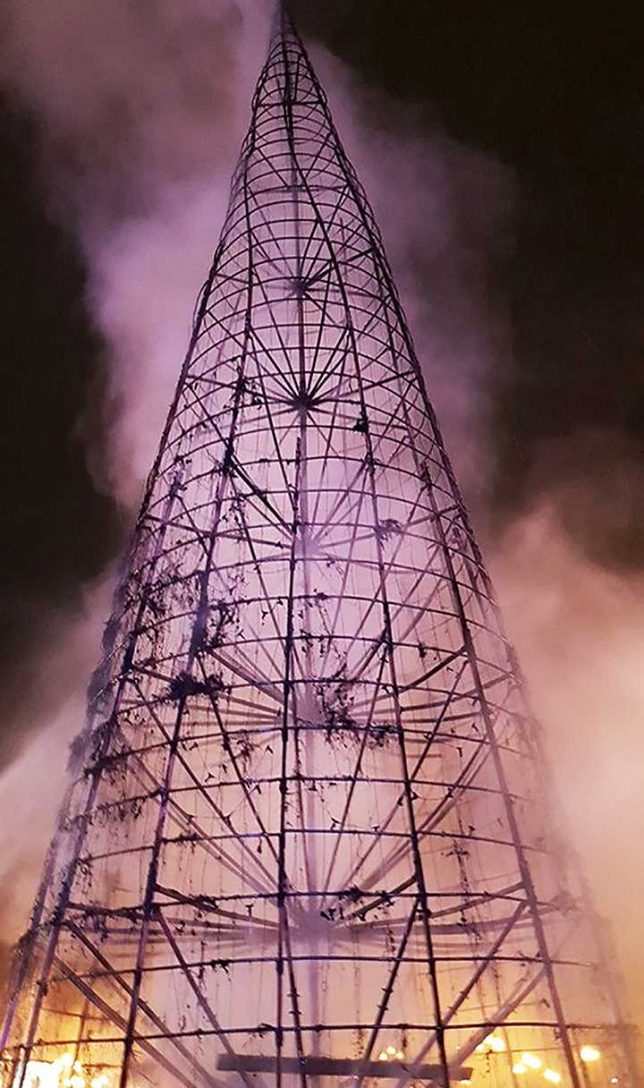 Perhaps the typically Russian winter weather was a factor but the crowd didn’t seem too perturbed when the tree burst into flame – maybe they thought it was part of the show. As can be seen in this video, it took just a few short minutes for the plastic tree to be reduced to a charred metal framework. In post-soviet Russia, Christmas tree light up YOU! 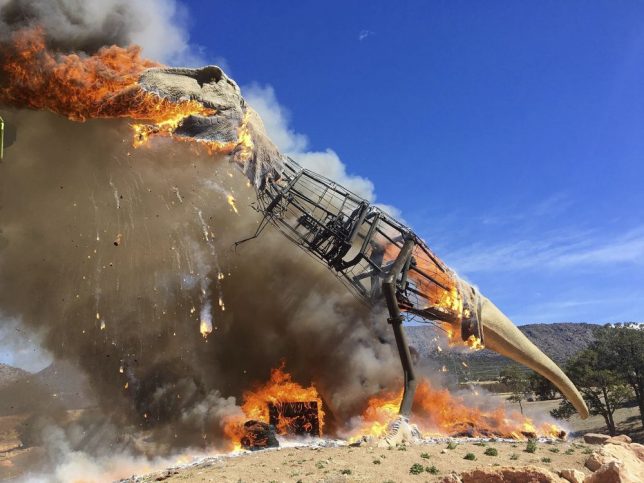 So, why did the dinosaurs really go extinct? While Gary Larson’s theory has its adherents, scientists generally agree that a rogue asteroid smashing into what is now Yucatan basically incinerated the “terrible lizards”. Visitors to the Royal Gorge Dinosaur Experience in Canon City, Colorado witnessed an unexpected replay of the ancient dino doomsday when the the theme park’s animatronic T-Rex exploded into flames due to an electrical short circuit. Call it a… Jurassic spark. 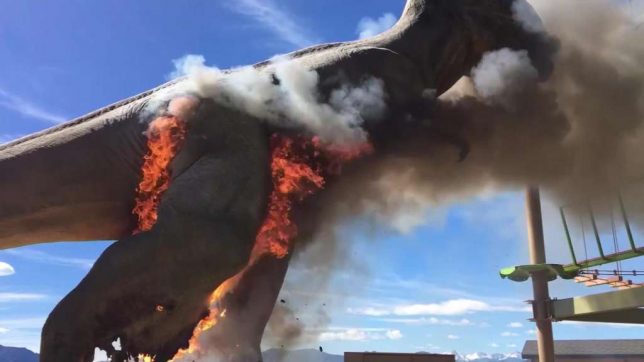 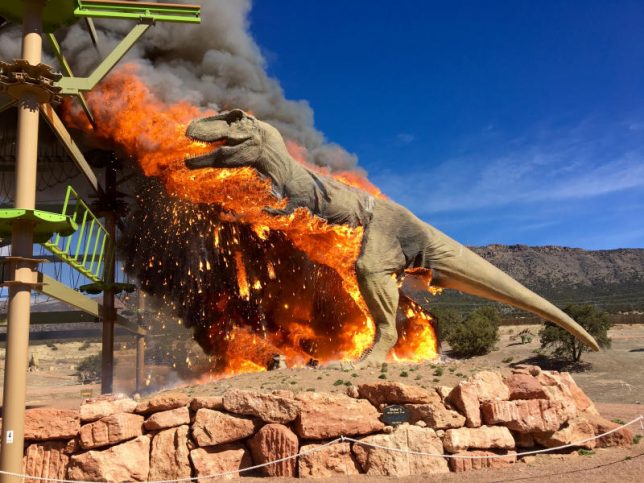 According to park co-owner Zach Reynolds, the 24-foot-tall T-Rex smouldered for about 10 minutes before it caught fire on the morning of March 22nd, 2018. “We knew he had a temper,” joked Reynolds, “but today he blew his top.” Not to mention his midsection, legs and tail. 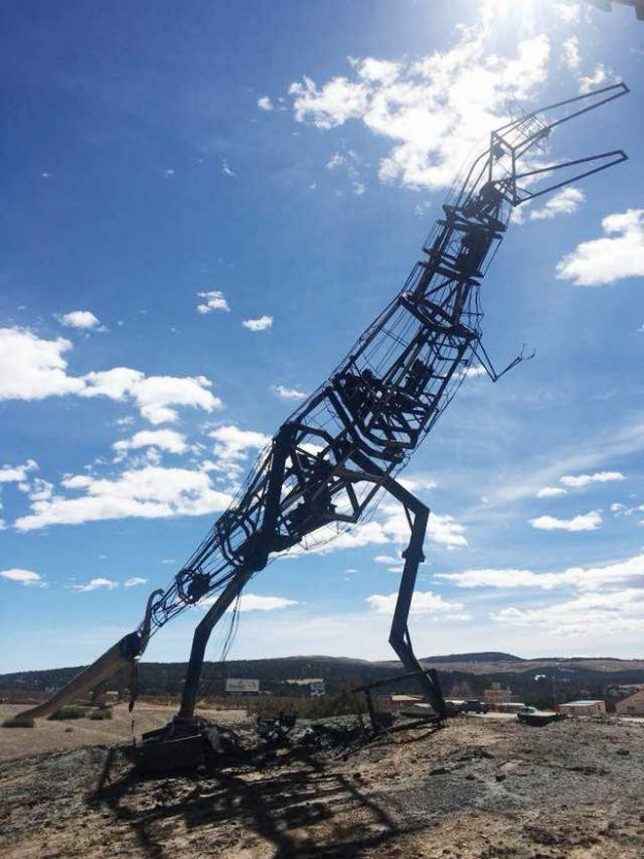 Reynolds (who recorded this video of the flaming Tyrannosaurus “wrecks”) stated that he hopes to have a new T-Rex installed in time for the summer tourist season. Thus history repeats: mammals will replace the dinosaurs.