One of Santiago, Chile’s most congested streets became a colorful pedestrian promenade full of urban art after a 30-day transformation led by artist Dasic Fernández. Now, the city is fighting to keep it. The 400-yard stretch of road adjacent to Santiago’s government palace and main square was never meant to be a permanent pedestrian zone; it was temporarily renovated while closed to traffic for construction on the Santiago Metro. Now locals and the mayor want to keep it that way, but it’s uncertain whether the installation will remain in place. 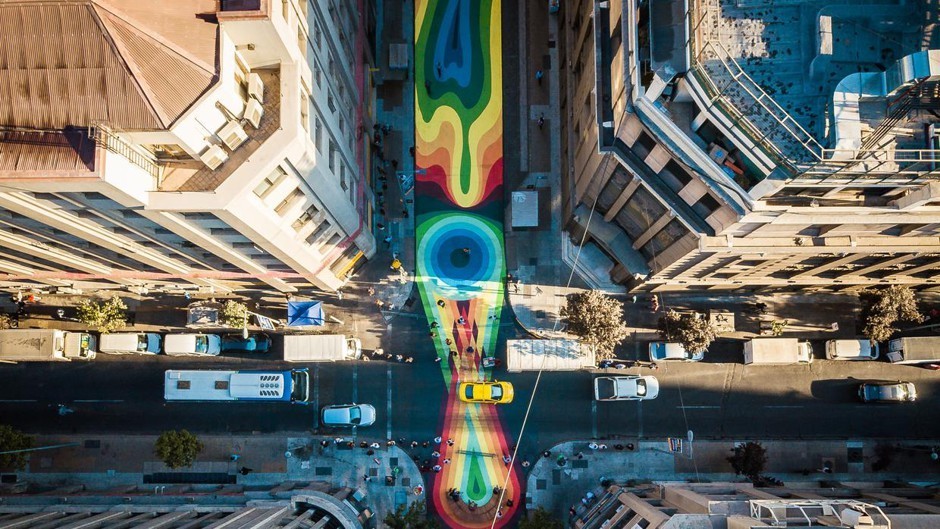 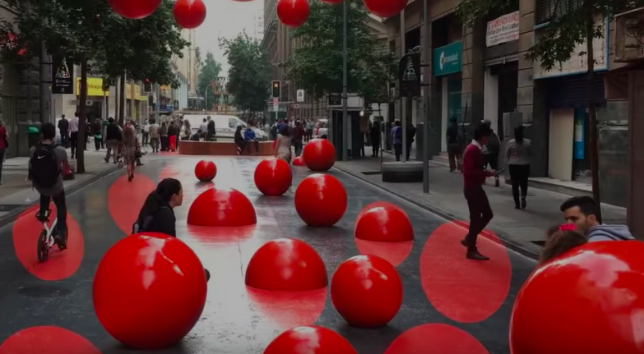 The pedestrianized promenade opened on December 21st, 2017 and was an instant hit, with locals streaming through to gaze at the art, congregate and patronize nearby businesses. It didn’t cost the city any money, since Fernández was able to raise $550,000 in funding from businesses in exchange for exposure of their logos. The biggest feature is a 35,500-square-foot mural painted right onto the asphalt, which extends nearly four blocks. 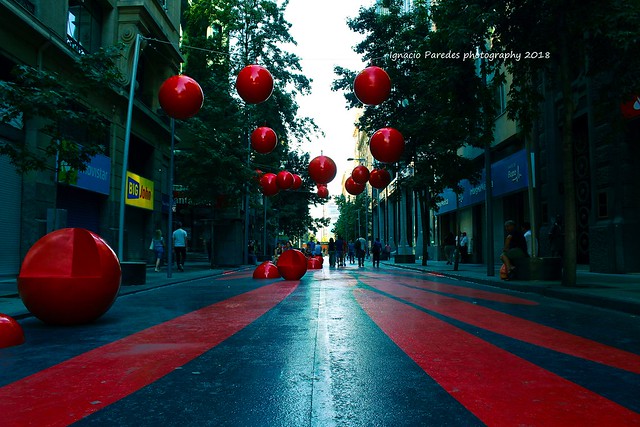 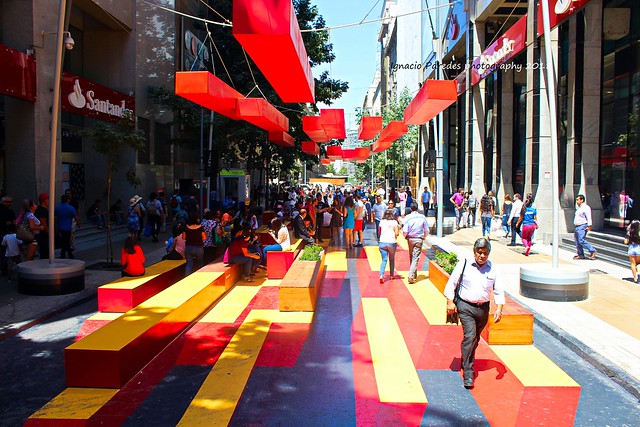 “The first is inspired by the pre-Hispanic history of Chile, and begins at the intersection between Compañía and Bandera streets, where the Museum of Pre-Columbian Art is located; the second reflects the current diversity of the country, triggered by immigration and cultural changes; and the third, between Moneda and Agustinas streets, seeks to portray the future through more modern furniture and stronger colors,” says CityLab in a new feature on the project.

But what happens when construction is complete? The Chilean Ministry of Transport will have to decide whether to open it to cars again. Mayor Felipe Alessandri hopes it will remain a pedestrian route, and says he’d preserve it ‘forever’ if it were up to him.