Funeral homes are mortal, much like their clients. When funeral homes are abandoned, however, they’re left to decay, deteriorate and decompose in public. Built in 1870 during the difficult era of post-Civil War Reconstruction, this example in Opelika, Alabama has long since surrendered to the inexorable march of time. Flickr user Jessica Williams (JessicaNicholex) brings us these images of the former funeral home that, like the neighborhood it still resides in, has seen better days. 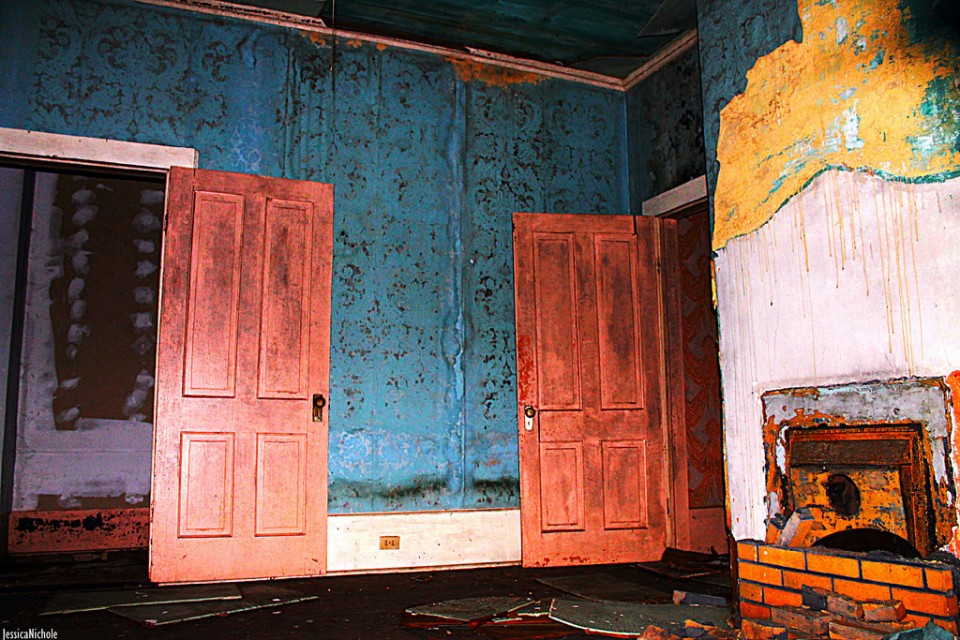 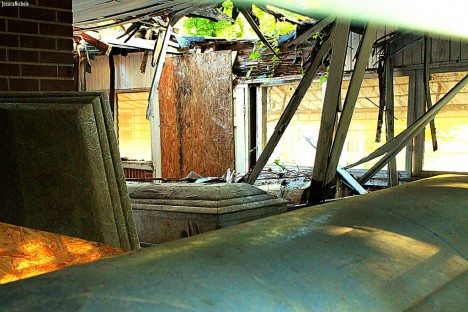 This nameless place (still a business but now located elsewhere, and made anonymous upon request of the business owner) has been abandoned long enough for it to become an eerie urban legend at least. Some Opelika residents claim to have seen haints (haunts, or ghosts in the local parlance) peering through the windows at night. Those brave enough to enter the building itself will find a few caskets in what may have been the business’s showroom. Opening them isn’t recommended… especially to anyone who’s seen a certain scene from Raiders Of The Lost Ark. 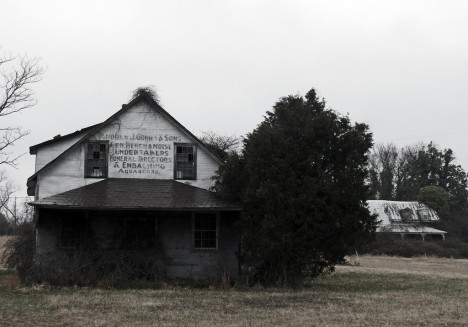 This abandoned “undertakers” establishment can be found in beautiful suburban Aquasco, Maryland – or at least it could be back in mid-March of 2009 when Flickr user ZOOPMON captured it for posterity. Check out the window on the upper left (embiggened view here)… if you weren’t planning on enjoying a sound sleep tonight. 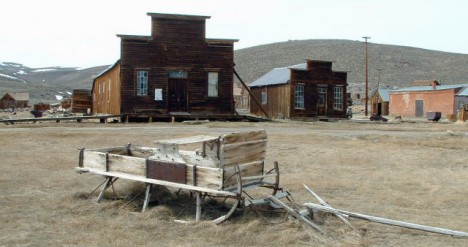 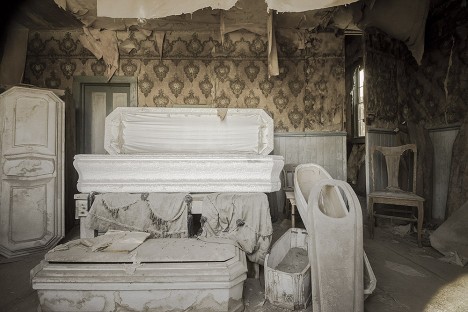 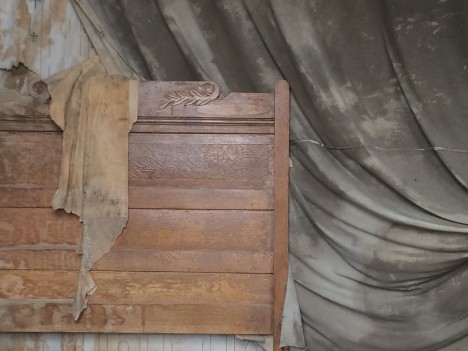 Bodie, a California desert ghost town founded in 1876 and designated a National Historic Landmark in 1961, had a working funeral parlor for much of its history – and like most Wild West mining towns, the resident undertaker had plenty of regular business. The funeral home has deteriorated somewhat since the last few Bodieans abandoned the town but enough remains (pardon the pun) to distinguish it as such. 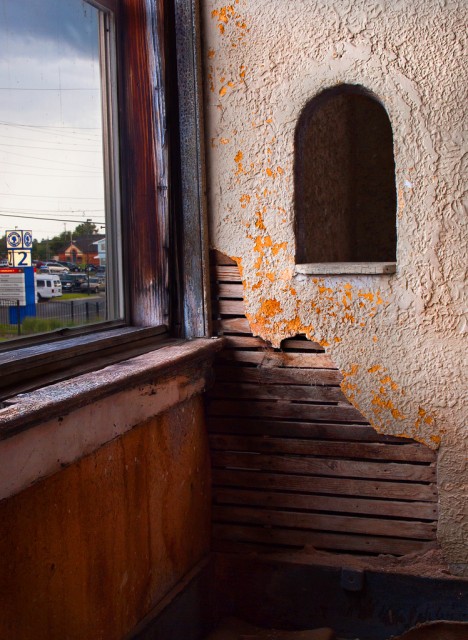 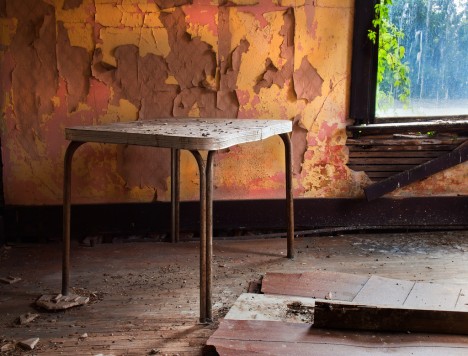 Abandoned funeral homes don’t need to be photographed on gloomy overcast days to bring out their essential creepiness. Just check out these photos of the abandoned Miller’s Funeral Home in Little Rock, Arkansas, snapped by Flickr user Terry Williams (IM2_OCD) on July 25th of 2010. The images cast the business’s decay in gritty focus while bringing out the essential beauty of the sun-washed subject. Especially poignant is the top photo, contrasting the timeless dereliction indoors with the soulless flyover banality glimpsed through the window.