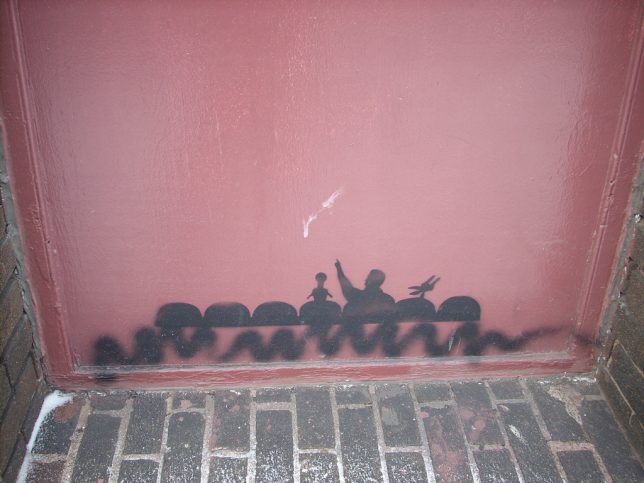 “I guess there are some geeky vandals out there,” stated Flickr member Diego_SC in regards to the MST3K stencil above. The graffiti applied to the side of an apartment building dates from February of 2008 and may or may not be contemporaneous with the wavy black line spray-painted beneath. In yet another curious coincidence, the Joel/Mike silhouette appears to be pointing out the glancing strike of a bird dropping… a perfect example of life imitating art. 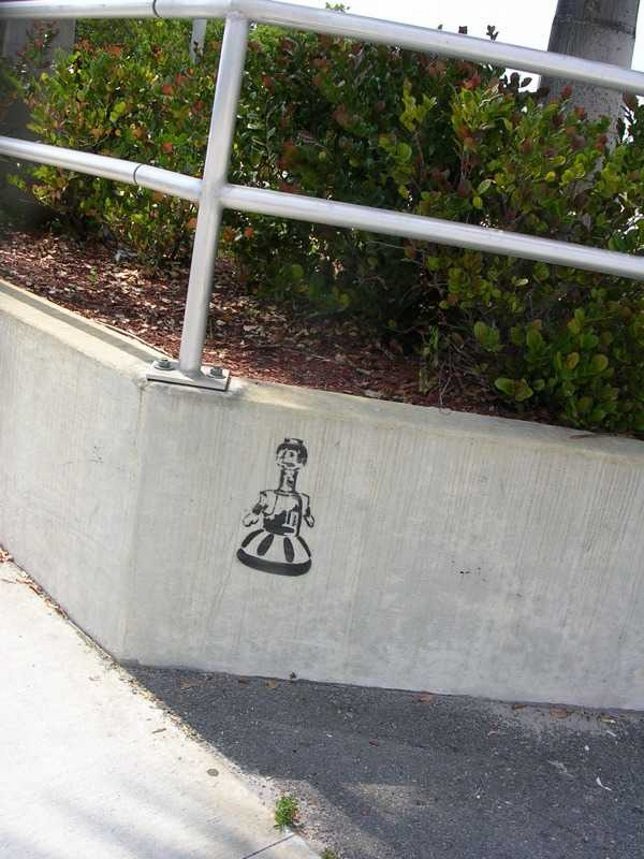 Tom Servo, the robot voiced by Kevin Murphy in seasons 2 through 10, was an integral part of the MST3K cast and struck a chord with the show’s fans – Servo’d-up cosplayers are regularly spied at ComicCon. 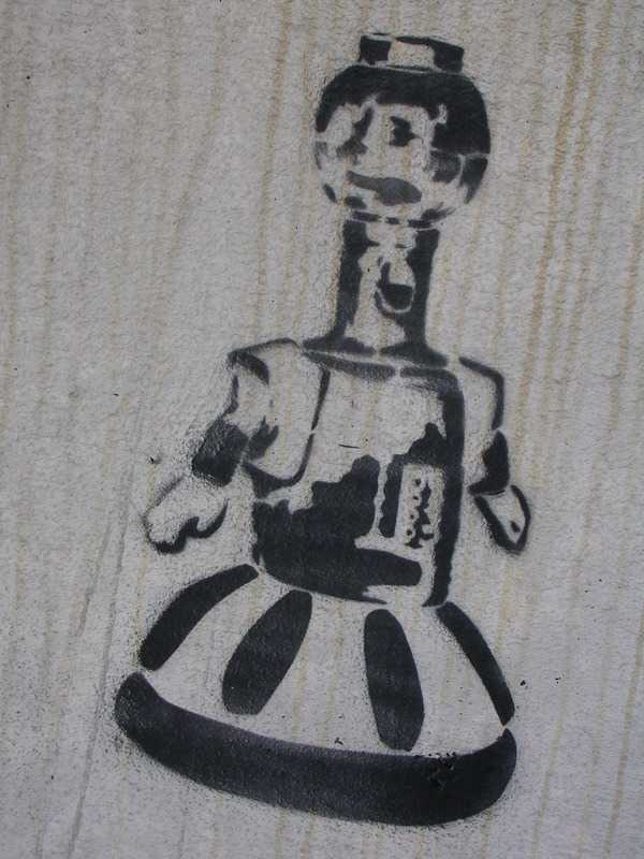 The above stencil of the springy-armed, gum-machine-headed ‘bot was snapped by Flickr member zagouti in late May of 2004 “on a K-mart parking lot wall in Palm Beach Gardens, FL”. What a cool guy!

When I Crow Up 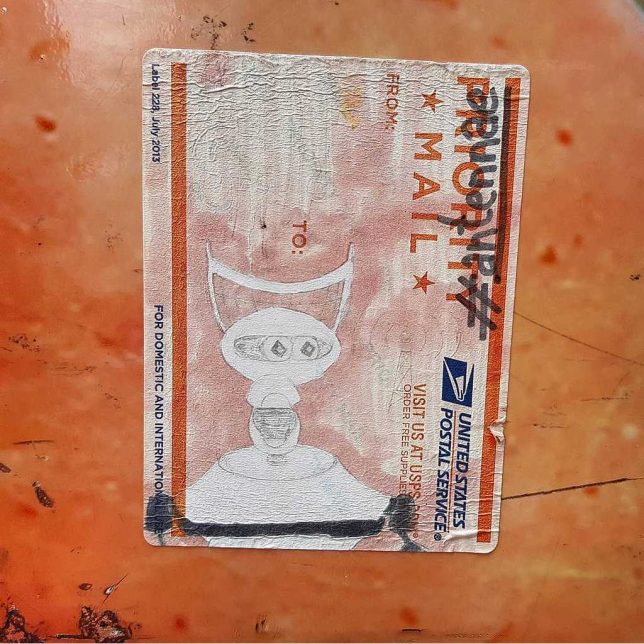 There’s graffiti, there are stickers, and… there’s this, apparently the bastard lovechild of the two. It’s impossible explain the hows, whys or whats behind this former USPS Priority Mail adhesive label modified with a white-outed drawing of Crow T. Robot and plastered onto an orange wall… likely Amazon was involved. Flickr member Reid Harris Cooper captured this unusual and dare we say, mystifying example of street art in January of 2016. Wisecracker!