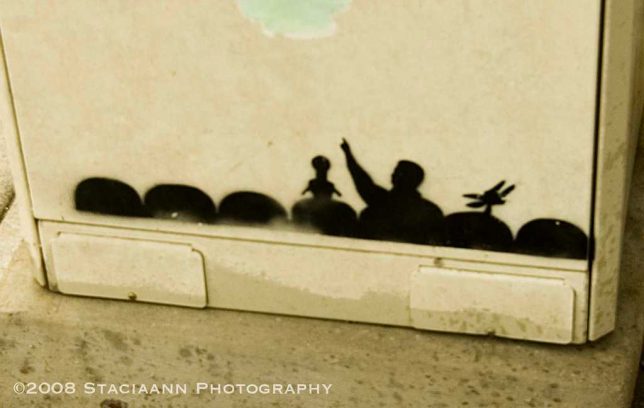 Mystery Science Theater 3000 originated in Minneapolis so it’s no surprise many of the street art celebrations of the show can be found in the left (or right, depending on your POV) Twin City. Here we have a standard MST3K silhouette stencil an anonymous street artiste applied to the base of an outdoor electrical control cabinet at the corner of Franklin & Nicollet streets. 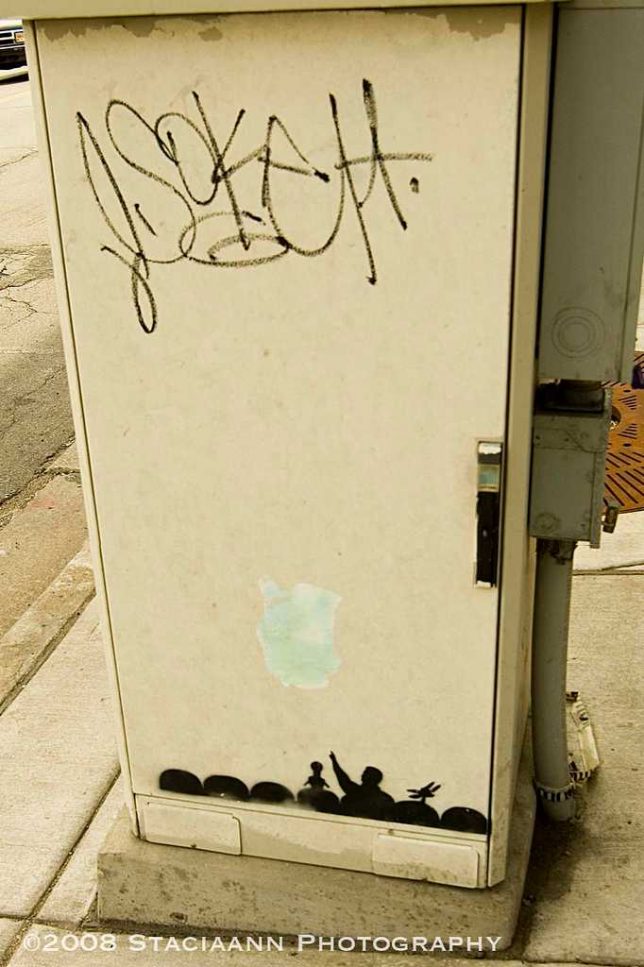 That sickly green blotchy thing heading straight for us, could it be… the face of Dr. Forrester? Flickr member Stacy Schwartz (Staciaann Photography) captured this quintessential Minneapolitan melange posted in front of a CVS store in the summer of 2008.

In The Not Too Distant… Past 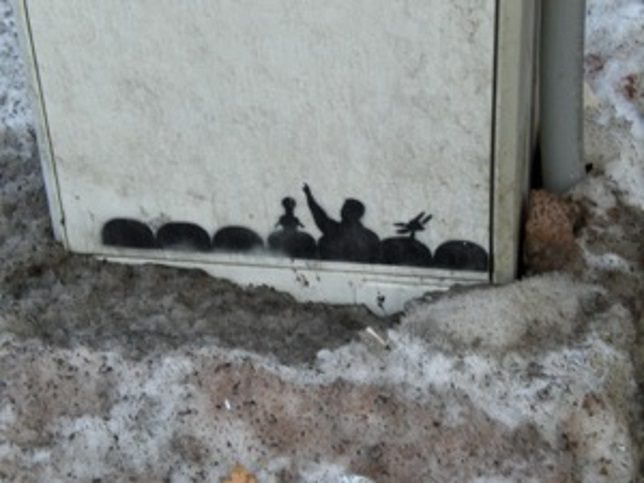 Feelin’ Minnesota, y’all? Snow and MST3K will do it every time. Flickr member Shannon Anthony (small tales) snapped the street-side silhouette stencil (with bonus cigarette butt) about six months before Stacy Schwartz stumbled upon it. 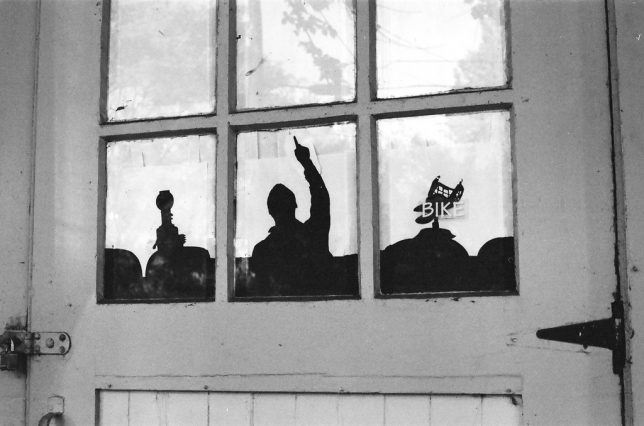 MST3K’s old mantra “Keep circulating the tapes” might sound a tad archaic these days… what are these “tapes” we speak of? You can’t deny it worked, though. Joel Hodgson’s low-budget brainchild rocketed its way into the national psyche, even if it took most of the Nineties to get there. 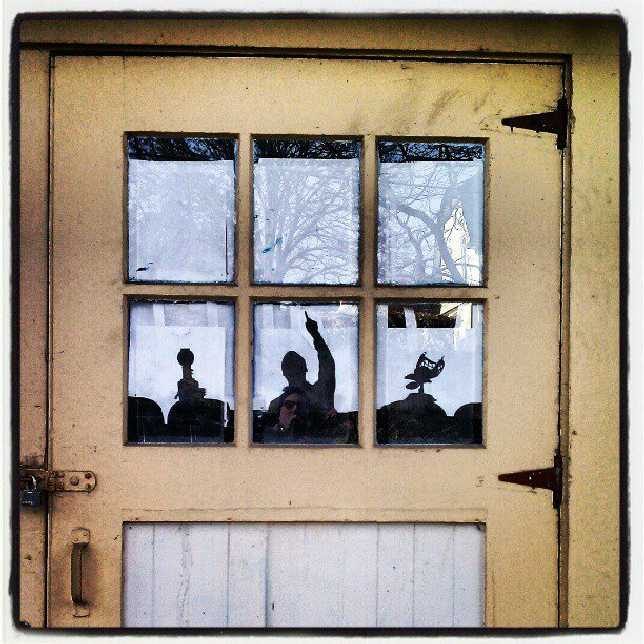 Thanks to the coast-to-coast reach of television, VCRs, and (eventually) the internet, the show found fans in places as far afield as Portland… we’re not sure if it’s Oregon or Maine but that’s besides the point. Flickr members intersubjectiv and John Keel were drawn to the above stencil applied to a Portland garage door in February of 2011 and April of 2012, respectively. 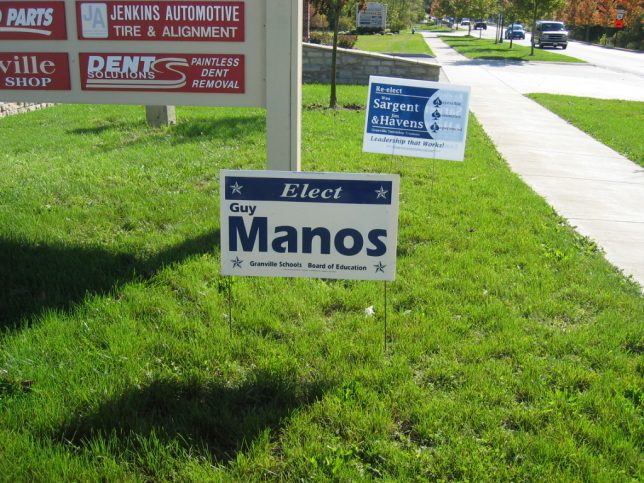 Ahh, those Nifty Nineties, when presidential scandals actually resulted in impeachment and “Clinton” was on the tips of everyone’s tongues… hmm, poor choice of words, perhaps. In any case, it might be said that the more things change, the more they stay the same. What does the future hold, then? Well, politics these days are more like a surreal TV show than ever before so we can probably expect that trend to continue. Vote early and often, folks… and choose your “Master” wisely.