Like that iconic scene in the original Planet of the Apes film, these artists have displaced great works of architecture in time and space to see what each museum might look like after the end of days, relocated in ominous environments and recast in black and white. 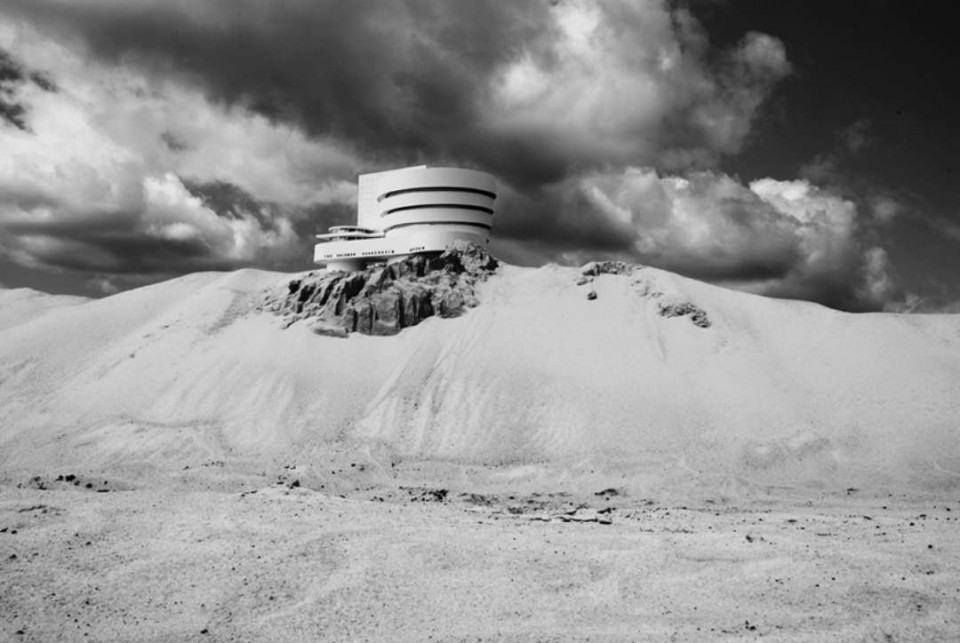 Ukrainian photographers Vitaliy and Elena Vasilieva use surrealistic landscapes as the backdrop for these imaginative transformations, picturing structures like the Guggenheim in a sand-strewn context that looks like anything but modern-day Manhattan as we know it. 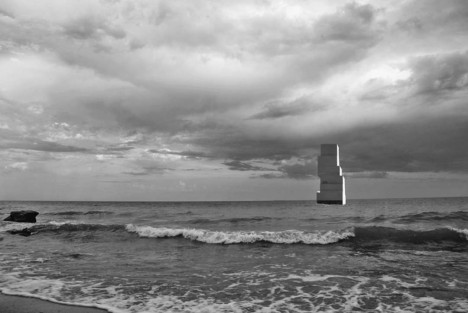 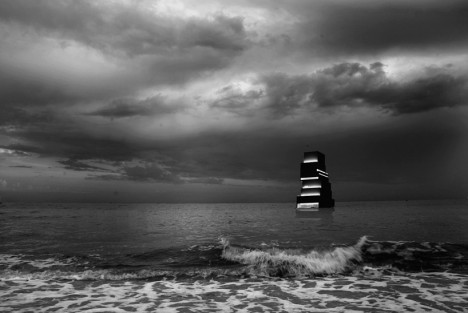 The New Museum is seen rising up from post-armageddon floodwaters, presumably after rising sees wash away the rest of New York City. 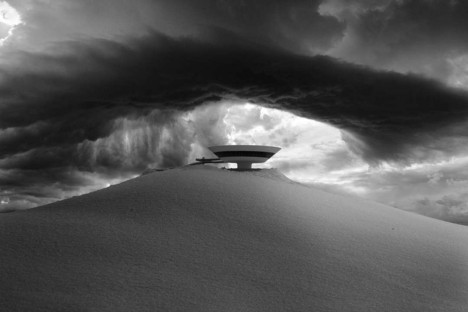 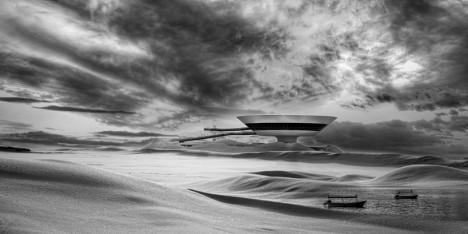 The Niteroi Museum is perched precariously on a mound of snow, everything else perhaps buried in the frozen wastes around it. 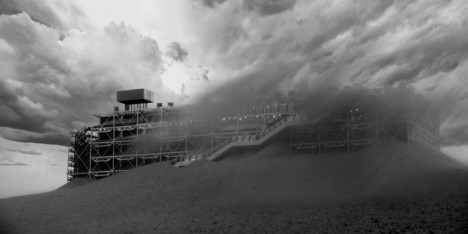 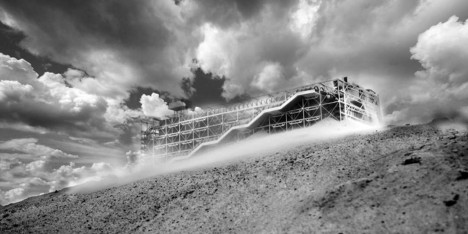 The Pompidou Center is set in a swirling dust storm, Paris long vanished and its inside-out appearance making it look all the more like a remnant than a finished structure. 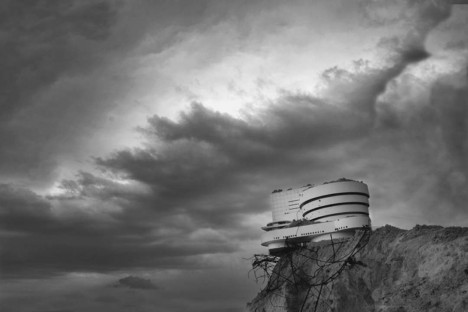 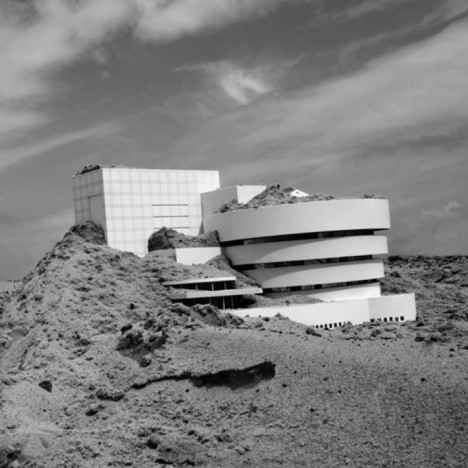 When the dust settles, the smoke clears and the world freezes over, what if only our artistic institutions were left? From the creators of the series: “It is difficult to escape the feeling that ‘Apocalypse in Art’ really shows the world, standing on the edge, barren, falling in decay like a story line of a picture that is breaking into fragments.”