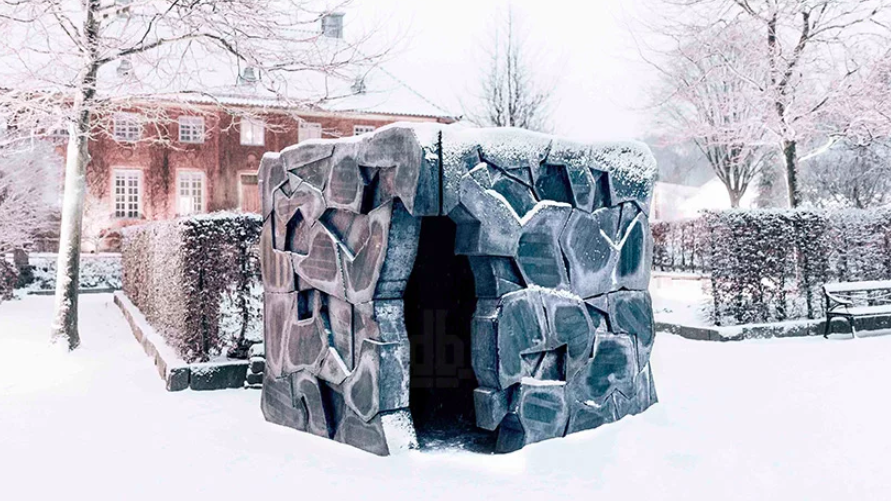 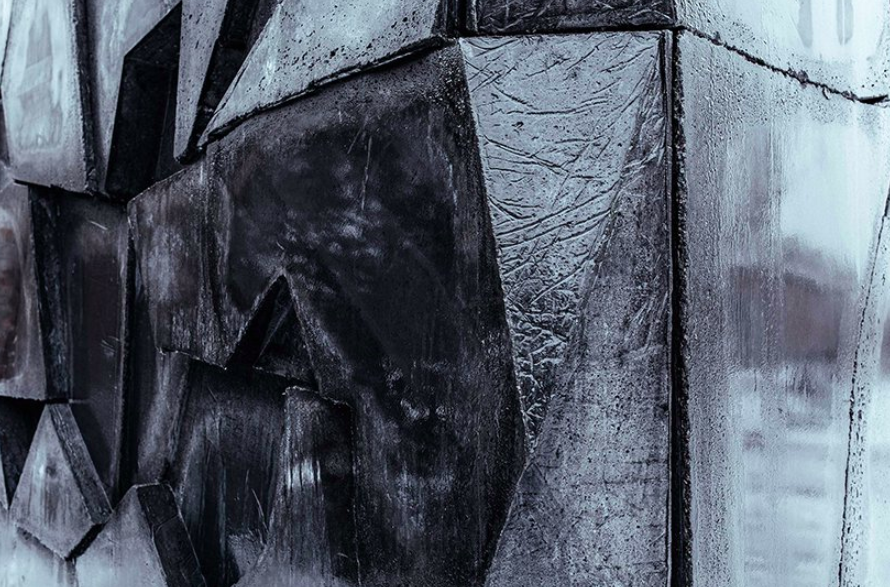 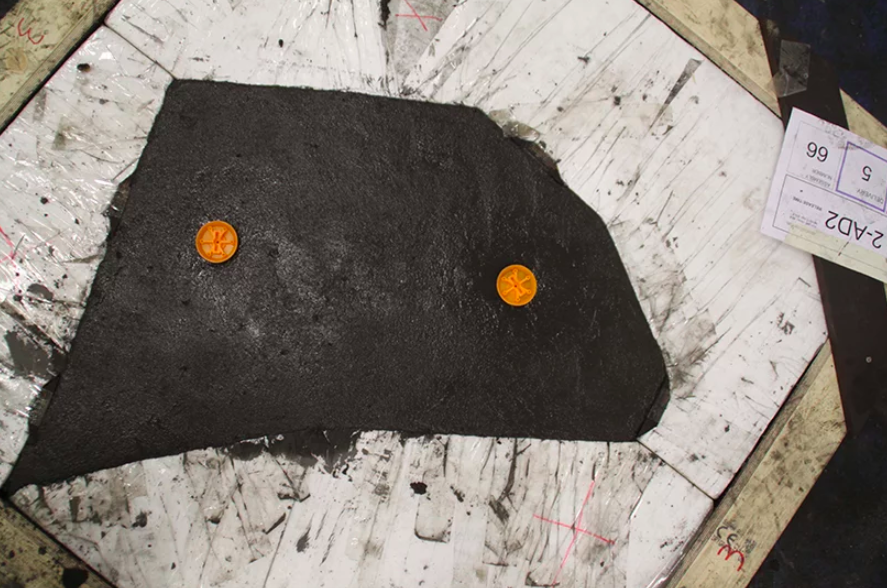 Raw concrete bricks in irregular shapes mimic the rocky areas of Gothenburg, Sweden and recall the city’s rock walls in this project by Masters of Architecture students at Chalmers University of Technology. Named ‘The Crack,’ the kiosk is more sculptural in nature than a lot of concrete architectural projects. Hand-forming each of those individual blocks with plywood frames and foam molds is labor-intensive, so the technique may not be a good fit for large buildings, but the technique seems full of possibilities for more creative facades, and the organic look of the result is intriguing. 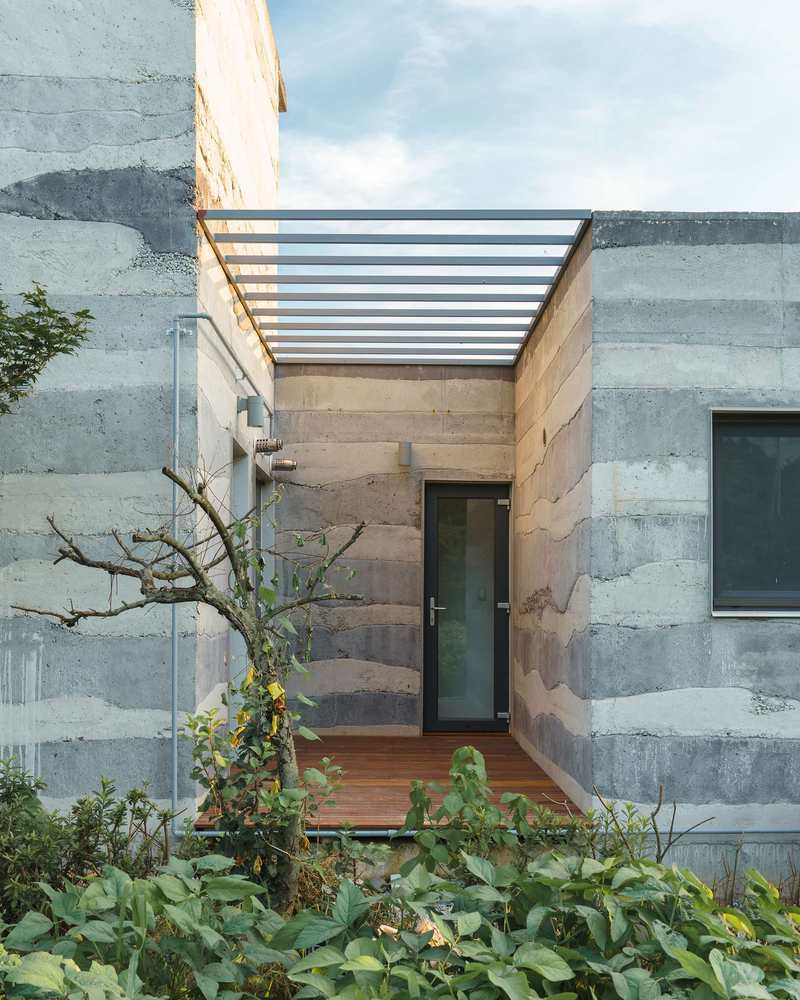 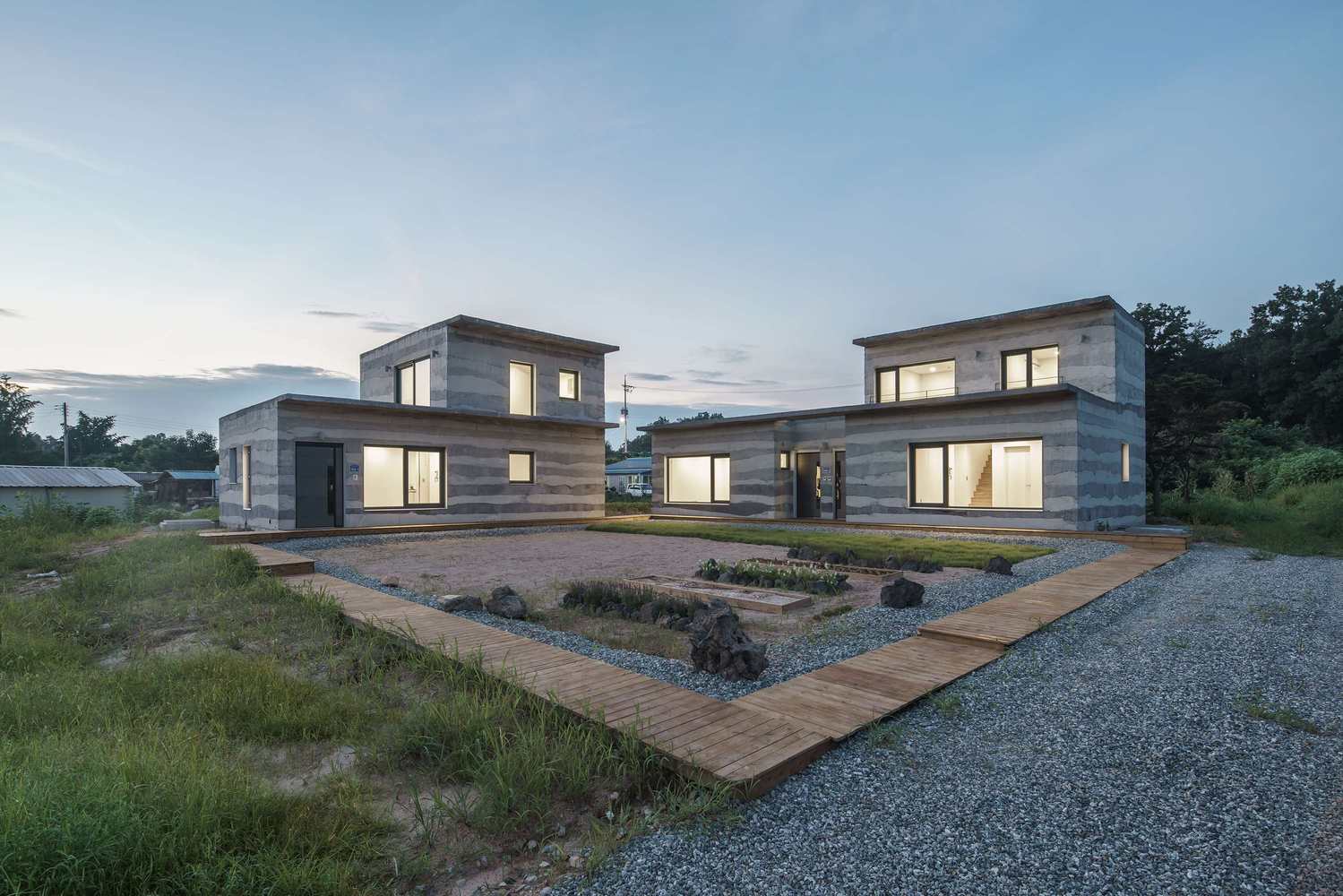 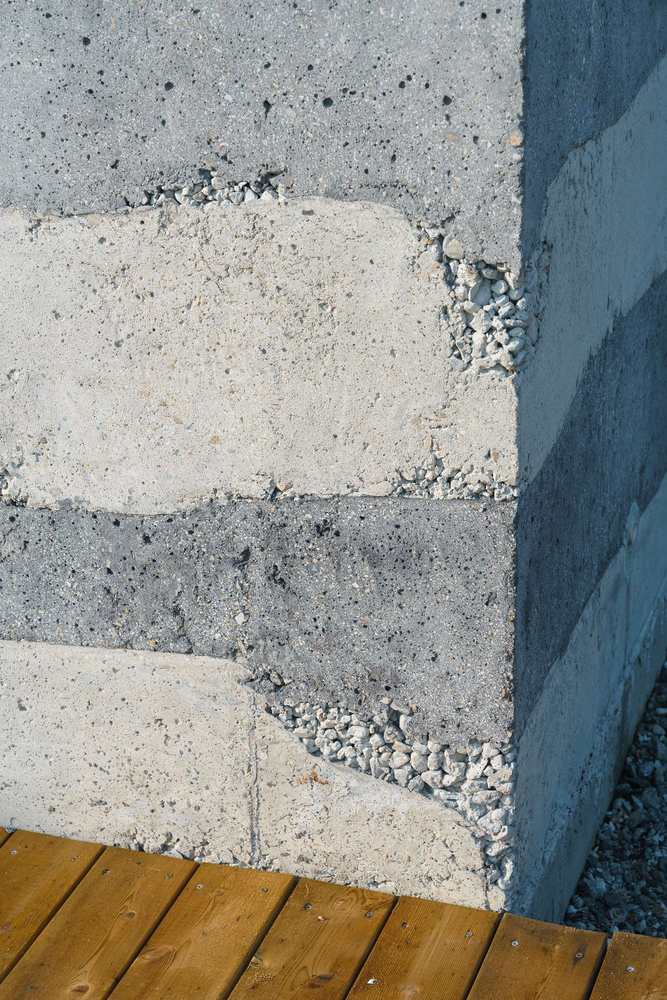 It may look a bit like a layer cake, but the Stratum House by Korean firm stpmj is actually inspired by geologic formations, using a new way of concrete casting to simulate layers of different kinds of rock and sediment. For each layer, they used different water-cement ratios, aggregates and pigments; the more water is added, the more the concrete ‘slumps.’ This results in irregular stripes on the buildings’ exteriors, mimicking the passage of time. 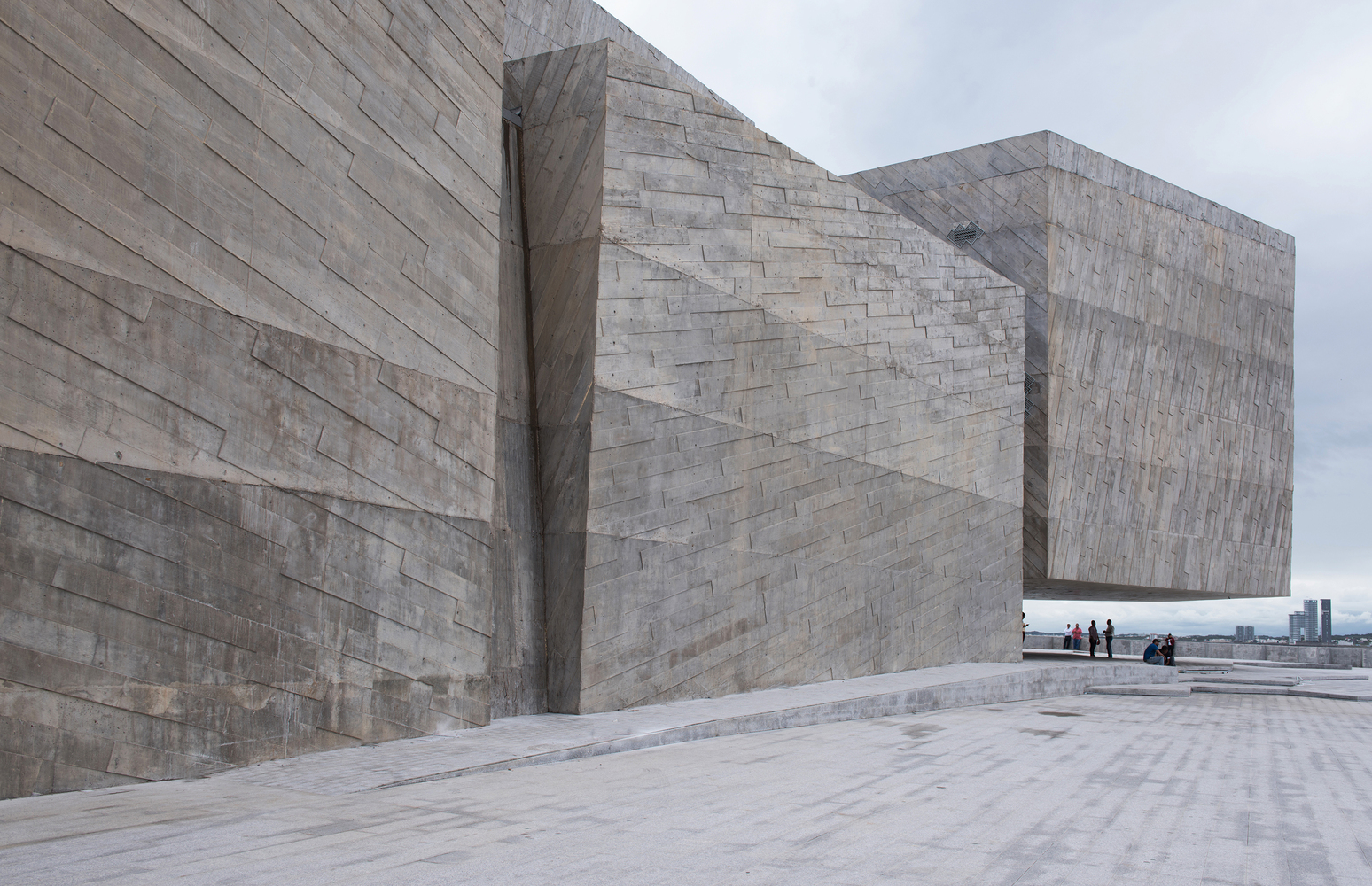 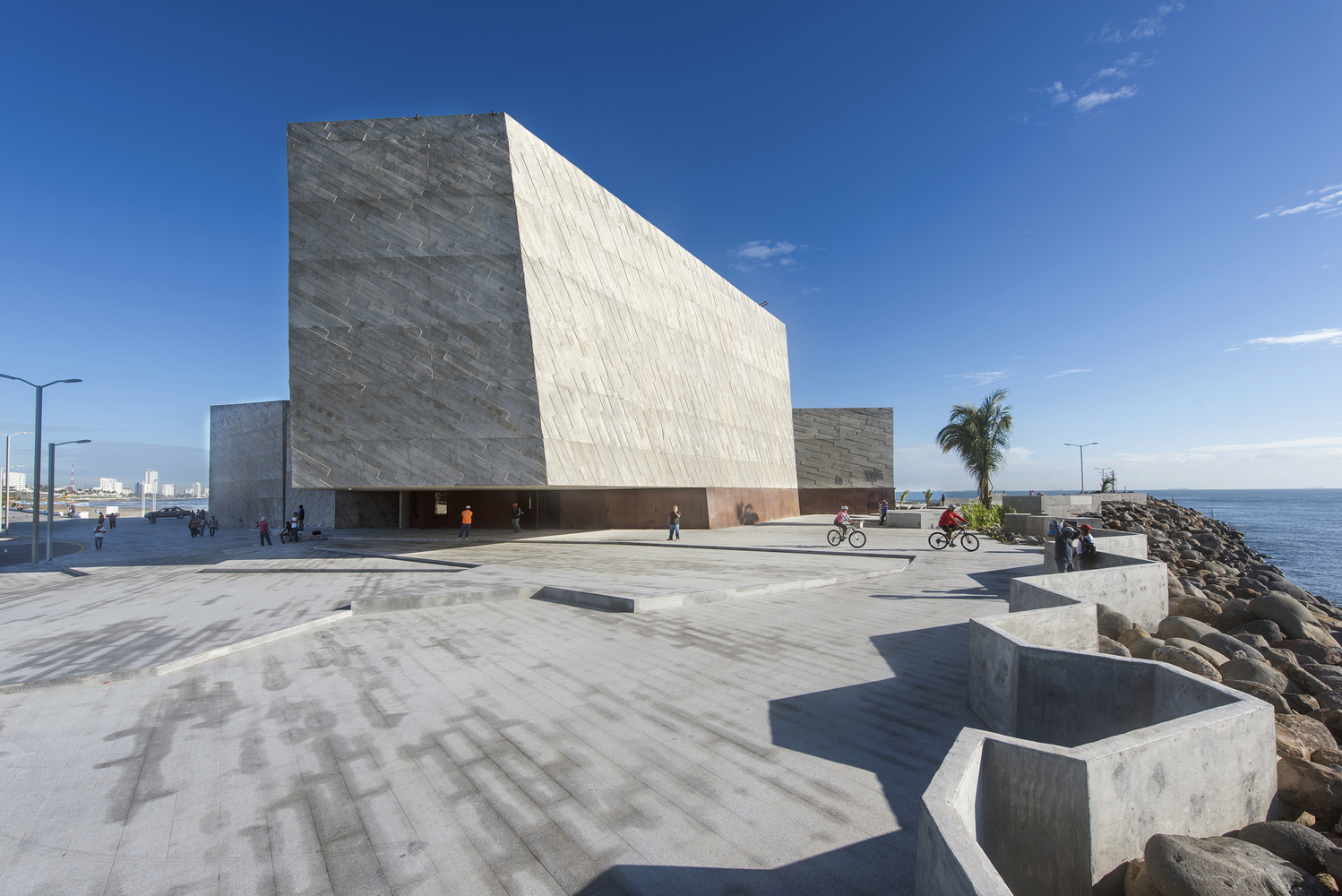 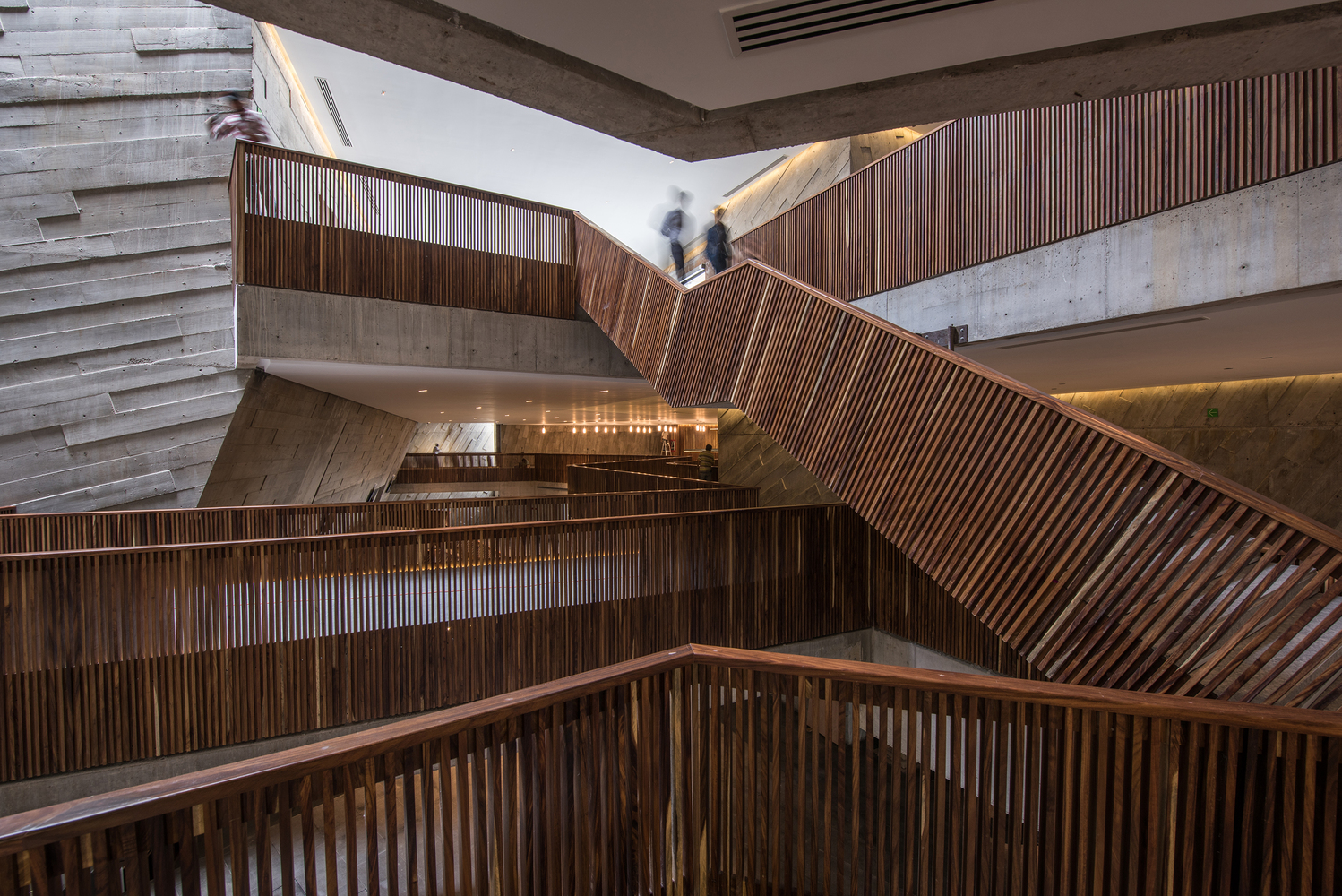 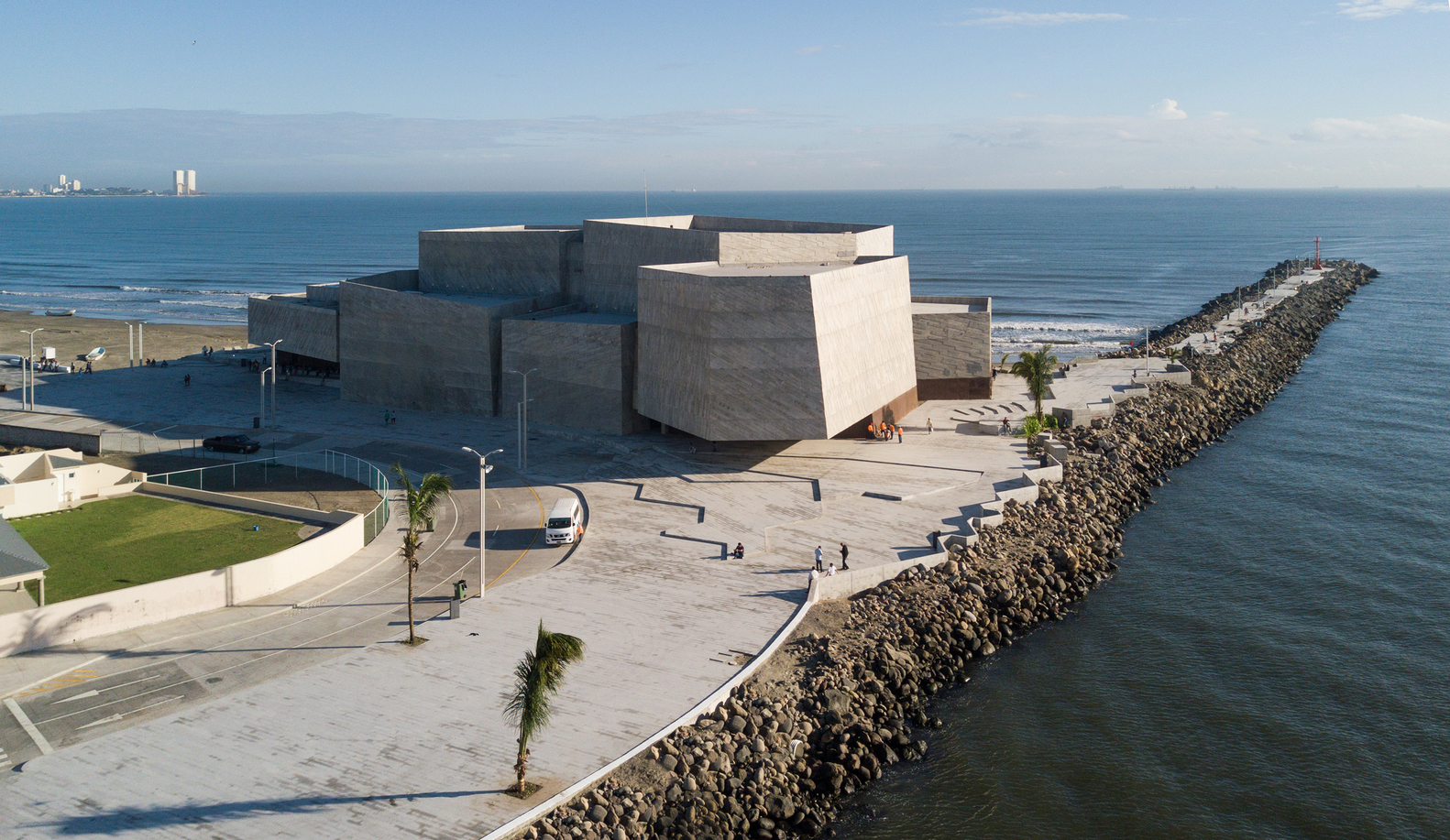 In Boca del Rio, Mexico, the ‘Foro Boca’ building by Rojkind Arquitectos is part of a complex of cultural centers reviving a deteriorated urban area in the estuary of the river. The architects wanted to create a structure that speaks to the dynamics of the location, the building’s purpose as an ‘urban detonator’ that can help incite modernity in the area, and its natural surroundings. “The building appropriates the timeless expression of the concrete cubes formed by rip raps in the breakwater, assimilating them as its origin and re-interpreting them in a building made of apparent concrete, forming various areas of volume that contain the concert hall,” they explain. The diagonal lines cutting across the facades of the offset volumes recall the way wind and water carves stone in nature. 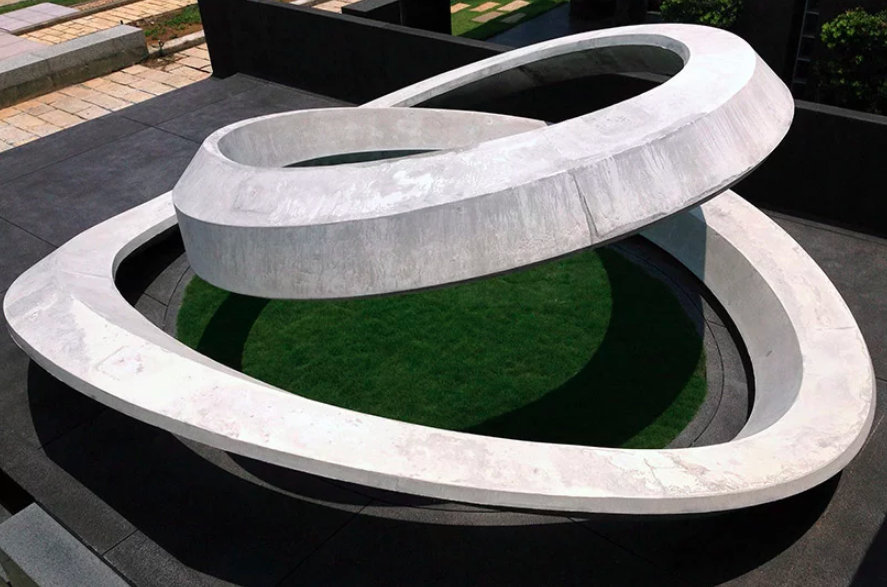 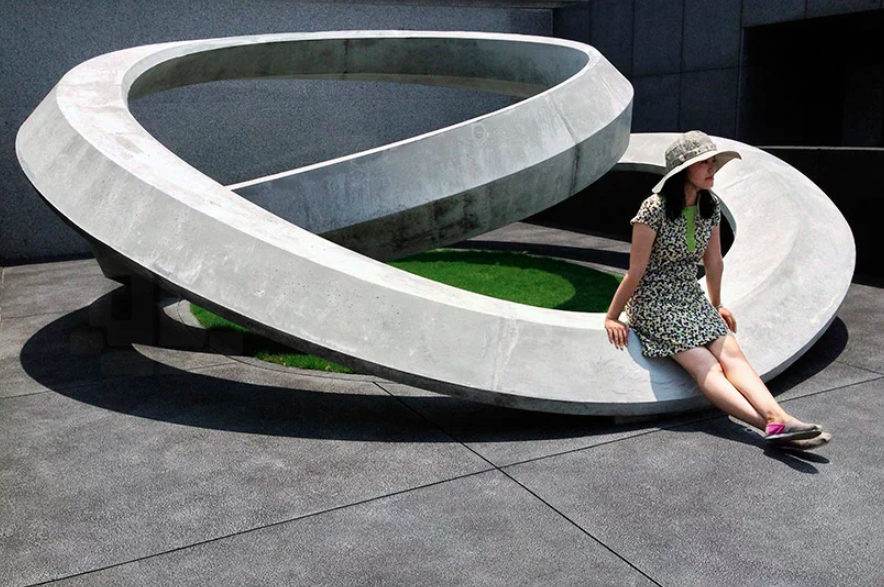 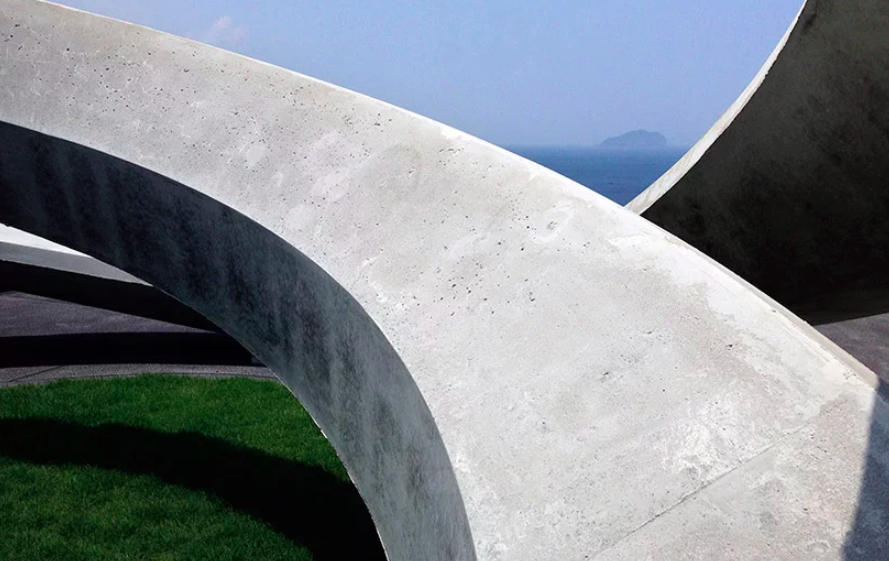 Though it’s a memorial sculpture rather than a building, Hung-Yin Yen’s ‘Mother and Child’ in Taipei City is a beautiful representation of the lightness that can be achieved in concrete. Forming one continuous loop, the memorial almost seems to float. The artist made a full-scale polystyrene foam model to create the fiber-reinforced polymer concrete formwork; concrete was poured in around a core alloy loop to give it structural security. “As this never-ending geometry implies, life in the vast universe is endless, this journey has neither a beginning nor an end,” says Yen. 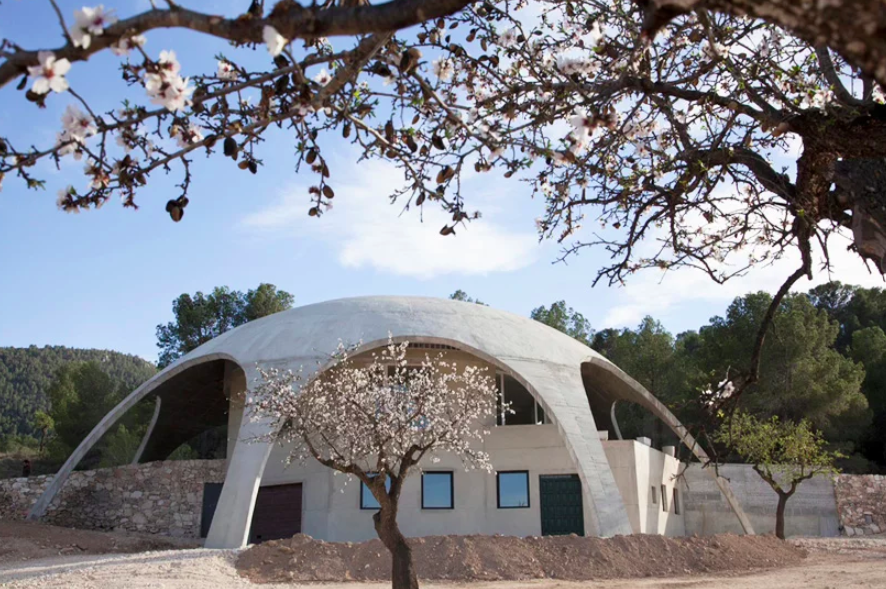 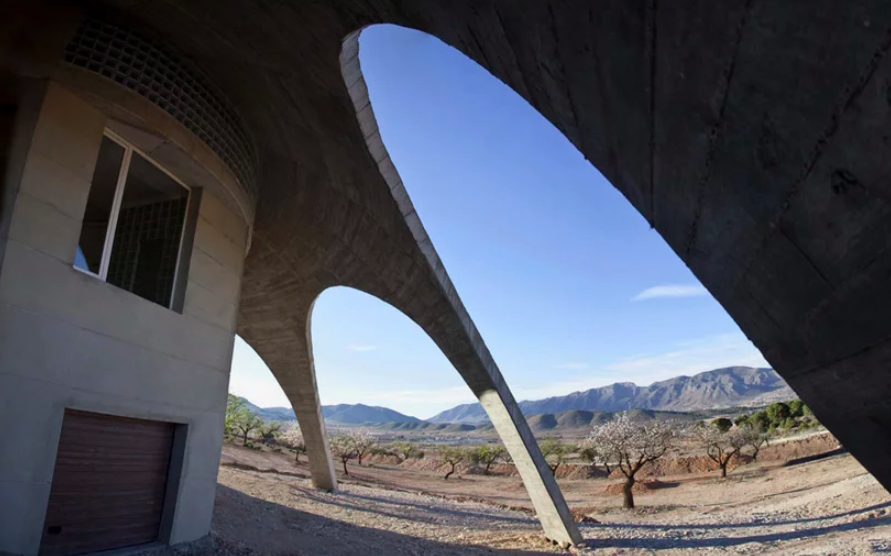 Looking like a stretched textile, the thin concrete dome over ‘Deep Cavern Studio’ by Claudio Hebberecht provides protection from the sun while echoing the surrounding hills in Spain. Acting as a workplace for a local artist, the structure features eight ‘arms’ stretching down to the ground around a central volume, allowing natural light to penetrate the space in between them. The design seems ripe for reproduction in hot countries.