Surely a contender for the title of ‘World’s Most Beautiful Skatepark,’ this stunning urban park project by Constructo Skatepark Architecture incorporates design elements abstracted from an adjacent 17th-century fortress. Set in Luxembourg’s Peitruss Valley at the foot of the old Vauban fortification that encircles the old city, the Luxembourg City Skatepark pays tribute to the region’s heritage while creating an awesome gathering spot for locals. 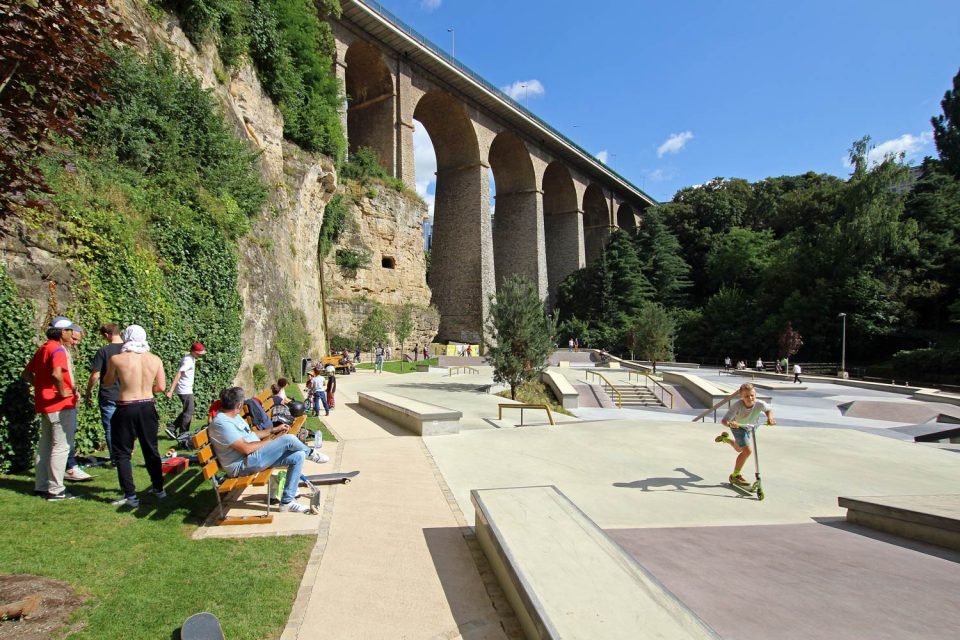 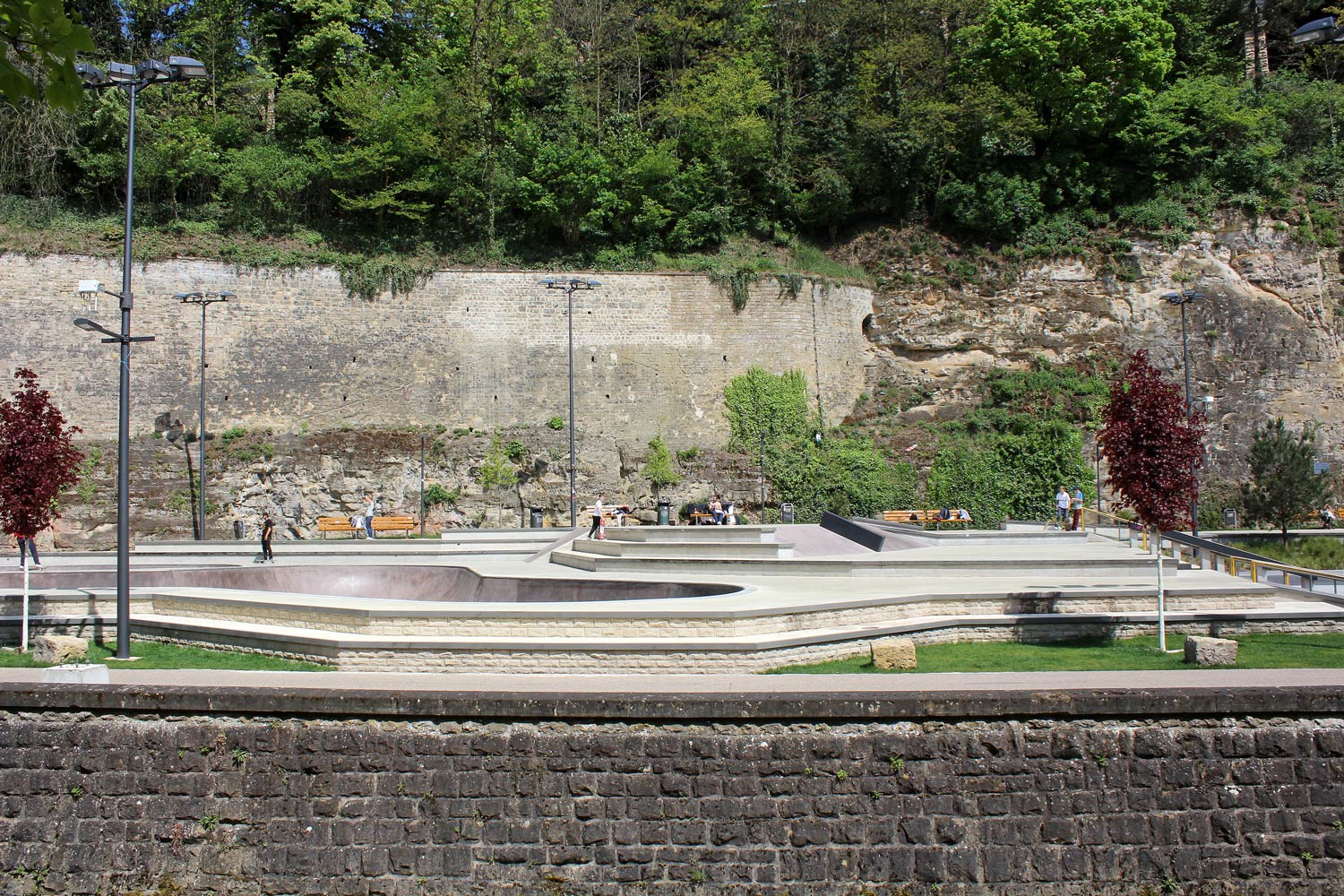 Measuring nearly 30,000 square feet, the skatepark adds a series of ramps, bowls, stairs and a plaza to a popular green space full of pathways, playgrounds, picnic areas and other recreational hotspots. 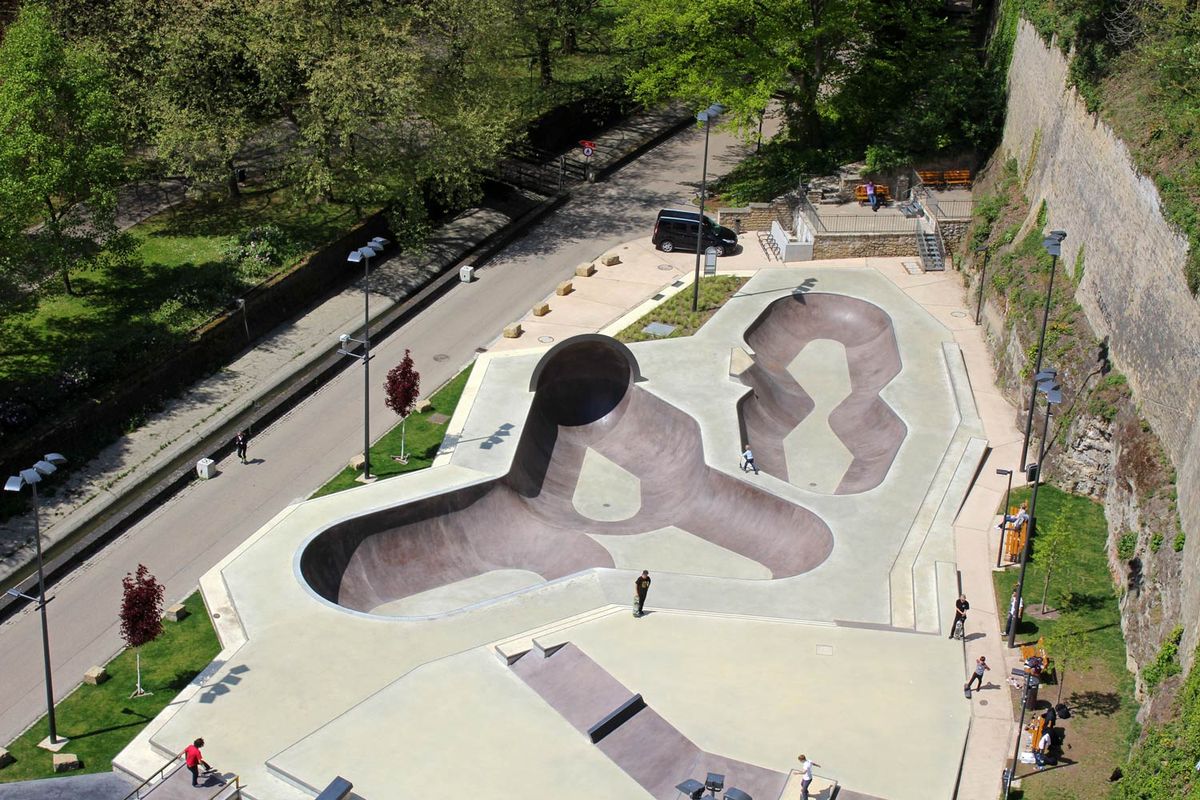 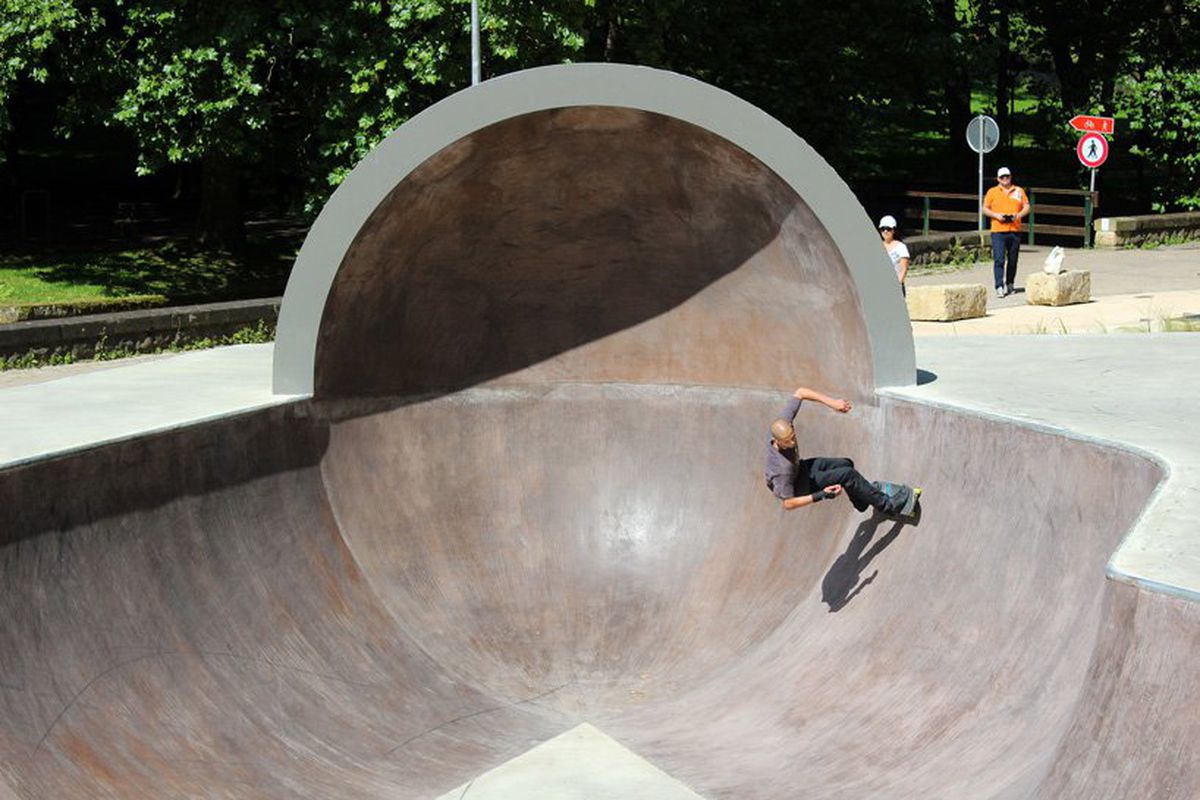 Luxembourg publication Delano reports that on its opening day, the skatepark could almost have been mistaken for Venice Beach. Professional athletes swooped in to demonstrate their skateboard, BMX and scooter skills in front of a crowd of local skaters and other residents. The park is designed for use in a variety of sports at all ages and skill levels, including kids. It’s the only skatepark of its size in the country (which is one of Europe’s smallest at 999 square miles.) 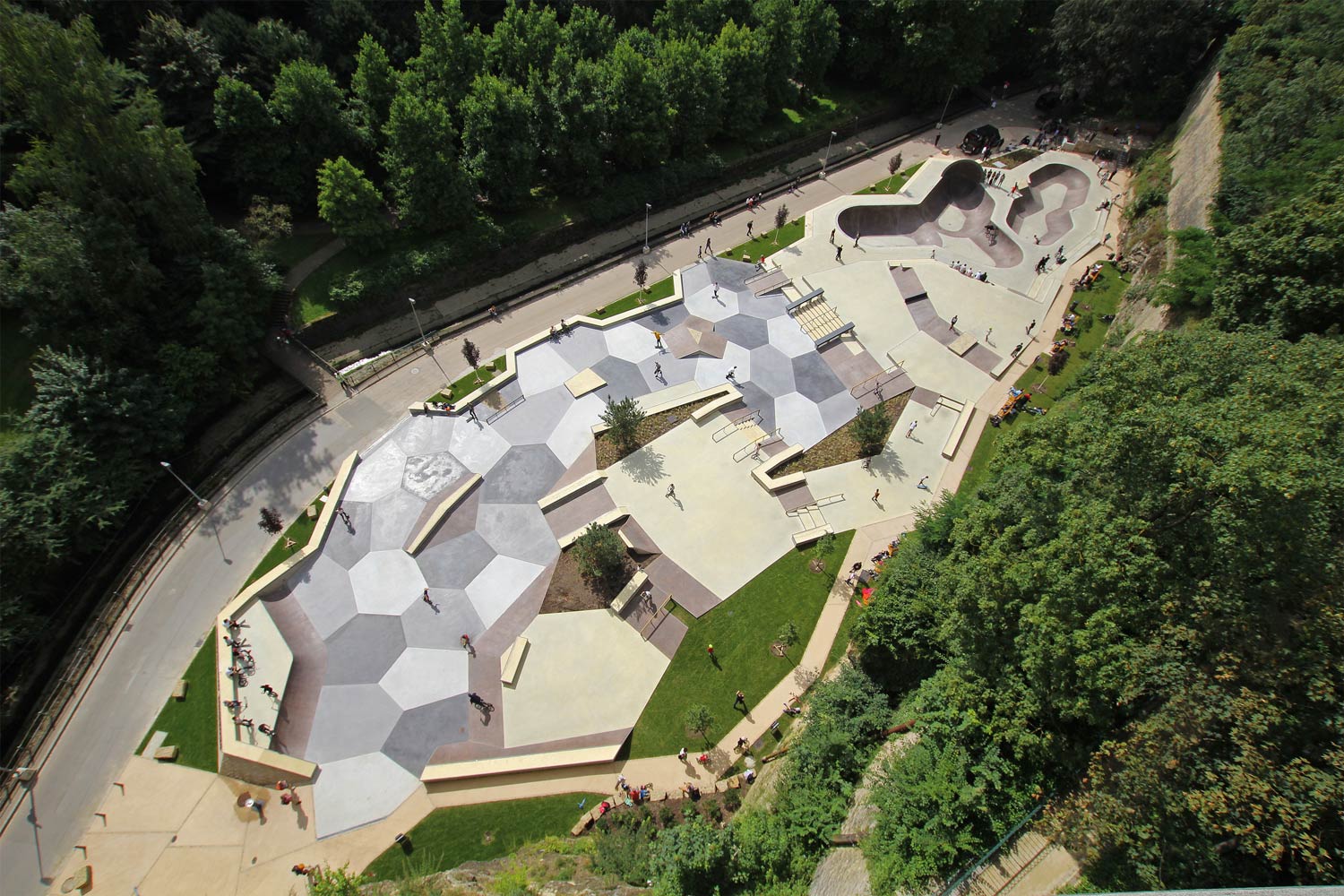 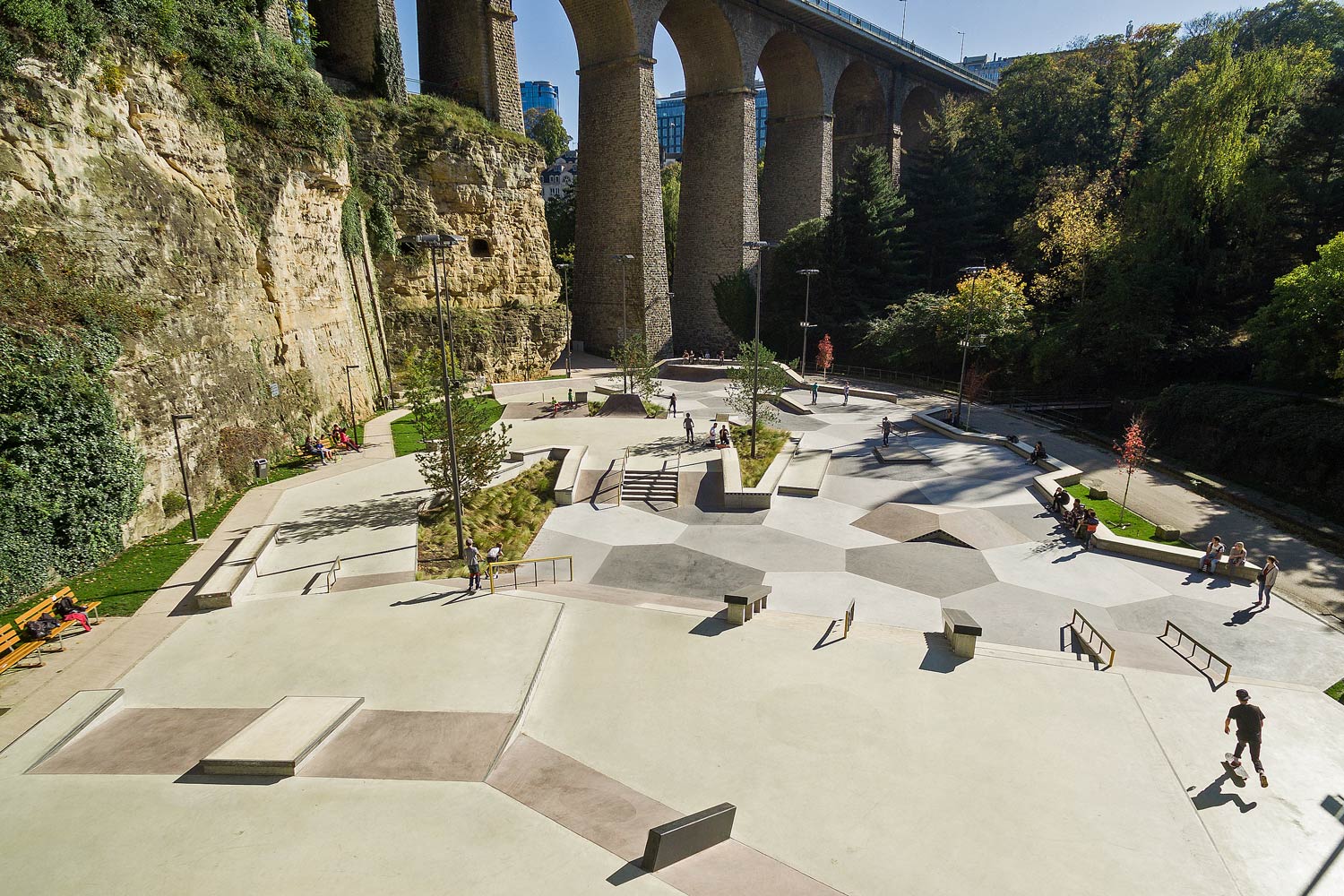 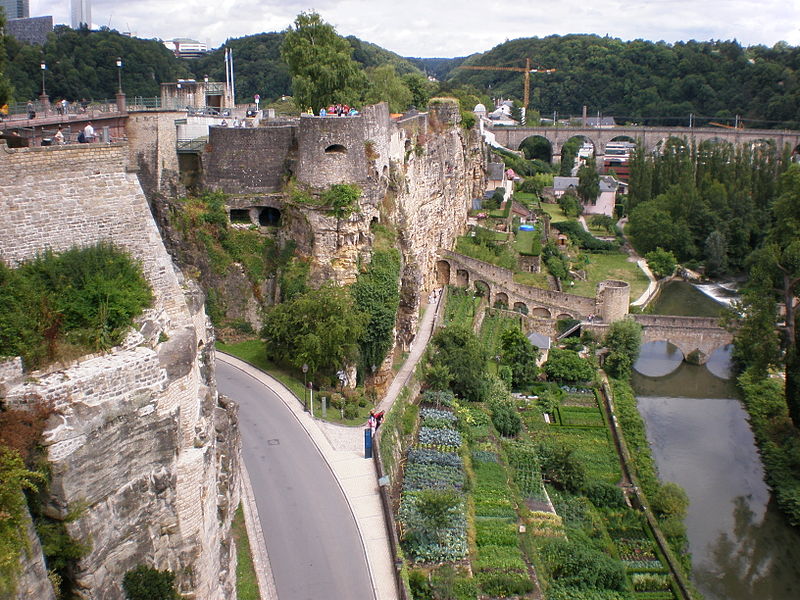 Expanded under the renowned commander and military engineer Sebastien Le Prestre de Vauban between 1684 and 1688, the fortress was once one of Europe’s most impressive fortifications. Today, much of the original fortress is long gone, but its remains are a designated UNESCO World Heritage Site. Peitruss Valley sits at the base of the fortress (pictured above), acting as a natural border between the Old Town and the New Town.