New York City’s most loathed and celebrated vermin are preserved for posterity in a series of new pothole mosaics by artist Jim Bachor. Inspired by the legendary grit of the city and the bottom-feeding inhabitants that plague its streets, the Vermin of New York series consists of classically styled mosaics depicting dead rats and pigeons, a cockroach and a President. Oh, and Bachor threw in a bouquet of flowers for a little color. 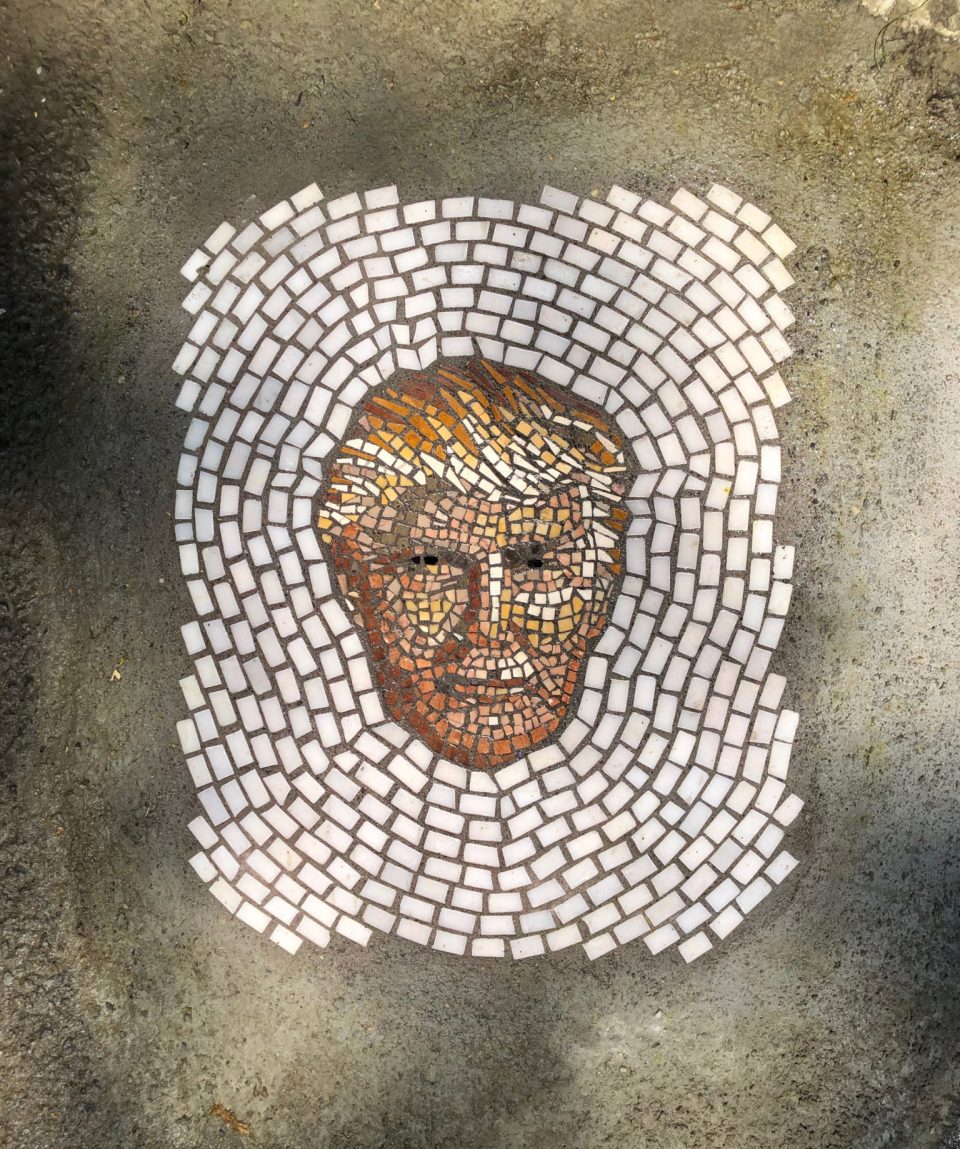 Vermin of New York is just the latest of twelve pothole mosaic series, many of which were installed in Chicago. Interestingly, though most of his pieces have been left as-is (he’s doing a public service, after all, filling the potholes for free), the New York City transportation department removed the portrait of Donald Trump (along with the bouquet and the cockroach.) The others seem to still be in place. 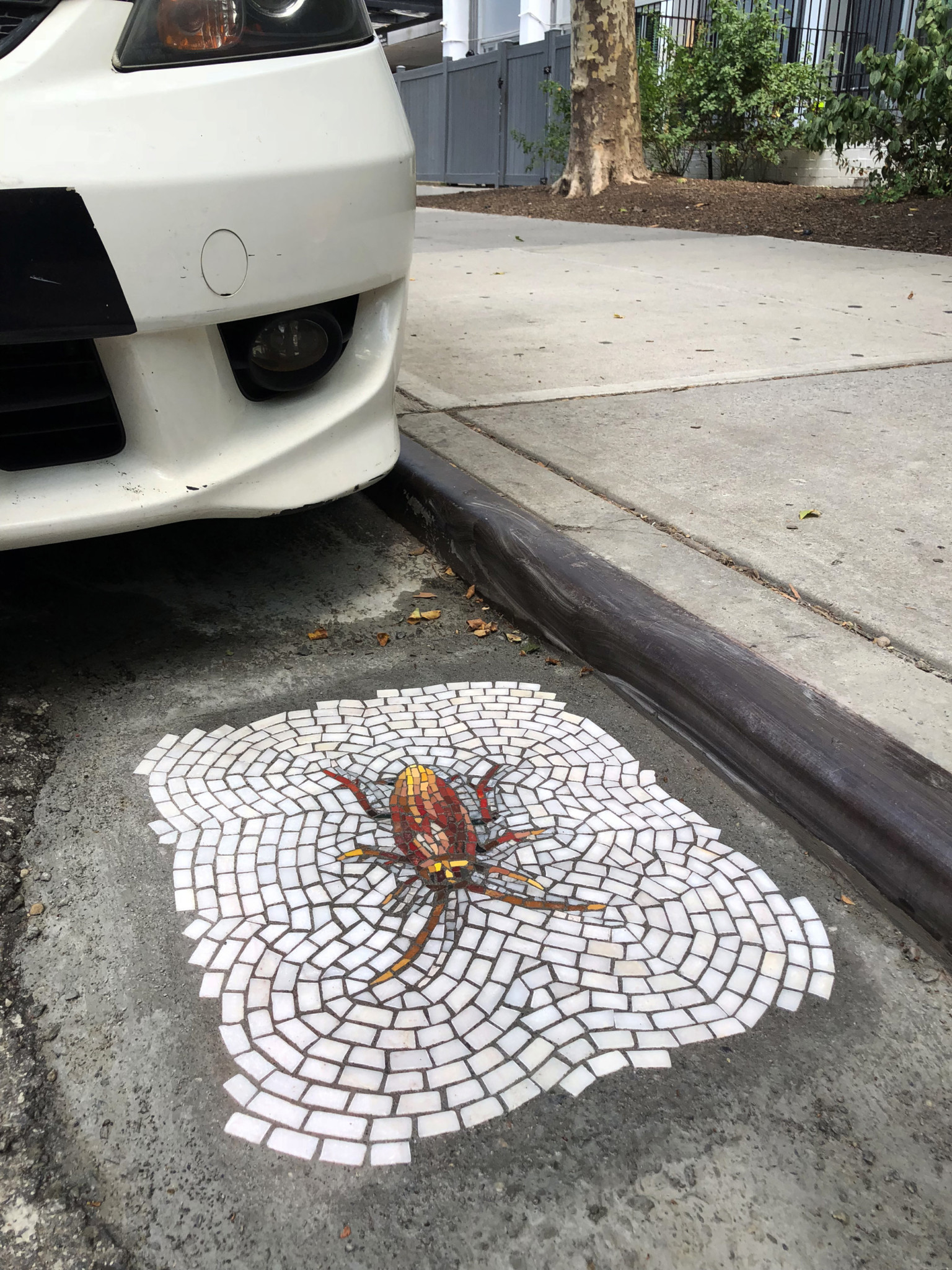 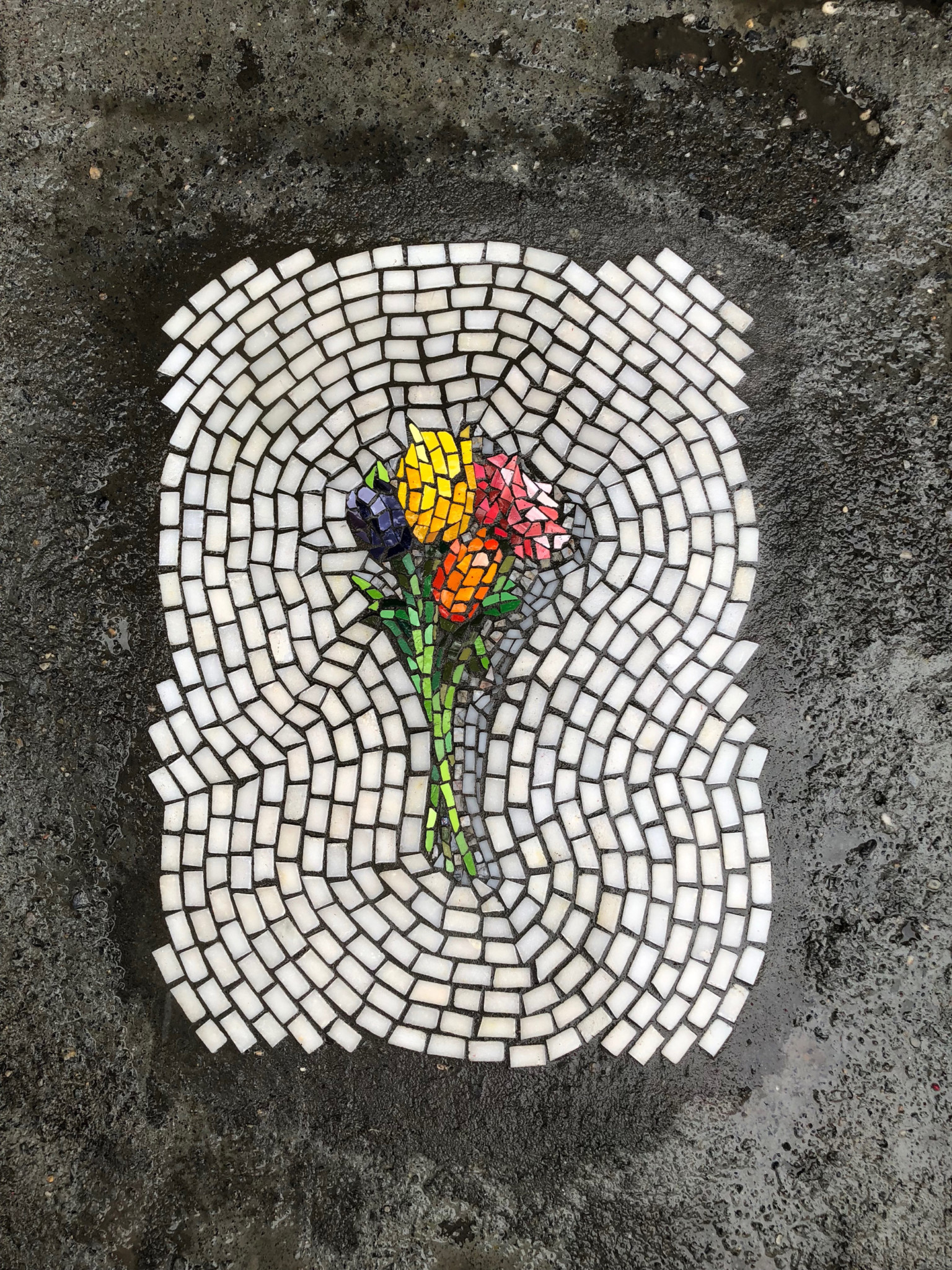 HURRY! New York City’s Department of Transportation wasn’t kidding around. They are going after the “Vermin of New York” series with a vengeance! “Dead Cockroach, “Bouquet” and “Trump” have already been yanked out of the ground! They’re not covered them up but actually extracting them out of the street. I’ve done 67 installs around the country (and Finland and Italy) and something like this has never happened before. I think this ends my practice of giving away the exact locations of new work. Check out “Dead Rat” and “Dead Pigeon” while you can. I think cars being parked over them has saved these pieces for now. An unexpected drag for sure but that’s what you get for playin’ in the street. •••••• #bachor #jimbachor #potholeart #NYCpotholeart #verminofnewyork

Bachor uses the same methods, tools and materials as the archaic craftspeople responsible for mosaics that have persevered through thousands of years of rapidly changing human civilizations. The artist says he enjoys the process of connecting this ancient art to modern-day subjects. 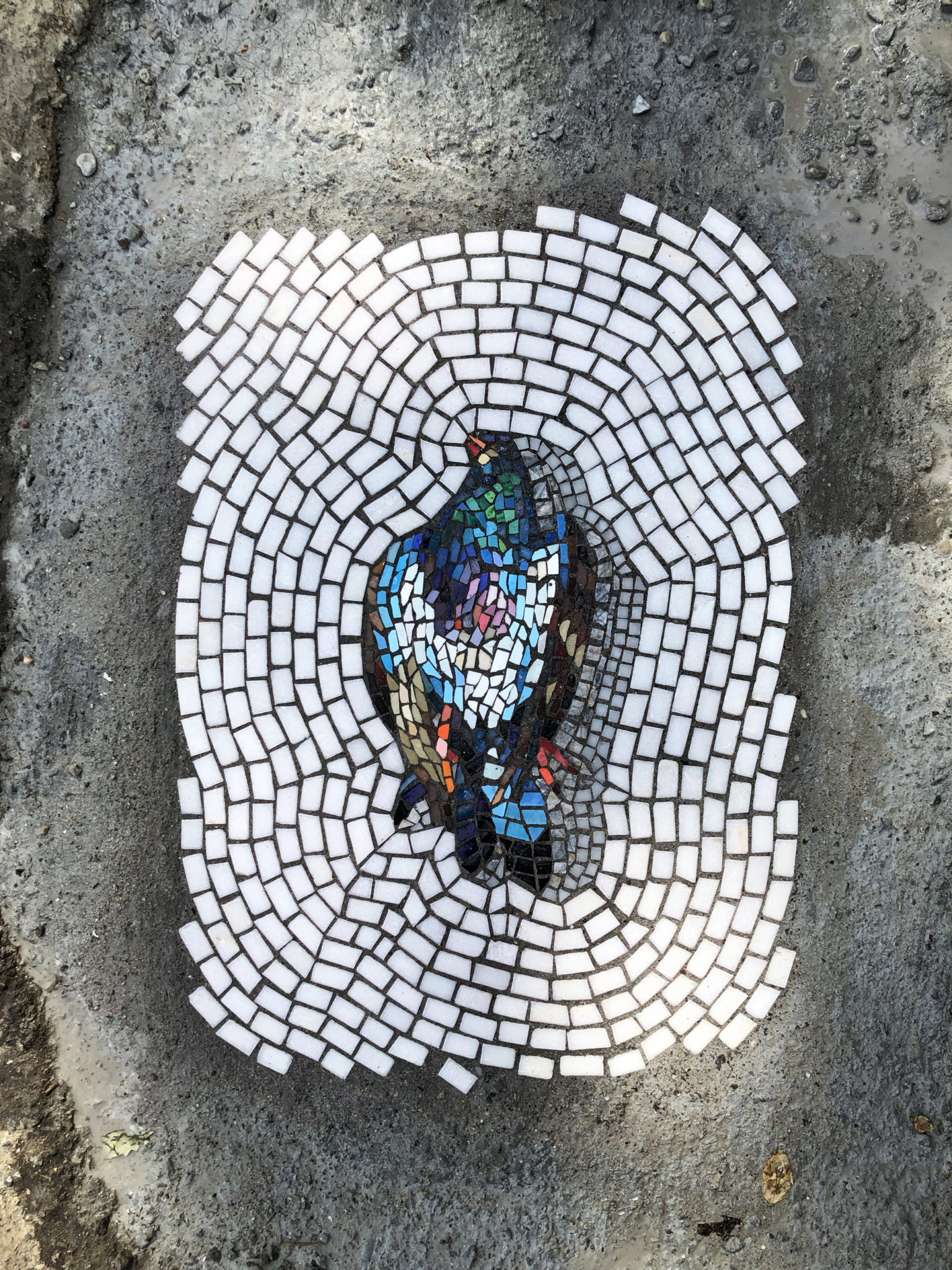 “Trying to leave your mark in this world fascinates me. Ancient history fascinates me. Volunteering to work on an archaeological dig in Pompeii helped merge these two interests into my art. In the ancient world, mosaics were used to capture images of everyday life.”

“These colorful pieces of stone or glass set in mortar were the photographs of empires long past. Marble and glass do not fade. Mortar is mortar. An ancient mosaic looks exactly as intended by the artist who produced it over two millennia ago. What else can claim that kind of staying power? I find this idea simply amazing.”